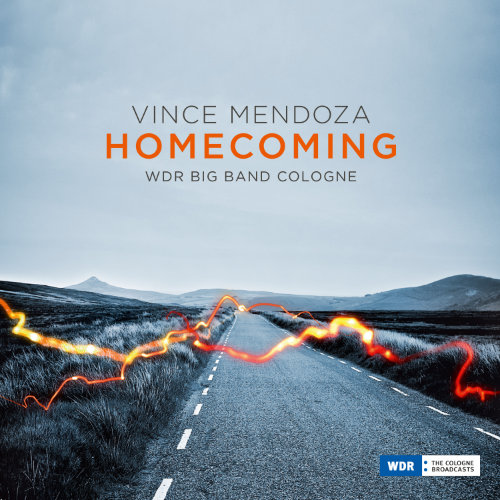 Homecoming. It is hardly surprising that several jazz compositions are known by this name. Especially for the continuously travelling improvisers, those post-modern nomads, to return home to their families is something he/she is longing for during the continuous loop of aeroplane-hotel-stage-aeroplane (even if he/she is longing to be back on the road after a few days at home…).

Home can mean many different things: for some it is being on stage, for others it is an imaginary place, only to be found in their dreams. However, you may also associate homecoming with Vince Mendoza’s return to his acknowledged first love, jazz. Or his reunion with the orchestra he feels deeply connected with for already more than two decades, the WDR Big Band. Maybe the word makes you think of the happy opportunity to once again write your own music. The word has all of these and many more meanings, all of them are coming together in this particular homecoming.

To introduce Vince Mendoza is like sending owls to Athens. Especially in Europe, where it has been the just-mentioned WDR Big Band, which had opened the doors for him many years ago. No need for him to leave another musical visiting card. The initial contact with the orchestra from Cologne has evolved into an artistic long-term relationship long ago. Nevertheless, Homecoming is a sort of calling card, as it not only offers us a view on his world of sound, but – and that is the real point here – it offers us an authentic impression of his entire musical world. To be able to provide a composer with such a privilege is one of the marvellous opportunities a public radio/broadcaster is still able to offer.

These opportunities not always result in magic moments. You don’t need to involve the secret service of the “jazz-police” to get well informed people to confess that big-band musicians are not always terribly happy about every project they are involved in. Sometimes the chemistry between orchestra and the invited supplier of music (a.k.a., the composer) is rather bad. However, the relationship between the WDR Big Band and Vince Mendoza has been exceptionally good right from the start.

His individual style as a composer is very much appreciated in Cologne. Because of this, he was asked in 2014 to work on a concert programme and to perform it in front of a live audience (as well as to produce a CD of the programme, which is additional proof of the good cooperation). To secure his acknowledged competence as a composer for the orchestra on a structured and long-term basis, he was asked to become Composer in Residence of the big band, starting with the concert season of 2016/17. As Bob Mintzer became Chief Conductor at the same time, the band is now led by a sort of “duumvirate” (in addition, both men also teach at the University of Southern California in L.A.). Both of them call Los Angeles their home (Mintzer left New York and moved to the West Coast eight years ago) and both have established a second home-base in Cologne many years ago. Already the very first professional cooperation of Mintzer and Mendoza resulted in something extraordinary: When the saxophonist joined the Yellowjackets in 1990, the band’s chamber-music masterpiece Greenhouse came into existence – with an orchestra-arrangement by Vince Mendoza. They worked as a team again in 1995, during Mendoza’s tenure as conductor of the Dutch Metropole Orkest.

And now Homecoming. There was only one guideline: All compositions had to be his own. The second condition was set by the artist himself: He wanted to use only newly written pieces – and it goes without saying – they were made to measure for the WDR Big Band. The band appreciated his high level of commitment. The recording shows, that permanently employed musicians of a broadcasting house orchestra, working in a well organised setting, are not necessarily just “finishing a project” but can be inspired and at ease when performing. There is no hint of this tiring theme/solo/solo/solo/theme-pattern as Vince Mendoza is a true master of the organic form and the musical arc, a master of densely interwoven musical thoughts. The six- to nine minutes long compositions are complex and intensive without being excessive – on the contrary: the music breathes.

This is already true in the fusion opening track of “Keep It Up”, set in an irresistible intermediate tempo with latent tension - remember Miles Davis. In “Little Voice”, Mendoza unveils his melancholic side. His distinctive style is particularly recognisable in this composition. Everything is in a state of flux; one imagines a landscape slowly gliding past; subtle dashes of colour, a cool-warm blue-orange; nonverbal poetry. However, he is not only the melancholic sound-poet. If there is a second soul beating in his chest, then it is certainly beating in a pronouncedly percussive way – while remaining airy all the time. “Amazonas” and “Daybreak” exude Latin-American flair; Brazil is not far away. Moreover, Brazilian music also features vast harmonic treasures, which makes it particularly interesting for jazz musicians. In his “Choros #3” Mendoza lets the lines dance up and down in spirals through the harmonies. And all of those who are regretting the disappearance of the great jazz melodists, may particularly enjoy his songful lines. This is especially true in the title track, “Homecoming”.

Take one of the leading jazz composers, arrangers and conductors and join him up with one of the world’s best big bands. With these ingredients one can expects the result to be excellent. This is particularly true in the present case, as the long-term musical relationship has developed into something symbiotic, leading to even better results than the already exquisite individual parts alone might achieve. The result of One times one is one – not two. The union of Vince Mendoza/WDR Big Band is as organic as the compositions themselves. They are together at home. A relationship, that has grown over the years and is characterised by mutual respect, the eagerness to work on projects together and the values of cooperation and togetherness, which have known better days. Those better days are back. Karsten Mützelfeldt

I would like to extend my gratitude to the wonderful musicians of the WDR Big Band who have always treated my music with care, respect and enthusiasm. Thank you to Annette Hauber, Lucas Schmid and Joachim Becker for their friendship and long time support of my work, and this project.

Pamela and Luca, this music is for you. 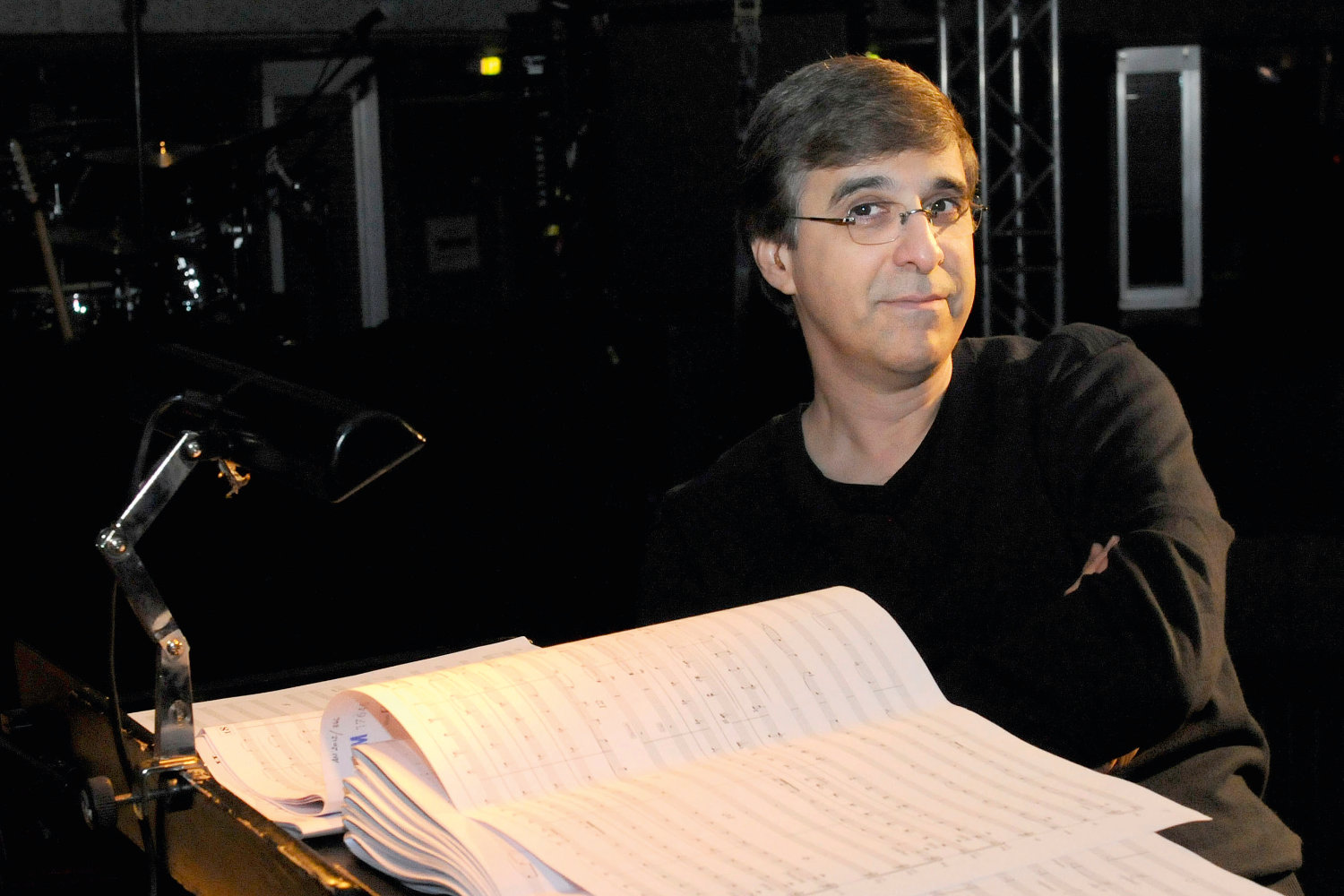 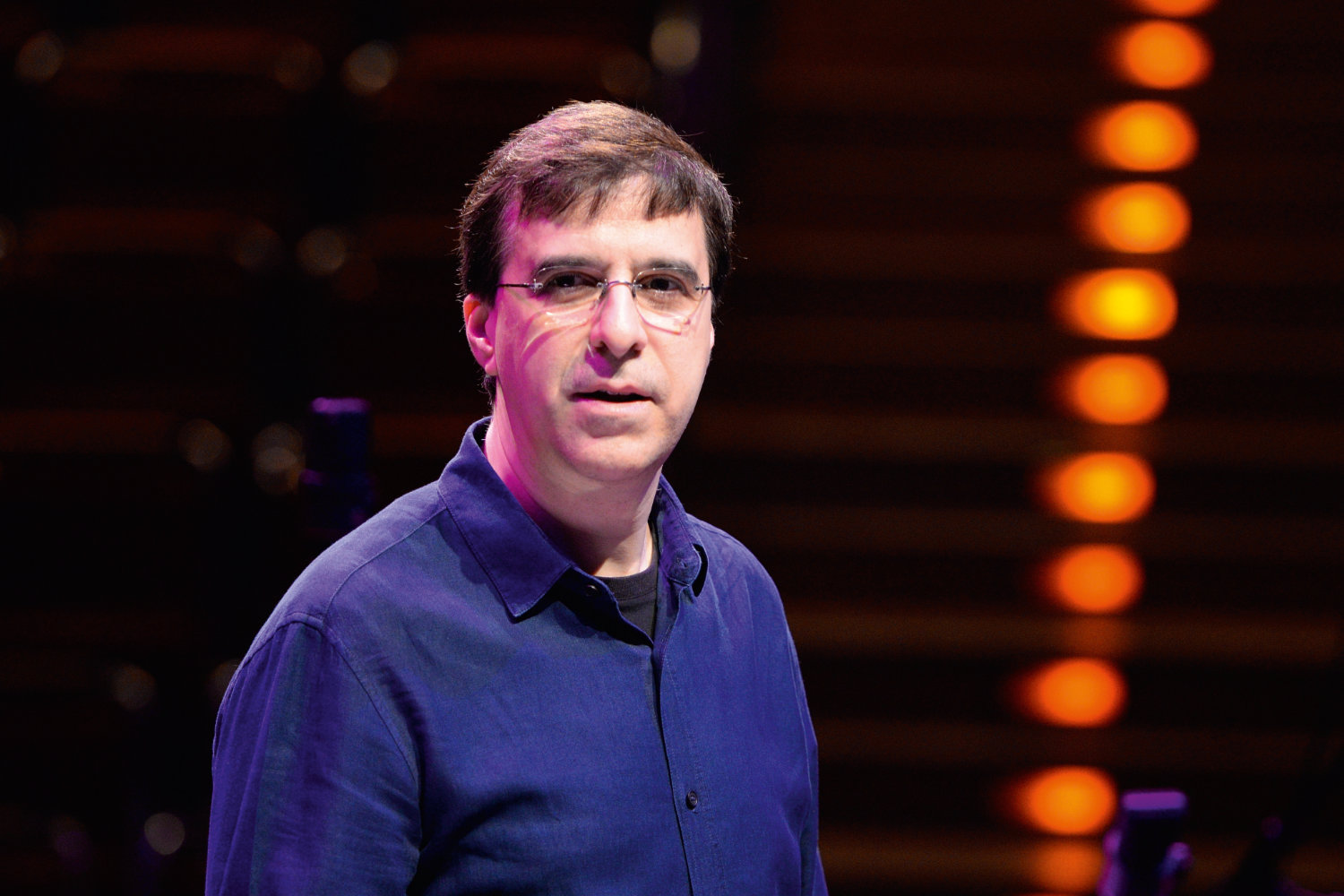 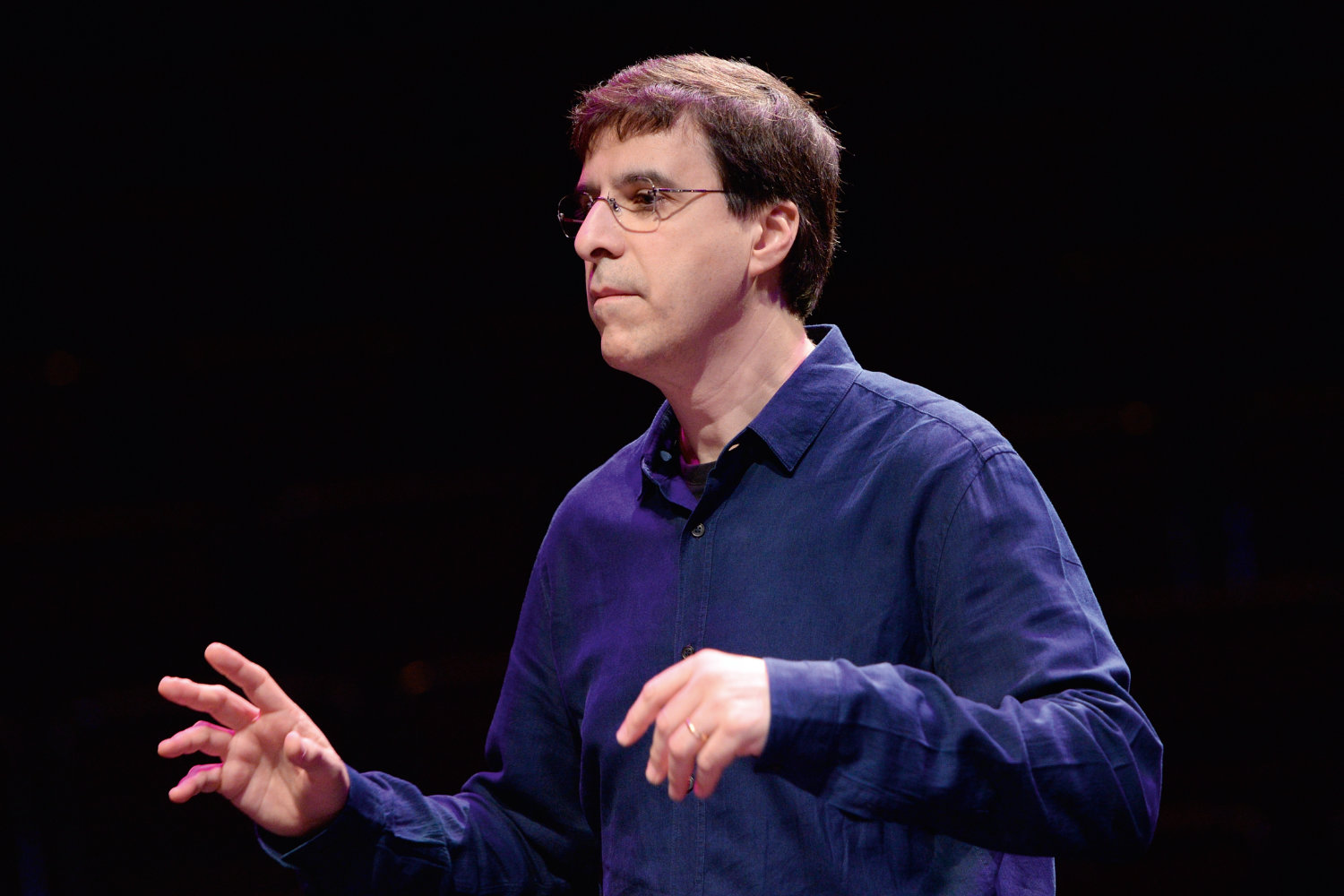 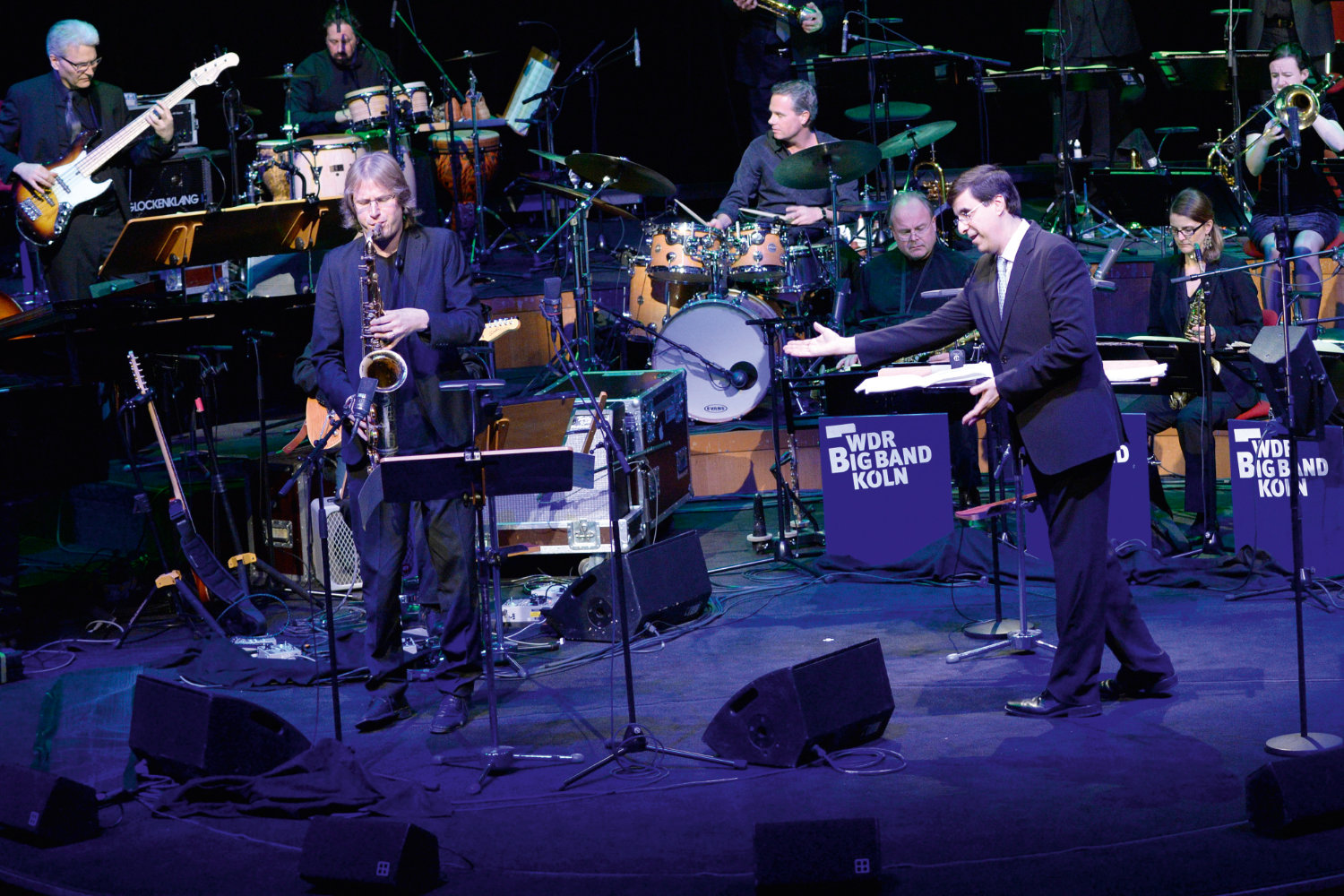