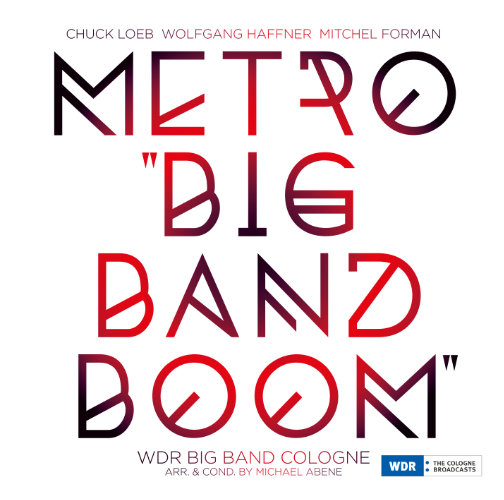 Once upon a time there was a Canadian supermarket chain called LOEB, which was eventually acquired by METRO group. However, it was not this real-life friendly take-over which inspired a guitarist called LOEB to name a band-project METRO…

No, the starting point might have been a ride on the Paris metro (the protagonists themselves are not entirely sure about the formation of the band’s name) – and the noise of rhythmical flow, which is particularly fascinating for musicians. Coincidence or not: The greater part of METROs music is characterised by rhythmical flow…

A journey with (on the) metro: similar to a continental underground line it commutes between the stylistic poles of jazz, the rougher East- and the softer West-Coast. It is neither a high-speed train with mandatory seat belt wearing, powered by testosterone and machismo, nor a creeping slow train, with a fluent passage from relaxed cruising to semi-consciousness.

This metro is not driven by one individual but by a collective: guitarist Chuck Loeb, keyboarder Mitchel Forman and percussionist Wolfgang Haffner. The fact that the three also invite each other to participate in their own productions underscores the impression that these musicians were made for each other: a similar or even identical concept of performance, similar or even identical tastes and ideas of sound.
Loeb and Forman are friends for many years: for more than four decades their paths cross regularly. They have played together in the band of Stan Getz and again and again met in the recording studio. Jazz has shaped them – and the fusion-bands of the 70s and 80s: Mahavishnu Orchestra, Weather Report, Mwandishi, Return to Forever, Yellowjackets, Steps Ahead…

It is not surprising that the hearts of jazz-loving instrumentalists - who were socialised by rock - beat for rock-jazz and fusion in particular. One of the METRO-CDs (Tree People) gets quite boldly to the heart of it – in a just about fifteen seconds lasting interlude, during which – not lacking irony – aesthetic positions are taken up: It commences with a vocal piece by Victor Bailey, in which he purrs gently, imitating the soul pop-crooner Luther Vandross – and ends with the unambiguous exclamation: “Back to fusion!” Got it?
Incidentally it was also a fusion-project by saxophonist Bill Evans (Petite Blonde, 1992) which brought Loeb and Forman together again and which made their long-cherished wish to form a band together at some point more and more desirable. Two years later the time had come: in 1994 the maiden voyage of METRO took place.

It was Anthony Jackson, METRO’s first bass player, who ultimately played a part in transforming the team Loeb/Forman into a leading trio: His advice to invite the drummer Wolfgang Haffner brought the third constant on board. For more than twenty years they now form the steady core of METRO. All the more frequent were the changes of bass players: from Jackson through to Victor Bailey, Mel Brown, Jerry Brooks, Will Lee, Gerald Veasley, Melvin Davis, Tim Lefebvre and Nicolas Fiszman.
Haffner’s musical profile makes him the ideal partner for Loeb and Forman: versatile, well-versed in jazz of European as well as American tradition, sought after as studio musician for jazz, pop and smooth jazz; a friend of floating sounds and a pulsating, groovy rhythmic; a light springy playing, leaving the music enough space to breath.

METRO confidently balance their own standards and market expectations: their fusion-music is more tuneful, rhythmically more grabbing and harmonically savvier than much of the less ambitious smooth jazz. However, they do not shy away from “what separates the boy from the men” (Pat Metheny): the courage to use pure major-triad.

To place the band in the bigger picture may bring out and intensify one or the other musical characteristic. If one would join METRO with a string orchestra for example, then the popular, relaxed side might possibly gain too much prominence. This is certainly not the case, when – as in Big Band Boom – the renowned WDR BIG BAND ensures the XL-dimension. A big band, whose orchestration alone “qua natura” has the right pedigree for jazz and conveys, despite all perfection, something which comes along almost like a virtue and is also familiar to fusion-musicians: the handmade.

To combine all these elements while keeping the balance, which is typical for METRO, and to care for transparency is a formidable challenge for any arranger. Michael Abene, one of the most multifaceted representatives of his profession, has managed to achieve this in a formidable way. He succeeded in completely integrating a smaller unit into a bigger orchestra, without losing its own distinct identity – in the best tradition of the baroque idea of a concerto grosso.

This recording features XL-versions of classics of the group: “Metro“, “Nimbus“, “Grand Slam“ and “Bing Bang Boom!“ are tracks from the debut-album Metro, “Metrocafe“, “Fields of Diamond“ and “Month of Sundays“ from the album Metrocafe, “Rio Frio“ and “Tell Me a Thousand Times“ from Metro Express, “There and Back Again“ from Tree People, “Yikes“ from Grapevine, “The Journey“ from Live at the A-Trane. Speaking of live: Although Big Band Boom was recorded at a studio of WDR – this album radiates the spirit of a live performance.

METRO and the WDR BIG BAND. That is indeed a good match. And how could it be any different: the West German Broadcasting Corporation in Cologne is located in close vicinity to the main railway station…
All aboard! Thanks for choosing METRO!
Karsten Mützelfeldt