A spirited free-thinker and committed non-conformist, saxophonist-composer Shawn Maxwell is clearly courting another kind of muse. “Jackie McLean and Cannonball Adderley are two of my heroes, and I guess you probably wouldn’t even think of it listening to me play. But I’ve transcribed them and been influenced hugely by them. I love Cannonball. But I’m not gonna be Cannonball.”

By relying heavily on the sound of Fender Rhodes electric piano and his own penchant for mixing memorable melodies with angularity and odd meters, Maxwell has come up with something different indeed on Millstream, his ninth album as a leader. With that signature ‘70s sound of Rhodes underscoring the proceedings, Maxwell and his Chicago cohorts (keyboardist Collin Clauson, bassist Jeremiah Hunt and drummer Phil Beale) deal in long forms that avoid tired head-solo-solo-head conventions. “I’ll often write a line without following the rules of ii-v-i and the logic of ‘this leads to that. When I’m composing I’ll think, How can I make this work when maybe it shouldn’t work that way?’ I want it to stand out enough but not so it just sounds like someone’s throwing a pile of forks at a wall or something like that.”

And though he may approach fork-at-a-wall level on at least a couple of tunes on Millstream (the title is for the street where he has lived for years with his wife and kids) and consciously courts Steve Coleman-esque angularity on a few others, there are also deceptively simple tunes here that possess pleasing, even memorable melodies. That mosaic of qualities can be readily heard on the appealing opener, “Ravage Eject,” which features Maxwell’s mellow soprano on top of an entrancing 6/8 feel.

Slightly more dissonant is the chugging “Squared Circle,” which shifts back and forth from three measures of 3/4 to a measure of 5/4 and includes some cathartic alto blowing over the top. “Welcome Anxiety” is essentially a full band ostinato fueled by Clauson’s spiky, grunge-toned Rhodes and Beale’s fractured drum fills. It also features more urgent, high register alto wailing from the leader. “That’s where my Michael Brecker-David Sanborn fandom comes out,” he confides. “I sound nothing like them but I’m going into that vein a bit on that solo.”

Maxwell’s renegade streak continues on “Elbow of Phyllis,” a warm piece that is underscored by tension in the push-and-pull from a measure of 4/4 to a measure of 7/8. As the composer explains: “I’m a runner. I’ve done the Chicago Marathon three times and I’ve run a lot of half marathons. But I didn’t start doing it until my 30s and for a couple of years I wasn’t stretching and doing things I probably should’ve done. So I went to this massage therapist named Phyllis, who I now call my unofficial trainer. She puts me back into good shape and it’s not like fluffy, foo-foo massage, as she calls it. She was working on my back and legs and she just beats the hell out of it. I’m almost screaming on the table as she's putting me back together. And I’ve come to find out one of the things she uses when she is messing with me is her elbow. So this song is for her. It’s the sound of being tortured as you’re being put back together from someone’s elbow.”

The interlude “We Salt Everything,” which finds the leader concocting a dissonant interval by overdubbing alto and soprano saxes on top of a percussive undercurrent, approaches weirdness while the challenging “Sold Separately” is a rhythmic puzzle that sounds like it might’ve come out of the Steve Coleman school. Says Maxwell, “Right when I was getting ready to leave college — and I can’t believe it took me that long — I discovered two saxophone players who became heroes of mine, Kenny Garrett and Steve Coleman. In my senior year of college I was way into Kenny, and then the year after that I was ready for Steve. I dig the hell out of everything he does. I think that dude’s a genius.” The Rhodes here helps build to a big crescendo on the back of Beale’s kinetic drumming as the leader takes off on a forceful alto solo.

An echo-laden Rhodes creates a floaty effect on the moody “Napping in…Sunshine,” which gradually builds an ecstatic crescendo with Maxwell wailing over the top simultaneously (via overdubbing) on two altos and one soprano. The subtitle of this tune, “A Tribute to Dogs and Lazy People Everywhere,” was inspired by a simple summer pleasure. “I kind of got the idea from watching my dog nap in the sunshine and seeing how content she was,” he explains.

“Front Walk Over,” which previously appeared on 2014’s Alliance, offers more in the tight trumpet-alto harmonies upfront and counterpoint from Clauson’s Rhodes. It also includes some rather freewheeling exchanges between Maxwell and special guest trumpeter Chad McCullough. “Chad’s a very good friend of mine,” says the leader. “He’s toured with me quite a bit with my quintet. I wanted to go more with a quartet on this one, but there were those two tracks where I was hearing some trumpet. So he came down and what we did together was pretty free. We have worked together enough over the last hand full of years to where we just know each other really well. He gets what I want.”

Another brief interlude, “Tails Wins,” is a stark duo between Maxwell’s warmly soaring soprano and a loop of Beale’s vaguely military drum cadence. “No One Bossa,” a piece that premiered on the leader’s 2005 debut album, Originals, is an updating of that Brazilian-tinged number. After opening with a brisk line played in unison by alto, bass and keys, Clauson massages the groove with reverb-soaked Wurlitzer before contributing a soulful and remarkably agile solo on this affecting number. Maxwell begins his alto solo in half-time on the quirky head, then breaks loose with some ferocious blowing on the mellow section, double-timing and soaring into the upper register of his horn with ease. Beale then traverses the kit with polyrhythmic aplomb over a frantic ostinato to put an exclamation point on this bossa.

The album closes on a caustic note with “Agent Orange,” Maxwell’s paean to modern politics. Marked by darkness and a general sense of foreboding, this bashing anthem could’ve served as the theme for King Kong or Godzilla or any other monster bent on utter annihilation. But it also works well here. “I told everybody, ‘Put your feelings into this.’ And this is kind of what we got. It conveys that perfect blend of weirdness and almost anger, I would say.”

Bill Milkowski is a regular contributor to Downbeat, Absolute Sound and Jazziz magazines. He is also the author of “JACO: The Extraordinary and Tragic Life of Jaco Pastorius” and an upcoming biography on the late tenor sax great, Michael Brecker.

Special thanks to all musicians on this album for your hard work and artistry.
It is a pleasure making music with you.
Big thanks to Richard Waring for making things happen, Joachim Becker, and all at Jazzline, for the support on this project, Nick Eipers for always going above and beyond, Michael Skinner, Mike Fenoglio, Rebecca Scholldorf and everyone else at Vandoren USA, Scott Campbell, Stephanie Richards and the rest of the staff at Conn-Selmer and all friends, family & fans for their continued support. 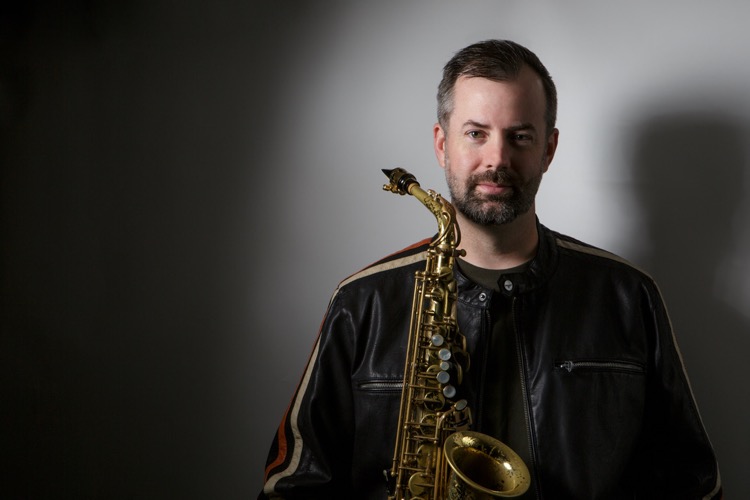 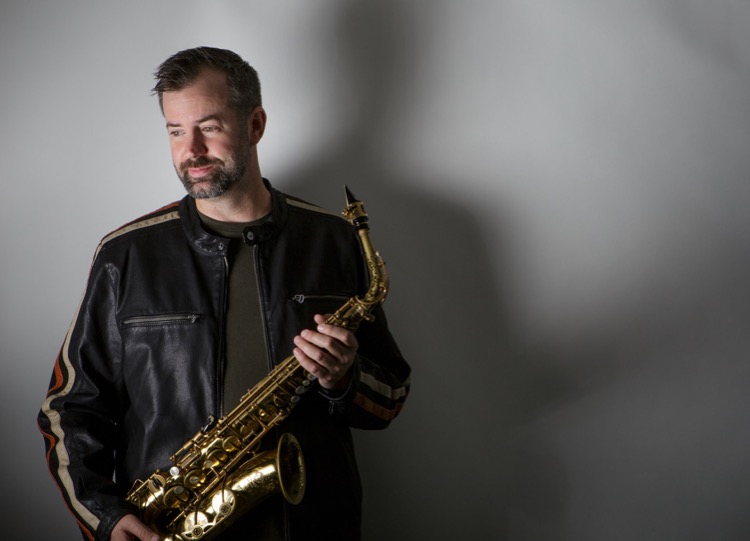 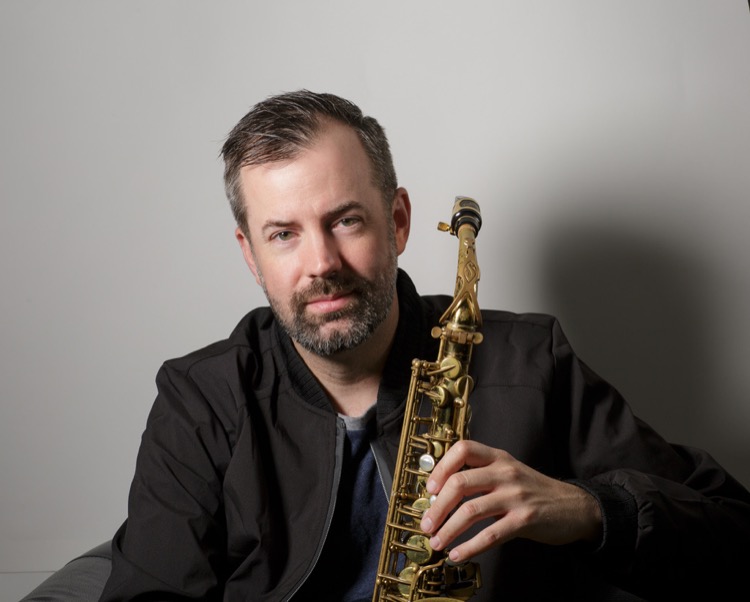 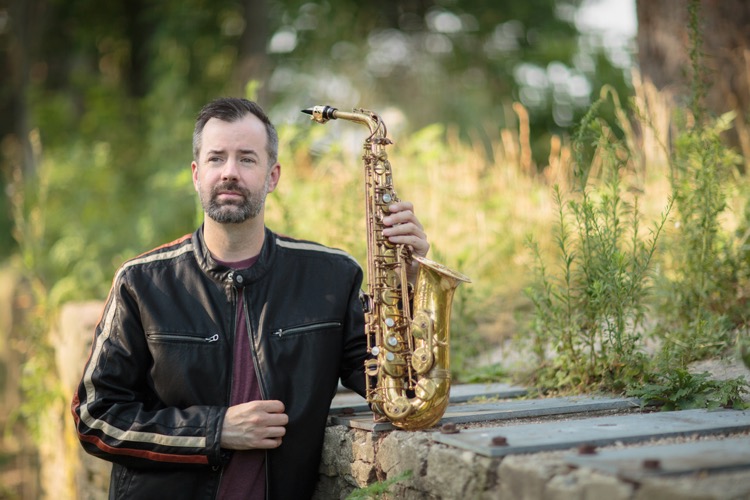 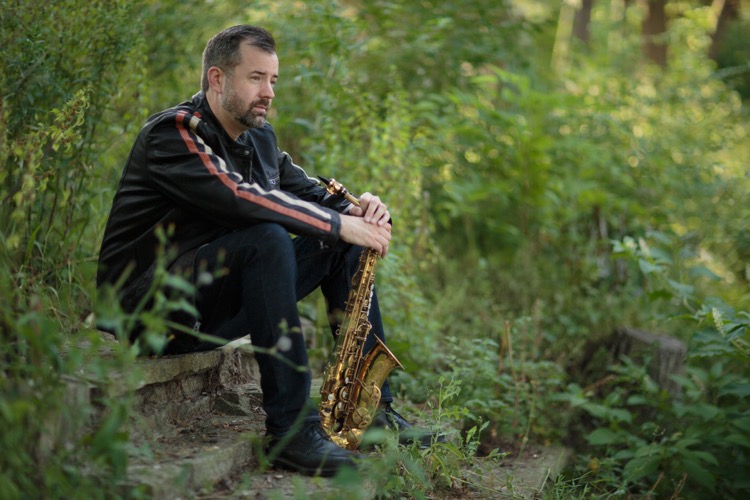 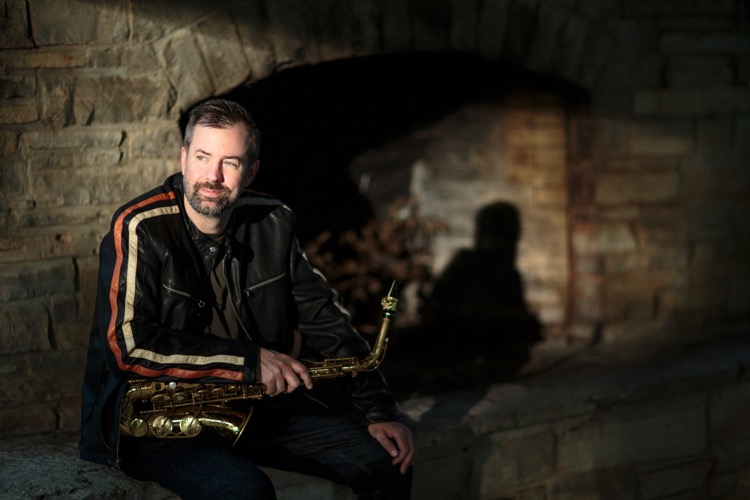 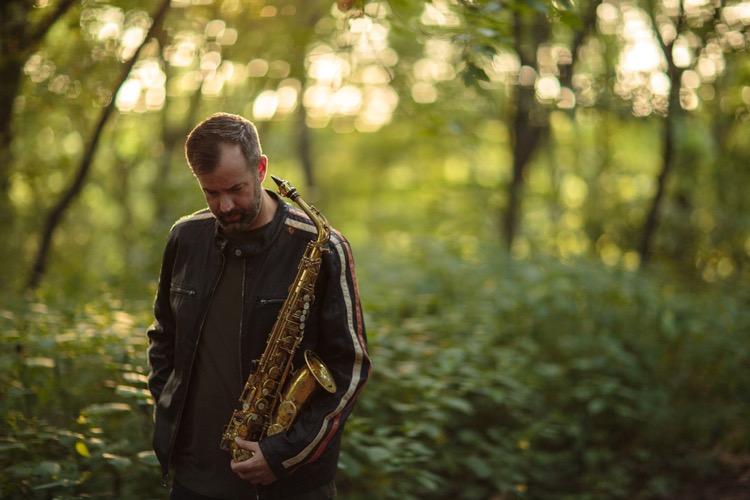 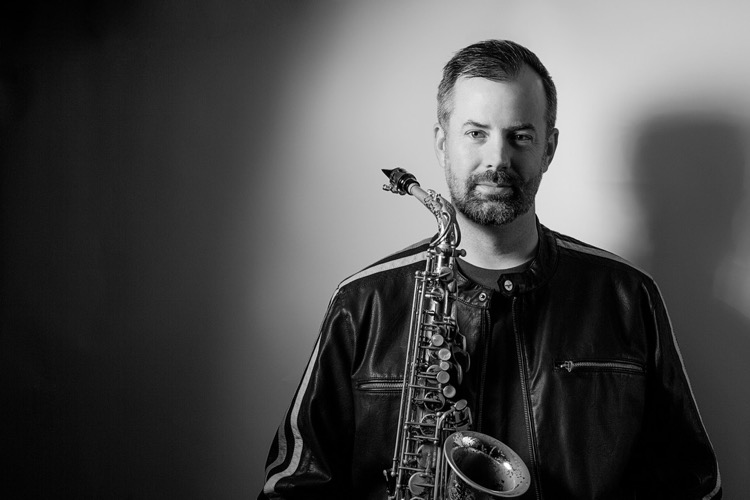 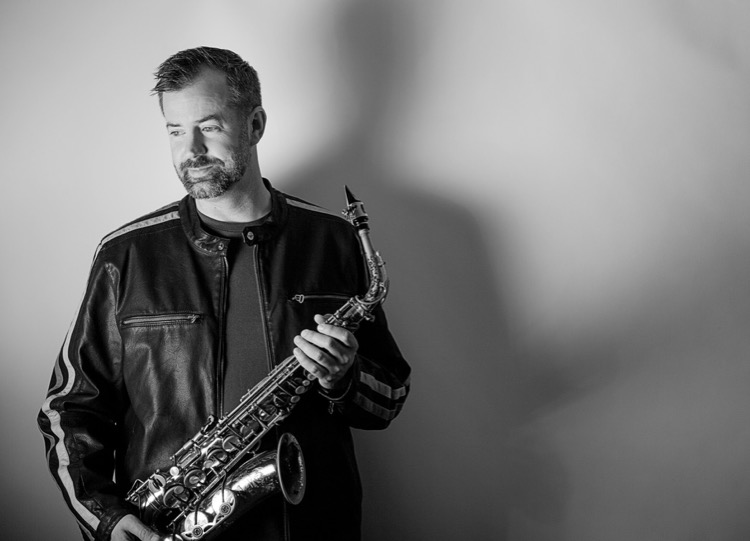 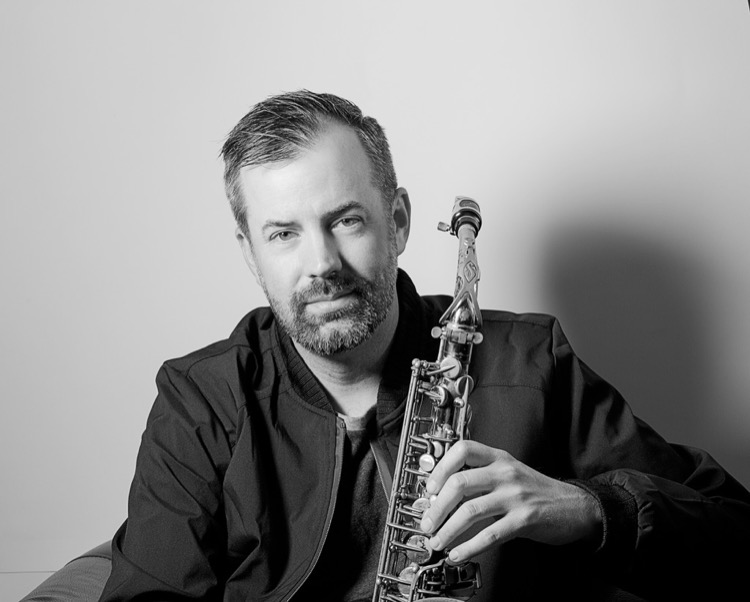 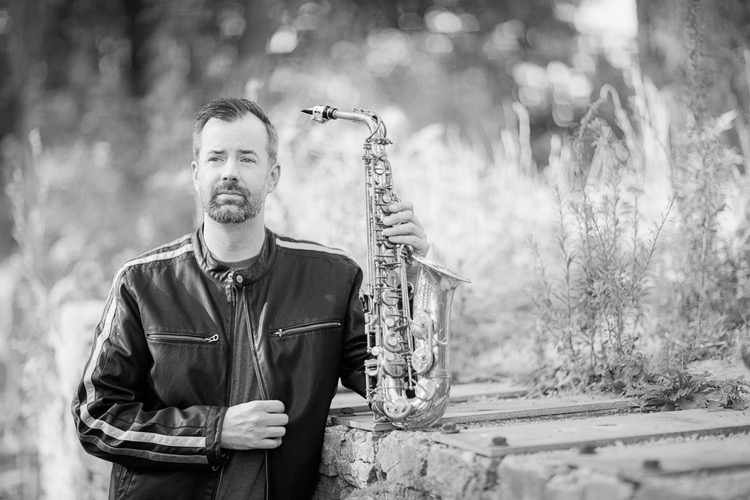 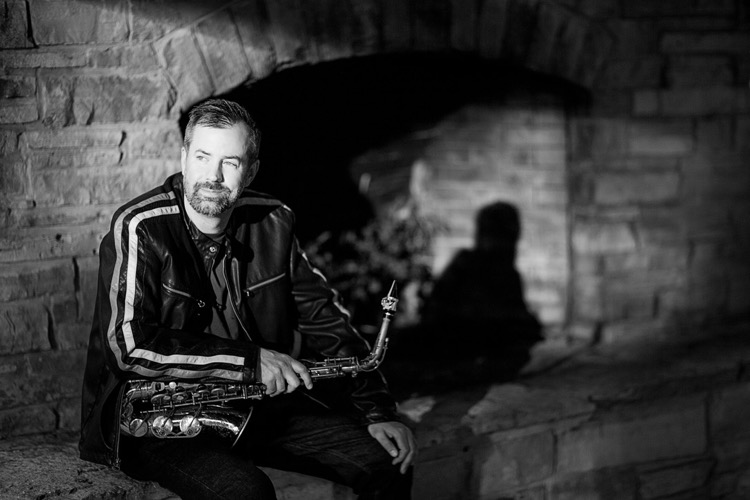 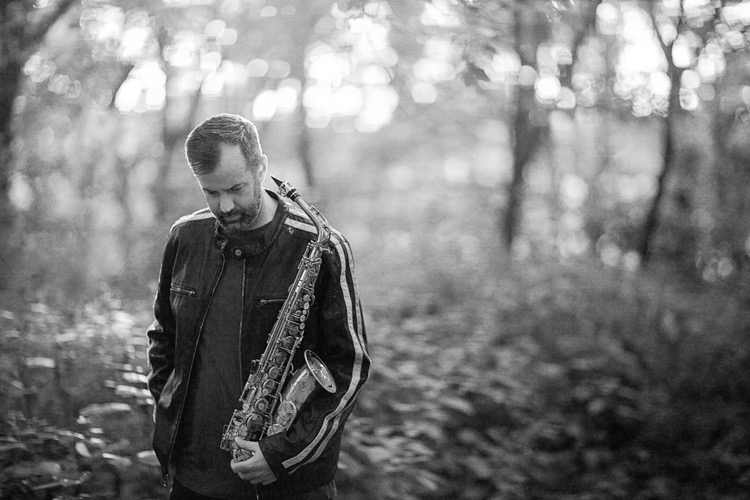