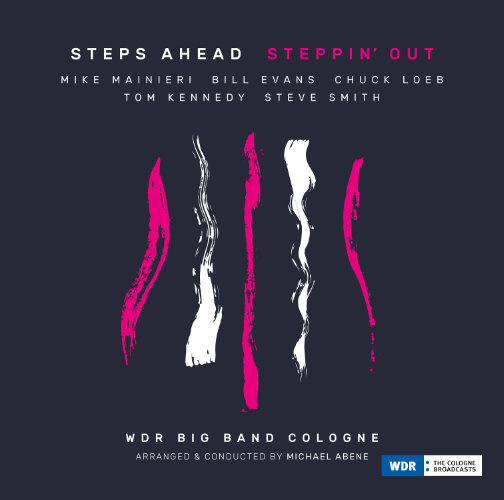 Like Art Blakey & The Jazz Messengers from another era, Steps Ahead is a longstanding institution of higher education that has graduated a plethora of promising young talent over the course of four decades. Such rising stars as saxophonists Donny McCaslin and Bendik, guitarists Jimi Tunnel and Bryan Baker, keyboardists Eliane Elias and Rachel Z, bassists Etienne Mbappe and Richard Bona have passed through the ranks of the popular New York City fusion group.

Formed in 1979 by vibraphonist-composer Mike Mainieri and tenor saxophonist Michael Brecker, along with drummer Steve Gadd, bassist Eddie Gomez and pianist Don Grolnick, as a gigging vehicle for the 7th Avenue South nightclub (which the Brecker brothers had a financial interest in), the group recorded three albums under the name Steps (including 1980’s excellent live album Smokin’ in the Pit, recorded at the Pit Inn in Tokyo) before changing its name to Steps Ahead in 1982. Through the ‘80s, ‘90s and into the new millenium, the band toured and recorded regularly, with Mainieri being the one constant in an ever-changing lineup. “The music of Steps Ahead has always been eclectic,” explains Mainieri. “Some of it hard-hitting, there’s straight ahead stuff and more folkish stuff. We kind of ran the gamut over the years.”

With Steppin’ Out, the group’s collaboration with the WDR Big Band of Cologne, Mainieri is able to realize some classic Steps Ahead compositions in new surroundings, courtesy of the WDR’s Brooklyn-born Conductor and Arranger Michael Abene, who has headed up this superb big band since 2005 and overseen similar collaborations with the likes of Joe Lovano, John Scofield, Mike Stern, Hiram Bullock, Maceo Parker and Patti Austin. “It’s really interesting to hear him open this stuff up,” says Mainieri, who has known Abene for more than 50 years. “He and I go back to 1962 when I first heard him play. We were playing opposite each other at Birdland. He was with Maynard Ferguson’s band, I was with Buddy Buddy Rich’s sextet. I ended up hiring him in ’63 for a gig we did in Las Vegas with Buddy’s sextet. I’ll never forget, the day we arrived in Vegas was the day that President Kennedy was assassinated. So we get out there and it was lights out in Vegas for a week, which was unheard of. Vegas went dark. So we just kind of hung out. And then we played six weeks in the lounge with Buddy’s sextet. That’s how we really connected then and we’ve been friends through the years. So this is a reunion of sorts with Mike after all these years, and it was really nice for he and I to connect on this music. I couldn’t imagine a more talented cat to expand on the music.”

Abene’s musical contributions can be heard on the new intros and interludes along with the subtle reharmonizations, rich voicings and savvy bits of counterpoint he creates on classic Steps Ahead pieces like Don Grolnick’s “Pools” (from 1983’s Steps Ahead), Mainieri’s urgently swinging “Steppish” (from 1992’s Yin-Yang) and “Blue Montreux” (title track of a live 1979 album by the Arista All-Stars featuring Mainieri recorded at the Montreux Jazz Festival). But Abene’s crowning achievement as arranger on Steppin’ Out just might be his gorgeous writing for Mainieri’s poignant and lyrical “Self Portrait” (from 1983’s Modern Times).

The band of all-stars featured with Mainieri on this stellar encounter with the WDR Big Band includes tenor saxophonist and former Miles Davis sideman Bill Evans, drummer Steve Smith, guitarist Chuck Loeb and bassist Tom Kennedy. All are certifiable killer soloists as they ably demonstrate on the opening “Pools,” which gives everyone a taste. Evans also burns white-hot on “Blue Montreux” and engages in some fiery exchanges with the WDR’s resident tenor burner Paul Heller on the “Giant Steps” type solo section of “Oops” (from Modern Times). While Evans played in Steps Ahead following the death of saxophonist Bob Berg in 2002, Loeb and Kennedy’s association with the band goes back to the ‘80s. “Chuck Loeb was the first electric guitarist to play with Michael Brecker and I,“ recalls Mainieri. “And Tom Kennedy was the first electric bass player to play with us. Victor Bailey followed Tom in that lineup. So it was great to get those original guys on this project.”

Evans, who plays with unbridled intensity on tenor throughout Steppin’ Out, switches to soprano on the percolating “Beirut” (from 1986’s Magnetic). Abene employs some dynamic orchestrations from the big band on this number while drummer Smith delivers a virtuosic drum solo while accompanying himself on South Indian Carnatic konokol singing. Mainieri’s signature ballad “Sara’s Touch” (from his 1981 solo album Wanderlust) is a lyrical offering that stands as his “Chelsea Bridge” or “New York State of Mind.” The WDR’s trombonist Andy Hunter delivers a beautiful trombone solo here and engages in some spirited call-and-response with Evans’ tenor sax on this engaging number. “I already had a really nice big band arrangement of ‘Sara’s Touch,’” says Mainieri, “but Michael approached it in a very different way, with that very beautiful intro and his way of reharmonizing it. He took a folkish kind of chorale approach to the song, and I really love that.”

The collection closes on a potent note with the kinetic “Trains” (from Magnetic), which features a bold tenor solo from Evans and a biting bent-string guitar solo from Loeb at the tag. Abene’s rich orchestrations add immeasurably to this ‘80s anthem.

Bill Milkowski is a regular contributor to Down Beat and Jazzthing magazines. He is also the author of “JACO: The Extraordinary and Tragic Life of Jaco Pastorius” (Backbeat Books)

Produced by Joachim Becker
A production of Westdeutscher Rundfunk, Cologne

I'd like to extend my sincere thanks to producer Joachim Becker for the invitation and invaluable input throughout the entire process of our recordings and live performances.
A special thanks to Mike Abene whose creative arrangements lent a new slant to the Steps Ahead 'book'. Mikey 'A'', you are amazing!
A shout out to the Steps Ahead 'alumni', Bill Evans, Chuck Loeb, Tom Kennedy and Steve Smith for making these performances and week with the WDR a 'hang' I will never forget.

To Annette Hauber, Lucas Schmid and the studio crew Christian Schmitt, Reinhold Nickel and Tobias Kiendl who made this CD and event possible.
I sincerely thank you for your continued support of the arts. Your dedication and professionalism throughout the decades is a rarity in this day and age. I gratefully thank you as one of the many artists you've invited to perform with the WDR musicians, arrangers and
once again be a part of the WDR family. 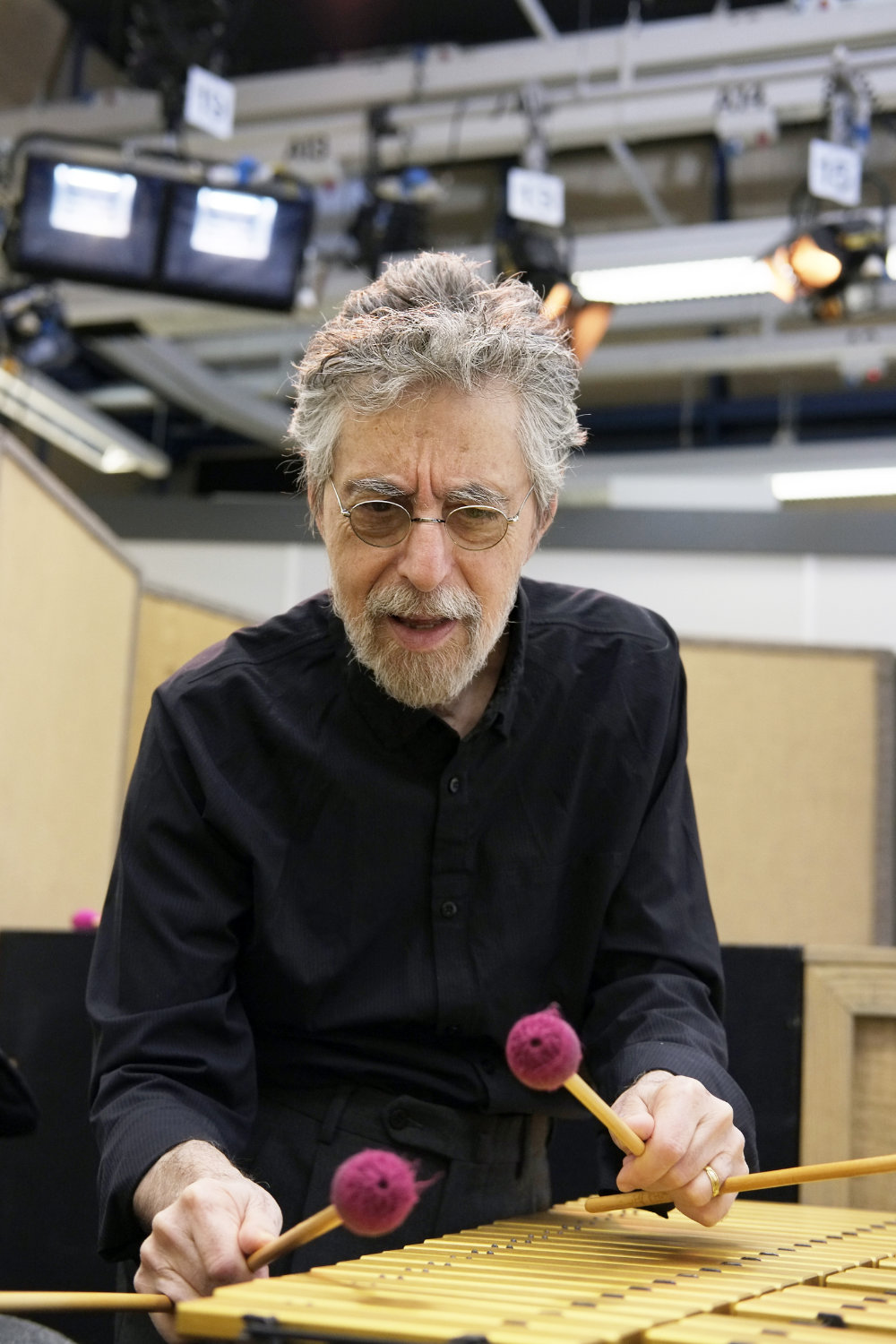 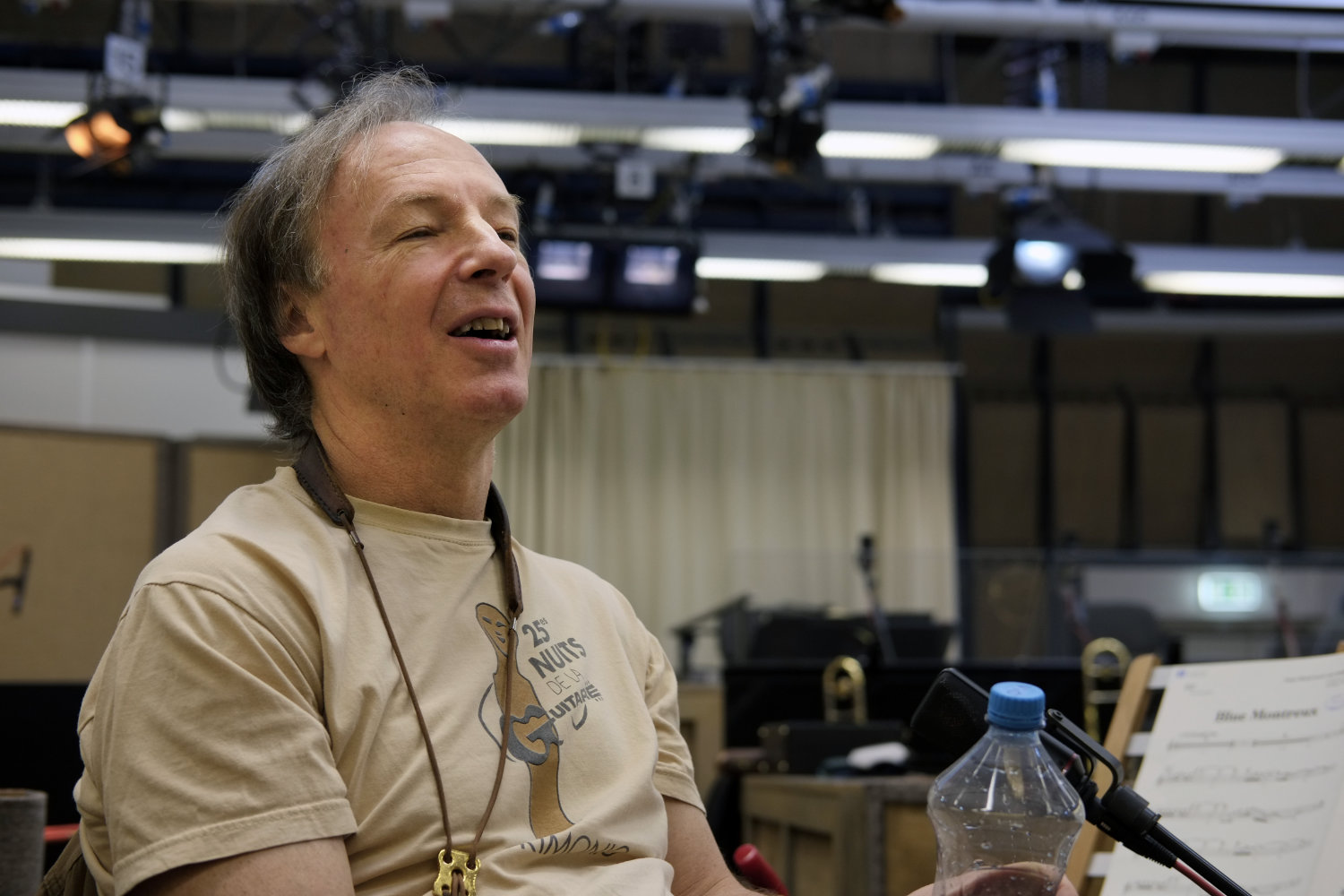 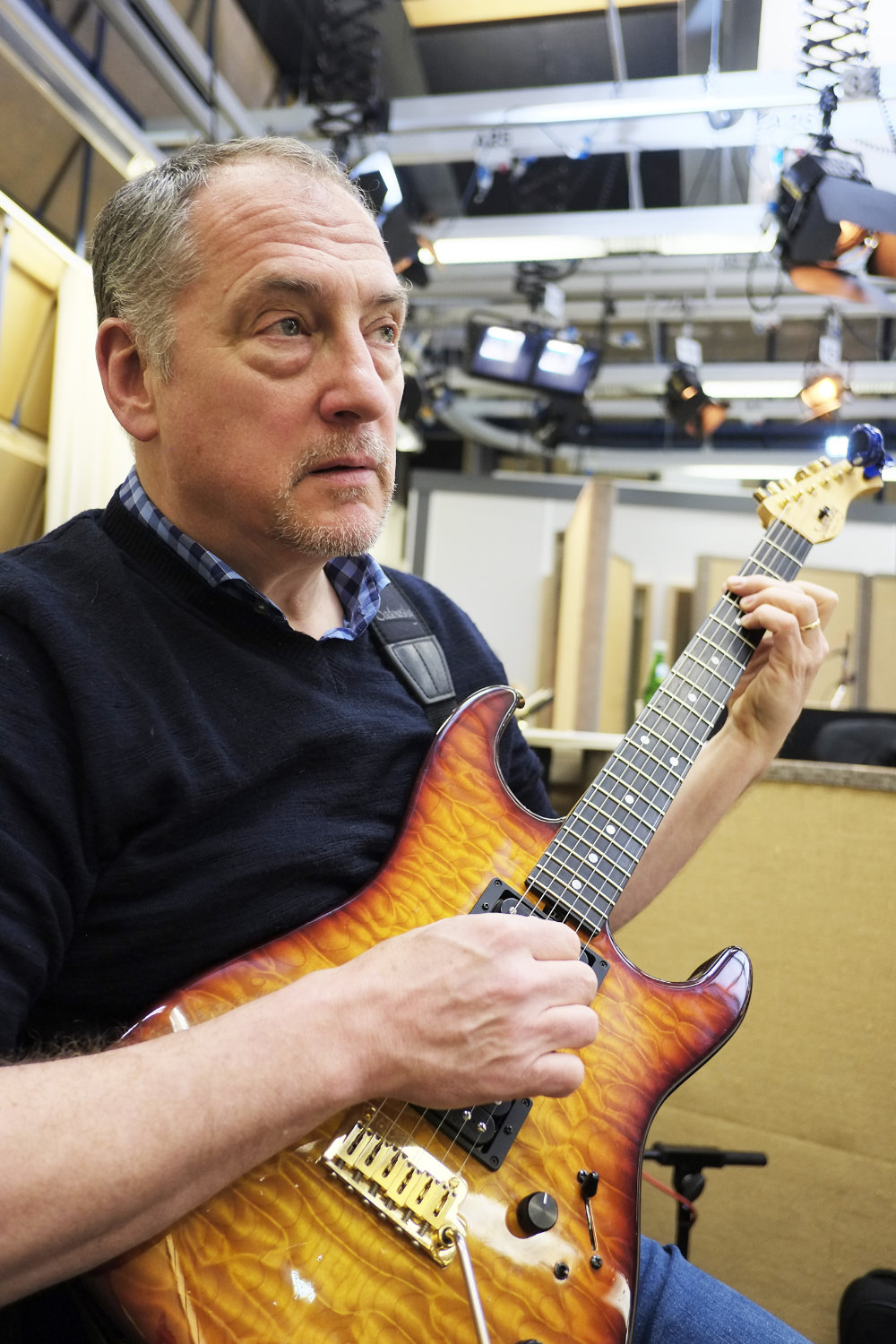 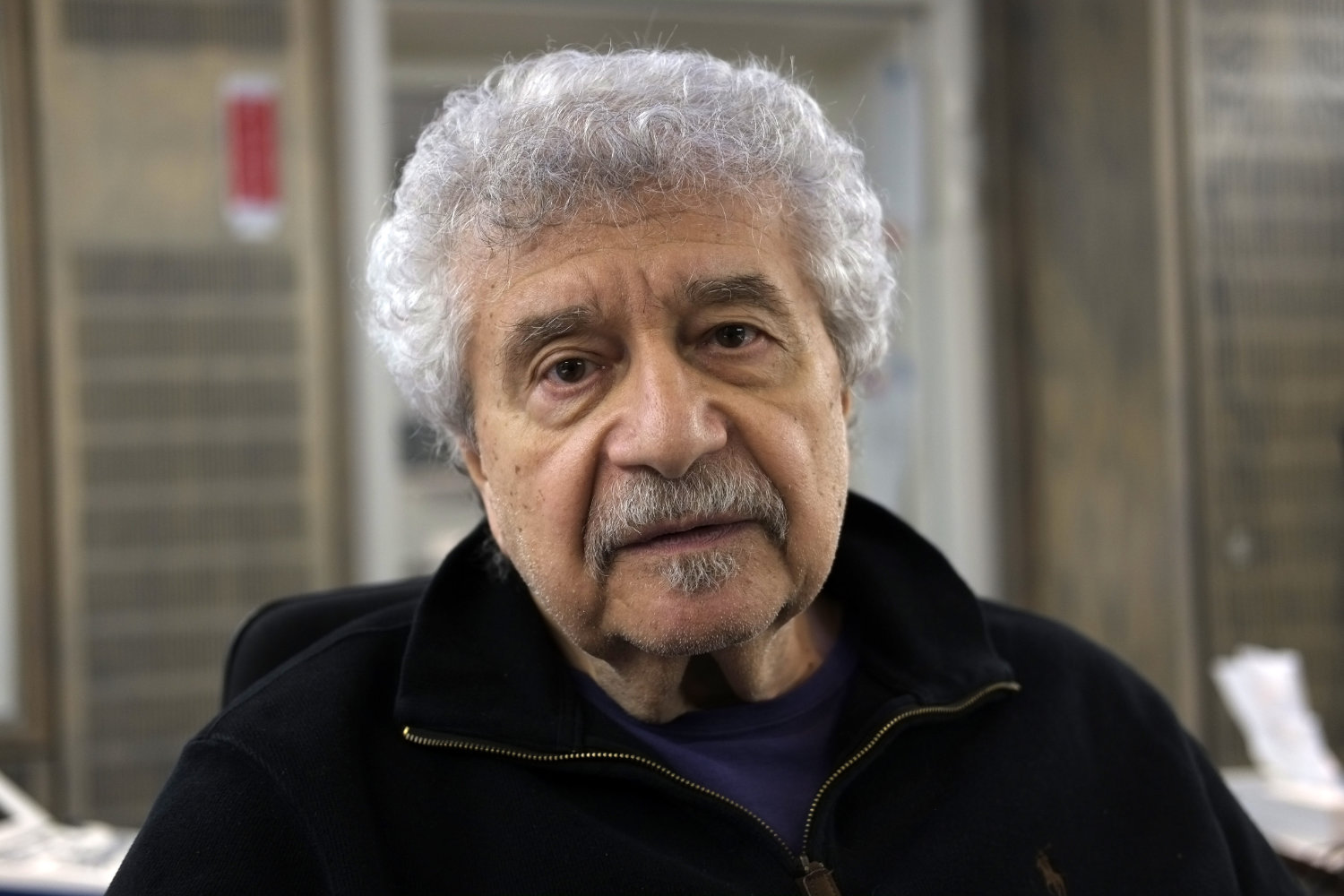 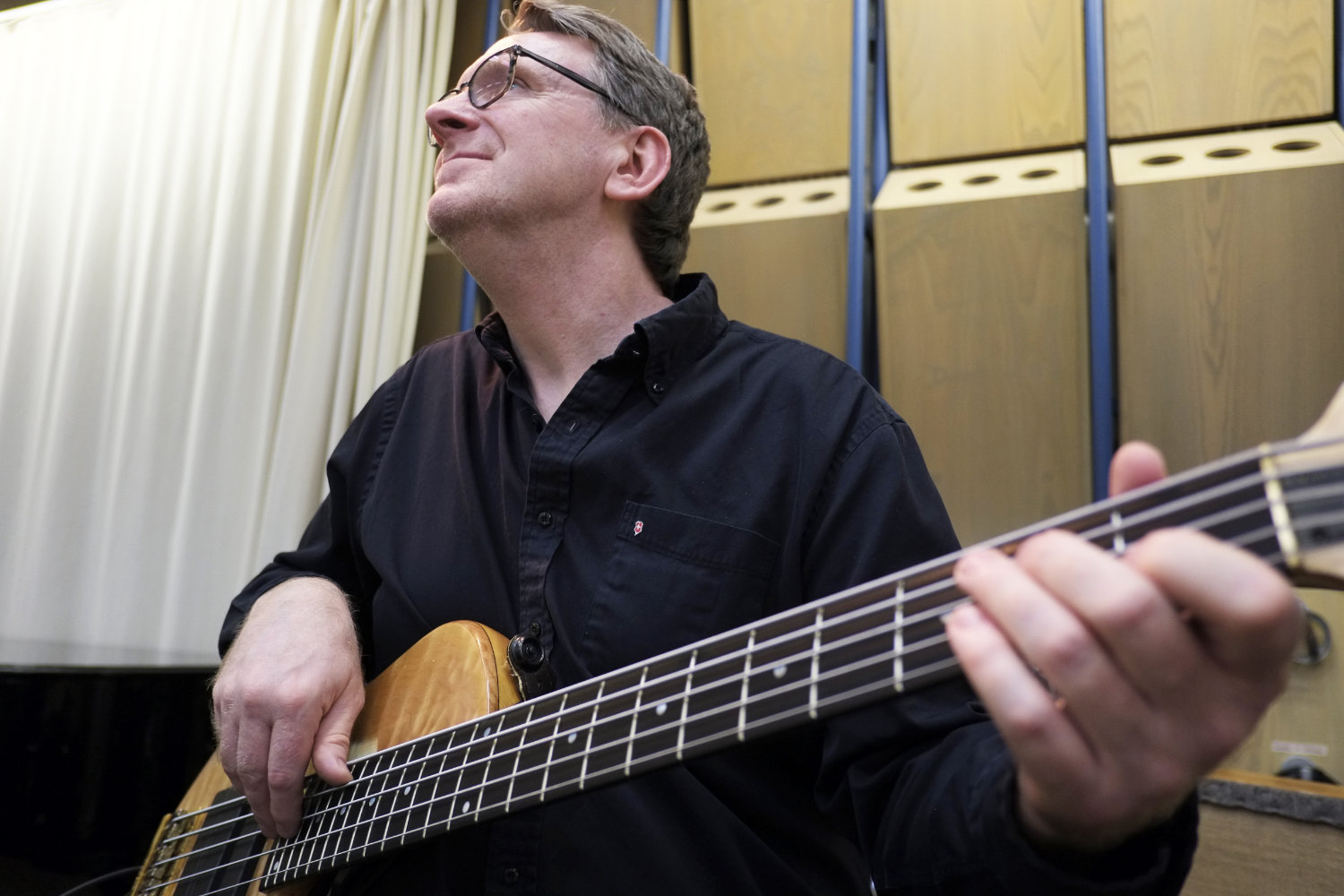 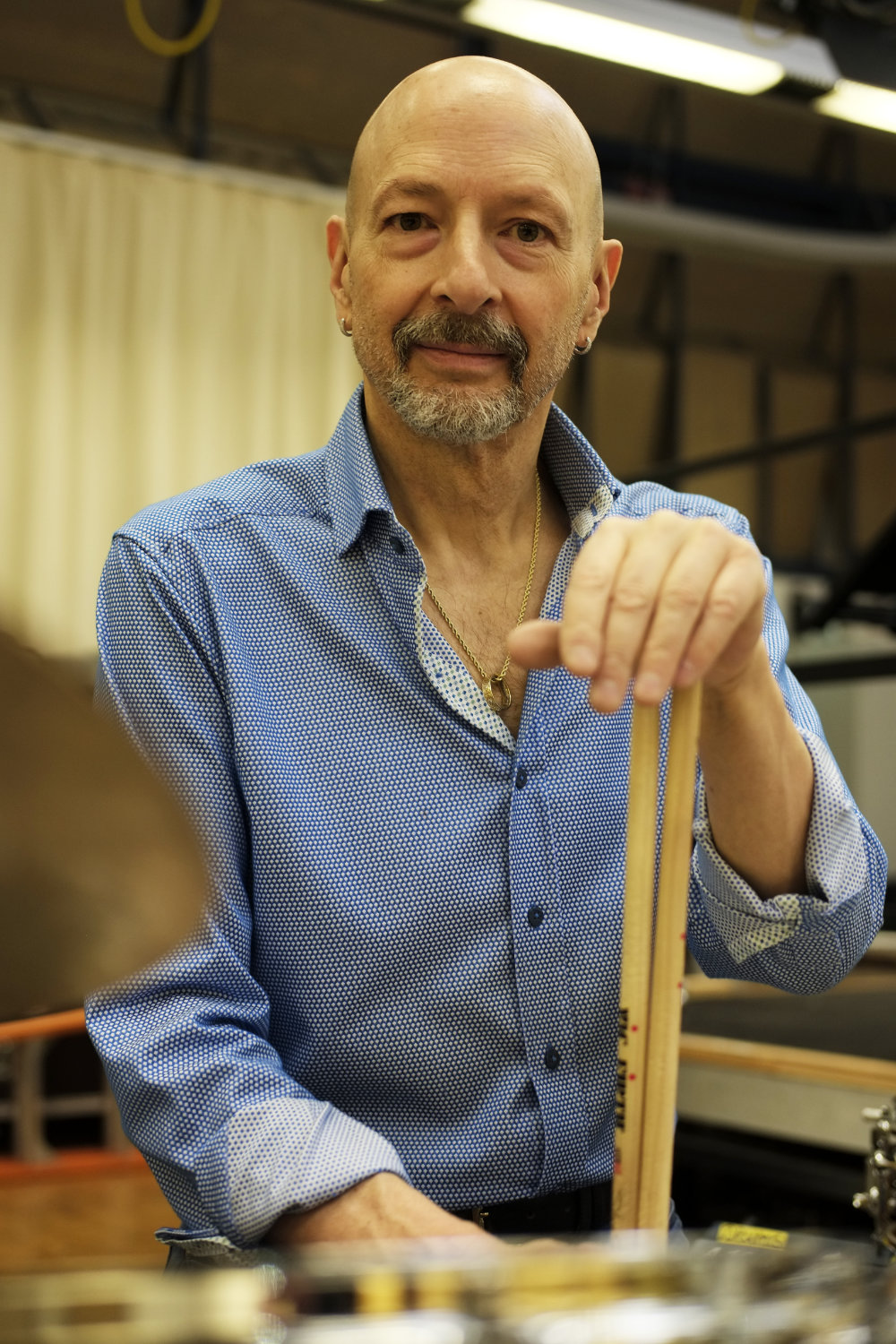