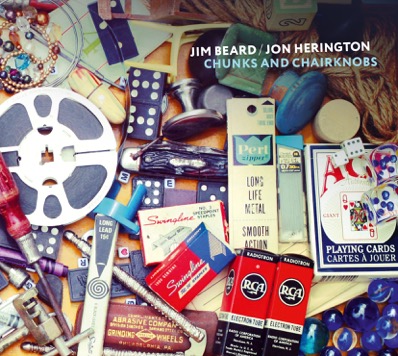 It’s only natural that pianist Jim Beard and guitarist Jon Herington would strike the kind of special accord heard throughout this intimate duo encounter. They’ve shared countless hours in the studio over the years playing on each other’s albums, beginning with Beard’s 1990 debut Song of the Sun and continuing through to Herington’s 2016 album Adult Entertainment. They’ve worked together as sidemen on recordings by bassist Victor Bailey, saxophonists Bill Evans and Bob Berg, drummer Dennis Chambers and brothers Michael and Randy Brecker. And they’ve shared the bandstand on tour with Steely Dan for the past several years — 20 for Herington, 11 for Beard. “There are many, many records and gigs and times of our lives,” said Herington, reflecting back on their musical partnership. “Not only that, we’ve been sharing a studio ever since we got to New York, which is probably since 1987.”

At the time of this writing, Beard and Herington had just come off a three-week residency with Steely Dan at the Venetian in Las Vegas, so their Dan chops were polished to a bright sheen. But they were also basking in the after-glow of having recently recorded this superb duet album. And though guitar and piano are not generally regarded as ideal mates in a duo setting, the two kindred spirits found a way to seamlessly blend in the studio, divvying up duties on eight tunes, easily alternating roles, comping for each other while delivering melodic gems and brilliant solos along the way.

“Not all of that happened right away spontaneously,” Beard pointed out. “We did have to think about who could do what where, because it’s not the most natural duo instrumentation. It’s so much different than if it were piano and bass or guitar and bass, piano and saxophone or guitar and saxophone. Because the two instruments are so similar in the way they function and behave in a group, particularly the chordal aspect of it. So it did take a little bit of think-time to figure out what would be best.”

“It’s two instruments that do not necessarily cooperate too well,” added Herington. “And because the role of each instrument is similar, it kind of presents a real problem — Who’s going to play the bass part? Who’s going to keep time? So we had to hunt for different tunes and figure out what we could do to them to make them work. And it took quite a while.”

While the ultimate role model for guitar-piano duets would have to be Jim Hall and Bill Evans (check out 1962’s Undercurrent and 1966’s Intermodulations), Beard and Herington avoid comparisons by taking a decidedly different path on Chunks and Chairknobs. “Bill Evans-Jim Hall is my favorite example of that piano-guitar genre,” Herington agreed. “We were fully aware of how great those two records are. I know both of them intimately and they’re both just fantastic. By the same token, we also knew that we’re not really players like that, and that’s mostly evident in the original tunes that we put on the record. Those tunes are not jazz tunes like what Jim Hall and Bill Evans would’ve played. So that kind of puts us in a completely different place. And once we were beginning to get stuff that we felt was going to work, it felt a little less daunting.”

As you delve into Chunks and Chairknobs, it becomes clear that their long tenure with Steely Dan has rubbed off on both Beard and Herington. Their meticulous craftsmanship and knack for sneaking complex harmonies and chords into song-driven settings is positively Dan-like. But Beard and Herington also bring something unique to the program that puts them in their own zone. Beard, a wildly creative spirit with a brilliant, slightly subversive mind, has a wealth of musical experience to draw from. A classically trained pianist, he studied arranging with Don Sebesky and studied piano with Sir Roland Hanna and George Shearing. The keyboardist of choice for John McLaughlin, Wayne Shorter and John Scofield, Beard is also a prolific composer whose signature works have appeared on albums by Michael Brecker (1988’s Don’t Try This at Home, 1990’s Now You See It…Now You Don’t), McLaughlin (1987’s Adventures in Radioland), Bob Berg (1990’s In the Shadows, 1994’s Riddles) and Bill Evans (1996’s Escape, 1997’s Starfish and the Moon). As a widely respected producer, he has helmed 11 albums for guitarist Mike Stern as well as projects for drummer Dennis Chambers, trumpeter Michael “Patches” Stewart, violinist Didier Lockwood, pianist Eliane Elias, trumpeter Randy Brecker and saxophonists Berg and Evans. His compositional prowess and quirky penchant is further showcased on his six albums as a leader —1990’s Song of the Sun, 1994’s Lost at the Carnival, 1997’s Truly, 1999’s Advocate, 2008’s Revolutions and 2013’s Show of Hands.

All of these qualities — Steely Dan slickness combined with an obvious love of rock and a reverence for the jazz tradition — emerge here with Beard and Herington forming the perfect tag team on Chunks and Chairknobs. “The idea of doing a record didn’t come first,” explained Beard. “About two and a half years ago we did a short mid-Atlantic States tour just to try it out, and it worked out pretty well. In fact, a European agent said he could book a tour for us if we had an album out. So we decided to do one.”

Their own idiosyncratic take on the piano-guitar duo comes across right out of the gate on the jaunty title track to Chunks and Chairknobs, which opens with a Monk-like piano figure that segues to a rollicking barrelhouse New Orleans feel melded to a touch of ragtime. Picture Scott Joplin meets Professor Longhair and Thelonious Monk at Erroll Garner’s house. Originally appearing as a full band version on Beard’s 1997 album, Lost at the Carnival, it is reimagined here as a striking duo number. “There are certainly echoes of that old New Orleans thing,” said Herington, “but it’s also so much Jim’s sort of wacky world when he writes, which is what was so fun about it.”

Herington, who had played on the original version of this tune, contributes a particularly soulful guitar solo here. “Jim kept saying, ‘It’s gotta be more fun! Crazier, more wild!’ So I had to bend some strings and try to inject some life into it with just a little more scooping and sliding. To just play it straight would’ve been too flat, so I used more expression that comes from blues and rock playing than I think I would normally use.”

Herington’s “Double Blind,” a thoughtful piece tinged with melancholy, was originally written for his Japan-only release in 1992. “That was the one that seemed like the best fit for the duo, and it’s also one that Jim has liked the best. I think it’s the darker quality of that tune that he likes.”

“That’s actually a new name for an old song,” explained Beard. “The original name was ‘Behind the Mask’ and it was on Jon’s record The Complete Rhyming Dictionary. He reissued it in 2008 as Pulse and Cadence and changed the name of that tune from ‘Behind the Mask’ to ‘Double Blind.’ (Likewise, Herington’s funky “Whoopie Tie O” from the original 1992 album was renamed “Hope and Woe” for Pulse and Cadence and appears here in a scaled down duet form).

Their fluid, conversational exchanges on the Bill Evans composition “Loose Blues” have Beard and Herington sharing rhythmic duties in organic fashion. “That’s the closest we get to that Jim Hall-Bill Evans vibe,” said Herington. “It really has the chamber jazz vibe of the late ‘50s, early ‘60s. And the melody line is almost classical sounding…kind of pointillistic with unusual phrasing. It feels more like a through-composed thing but it does go into a jazz thing. It’s a fun one to play.”

Their intricate, counterpoint-fueled take on “Can’t Help Lovin’ Dat Man,” from the Jerome Kern-Oscar Hammerstein II musical Showboat, is based on an arrangement that Beard did of that song for Bob Berg’s 1990 album, Virtual Reality. “Most versions of that song are kind of dreamy and slow,” he explained. “So the idea here was to make it something completely different.” Herington erupts with some Bensonesque flurries on their version of the show tune. “I still think of George Benson as one of America’s greatest guitarists,” said Herington. “He’s at the top of the heap for me. So if it sounds a little like that, I’m happy. I’m a huge Benson fan. He’s got this amazing lyricism and it’s so effortless sounding. He can smile his way through the whole thing and he just makes it look so ridiculously easy. Total magic.” Herington also showcases his considerable chops on his own composition “Hope and Woe” as well as on Beard’s calming “Hand to Hand,” which the pianist had originally recorded on 1997’s Truly.

Their approach to “Gaucho,” one of Steely Dan’s most popular tunes and title track of their 1980 album, remained fairly faithful to the original. “Arrangement-wise, we really didn’t have to do too much to it,” explained Beard. “The form is so through-composed. It doesn’t have your typical eight or 16 bar groupings like so many pop songs have. It’s kind of 180 degrees away from a song like ‘Peg.’ It morphs from a long verse into the chorus-release, then there’s an interlude. It’s just structured in a unique way, so we just had to rehearse it and make it feel good.”

“We’re such admirers of the writing,” added Herington, “so we never really thought to rearrange it. Jim did a few things differently because we’re just two people trying to cover several parts. So I get to do some of those fills that are done by the saxophone on the record. But we just thought that the notes are so great on that tune, so it was enough just to stick to the melody that Donald played.”

Bill Milkowski is a longtime contributor to Down Beat and the author of “JACO: The Extraordinary and Tragic Life of Jaco Pastorius, the World’s Greatest Bass Player” (Backbeat Books) 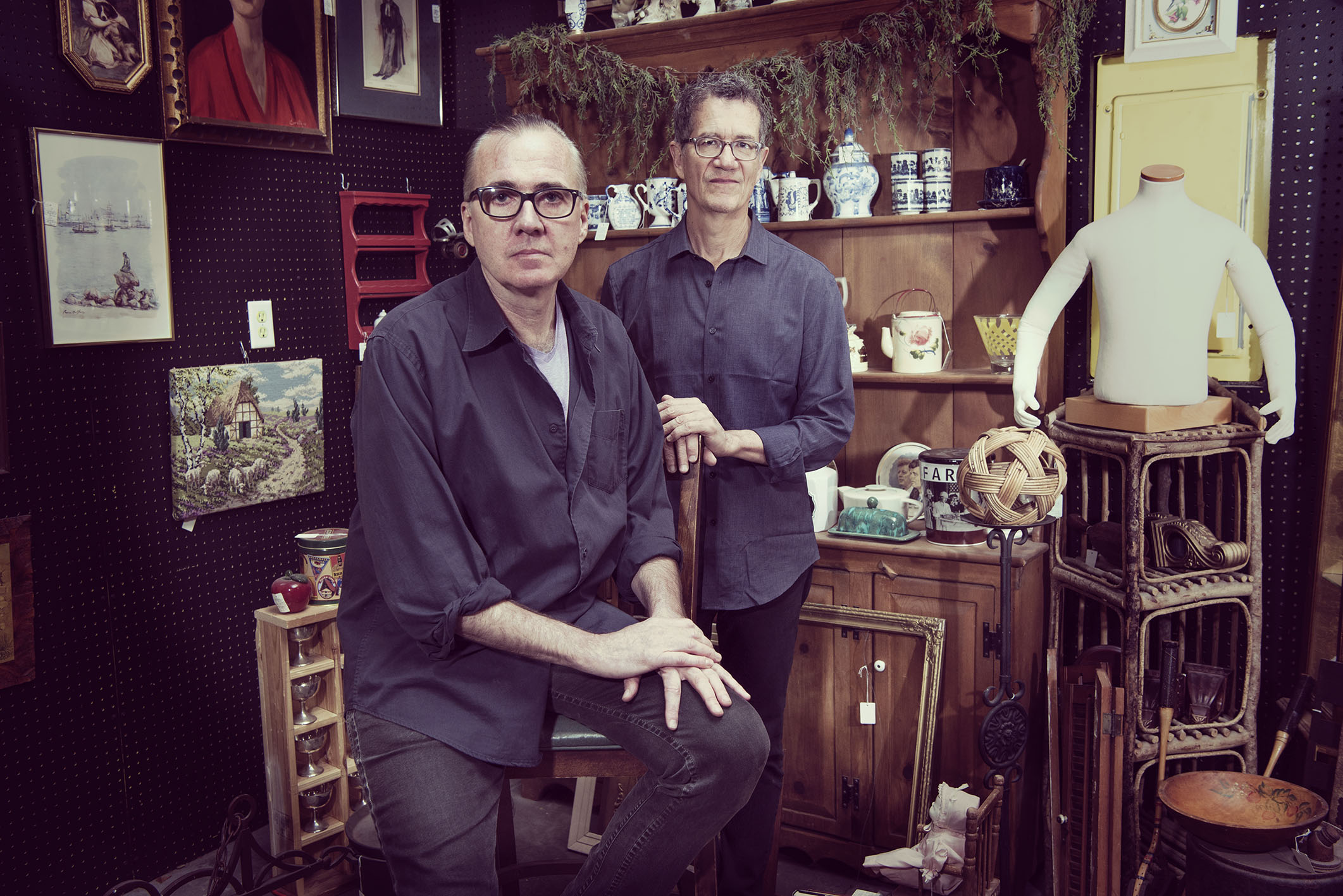 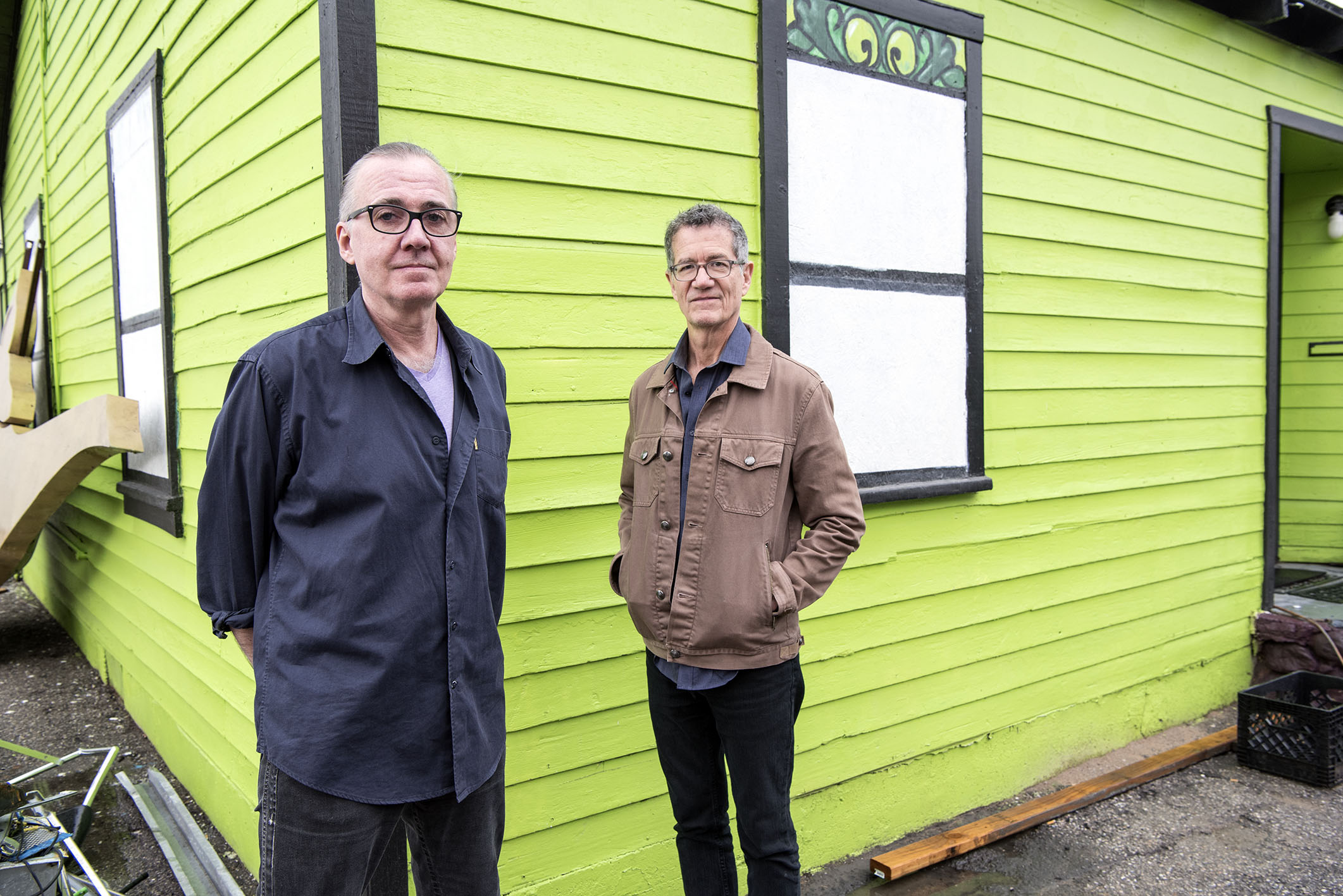