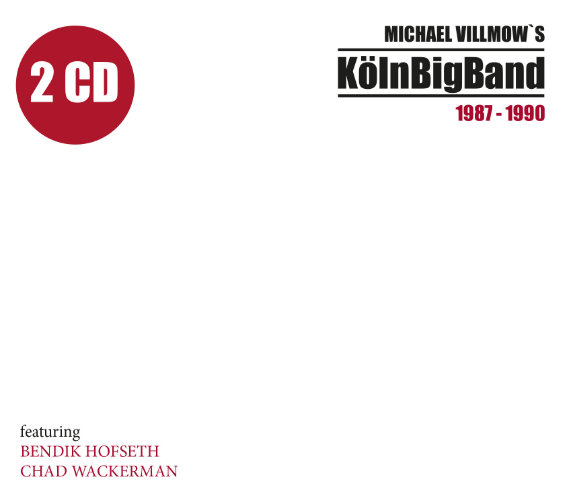 Let’s face it. Not everybody hearing the name Cologne Big Band immediately thinks of Michael Villmow’s KölnBigBand. It seems certain that a Cologne Big Band would more likely conjure up the idea of the ensembles of the WDR Big Band. However, many cities in Germany do actually have big bands named after their home-base and are not affiliated to the respective public-service broadcaster landscape. Some of them do quite well in their daily struggle for survival, as through trying to emphatically disprove the prediction that they would not be around for long. They have more in common with adventures than with business corporations and are often initiated by musicians with much blood, sweat and tears: idealism, energy, time, nerves and – yes – money. Here, blood, sweat & tears are often not enough. The XL label is applicable to the instrumentation as well as to commitment and investments. One of these non-subsidised orchestras – which existed for eleven years (sic) – was the KölnBigBand (KBB), founded and managed by saxophonist, composer and arranger Michael Villmow.

In 1984, one year before graduating from music college in Cologne, Villmow was instructed by his arrangement teacher, Axel Jungbluth, to write a big band adaptation. This turned out to be the initial spark leading to the foundation of the KBB soon afterwards.

One of Villmow’s main motivation for this courageous move – whereby establishing a big band is generally considered a voluntary step towards inevitable financial suicide – was to do something different, something ‘new’. A large formation of jazz and rock musicians, which neither cultivated the tradition of the swinging big band, nor orientated itself on the more experimental aesthetics of European large ensembles, deliberately avoiding the term big band. Fusion on a large scale, beyond the higher-faster-further machismo of some jazz-fusion virtuosi, but also a far cry from the sweet, soft ‘n’ easy flannel of a cheesy pop and smooth jazz.

There were hardly any role models for this in Germany, at most the United Jazz & Rock Ensemble and Peter Herbolzheimer’s Rhythm Combination & Brass, which Villmow had once experienced live on stage in his native town Hamburg and which sparked first ideas for things to come. The difference: in their case, they were jazz musicians, who amongst others also played rock and funk grooves but who did not want to neglect a specifically jazz-related concern – improvising, soloistic self-expression.

In contrast, Villmow had a less individualistic and rather collaborative concept in mind: a compact but still transparent band sound primarily supported by electric guitar, keyboards and a vibrant rhythm section. This stylistic vision did not appear out of the blue. Villmow, born in 1956, is part of a generation socialised by rock – he gained his first experiences as a musician as guitarist – his preoccupation with jazz did not exclude blues, pop and fusion, on the contrary.

He was looking for like-minded people for his KBB: young musicians, who considered the project a welcomed alternative to the academy’s traditional big-band approach, but simultaneously also to the more experimental and more liberal aesthetics of the Jazzhaus-Initiative, which was then a formative force in Cologne’s jazz scene. Not only did they have to share his vision but also work hard on something like KölnBigBand, despite all the cries of naysayers. The list of musicians who were members of KBB in the period from 1984 to 1995 amounts to a ‘Who’s Who’ of the Cologne scene, which was then – and still remains – a focal point and melting pot, a stepping stone for national as well as international careers.

In 1987 the band recorded its début album Update and, nomen est omen, there was no trace of swinging mainstream big band jazz. A début album, which was a show-piece introducing the concept and rendered the band’s profile audible. Already at this early stage it was obvious that apart from Villmow’s gripping grooves he is a friend of melody, of the cantabile – it fits well, that he was and still is involved with vocal music of every shade – and, besides all the fascination for the energetic play of the American fusion scene still remained a/his sense for musical economics. In this, you might say that a European, and in his case a Nordic, heritage becomes apparent.

This element became even more emphatic in the subsequent recording. In this respect, the title offers an initial – albeit ‘coded’ – clue: N stands for Norway, where Villmow had spent a major part of his childhood and youth, not far from Oslo, surrounded by nature and the sounds of traditional Norwegian folk music. This music, together with jazz and classical music, forms a sort of triangle of defining influences and sources of inspiration.

The aesthetic bridge building to Norway was even further underpinned by the presence of saxophonist Bendik Hofseth, who had moved from his Nordic home to bubbling New York in 1987 to take over from Michael Brecker in the band Steps Ahead, and sometimes even managed to turn the Hudson River into a fjord, to deliberately distance himself from his predecessor. He is a man with a powerful, sonorous and pervasive sound, which occasionally reminds one of a post-modern Scandinavian hymn.

The second prominent performer on N is Chad Wackerman, who had already played in big bands as a child, gained profound experience in the world of rock as the long-term percussionist of Frank Zappa and as a sidekick to guitarist Allan Holdsworth and was only too well acquainted with complex, groovy fusion music.

It is not their musical, or by any means their technical, competence which deeply impresses the listener. Here were two ‘guests’ at work, who were audibly not content with the usual role as guest or soloist, but in fact contributed substantially to the whole project and did not consider their appearance as a job, but were interested in the big picture. With this attitude, they shared the spirit that distinguished the KölnBigBand and its leader.

Since then Michael Villmow has remained a true asset when it comes to XL jazz productions, besides other accomplishments as composer and instrumentalist. However, KBB stands out as a milestone in his creative work. A work-intensive chapter supported by an abundance of idealism, which has released energy and generated synergies and which has created an original and timeless big band statement. Nothing could describe the music and attitude of the band better than the label used by trumpet player Randy Brecker with regard to KBB: “serious fusion”.

Recorded and mixed in July 1987 at Cornet Studio, Cologne, Germany

All music composed and arranged by Michael Villmow

Recorded and Mixed by Klaus Genuit at Hansahaus Studios, Bonn in September and November 1990.

Why »N« ?
»N« stands for Norway, where I spent many years of my childhood. After almost 15 years I traveled back to the people and places that meant and still mean so much to me. The previous influences on my music – urban living, a fast pace, the social noise – were tempererd by the beauty of the Norwegian Land, the depth of its silence and the harmony in which the people can live with nature. These impressions made up the music of Suite „N“, which I dedicate to Norway and – especially – to Jannecke Lønne Christiansen, a friend who workes as a painter in Oslo. Michael Villmow 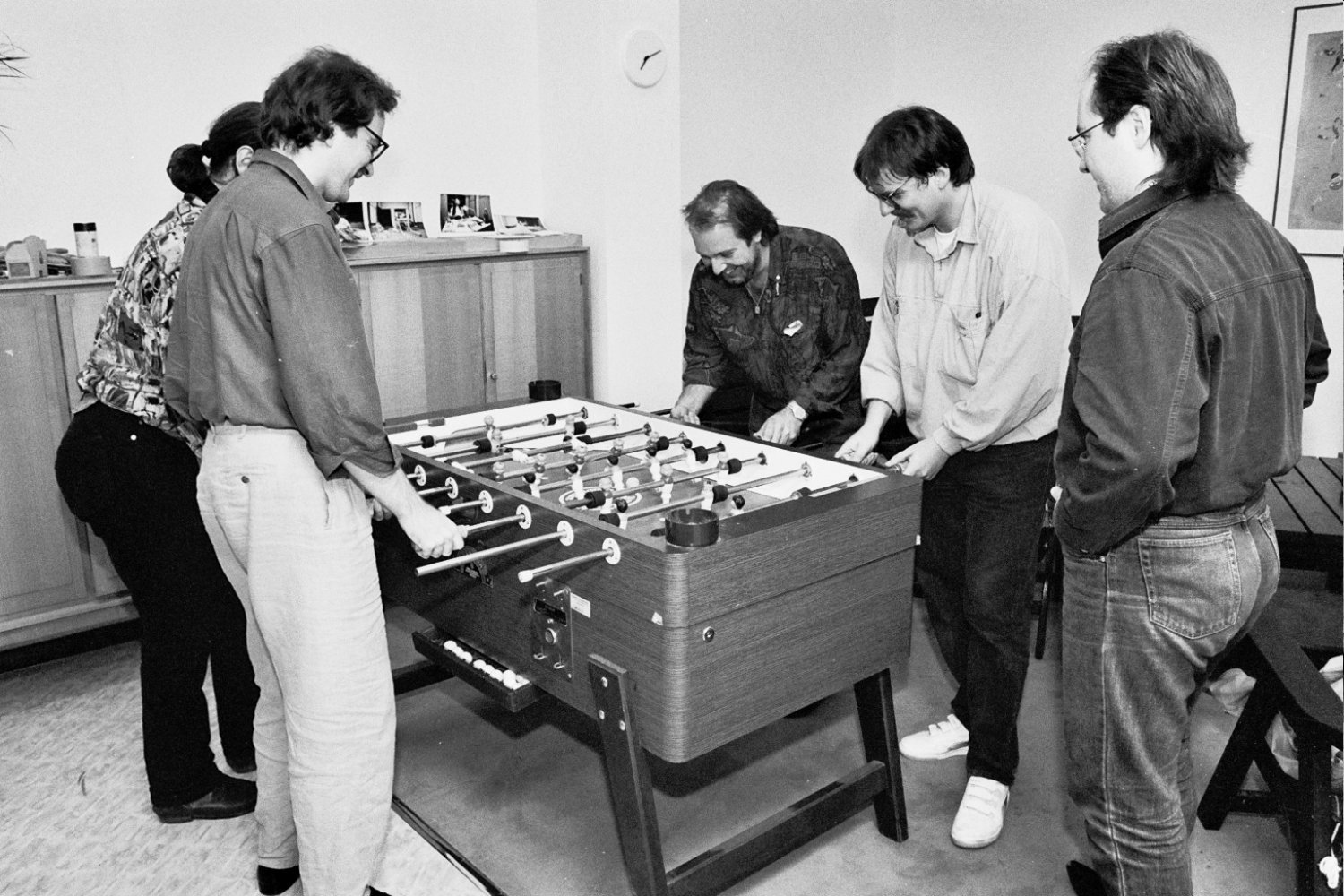 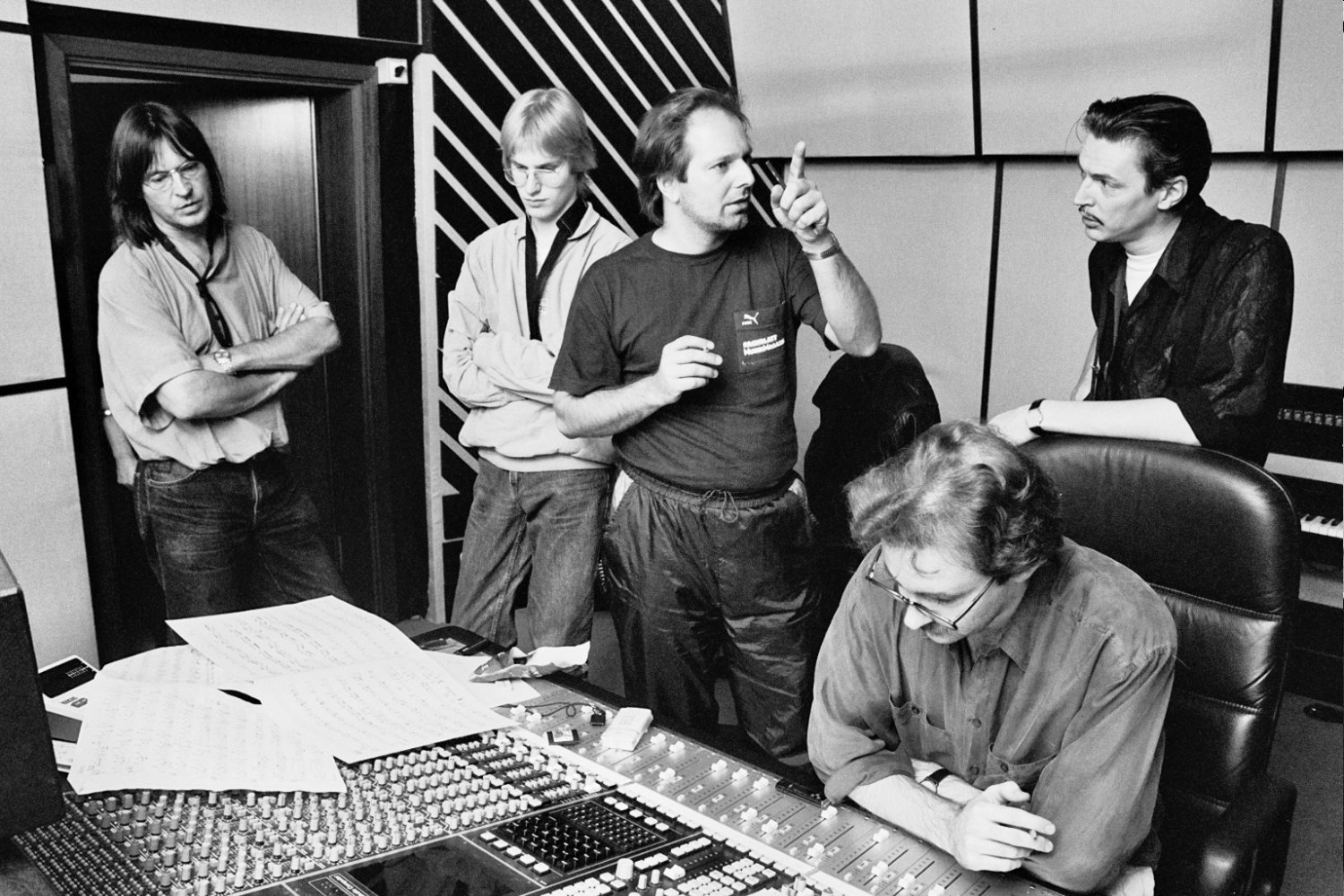 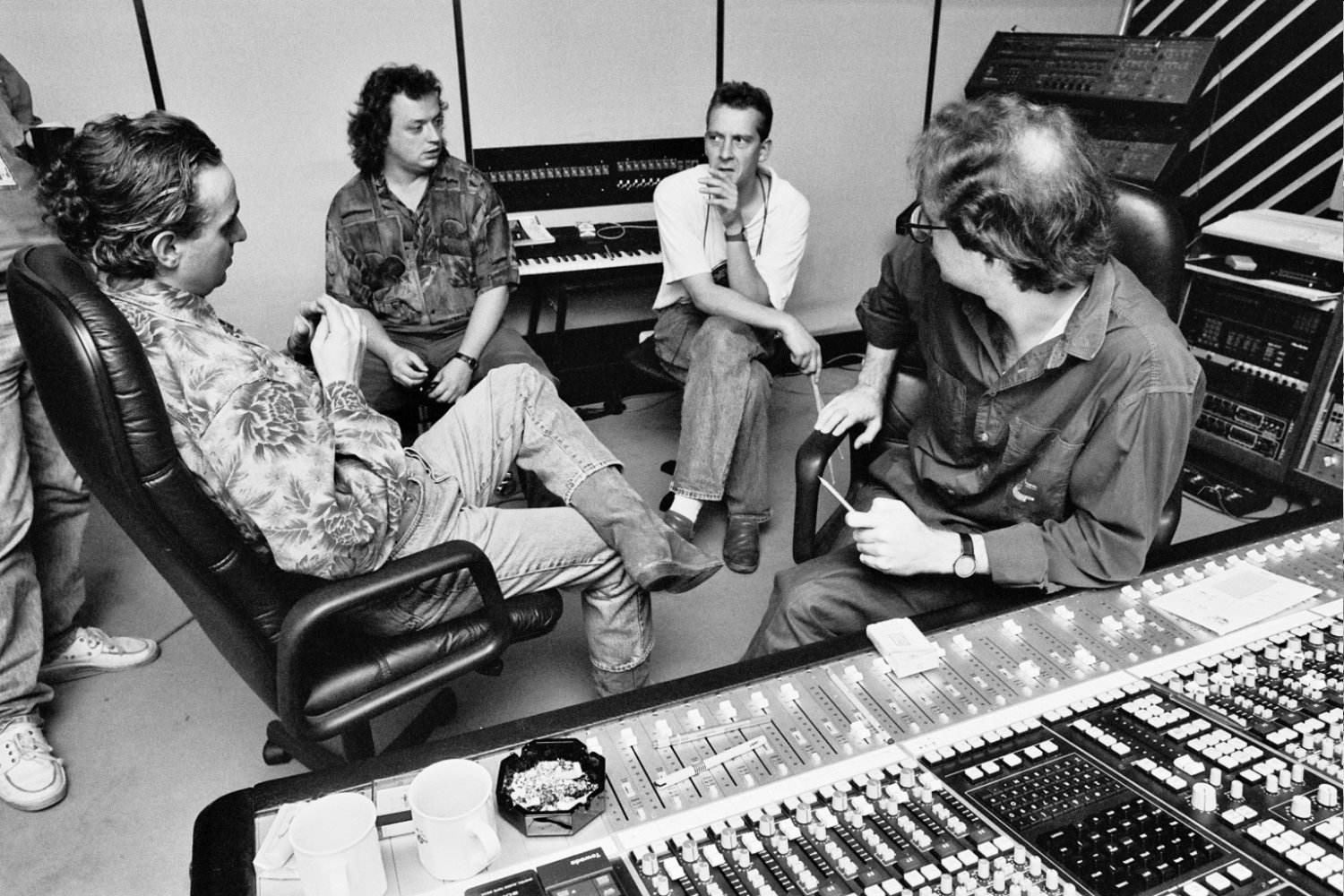