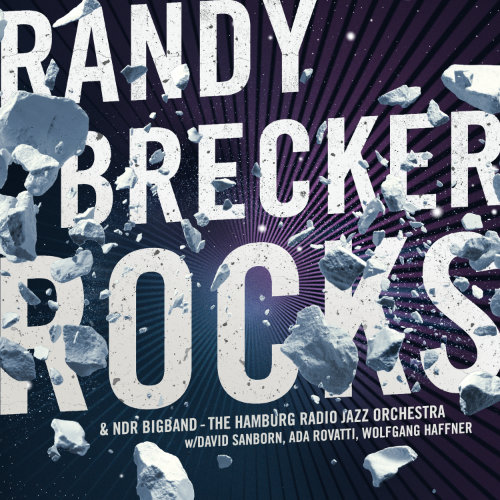 In 1966 Randy Brecker and his instrumental-fraction participated in an international jazz competition in Vienna and came in second. by a tenth of a point (!) after Franco Ambrosetti. At that moment everyone in Europe - outside of the jazz scene - associated the word “trumpet” with one person: Raffaele Celeste Rosso, aka: Nini Rosso. With his world hit “Il Silenzio” he had become the quintessence of the “romantic trumpet” (nowadays often referred to as “easy listening trumpet” and marketed under the label of “smooth trumpet”). An unmistakable change of image: Until that moment Rosso had been known as one of the best jazz trumpeters in Italy.

And Randy? In the very same year – 1966 – he moved from Philadelphia to New York. His first engagements involved big bands – e.g. Clark Terry’s band, the Duke Pearson Big Band and the Thad Jones/Mel Lewis Orchestra. This XL-format is (almost) always a good option for trumpeters; especially for somebody like Randy, whose musical style does not necessarily exclude lyrical and soft outings but who prefers to apply pressure. The latest result of this predilection is the current CD: a big bang with a big band. Already the title is a counterdraft to Rosso’s “Il Silenzio: Rocks.
The composition of the same title also had a programmatic function. First recorded in 1975 for the debut album of the Brecker Brothers (The Brecker Bros.), the piece was the opener of their live-repertoire (it can be enjoyed on the recently released recording of their 1976 performance in New York - The Bottom Line. Back then David Sanborn was part of the team). Right at the onset “Rocks” makes clear what it is all about – jazz-rock charged up with a lot of testosterone, a razor-sharp brass section and fiery solos of a polished but nevertheless still rough New-York-sound – all of that was perfectly expressed in the title of a later live-album: Heavy Metal Be-Bop.

“The situation of broadcasting in the USA is still frustrating: on the one hand, the smooth-jazz-radio and on the other hand, the puristic jazz radio. But between those two extremes there is nothing. If you don’t cater to one or the other, then your music will not be played. I refuse to do that. I make my very own, eccentric music.” This very music is cherished all the more in Europe, especially by the big bands of public broadcasting stations. The most recent example is the NDR Big Band.

Randy’s style as a composer is as unique and distinctive as his performance as a musician. It is therefore quite sensible to invite him as a soloist and as a composer. Rocks joins pieces from different periods together and resembles a retrospective. To orchestrate such a compilation is indeed a special responsibility. The arranger has to highlight the characteristics of each composition without changing too much and - at the same time - tailor it to the needs of the orchestra as a whole. Jörg Achim Keller, who knows the orchestra since the 1980s and who served as chief conductor of the NDR Big Band from 2008 until 2016, has managed this challenge superbly.

While the CD Together, released in 2018 together with the Finnish UMO Jazz Orchestra, presents the soloist Brecker (with pieces by Mats Holmquist), the current CD Rocks aims for a comprehensive portrait. Already once before a German big band has realised such a project: In 2003 Randy and his brother Michael - in their last project together - were on stage at the Leverkusener Jazztage with the WDR Big Band. Also back then the program, arranged by Vince Mendoza, offered a cross-section of the trumpeter’s compositions – however, different ones from those featured on Rocks. The recording was released under the title of the very last piece the Brecker Brothers usually performed at their concerts, Some Skunk Funk.

At the WDR-recording one of the founding members of the Brecker Brothers band, the bassist Will Lee, was part of the team. Also at the NDR-recording a band member from the early days was present; the alto-saxophonist David Sanborn. One of the grandees of fusion-jazz, whose style was emulated by innumerable colleagues, but who can still be described as “unique”. Another guest in this otherwise male-dominated group was Randy’s wife, the tenor-saxophonist Ada Rovatti, a compatriot of Nini Rosso. She also contributed (just as Sanborn did) to Randy’s album 34th N Lex and to the Brecker Brothers Band Reunion (2013). This already illustrious line-up is completed by Wolfgang Haffner, one of the most successful German jazz musicians on the international stage and a drummer, whom Randy knew since the start of his career and with whom he had performed several times before.

When it comes to describing the individual and unique profile of the NDR Big band it is often observed – with good reason – that it is (also) a “band of soloists”. Therefore, Brecker is in good company – with solos by saxophonists/clarinettists Fiete Felsch, Frank Delle, Björn Berger and Edgar Herzog, the pianist Vla dyslav Sendecki and the percussionist Marcio Doctor; but also with contributions by colleagues engaged especially for this project, such as the guitarist Bruno Müller and the bassist Christian Diener.

FIRST TUNE OF THE SET was and is precisely that: The opener at the concerts of the Brecker Brothers Band Reunion and the first piece on the CD Rocks. ADINA (also taken from the repertoire of the BBB-Reunion) was written for Ada Rovatti by Randy. These musical memories will make you dance light-footedly. The dedicatee herself is the soloist in this piece, switching from the tenor-saxophone to the soprano. SQUIDS (first recorded for the 1977 BB-album Don’t Stop the Music) represents Brecker-fusion at its finest and is an example of what the composer himself would probably describe as “funky, quirky & corky”.

PASTORAL (from Randy’s Hangin‘ in the City, 2001) is yet another musical tribute, a bow to Jaco Pastorius, of whose big band Word of Mouth Randy was a member in the 80s. THE DIPSHIT (BBB-Reunion) tempts one into some finger-snappin‘ & feet-tappin‘. It is an expression of the traditional hardbop and a reference to paragons/influences, such as Lee Morgan, Clifford Brown, Kenny Dorham, Blue Mitchell or Freddie Hubbard. And yes, there is a whiff of memory of the days when Randy and Michael performed together in Horace Silver’s quintet. Next in line are two pieces from the much celebrated 1992 comeback album of what was probably the most popular team of brothers in the world of jazz, Return of the Brecker Brothers: ABOVE & BELOW, a burner in the style of the old BB, followed by the melancholic, ballade SOZINHO, a counterpoint which shows us the rarely seen lyrical side of Randy. ROCKS does what you expect from it, it rocks. Finally, THREESOME (from the BB-album Straphangin‘, 1981) delivers a hymnal finale with influences from blues and gospel, in which the soloists once again perform with full passion.

More than 50 years after that competition in Vienna, Brecker is still one of the best trumpet players in the world. “You must never stop to devote yourself to your musical instrument of choice. Also, I would not know what to do without my trumpet. Of course, there are moments when I am tempted to throw it out of the window, however, if the instrument sounds the way you intended, it is a great joy!” You can tell: Randy rocks. They all rock. Rocks rocks! 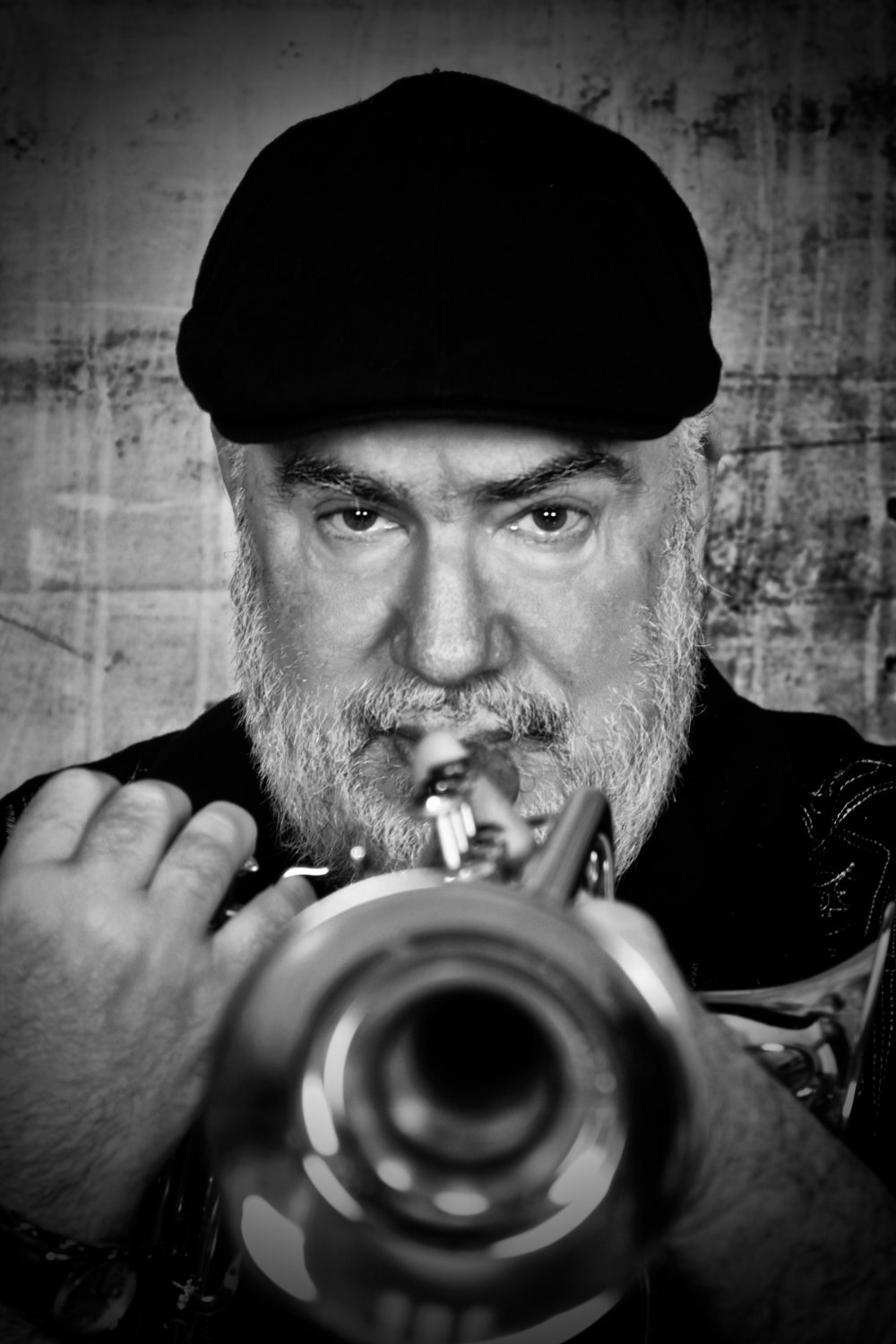 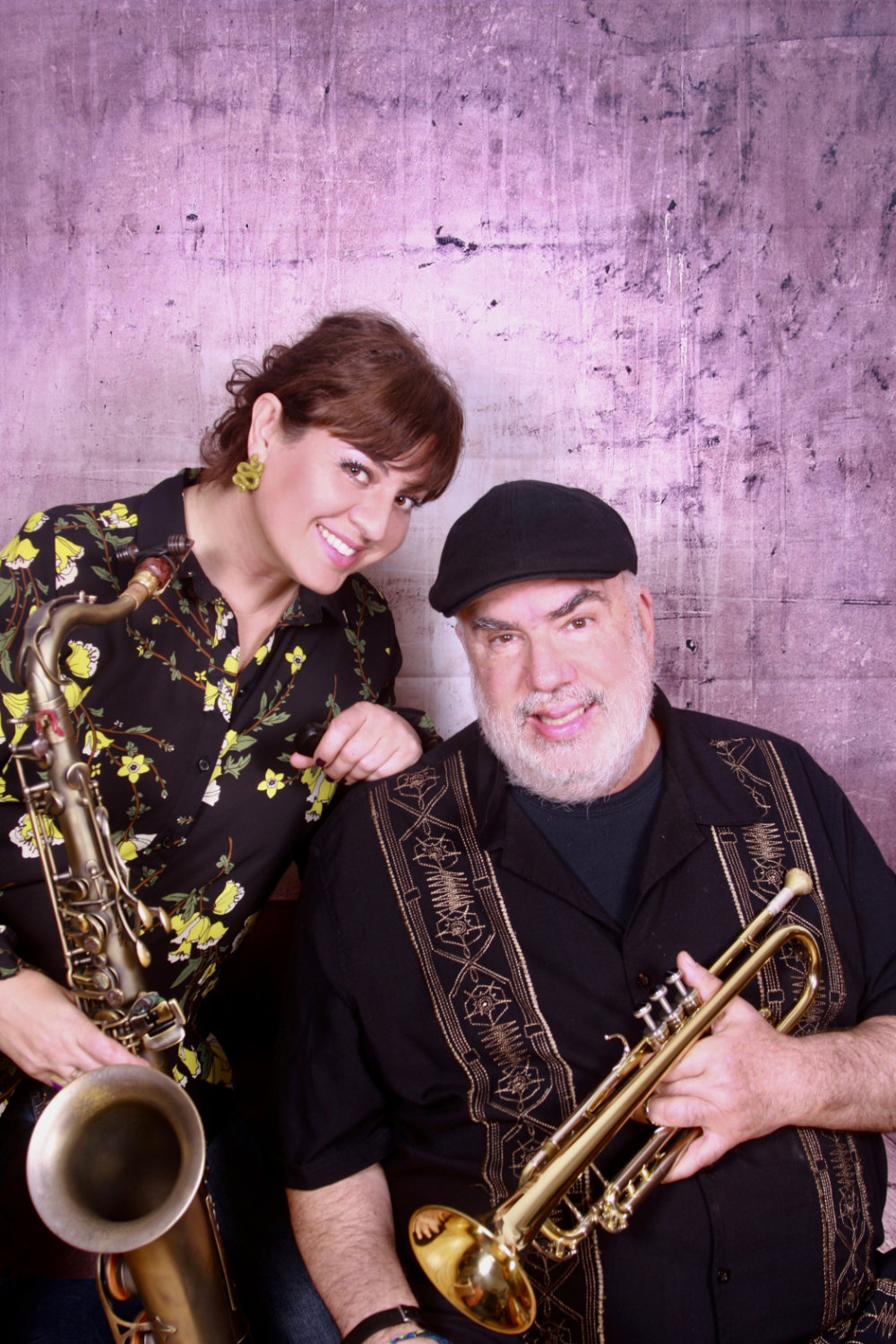 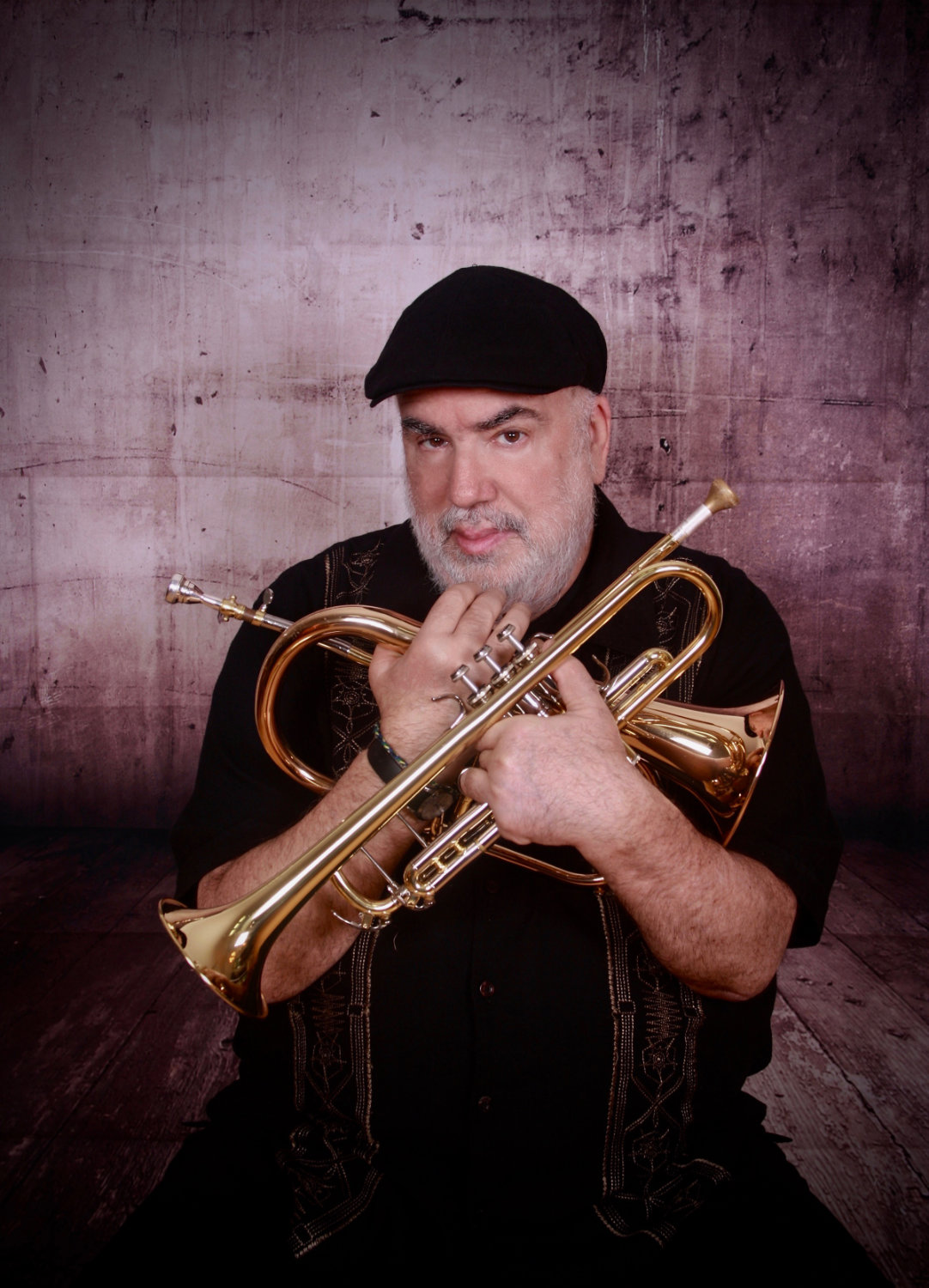 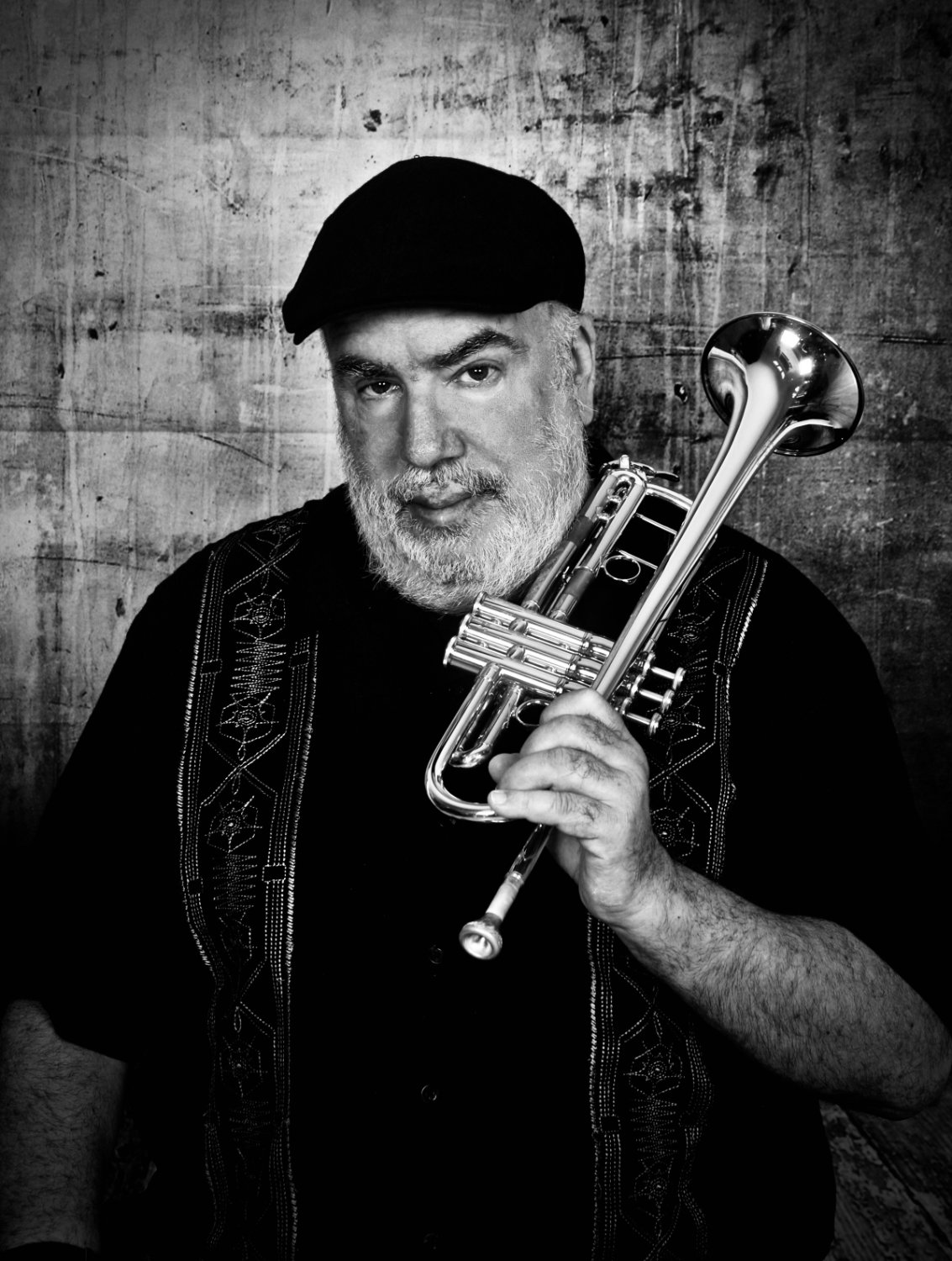