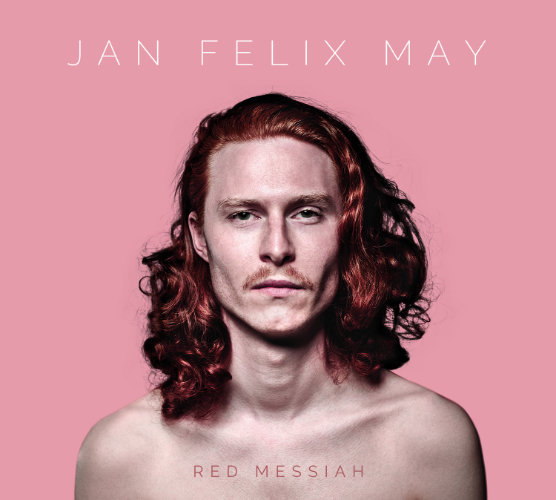 Jan Felix May is part of a generation of musicians who are not afraid to cross stylistic boundaries. The motto is to establish new connections instead of sticking to old divisions. In doing so, the 1993-born May displays compositional and musical precision, an innovative creative drive as well as humour. His talent has already been recognised, e.g. at the Internationale Jazzwochen Burghausen, where he won first prize in the solo competition and came in second with his band in the group competition. Frank Zappa is none of May’s direct role models. However, certain similarities in their mind-set can be detected. For example, the cunning mix of classical and modern influences, which in Jan Felix May’s case range from jazz and continue via electronic music to Impressionism and progressive rock. The young pianist and composer knows how to frame complex music in a way to appeal to a diverse audience from different generations and not just to some diehard specialists.

“Red Messiah“, Jan Felix May‘s debut release sounds fresh and surprisingly different. It bristles with interesting details and at times conveys a surprising, unassuming ease. This is achieved through several catchy tunes and a modern sound. The well-conceived Gesamtkunstwerk surprises with innovative, sometimes deliberately contrasting facets. Among those are recurring and varying motifs and odd time-signatures, as well as a break-intense song with the Norwegian singer Torun Eriksen and an atmospheric, narrative ballad, in which none less than Christian Brückner took on the part of narrator. May puts particular emphasis on form and structure. This is true for individual pieces as well as for the overarching concept. It is therefore no surprise when the confident pianist tells us, that a lot of time and effort have been spent on the compositions and arrangements. “Certain sounds, for example piano and chimes, synthesizer and drum sounds are interwoven and define the entire aesthetic concept. I am interested in pieces which are linked to each other by rhythm, harmony or melody.“ In this context he refers to Gustav Mahler, whose playful use of themes, which reappear at different passages in different pieces, have inspired him.

Equally essential for May are odd time-signatures, which range from 3/8 to dizzying combinations and complex systems as in “J Rock“. It is no secret that jazz has a lot to do with rhythm. However, Jan Felix May goes a few steps further. “Odd time-signatures open doors, similarly to introducing a #9 in a chord in major. Suddenly a whole range of new opportunities opens up, e.g. to introduce phrases which only make sense when performed in a certain rhythm or special solos.“ May does not mind that some of the odd time-signatures and precise breaks remain in the background at first. “I think it is a good thing if you cannot always tell straight away why something sounds differently than when set in 4/4 beat.“

For Jan Felix May Paris takes on the role New York plays for other jazz musicians: “an important location where I can recharge my batteries.“ This is why the entire band travelled to the metropolis on the river Seine to record the album at the Studio de Meudon. Part of the studio’s furniture is a top-class grand piano on which already Brad Mehldau and Tigran Hamasyan have performed. May just knew that the band would thrive in Paris. “It was sort of obvious to me, that we would perform differently than in our usual surroundings – conveying more emotions, maybe even show some euphoria.“ For May himself the French capital is also linked to one of his most important role models: Jacques Brel. “His urgency and the intensity of his concerts have always fascinated me. Brel barely gave his audience enough time to applaud. He just did not let them rest, creating a captivating and dense experience.“

The exactly formulated and comprehensive notes show that May has spent a lot of time preparing his compositions. Nevertheless, the band is essential for the overall sound of the album. “We have known each other for years and operate on the same wavelength. Everybody knows which sound I am striving for. We are based in the tradition of jazz and open for many outside influences. However, as individual musicians we also represent different musical directions”, explains bandleader May. Eduardo Sabella, who performs on the E-bass and only rarely exchanges it for the contrabass, adds variable pulse and rhythmical intensity to the song. The energetic drummer Julian Camargo, son of a Columbian father, has grown up with Latin-American music. This becomes particularly obvious in “Internal Conversation is Keeping You from Love” and in the instrumental sequence of “May Love”. Furthermore, like many from his generation he has been influenced by hip-hop and neo-soul. Also May, who has been drawn to jazz at the age of 13 by Oscar Peterson and joined a funk-band as leader and songwriter three years later, appreciates club- and other electronic sounds. He also cherishes Eric Satie (cf. “The Day I Die”) and Maurice Ravel for his “incredible wealth of detail”. Furthermore, together with the flexible, often rocky guitarist Lukas Roos he develops sequences that remind one of Pat Metheny & Lyle Mays’ spacious soundscapes.

The recording session in France was followed by 11 months during which May developed the details of the album further with meticulous precision. He added overdubs and rhythmical sounds and synthesizers. In this he worked closely with Julian Camargo who eventually became a co-producer. The result: 12 exceptional – genre boundaries ignoring - tracks, with a total duration of app. 60 minutes.

Jan Felix May defines his music on “Red Messiah“ as “some sort of modern rock with aesthetic elements taken from electronic music, performed by artists with a predominantly jazz background.“ Passages, in which the traditional ideals of contemporary jazz are held high by the use of acoustic instruments - such as the piano or Kerstin Haberecht’s saxophone - contrast with forceful, electronically charged and sometimes almost harsh sequences. The dynamic alternation of transparency and density creates quite unique boosts of energy. Despite all this refinement and refinement it is important for May not only to surprise but also to touch and entertain his audience in a clever way. This is why the self-confident musician is not afraid of catchy tunes. With his multifaceted debut Jan Felix May puts his name on the map of the contemporary music scene as a remarkable composer, bandleader and pianist.

All compositions written and arranged by Jan Felix May 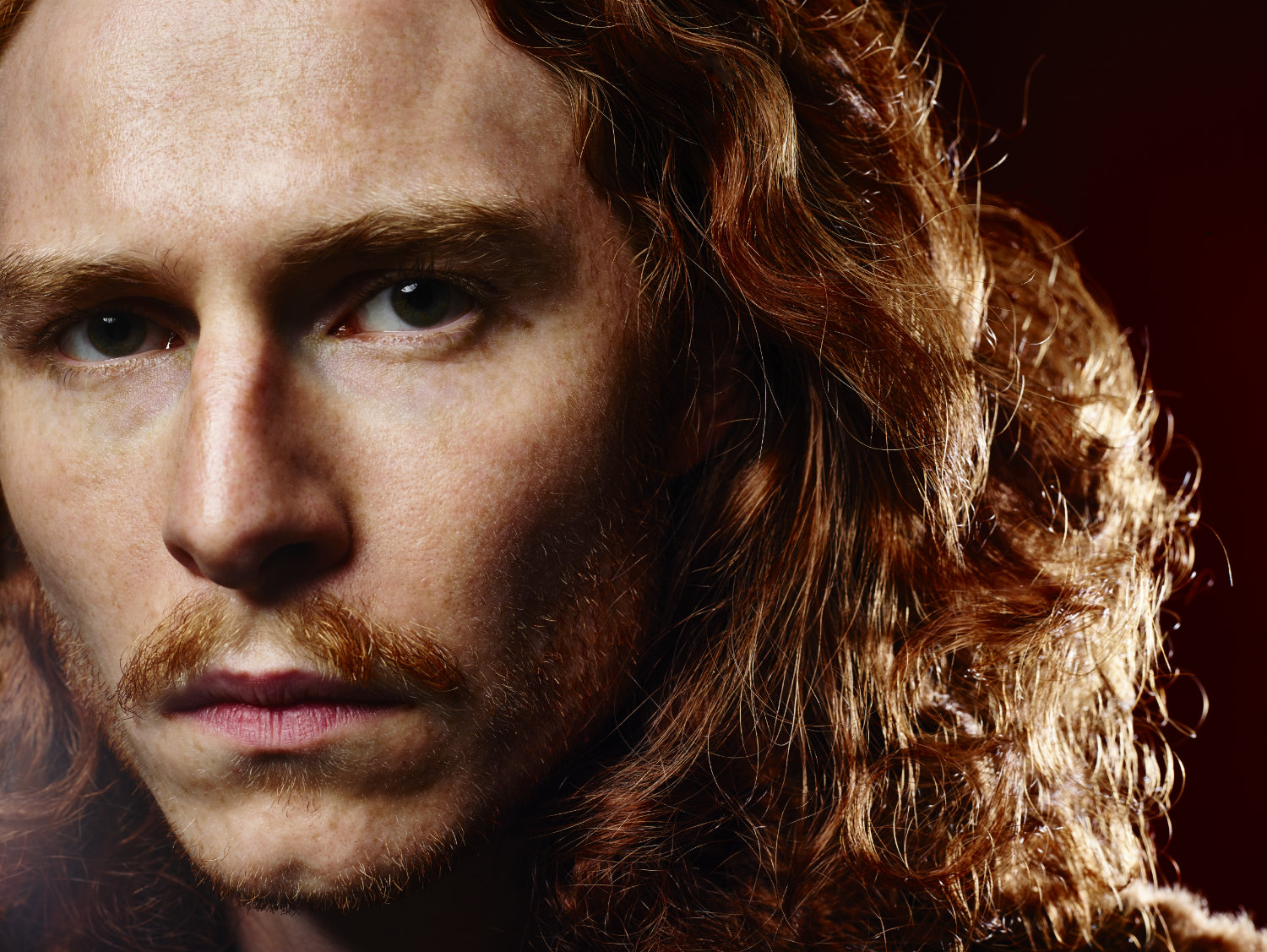 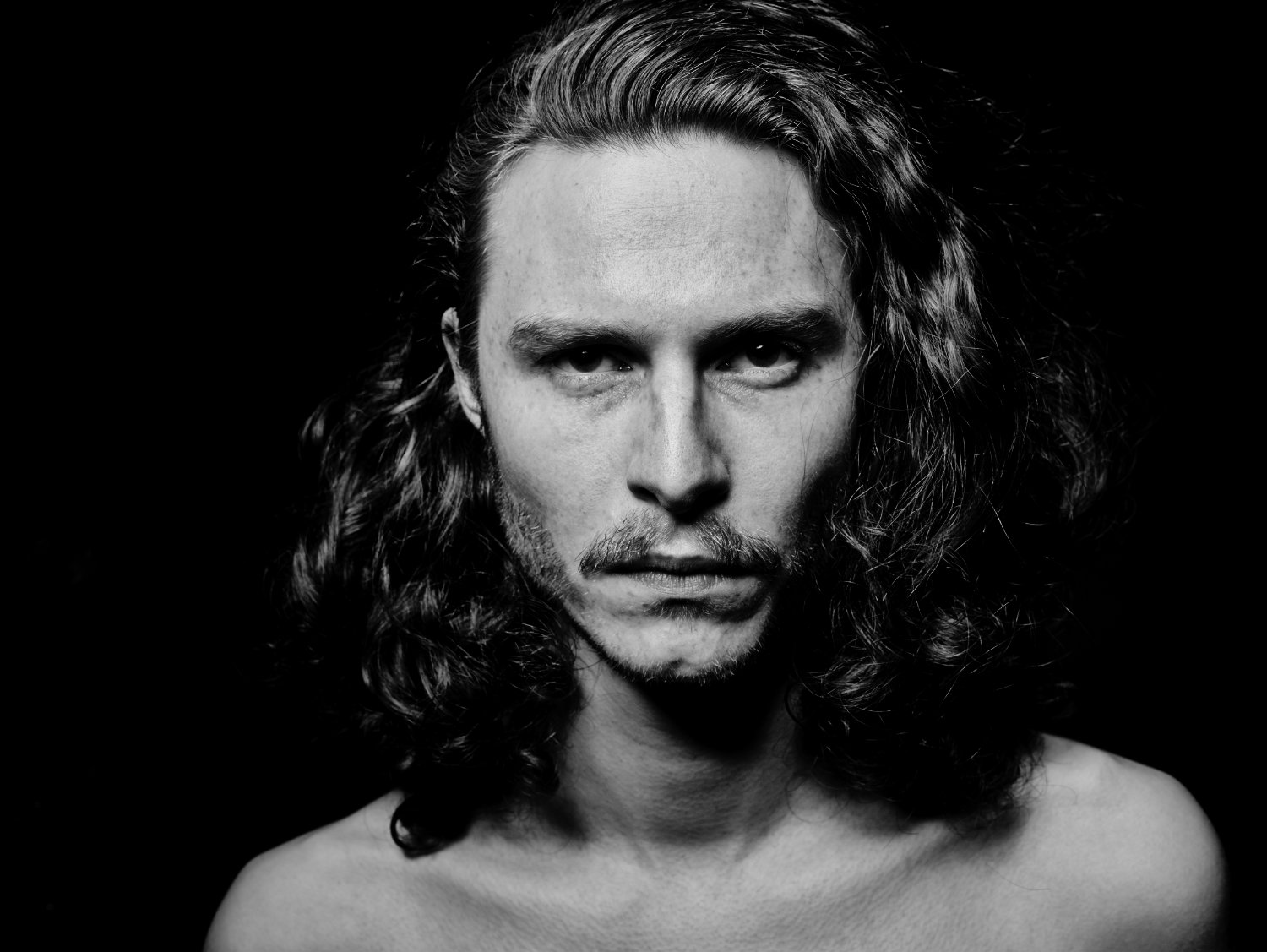 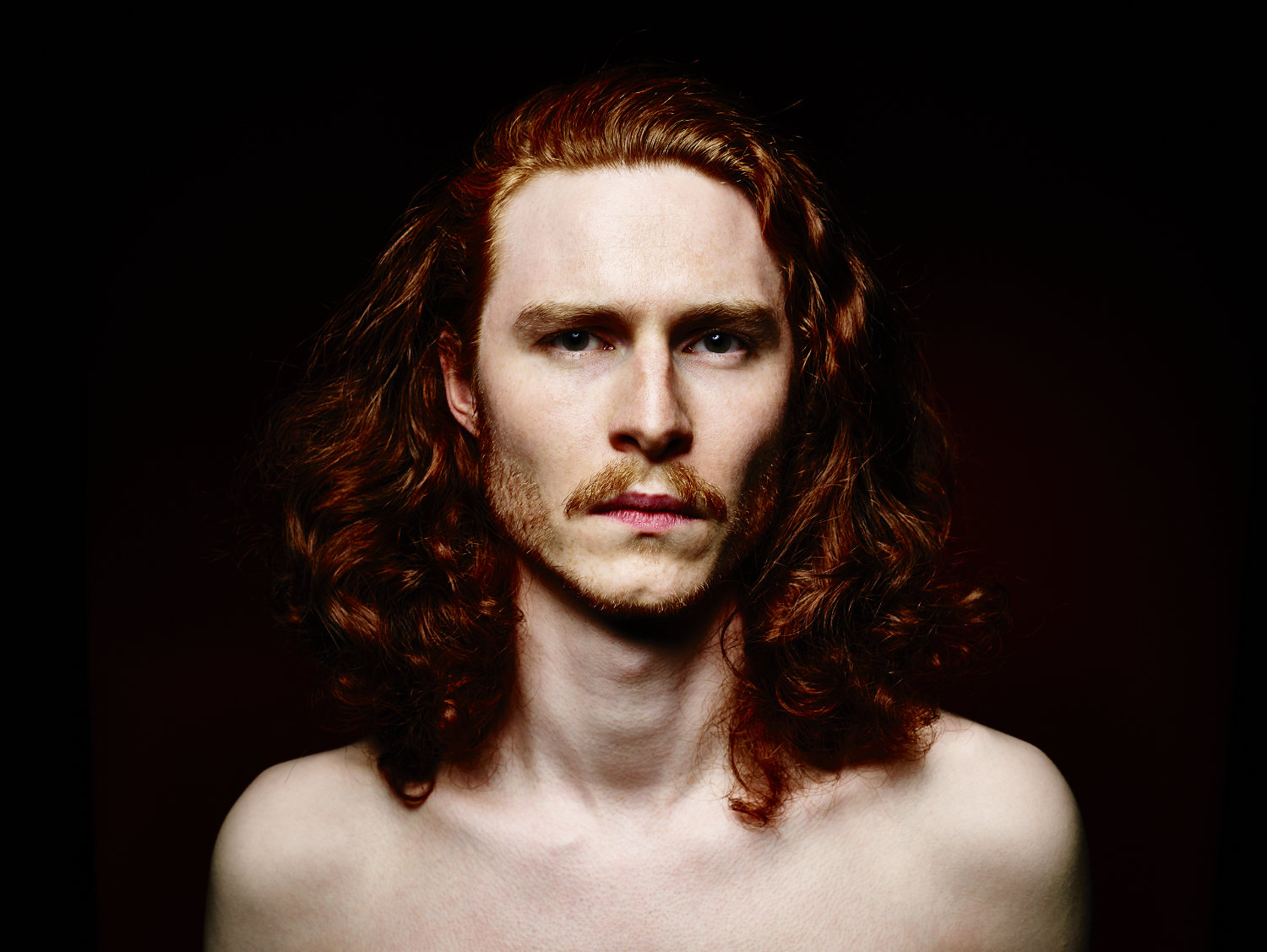 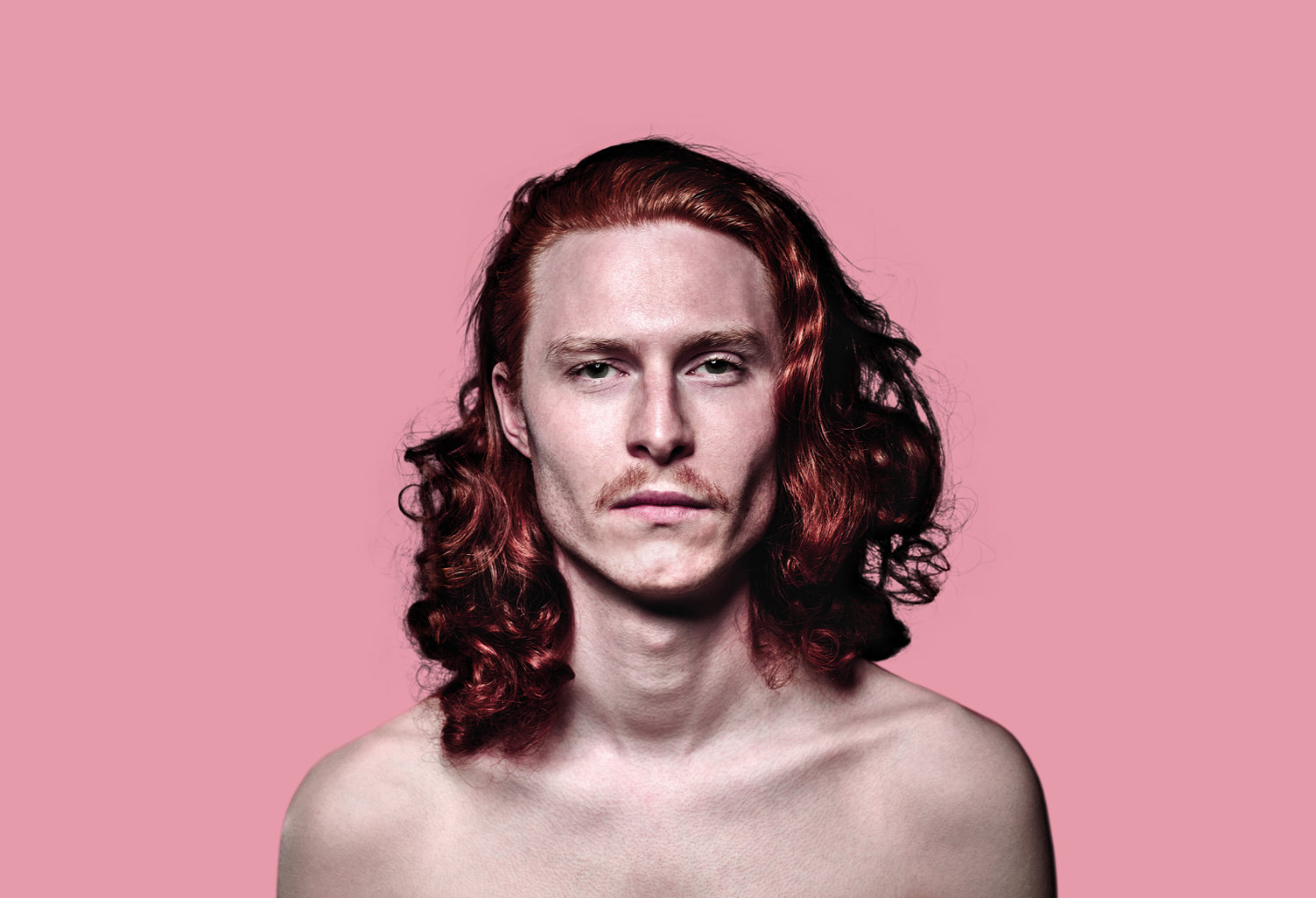