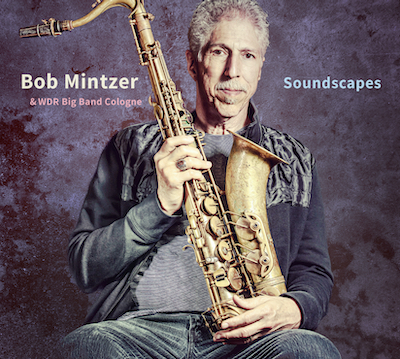 Bob Mintzer has the knack. Whether he picked it up during his brief stint in the Thad Jones-Mel Lewis Orchestra, his two year tenure with the Buddy Rich Big Band or his stretch with Jaco Pastorius’ Word of Mouth Big Band, the tenor sax great nurtured his instincts for orchestration and contrapuntal motion through the ‘70s and early ‘80s. His first endeavor as a leader of his own large ensemble came in 1983 when he debuted his big band at the Brecker Brothers’ popular New York City nightclub, Seventh Avenue South. Mintzer would later hone his big band arranging chops during a very fertile period with the DMP label that produced 11 acclaimed large ensemble recordings, beginning with 1985’s Incredible Journey and culminating with 2003’s Gently. By the time he took the reigns as chief conductor of the WDR Big Band Cologne in 2016, you could say that his knack for big band writing and arranging was deeply ingrained in his DNA.
Along with his ongoing big band activities, Mintzer has also been a member, since 1990, of the tight electro-acoustic jazz ensemble, Yellowjackets. Both of his worlds collided last year with the release of Jackets XL, a collaboration between the Yellowjackets and the WDR Big Band that featured seven new arrangements by Mintzer. With Soundscapes, the maestro is back leading the WDR Big Band through ten freshly arranged charts, including one ambitious reimagining of a tune he had previously recorded with his Yellowjackets colleagues back in 1991.
After presiding over a string of recordings by the WDR Big Band featuring special guests — 2018’s Meeting of Minds with the New York Voices, 2019’s Live at Philharmonie Cologne with Snarky Puppy keyboardist Bill Laurence, 2020’s Blue Soul with guitarist Dave Stryker — Mintzer was ready to showcase his own material with the world-class large ensemble. “I guess it’s a tradition over at WDR that the chief conductor at some point in his stay does a project of his own writing,” he explained. “So basically I gathered together some of the earliest things I wrote for the band over the past five years, and I also wrote a bunch of new pieces for this recording.”
An amalgam of moods, grooves and intricate textures, Soundscapes not only showcases Mintzer’s writing for this indelibly tight, universally esteemed ensemble, it also finds him doing double duty as principal soloist on tenor sax and Electronic Wind Instrument (EWI) while providing a spotlight for such other outstanding soloists as longtime WDR members Paul Heller on tenor sax, Karolina Strassmayer and Johan Hörlén on alto saxes, Ruud Breuls and Andy Haderer on trumpets and Andy Hunter on trombone. Recorded in December 2019, Mintzer’s current opus ranks among his very best in a long and distinguished career.
“I've never formally studied with anyone,” said the composer-arranger-conductor. “But I had opportunities to write in Buddy Rich’s band and it just developed from there. I think the study really is checking everything out, listening to all kinds of music and taking little snippets of ideas from the music we’re exposed to and reworking them into some sort of vocabulary.” Mintzer’s flair for counterpoint is evident throughout Soundscapes. “I love counterpoint,” he said. “I was a classical clarinet student in school and was also in an early music trio that played music from the 12th, 13th and 14th centuries. So that’s an indirect influence on my writing, while people like Thad Jones and Mel Lewis and Count Basie and all the jazz I’ve heard are a more direct influence. All these things were sort of fed into my computer and I draw upon them when I’m writing, probably subconsciously more than anything.”
The collection opens with a brand new Mintzer original, “A Reprieve.” A mellow groover that bears a touch of Black Market-era Weather Report influence, it features the leader on a Zawinul-sounding EWI while the horns dance over the bubbling groove in contrapuntal fashion. “I was sort of imagining the EWI folded into the wind section of a big band,” he explained. “That tune has an ostinato bass line that goes throughout, and that’s another thing that I really like — this sort of connecting thread of something in the groove that just keeps repeating ad nauseum while other things are stacked on top of that.” Paul Heller kicks in a potent tenor solo to spike the energy level here while the horns punctuate dramatically behind him.

Bill Milkowski is a regular contributor to Downbeat, Jazziz and Absolute Sound magazines. He is also the author of “JACO: The Extraordinary and Tragic Life of Jaco Pastorius” and the upcoming “Ode to a Tenor Titan: The Life and Times and Music of Michael Brecker,” to be published in October 2021. 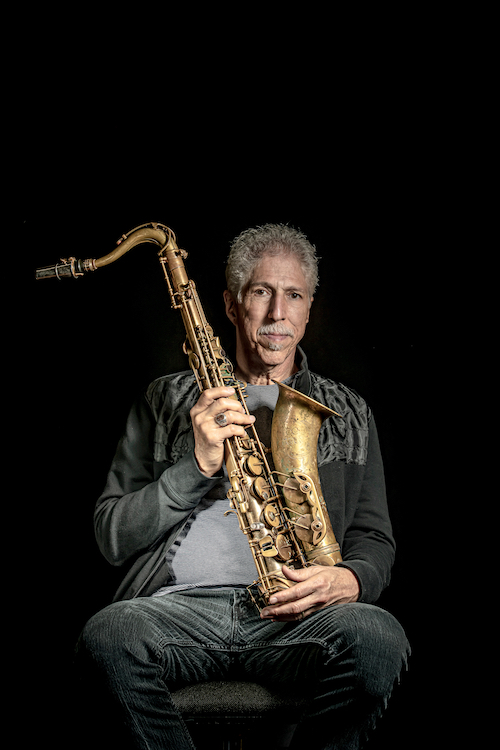 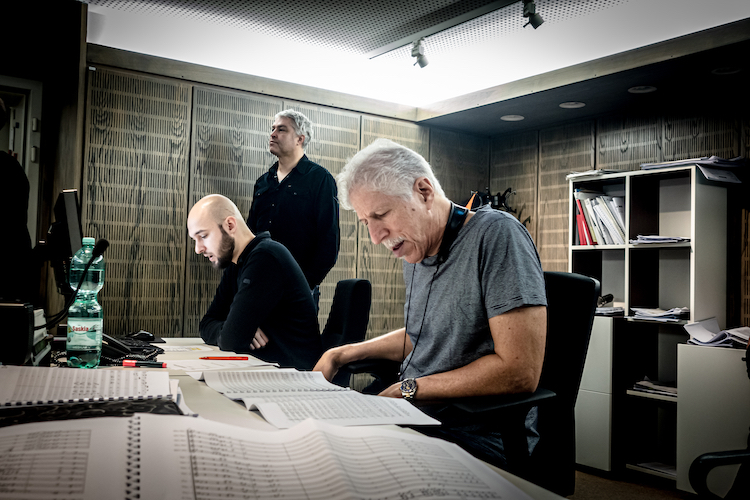 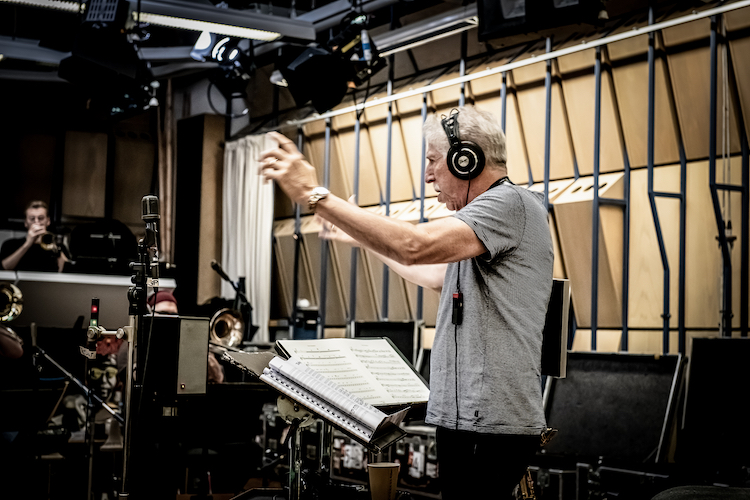