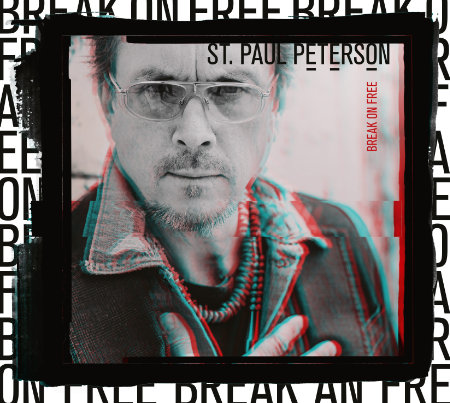 Multi-instrumentalist, singer-songwriter and producer Paul Peterson, a former keyboardist of The Time, leader of The Family and fDeluxe and protege of Prince, serves up a greasy slice of The Minneapolis Sound on Break on Free, his fifth album as a leader and debut for Leopard Records.
An eclectic collection of tunes, Peterson’s latest ranges from the punchy Prince/James Brown-styled title track to the Hall & Oates-influenced “I Couldn’t Do It Without You,” the power ballad “Beauty Beyond the Darkness,” metalesque funk-rocker “Big City” and tender ode to his wife, “Song for Julie (Forever I’ll Love You).” He also turns in faithful covers of Stevie Wonder’s “Love’s In Need of Love Today” and Robbie Robertson’s “Broken Arrow,” and delivers two slamming salutes to his home turf in “Something in the Water” (which addresses the often-raised question, “Why is Minneapolis so funky?”) and “Minne Forget Me Not” (a clever adaptation of Hall & Oates’ “Philly Forget Me Not”).

A native of the Minneapolis suburb of Richfield, Peterson (christened St. Paul by none other than Prince himself) was on the ground floor of forging The Minneapolis Sound, a subgenre of funk-rock with elements of synth-pop and new wave that was pioneered by Prince and spread by other groups in his orbit like Morris Day & The Time, Vanity 6, Apollonia 6, the Jesse Johnson Revue and The Family, which would later transition into fDeluxe. The youngest son in a musical family (his mother was an acclaimed jazz pianist), he was discovered by Prince in 1983 and groomed to replace Monte Moir as keyboardist of The Time, later gaining international exposure when the band appeared in the hit movie Purple Rain. Peterson also played on The Time’s platinum-selling 1984 album, Ice Cream Castle, which contained the hit songs “Jungle Love” and “The Bird” (also featured in Purple Rain). When The Time broke up, Peterson became lead singer for The Family before pursuing a solo career, releasing his self-titled debut album in 1987. He released two solo albums in the 1990s on Atlantic Records and a live recording with the group the Minneapolis All-Stars. His last solo album, Everything, was released in 2003.

As a multi-instrumental session musician, Peterson played on numerous recordings during the ‘80s and ‘90s for such artists as David Sanborn, George Benson, Hiram Bullock, Mavis Staples, Anita Baker, Rosie Gaines, Paula Abdul, Phil Upchurch and Bob James. From 1998 to 2000, he was bassist in the house band on Donny & Marie, a talk show hosted by siblings Donnie and Marie Osmond. He later served as Program Chair for the Audio and Recording arts at Minneapolis Media Institute until leaving in June 2016 to tour with Peter Frampton.

Regarding his old school Minneapolis Sound approach on Break on Free, Peterson said, “That is absolutely still part of my musical makeup. There are things that just become part of who you are — your life experiences, your early musical influences, your heroes. My early musical heroes happened to be my mom Jeanne Arland Peterson, who was one of the best jazz pianists anywhere. Stevie Wonder, Earth, Wind & Fire, George Benson, The Doobie Brothers, Hall & Oates, Kenny Loggins and Prince are all my musical heroes as well.”

While Peterson fit in nicely on keyboards with The Time when he was recruited by Prince at age 17 to join the group, he admits that it was a bit of an adjustment. “Being in The Time was musical culture shock for me,” he said. “I grew up in more of a bebop setting, where improvisation was encouraged. This was not that. It was strictly a ‘play your part and don’t move from it’ situation. I learned more in my short tenure there than I could have possibly learned at any college. And I owe so much of my funk education to Jesse Johnson. He was the guy who was schooling us in those days. He taught us the riggers of rehearsal (think James Brown camp) and really pushed us to do more than we ever thought we could possibly do — sing, dance, play keyboards with both hands and sing while looking relatively cool doing it.”

The funky title track to Break on Free, which kicks off the album, conveys an uplifting message in the lyrics: I think I’ve had it with the tunnel vision, I think it’s time the light got brighter. It seems the world got low, now everybody knows it’s time to go a little higher. As Peterson explained, “My good friend Owen Sartori wrote the lyrics on this one. Essentially, it’s saying that we’re in such a strange time for mankind. I never thought I’d live to see the day when we are all so divided. But we need light, we need positive media/songs/messaging.” Guitarist Eric Gales puts a searing exclamation point on that message with a killer solo. “Eric and I have known each other for years,” said Peterson. “His solo on this tune is other worldly. He’s an alien!”

Regarding the source of Minneapolis’ funky reputation alluded to on the Prince-flavored “Something in the Water,” Peterson noted, “Isn’t it odd that this incredibly Nordic city loves and nurtures funk? I think it all stems to the folks who came before us, which is why I give a shout-out to Sonny Thompson, who I call The Funky Originator, on that tune.”

The soulful “I Couldn’t Do It Without You” suggests strains of Otis Redding’s “Sittin’ on the Dock of the Bay,” The Crusaders’ “Put It Where You Want It” and Sly Stone’s “If You Want Me To Stay.” Former Prince sax player Eric Leeds contributes a potent solo on top of the organ-fueled groove here. “As far as the feel of the track, I took it all the way back, using a Linn Drum and a ’60s approach to the production,” explained Peterson. “I love the accents of the bass being on the upbeats...such a fun groove to play. The outro Minneapolis Funk Jam is just that, a jam. I let the ‘tape’ roll and that's what came out.”

The ballad “Beauty Beyond the Darkness,” which sounds like a cross between Hall & Oates’ “Sara Smile” and Prince’s “Nothing Compares 2 U,” carries another topical message in the lyrics: Take us back in time/We just want a feeling like we used to know/On the other side of the rainbow, there’s beauty beyond the darkness. “This song, which was written by my friend and brilliant writer/producer John Fields, is about getting through COVID,” explained Peterson. “The entertainment industry took such a hit during the pandemic, so it was an ode to all my friends who had been affected by COVID. The title came from our mutual friend (and barber) Jon Clifford, who is a Minneapolis icon himself. During the pandemic, he made daily uplifting videos, always ending them with the tagline: ‘There’s Beauty Beyond The Darkness.’ When I asked John Fields if he had anything up his sleeve for my new record, he sent me this song. Funnily enough, he actually produced Daryl Hall too. I think we are both influenced by him, and you can hear that in this track.”

The upbeat “You Got 2 Love” is a funky throw down that is firmly rooted in the tradition of The Minneapolis Sound. “I wrote this quite a few years ago with my nephew Jason Peterson DeLaire, who was heavily influenced by my time in the Prince organization,” said Peterson. “He has always been really good at reminding me where I came from. He had a jam up on his computer, and I absolutely loved it. We wanted to sing about something positive without being preachy, and this is what we came up with. I love the interaction between the synth bass and the electric bass.”

While “Another Glass of You” is a mysterious smooth jazz love ballad with Peterson’s brother Ricky on keyboards, “Big City” is a mash-up of crunchy distortion power chords and ‘80s synth bass lines. Peterson also delivers a soulful Stax-like take on Robbie Robertson’s “Broken Arrow,” from The Band co-founder’s 1987 self-titled debut, along with a wonderful re-imagining of the Stevie Wonder classic, “Love’s In Need of Love Today.” “The thing to understand about covering a Stevie Wonder tune is that you cannot make a Stevie song any better, so you have to make it different,” he explained. “I chose to reharmonize this and take a ‘jazzier’ approach to this song.” Brother Billy Peterson on upright bass and Jason Peterson DeLaire on alto sax contribute jazzy solos to this inspired rendition.

Peterson’s take on Hall & Oates’ “Philly Forget Me Not” may soon be come to be regarded as a new anthem for his hometown, with “Minne” lyrics courtesy of rapper Leon J. As St. Paul explained, “Leon worked for me as an Ableton specialist when I ran Minneapolis Media Institute, a college in the old Flyte Tyme building in Edina, Minnesota. When approached me about changing ‘Philly Forget Me Not’ to ‘Minnie Forget Me Not,’ we originally were simply remaking it as a way to get together and hang out.”

“Blue Cadillac” sounds like Peterson’s sexy/menacing answer to Aretha Franklin’s “Pink Cadillac.” As he explained, “Truth be told, this is the third time I've recorded this song. The original version was way more of a Tower of Power treatment. The second appears on Ricky Peterson and the Peterson Brothers, which came out last year. This third version is, again, based on the blues, though it’s a much darker, vibey version of the song. I also allowed myself to play the guitar solo on this song, and I had a blast.”

The album’s finale, “Song for Julie (Forever I’ll Love You),” a heartfelt ode to his wife of 31 years, features Travis Toy pulling heartstrings on the pedal steel guitar. “Every record I’ve done has had a ‘special thanks’ to Julie,” Peterson explained. “I’ve actually written and released another song for her called ‘Don't Turn Away’ that I wrote with Rick Barron. This one I did by myself. It was a love story I had to tell myself. And I knew if I was crying when I was writing down my lyrics, it must be right.”

Regarding that kind of stylistically diverse tunes heard throughout Break on Free, Peterson said, “I’m at a point in my life where I’m OK with having multiple genres on the same record. I remember early in my career with MCA and other major labels that having those different sounding songs would ‘confuse the public or radio promoters.’ At this point, I think versatility is a good thing. I’ve been lucky enough to record in so many different genres, that it’s not something I’m trying to do intentionally, it’s just what comes out.”

Break on Free is scheduled for a March 11, 2022 release on Leopard Records. 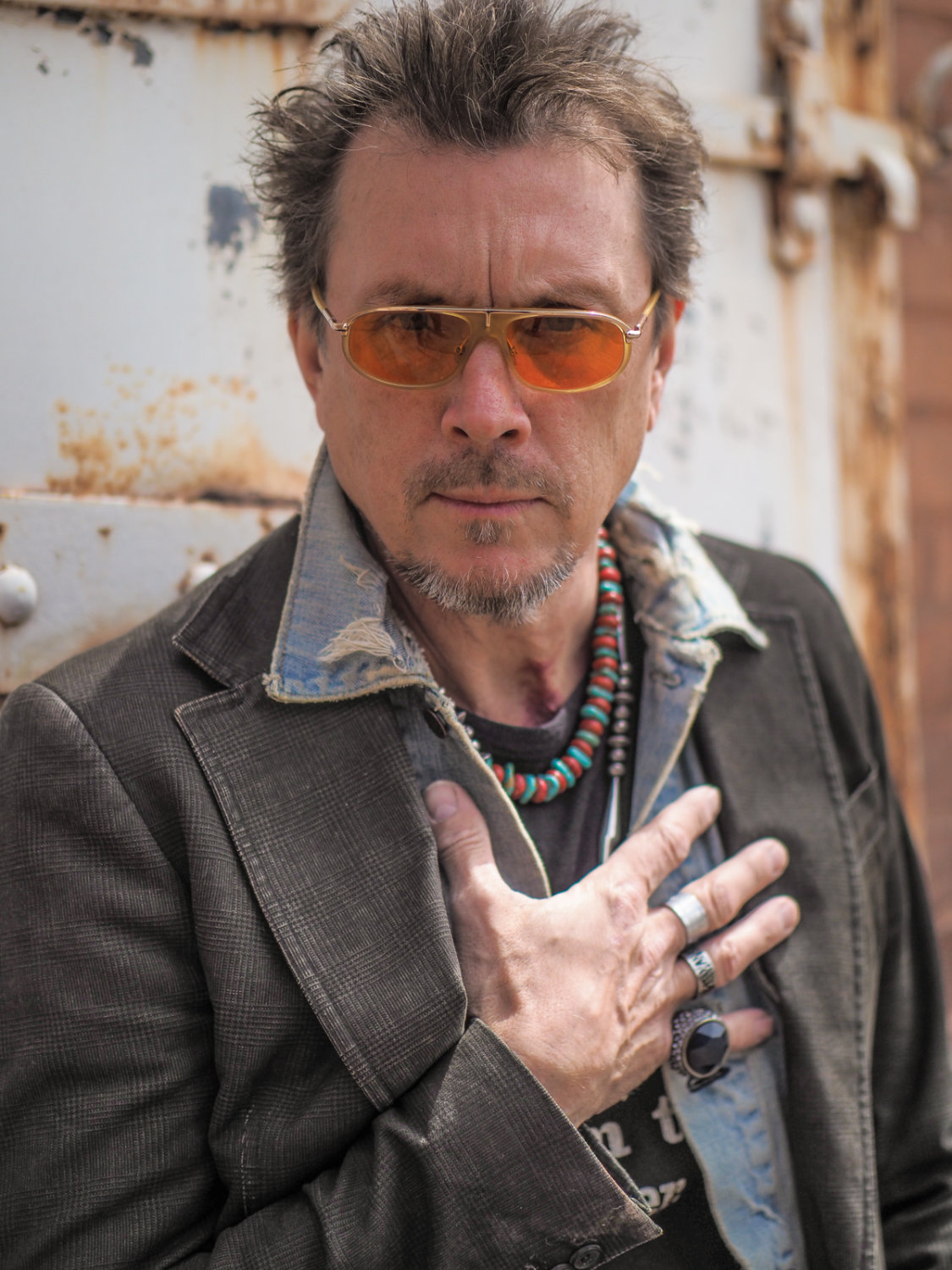 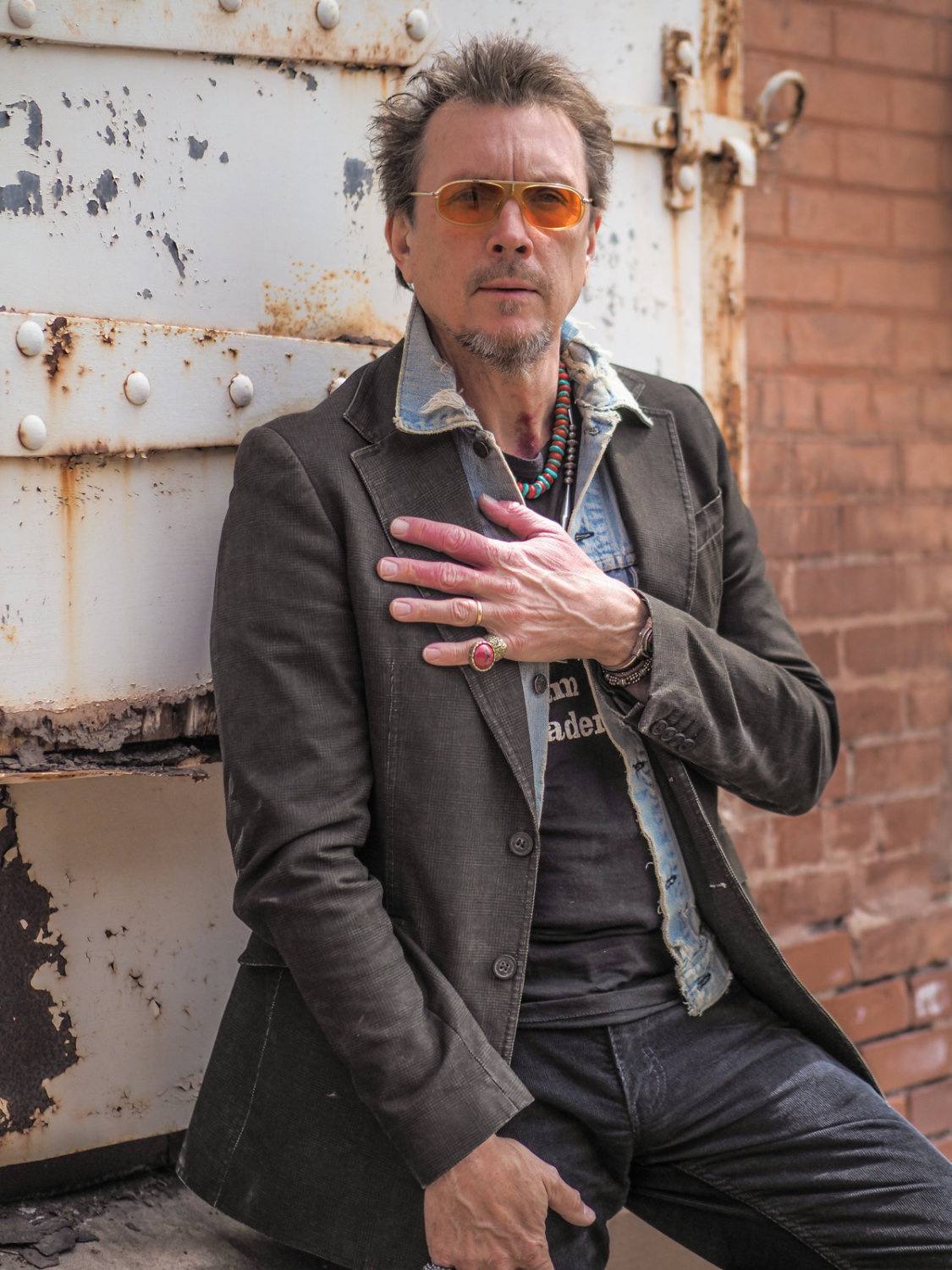 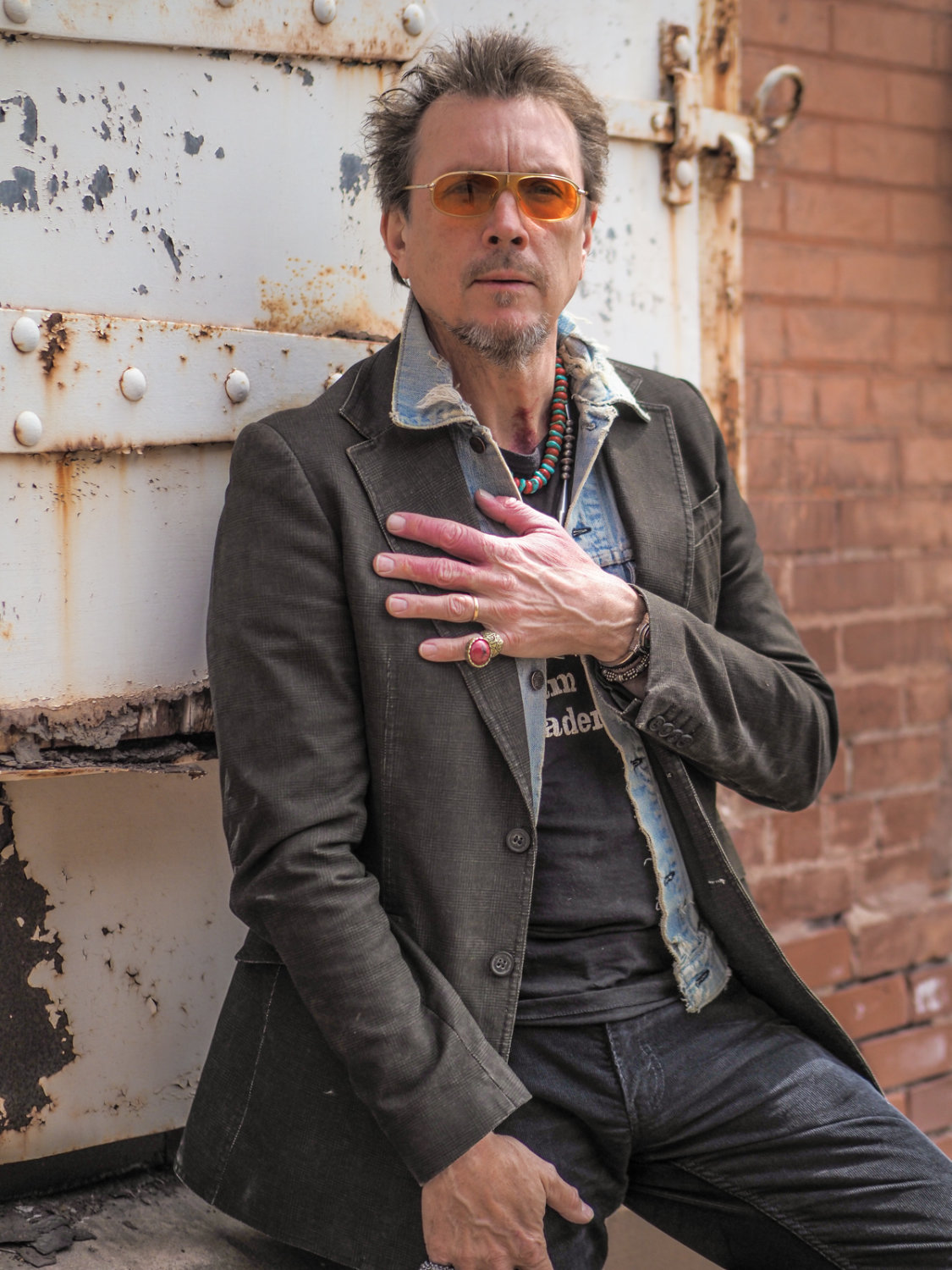 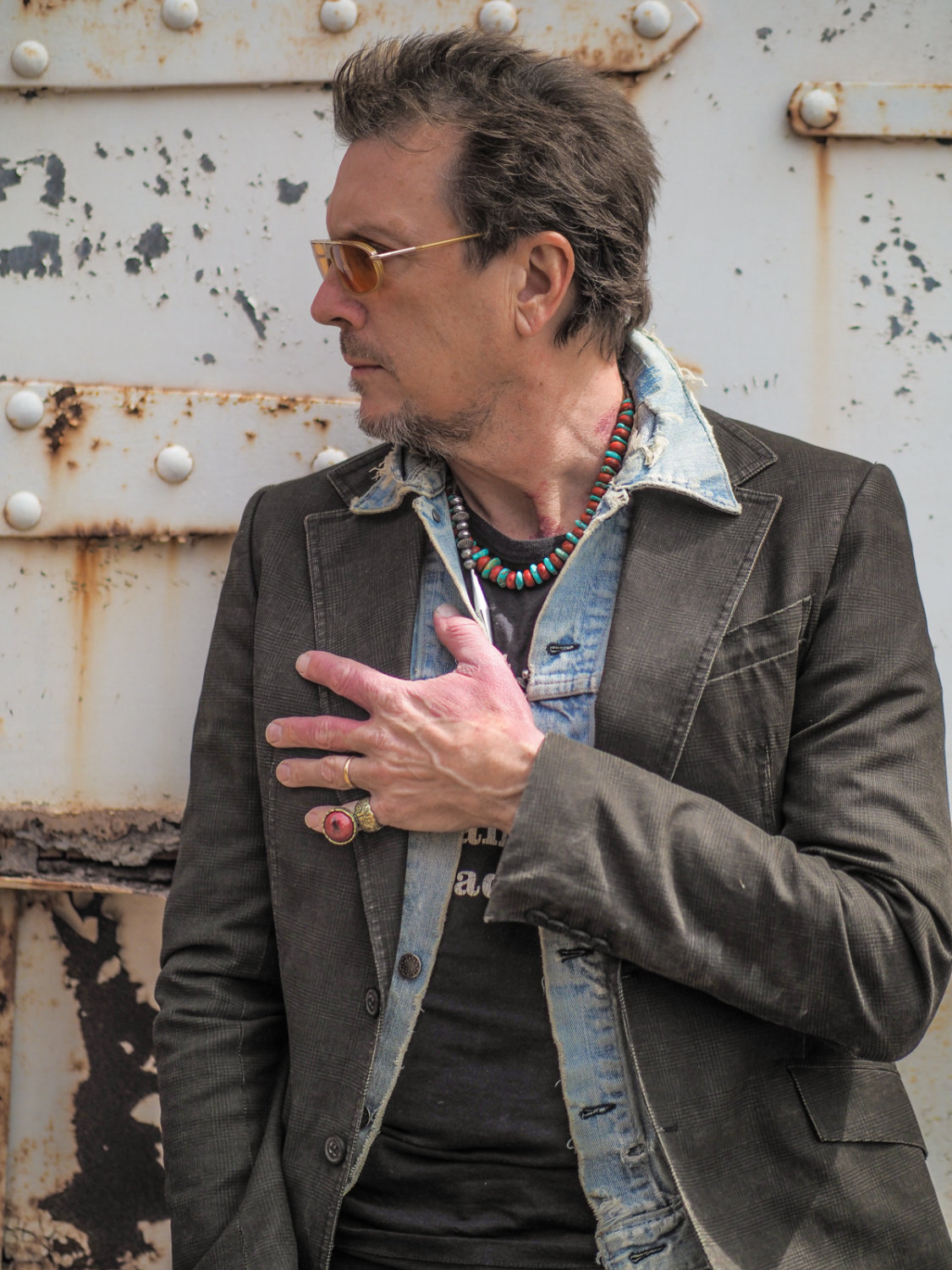 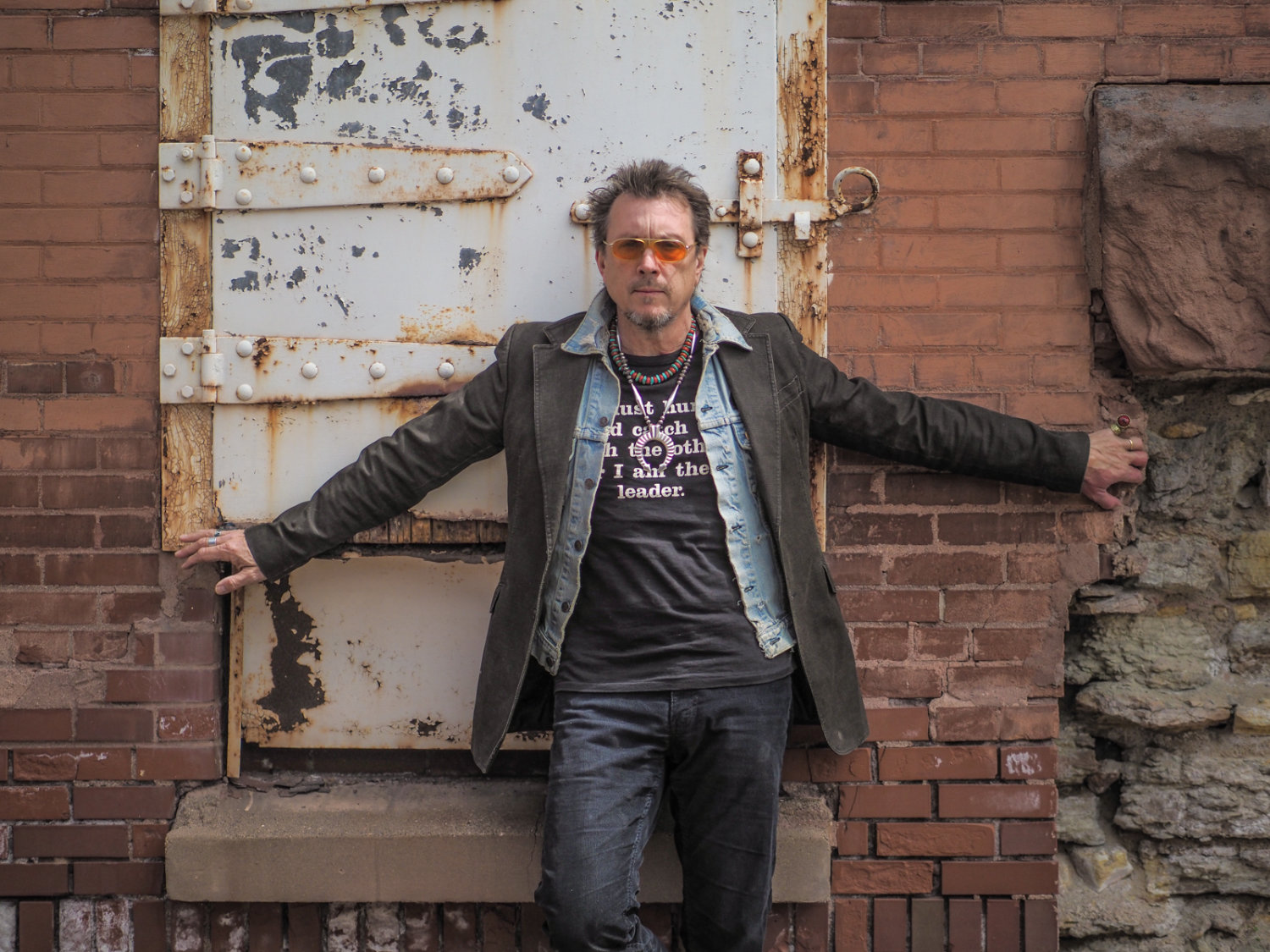