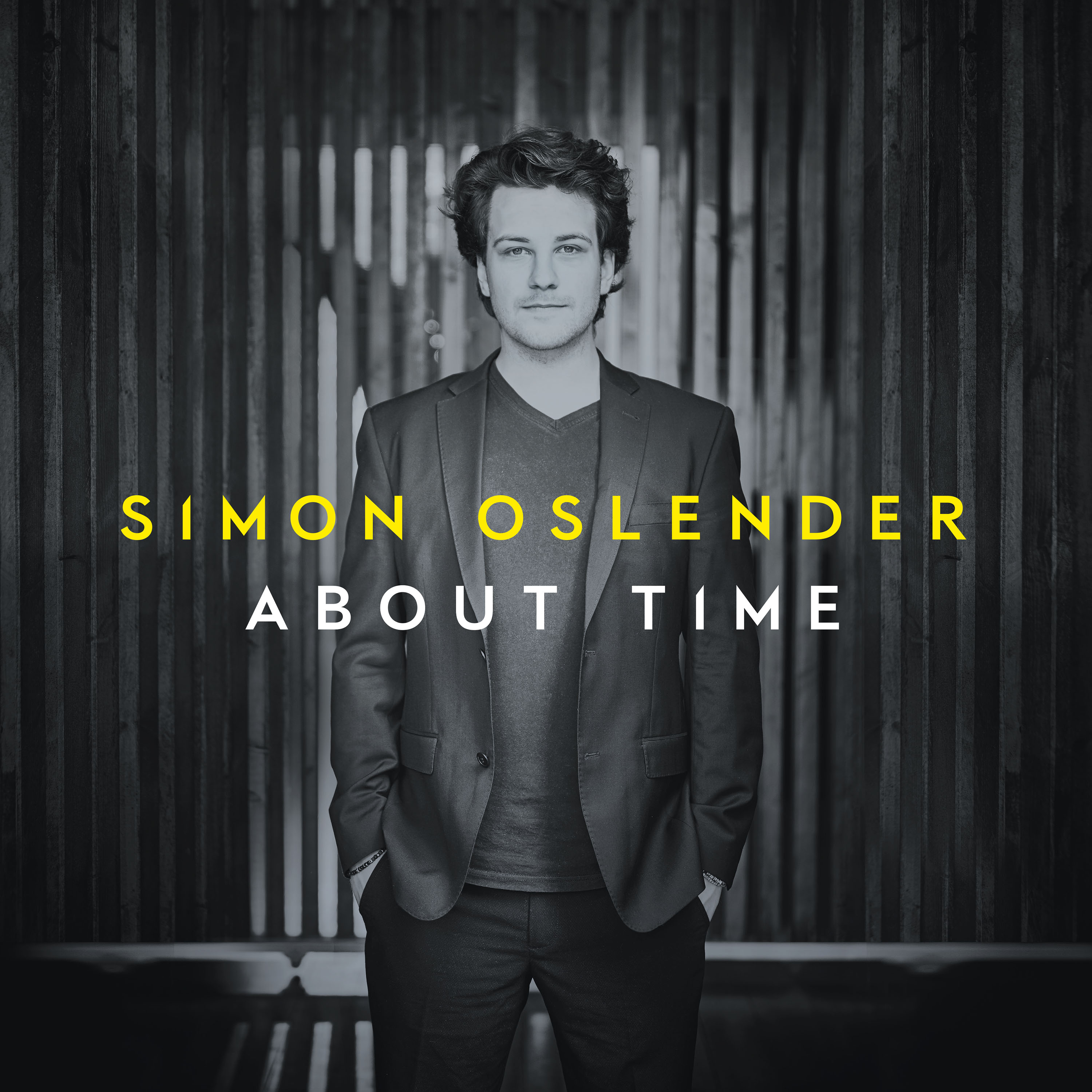 A mature feeling for time and how to use it in the right way, when to strike a note or a chord and – even more importantly – when to refrain from doing so. The usage of rests and space as a creative, dramatic element. All this is usually expected from top-level musicians, qualities that – and this seems to be the consensus – develop over the years and need a large amount of performance practise; in short: they are a result of “age”. But sometimes this does not happen. We all know the sayings: „feeling“ - you either have got it or you don’t; or: virtuoso but without any feeling; or: lots of feeling but technically rather inexperienced.

Considering his youthful age it might come as a surprise that Simon Oslender already combines all these qualities in his performance. This is raising questions: How is this possible at the age of 21? Is he a natural talent or an exceptional phenomenon? Or is he just an early bloomer?

As always, possible answers and attempted explanations are diverse. Talent is one part of it, hard work and perseverance another. Also the background of a musical family plays a role (his father is a drummer, his mother a singer). But most importantly – listening and listening again, over and over. Simon explored the world of colleagues such as Herbie Hancock, Dr. Lonnie Smith, Larry Goldings, Joey DeFrancesco, Richard Tee, Tom Canning, Ricky Peterson, George Duke – all of them masters of their trade, who combine technical perfection with - most importantly - soul and feeling, always aiming to serve nothing but the music. And then there is groove – again something you either have or haven’t got. It is a matter of timing, too. Simon also studied with Frank Chastenier. The former WDR-Big-Band pianist became his mentor, a maestro who shares Simon’s passion for piano and organ. He is somebody who can go to extremes on the Hammond, tearing an excited audience from its seats one minute and delicately make the piano sing the next minute, carefully developing every chord, every phrase, and each melodic arch.

Much of his style of performance can also be detected in Simon’s own sound (we will only mention in passing that he performed together with the WDR Big Band aged only 15 and with the Metropole Orchestra even three years earlier). I became particularly aware of this when I experienced the Aachenborn musician, now living in Cologne, on stage for the first time at the Jazzbaltica festival in 2018. Drummer Wolfgang Haffner – a master of powerful yet simultaneously reduced, fluid performance – had invited the then 20-year-old musician to join his band for the grooving, yet incredibly relaxed project Kind of Spain. “We will still hear a lot from this man!” prophesised Haffner. “Already now he is performing incredibly well. With a matureness and calmness I never had at the age of 20! He is full of energy but also enjoys the calm bits just as much! A very special character indeed.”

Many may know him as the long-time partner of Dutch drummer Jerome Cardynaals in their duo Twogether (nowadays Oslender & Cardynaals) and as organist and keyboardist for the energetic soul/funk band Pimpy Panda. Now he has finalized his very own debut album. It’s about time.

The right people in the right place at the right time. Haffner opened some doors and recommended him to saxophonist Bill Evans who was looking for a keyboardist to join his band The Spy Killers on their Australia tour. Simon was just the musician he needed. Within no time the name Oslender gained more and more recognition throughout the scene. At the 25 th anniversary party of JazzThing magazine in Cologne he accompanied Randy Brecker together with the Cologne Funkateers. Also part of the team were guitarist Bruno Müller, bassist Claus Fischer and drummer Hendrik Smock.

They all celebrate Simon’s debut together with keyboardist and producer Ricky Peterson, vibraphonist Christopher Dell, guitarist Hanno Busch, percussionist Roland Peil and the vocalists Peter Fessler and Cosmo Klein. A brilliant debut at the right time. A large-scale, touching party between funk, jazz, fusion, soul, blues and pop. WAREHOUSE. “I played my first concert with Wolfgang Haffner’s Band at the Warehouse Theatre in Windhoek, Namibia. A while ago, sitting in my bedroom, I just had this piece in my head! It is always like that: whenever I plan to compose something, I seldomly come up with anything. And then, at the moments where you least expect it, the best ideas just pop up out of the blue! We recorded the piece together with almost the entire Haffner Band. The music mirrors the very special and soothing mood present at the Warehouse that evening. I am particularly proud of this composition.”

ONE FOR G.D. “In George Duke’s playing, every note comes from the heart. This is my main goal: every note must come directly from the soul, without any unnecessary distractions - I want every note that I play to have a meaning and a message, to be relevant. And the only way to achieve that is, in my world, playing what you feel - nothing else. George, for me, is the epitome of that way of playing. Unfortunately, I never got to see him live but listening to his records always inspired me like nothing else - and still does. It was therefore very important for me to dedicate this piece to him, to my favourite keyboardist. Thanks, George!“

SUMMER IN BERLIN. “A beautiful summer holiday in Berlin with my best friend inspired this composition. We didn’t have any plans, went with the flow and just did what we felt like doing - what a joyful week that was. This is the mood of the whole piece. Even though we recorded it without the trumpet at first, I had always heard the strong, warm sound of Randy Brecker’s legendary playing on this piece - but I didn’t dare to contact him at first. Wolfgang Haffner encouraged me and said ‘why don’t you just ask him?’. So I did and Randy immediately agreed. He put so much love and passion into every note. It took the song to a completely different level.”

DON’T EVER LOOK BACK. “One day I was at the studio recording my friend Alex’s album. During a break I passed by the Wurlitzer-piano and just played a few notes without thinking about it at all. At this very moment Alex rushed in and shouted: ‘Man! That’s a song!’ I was completely surprised and played it again, just now realizing what I had played. We quickly recorded it on a mobile phone and this is how the melody of the piece came into existence. A few days later I finished the composition. All of this would have never happened without my friend accidentally walking into the room while I was tinkling absently on the piano… In the studio the recording of the piece went great - the first take was perfect. It was a magical moment with an incredible solo performance by Hanno Busch in a setting between serene calmness and exciting dynamics. FRAGILE. “It was important to me to work with Peter Fessler whom I have already known for quite a while. He worked out an incredible arrangement of this Sting-classic on the guitar for my album. Totally open, very slow and with lots of space and time. While listening to Peter’s recording we could not keep back the tears. I then took to the piano and just commented on it. This song is certainly, together with LULLABY, the calm anchor of the album.”

FEEL LIKE MAKING LOVE. “One of my all-time favorite songs. The arrangement for this one was made by Christopher Dell, Christian Diener and myself while we were on tour with the Wolfgang Haffner Band. Once I had decided to ask Christopher to join us for this recording as a guest artist, it became clear that this piece just had to be included in the album. Even before the official start of our recording session Wolfgang, Chris, Claus Fischer and I met at the studio and recorded two pieces, FEEL LIKE MAKING LOVE and WAREHOUSE. This was the perfect start for the sessions, a hang bursting with lots of fun, friendship and good vibes.”

ROOFTOP PARTY. “I wrote this piece some time ago and always thought that it would be ideal for Bill Evans. I just knew he had to be the one to record it but for a long time I did not dare to ask him. After we got to know each other better I eventually dared to approach him. He immediately agreed to do it and the dream came true - I’m full of gratitude for his support and friendship!“

EDGE OF LIFE. “I wrote this song together with soul singer Cosmo Klein, who is also singing it on the recording. The recordings were funky as can be but in the studio we had the feeling that something was still missing. Along came the incredible Ricky Peterson who created a fantastic horn arrangement, which he recorded on a synthesizer. Later we added even more horns by Paul Heller and Rüdiger Baldauf which, in combination, made the whole thing shine like I never dared to imagine. It was another strong reminder of the amazing team of musicians I was honored to have around me for this album. A highlight!“

WHEN IT HITS YOU. “An organ shuffle in F. I have always loved that and it just had to be on the album as well. I wanted a superb fusion-shuffle, not in the style of a conventional blues but rather more diverse and interesting. In this song, along with tasty-as-can-be solo by Bruno Müller, bassist Claus Fischer and drummer Hendrik Smock are rolling through the whole thing in an unparalleled way. They are a groove-team par excellence!“

LULLABY FOR TOM. “For many years Tom was my…cuddle dog! I was single and had nobody else to write a lullaby for! The composition is already several years old but had never been recorded before. At first I thought a piano ballade might not fit in too well with the rest of the repertoire but funnily enough, choosing this one turned out to be the best decision I could have made! The piece is the perfect ending for the album, almost a friendly farewell to the listener. Lots of chords and complexity might be impressive and fascinating, but in the end the most powerful, moving music lies within the simple things.”

The last note is a simple triad. A calm exhalation.

02 One For G.D.
dedicated to George Duke

Recorded an mixed by Klaus Genuit at Hansahaus Studio, Bonn, Germany in summer 2019

My heart goes out to all of you who have supported me in making music, being myself and especially making this record: my loving parents, my beautiful girlfriend Anna as well as my whole family. To my big brothers Alex, Christian and Heen and my teachers and mentors Agata, Stefan, Frank and Wolfgang. To Tom Canning for being the one who made me want to play organ when I was 4 years old and to my heroes for all the inspiration. And to every single one of you who has supported me no matter what. I love you all!
Special thanks to all the amazing musicians on this album. It wouldn’t have happened without you all: Bill, Bruno, Christopher, Claus, Cosmo, Hanno, Hendrik, Paul, Peter, Randy, Ricky, Roland, Rüdiger, Wolfgang. Thanks for sharing this special journey with me.
And last but not least the amazing team of Joachim Becker, Ricky Peterson and sound genius Klaus Genuit. Thank you for believing in me and making this dream a reality!
I’m grateful and proud to be able to say that this record is 100% me. I stand behind every song, every bar, every note. I had no idea when I started writing what a special and exciting trip this was going to be. Thank you all for listening. 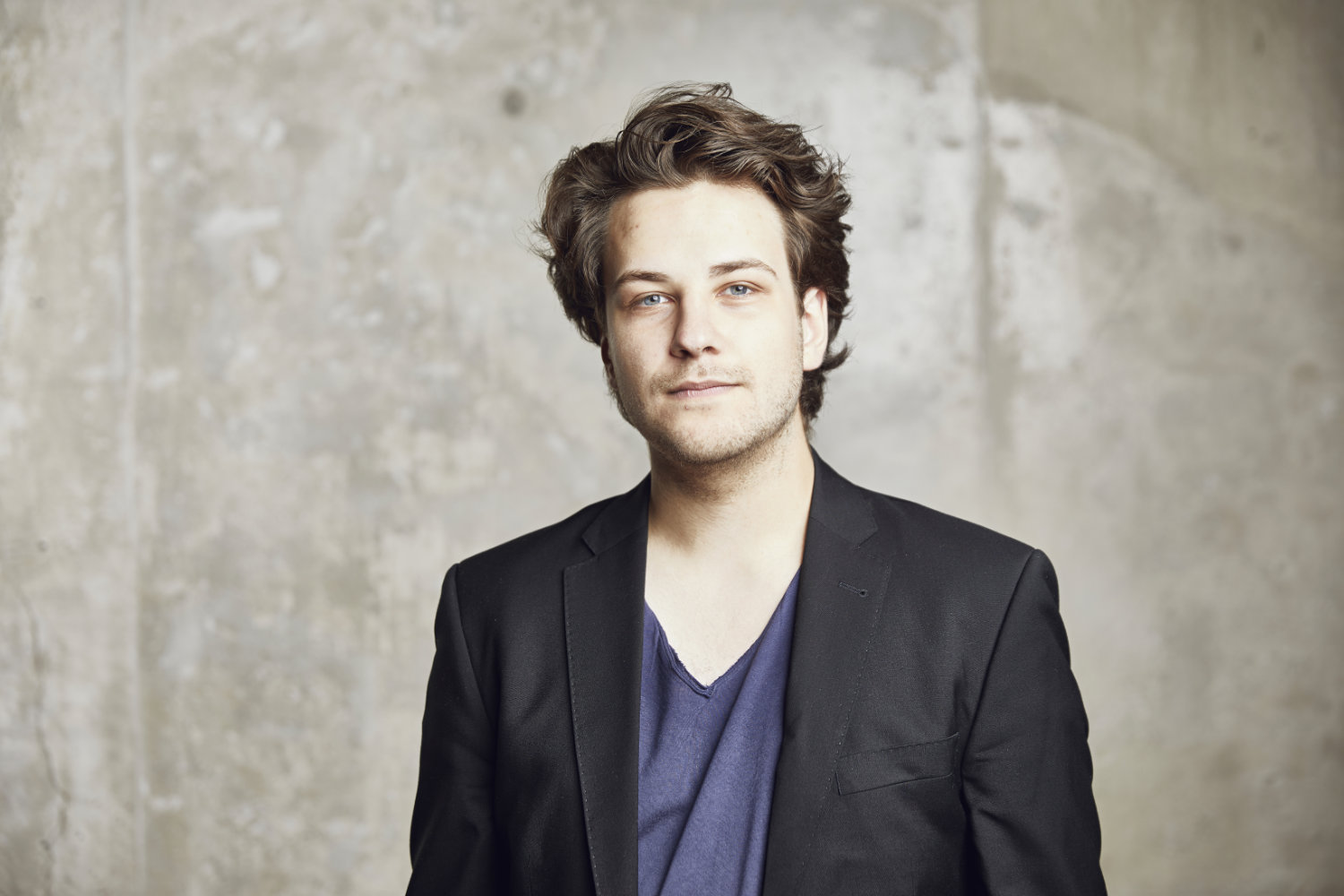 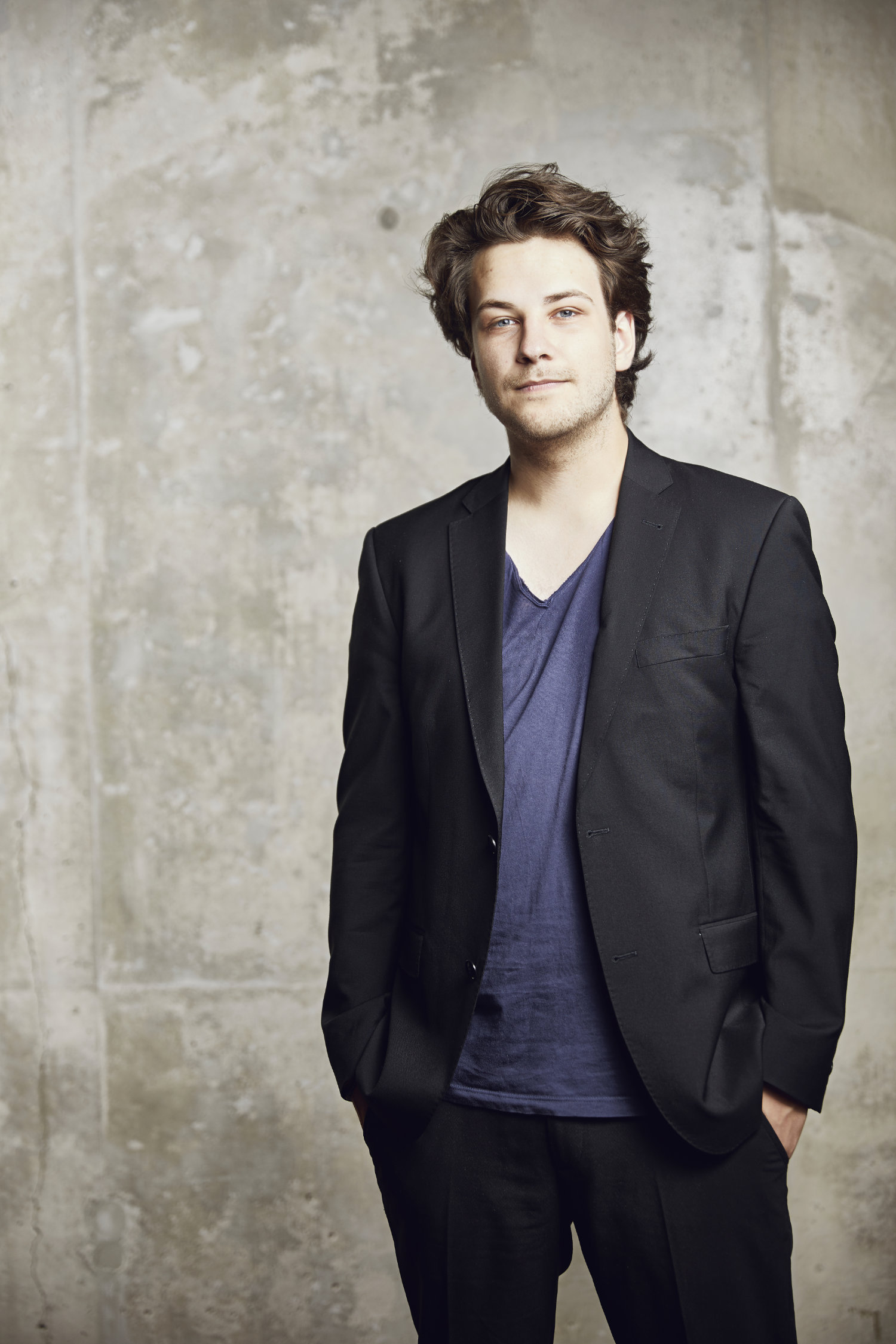 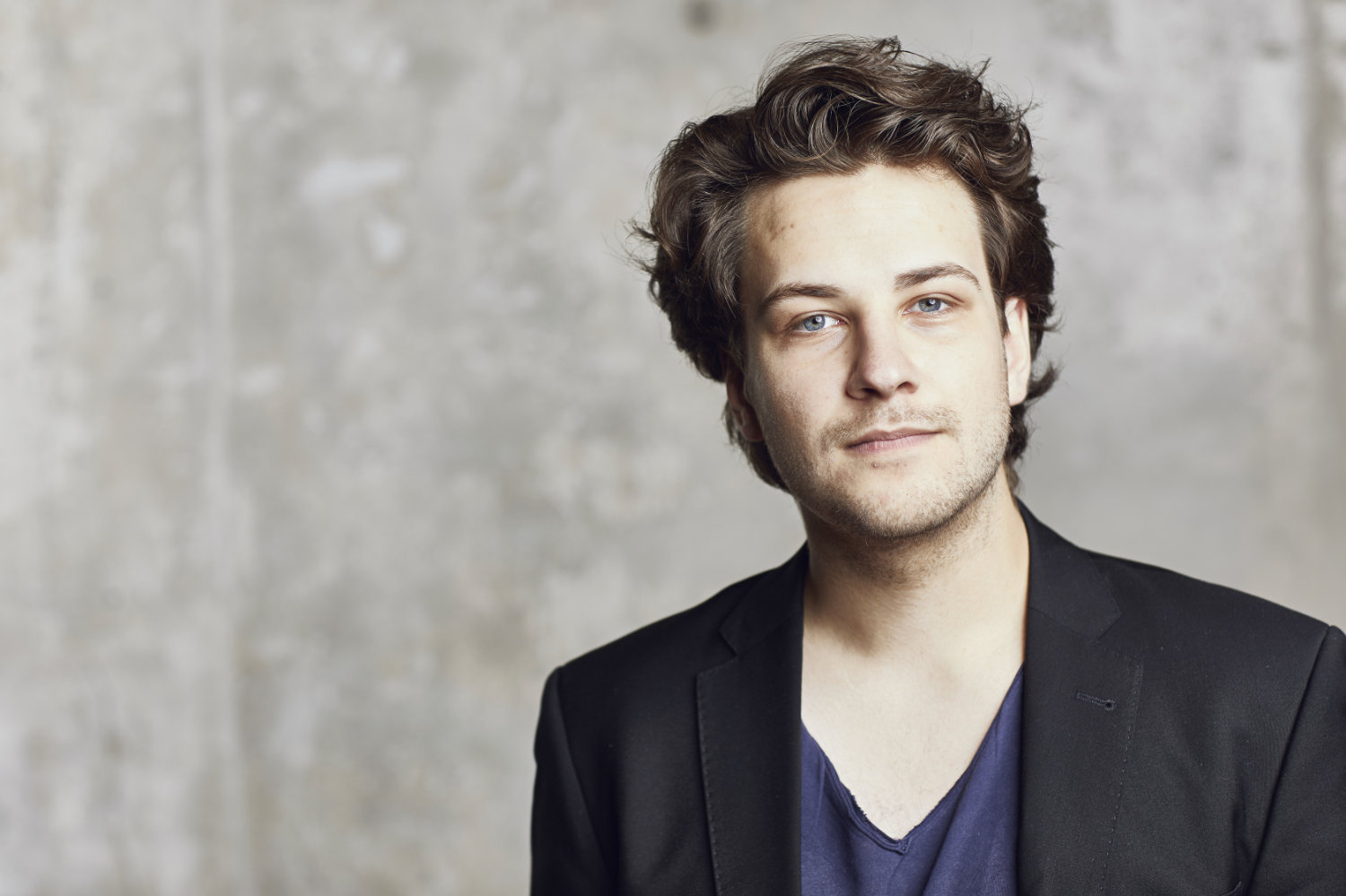 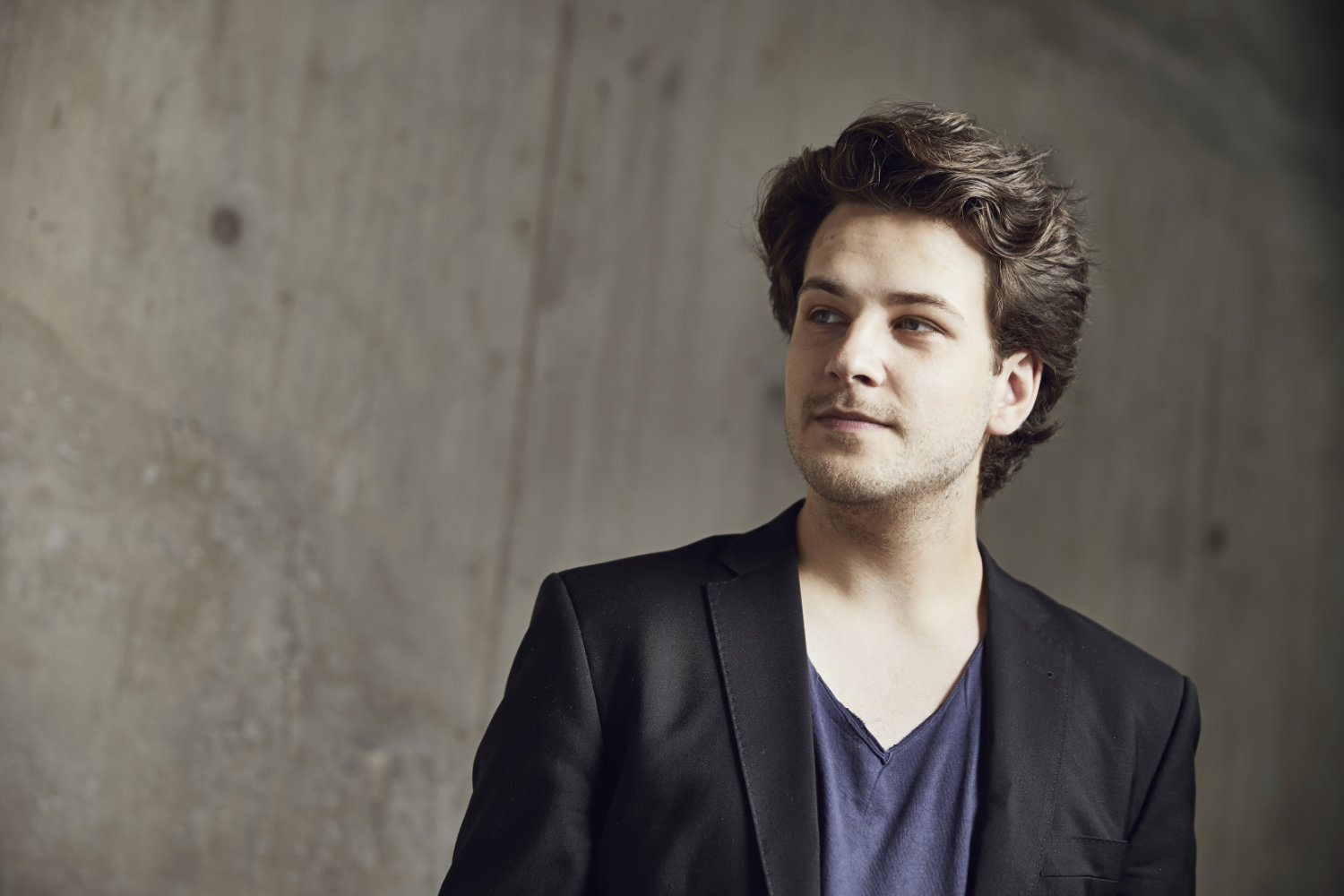 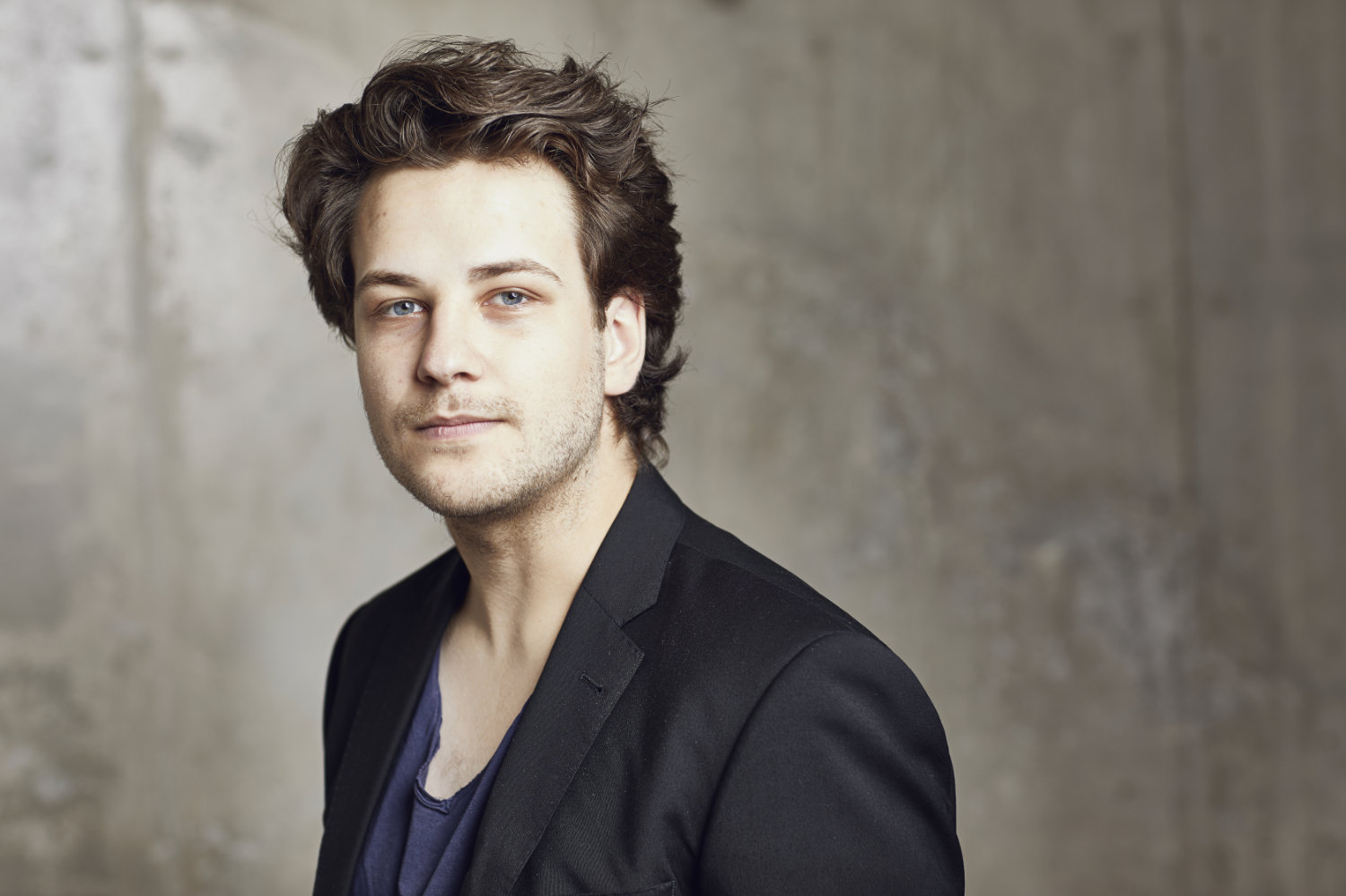 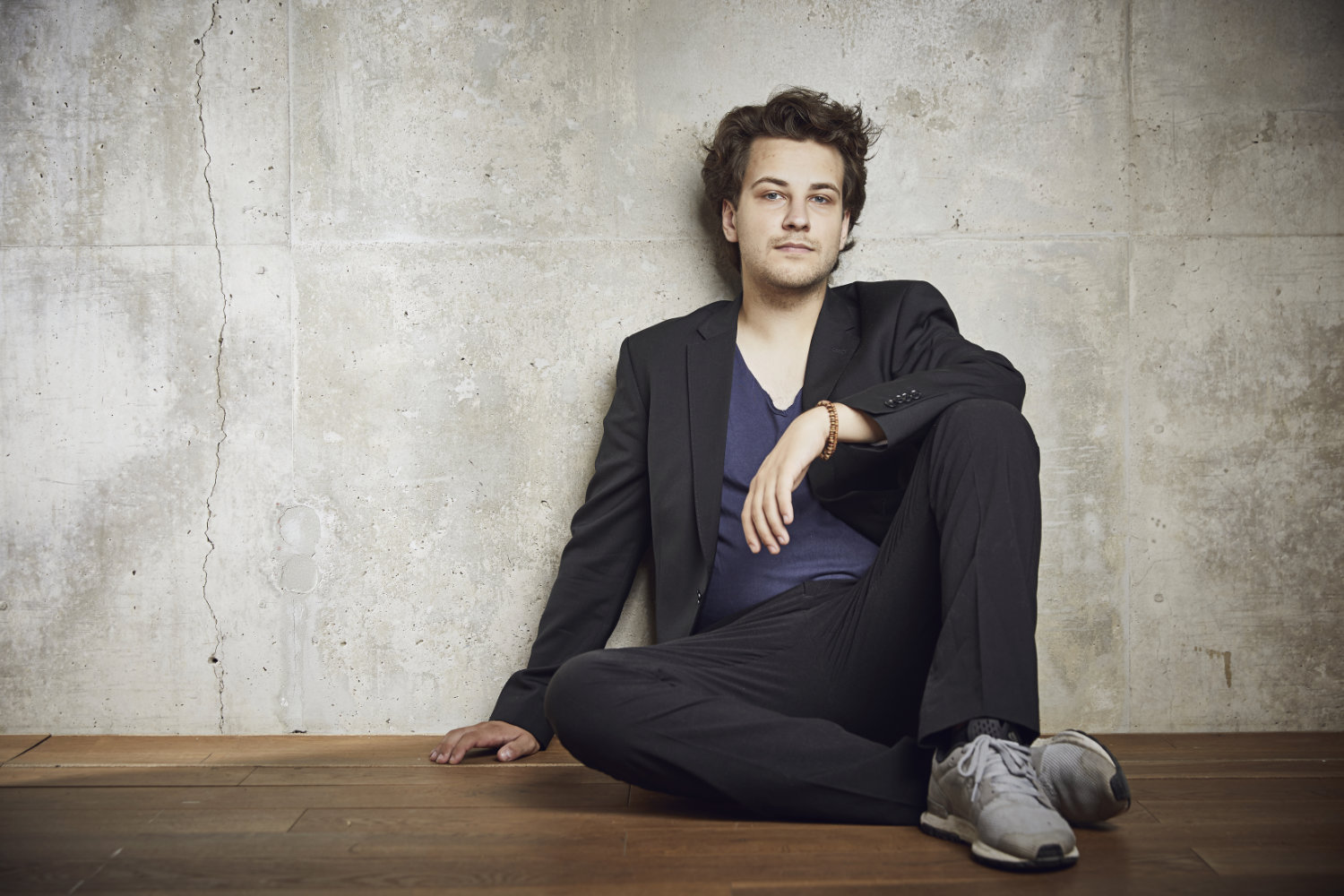 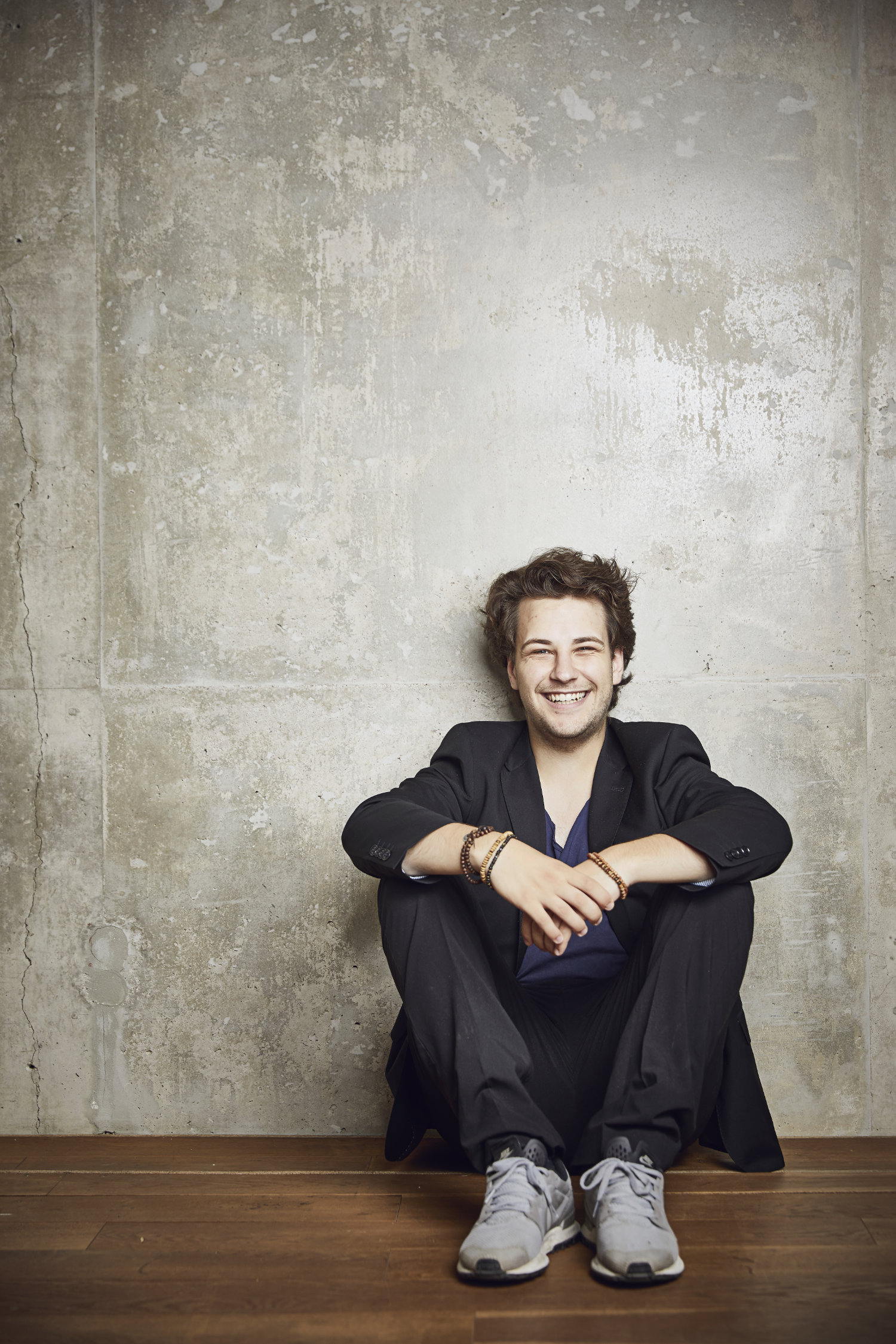 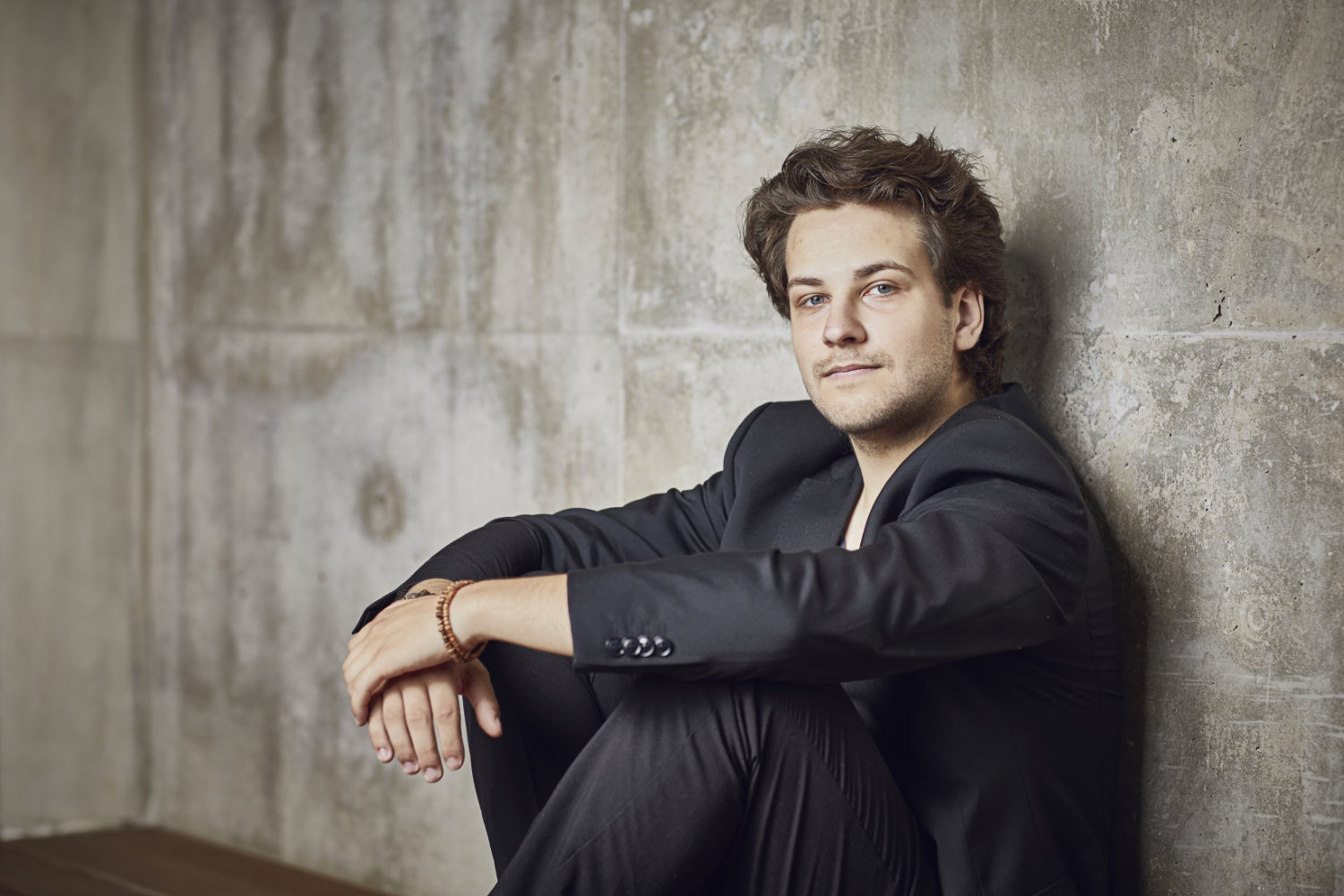 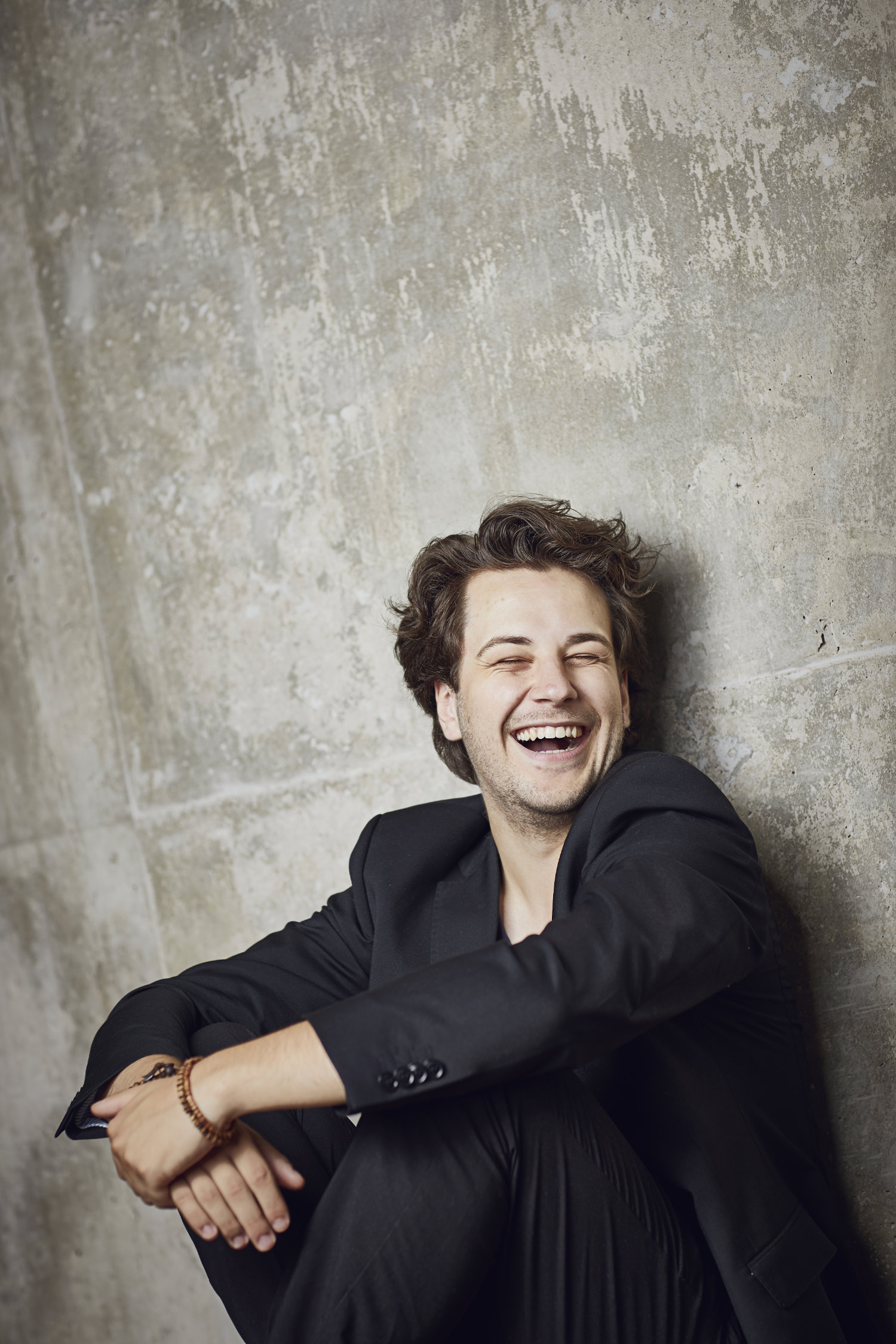 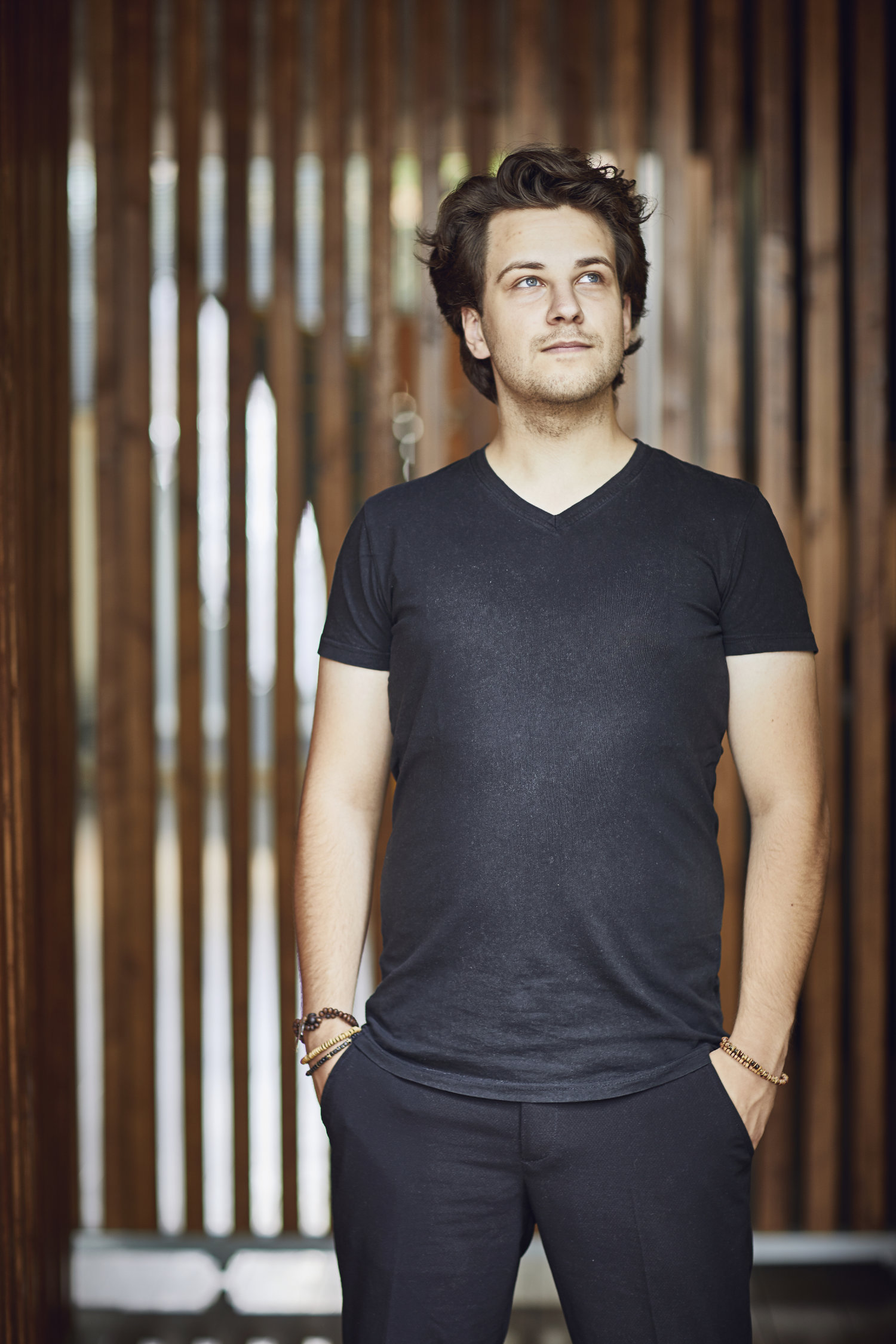 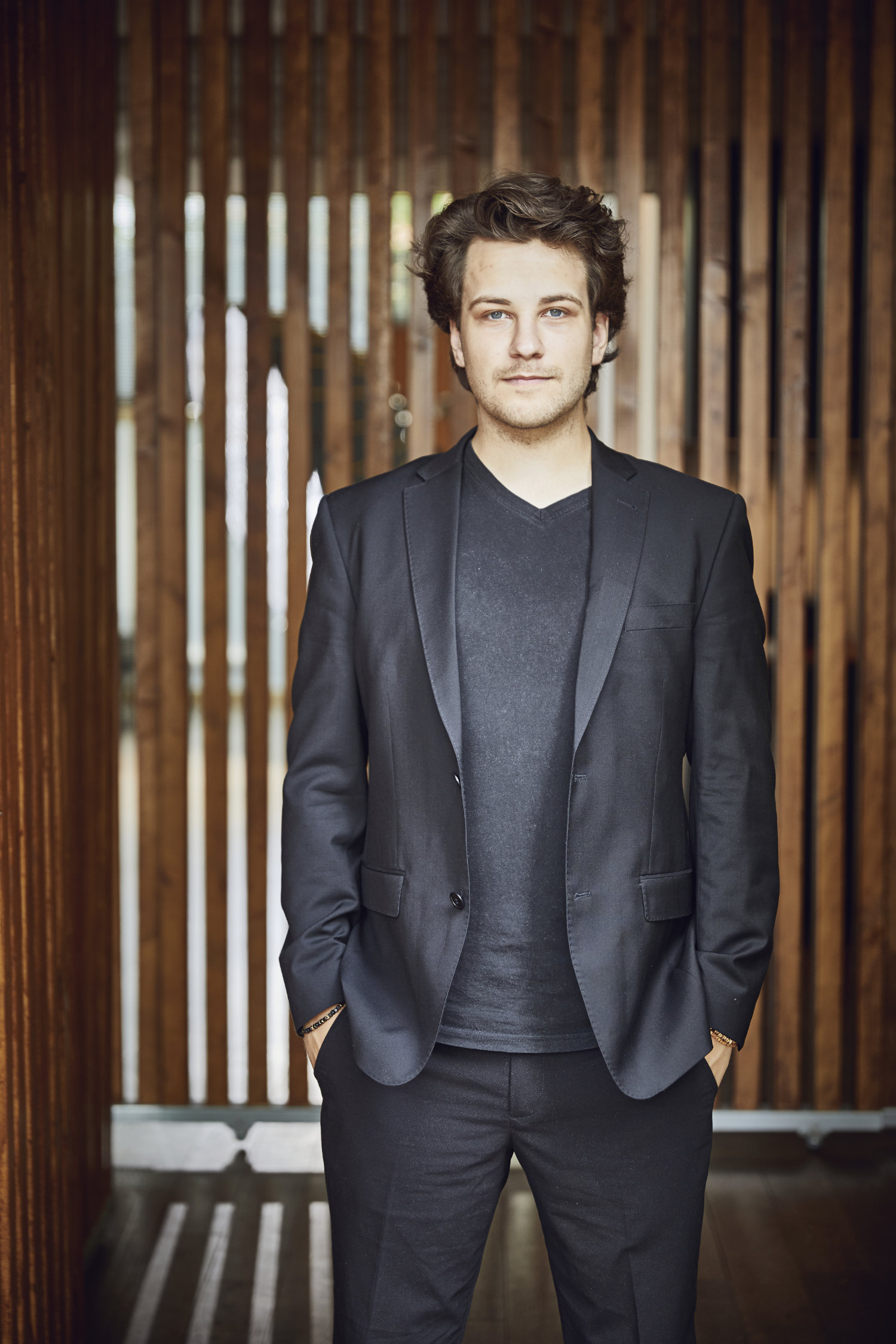 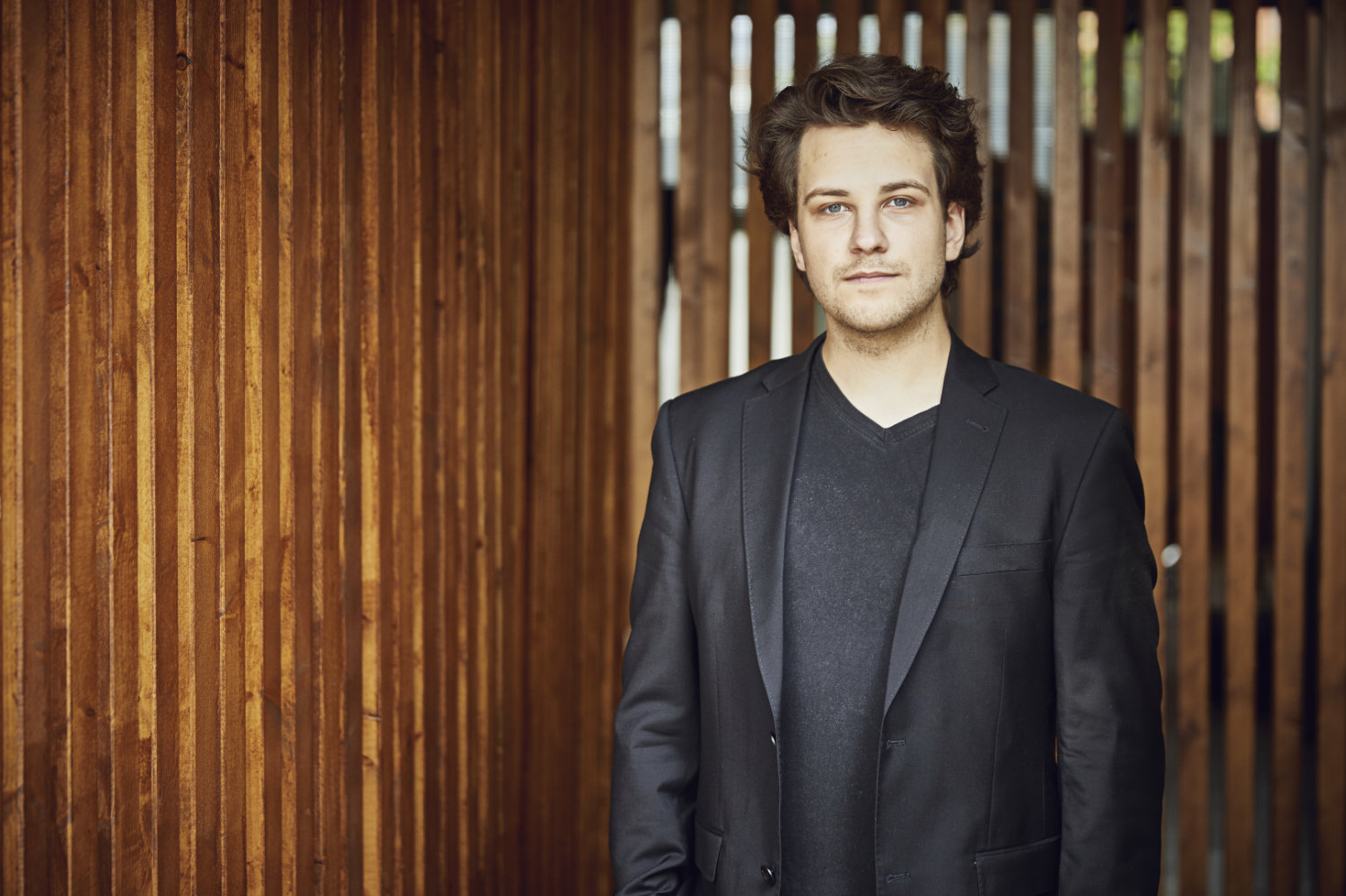 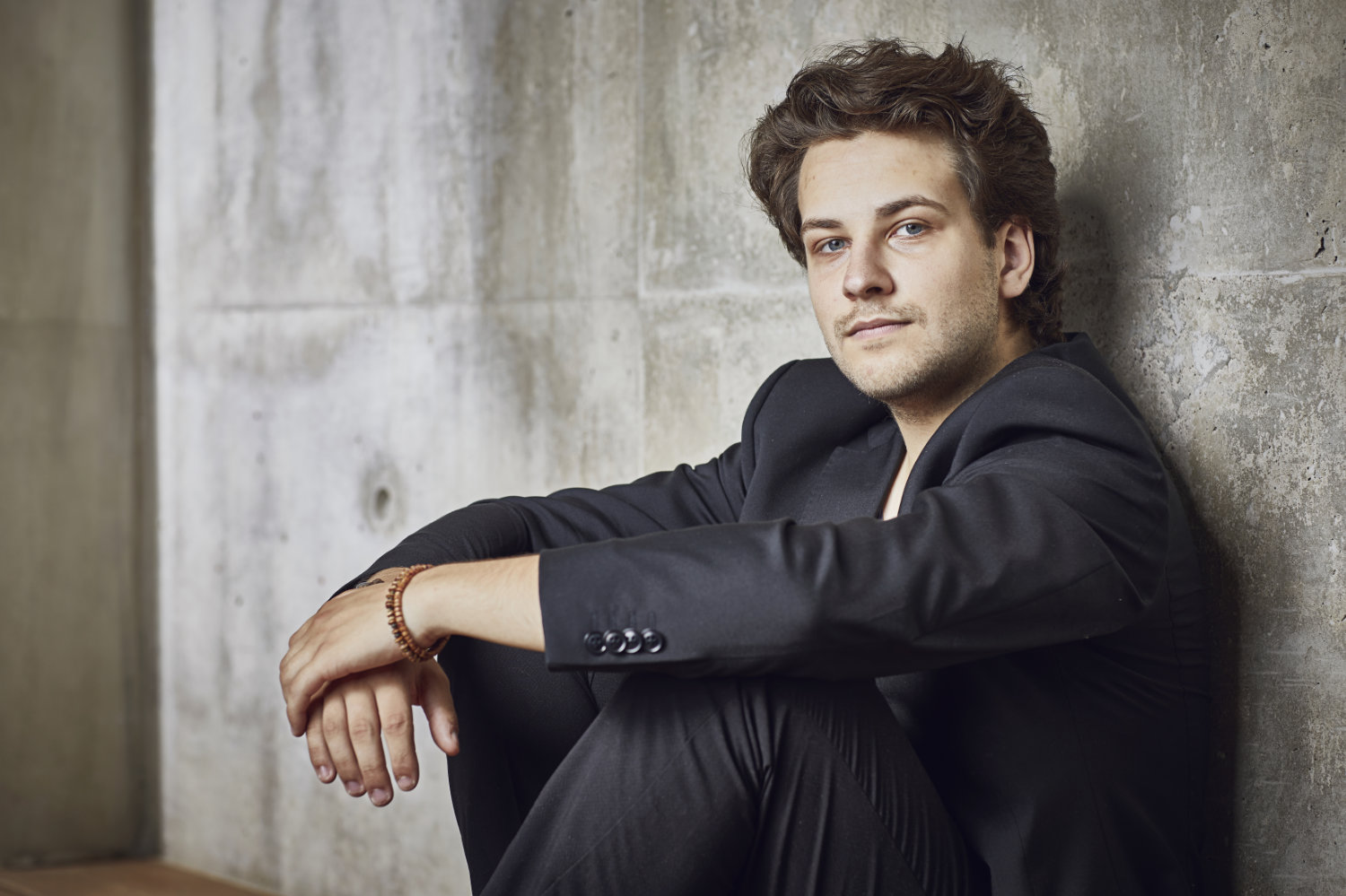