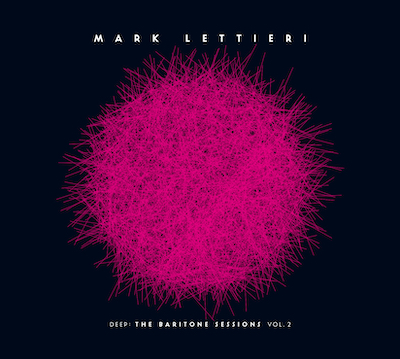 listen on iTunes or Spotify

Well known for his tight, aggressively grooving brand of rhythm playing, whether in the service of the GRAMMY Award-winning band Snarky Puppy, the Fearless Flyers or on his six solo albums, guitarist Mark Lettieri has found the perfect algorithm for the funk. Merging the influences of ‘70s and ‘80s rhythm and rock guitar icons like Prince and Eddie Van Halen, along with wide inspiration from George Clinton and P-Funk, Chuckii Booker, Periphery, Stevie Wonder, Steely Dan, and others. This Fort Worth, Texas resident has been insinuating his razor-sharp licks into the consciousness of funkateers since joining Snarky Puppy in 2008.

From the crisp interlocking lines of the surging “Red Dwarf” to the chank-a-chank rhythm guitar work and late ‘70s Herbie Hancock vocoder stylings of “Magnetar” to the Prince-inspired “Tidal Tail” and the driving “Star Catchers,” a kind of updating of the Brecker Brothers featuring the four-piece Philthy Hornz, Deep showcases Lettieri’s remarkable six-string proficiency and ability to stack layers of guitars to maximum funky effect. Other tunes like the atmospheric “Blue Straggler,” an amalgam of funk, country and ambient music fueled by Toy’s pedal steel, and the sparse closer “Sublight,” featuring Lettieri on acoustic fingerstyle guitar accompanied only by his omnipresent baritone guitar and Jason Thomas’ sensitive brushes-on-snare playing, offer a change of pace while representing a different music side of the longtime Snarky Puppy sideman.

“The first Deep recording came about after posting videos on social media of some baritone guitar-based funk-rock tracks that I was composing at home, starting back in 2015,” Mark explained. “I realized that the tracks were something a little different from what I was hearing other people do, but they were really just demos to me - a fun challenge for myself to create some social media content. However, people responded to them in a way that I did not expect. This led me to understand the value of them sonically. I recognized that there was some artistry in it too. I kept it up for a few months until I had amassed quite a collection of these funky riff-oriented tunes I was putting online."

Lettieri took a lot of those early demos and fleshed them out, adding live instrumentation that replaced his drum and keyboard programming, resulting in Deep: The Baritone Sessions. “It’s not called Vol. 1 because I wasn’t totally sure what was going to happen with it after that,” he noted. “But people really liked it and the process of putting it together was something that I felt could be repeated often. The second one was going to be another EP, until Joachim Becker (LEOPARD) called and asked if I’d interested in making it into a full-length album. I agreed and right around the end of August, early September of last year, I experienced this kind of explosion of creativity and wrote all the music for this album.”

Created during the pandemic, Deep: The Baritone Sessions Vol. 2 is a triumph of ingenuity built upon Lettieri’s life-long love of funk and rock. “All of the production was done at my home. I emailed the songs to the musicians, and they recorded themselves in their home studios and sent the tracks back to me. It was a cool way to keep it collaborative, involve more of my favorite players, and extend the family a bit for the second round. I’m glad I ended up making it a full length and not another EP. It felt really healthy to get all this music out. It’s been cathartic for me. When the pandemic hit and all of a sudden your tour calendar evaporates right away, you find yourself searching for purpose a little bit. I definitely had a lot of questions like, ‘Why am I doing this? Is this worth doing? How do I support my family doing this?’ Songwriting wasn’t exactly the first thing that came to my mind when the lockdown happened. It was more of, ‘I need to provide.” I focused my time on taking care of my household. Eventually, I experienced a feeling of, ‘Oh, wait a minute, I’m still an artist. I need to create things.’ So I'm thankful this record even happened.”

Within each albums of the baritone series Mark develops a theme. For Deep: The Baritone Sessions, he descended to the bottom of the ocean, with each song named for a certain species of deep sea fish. For Deep: The Baritone Sessions Vol. 2, Lettieri traveled into outer space, titling the songs after different celestial phenomena. As the tunes unfolded, he researched for various galactic events representing the moods found in each track. For example, the acoustic number “Sublight” got its name from Star Wars, meaning below light speed space travel.  Mark felt this fit the down tempo track. On the other end of the spectrum, is the combustible “Supernova.” “‘Supernova’ was an easy one to name,” says Lettieri. “That song is a total explosion.  I’m not sure what I’ll do for Vol. 3. Maybe I’ll explore deep feelings,” he laughs.

With Lettieri laying down multiple guitar parts and bassists Wes Stephenson, Daric Bennett and Braylon Lacy recording at their respective homes, the majority of the drum parts, except for Robert “Sput” Searight who also recorded at his home, were done in separate studios — Jason “JT” Thomas in Farmers Branch, Texas, Nate Smith in Nashville, Adam Deitch in Denver, TaRon Lockett in Los Angeles. “The horns on ‘Star Catchers’ were done in different parts of the world,” the guitarist explained. “Philip Lassiter arranged the piece in Holland then sent the parts to the other fellows spread out all over the globe — one in Europe, one in Brooklyn, one on the West Coast. My keyboard player on that track, Justin Stanton, was in Portugal. Steve Lukather recorded his solo at his son’s studio in L.A. We had everybody all over the place on that track.”

While Lettieri created very meticulous demos for all the tunes, he let the musicians reinterpret the parts and add their own flavors. “Naturally, they hear things that I don’t hear,” he said. “The drummers hear things that I can’t program. I would rather have their interpretation of the direction that I give them.”

Mark explained his process of overdubbing and layering multiple guitars for these tracks. “It's pretty involved on some of them. Generally, what I’ll do is almost over-arrange the guitars on purpose, then start subtracting things. It effectively gives me an idea of which parts need to be there and which parts are going to muddy the mix. I’m very conscious about the tones I choose, especially with baritone guitar. The more of it you put in, the thicker the low-mid frequency gets. You run the risk of having no room for the bass guitar, low synths, or any sort of synth bass. Within each song, the main motif or riff originates with baritone guitar. That riff gets dressed up with some auxiliary parts or a melody, in some cases. However, this music is not as melody-focused as the material from my other records. That’s by design because the baritone music has its own niche. The riffs serve as the hooks, which are built through the layering of parts into these intricate lattice work patterns.”

Drawing on his arsenal of baritone guitars from Bacci, Danelectro, Hybrid Guitars Co., and Supro, combined with standard electrics made by Grosh and PRS, Lettieri meticulously carved out the ten tracks that appear on Deep: The Baritone Sessions Vol. 2. “I love funky rhythm guitar and I also love bass, but I can’t play both at the same time,” he said. “The baritone is kind of a nice middle ground there. At this point, people have begun to recognize me as someone who does this weird baritone guitar thing, so I’ll happily stick with it.”

Now with Deep: The Baritone Sessions Volume 2, Lettieri takes it to a whole other depth with some irresistible pocket playing and low end lines that resonate in your gut. “I mean, that's the whole point,” he laughed. “If I can’t blow your speakers, I didn’t try hard enough.”

He added, “I'm always listening to great recordings from the ‘70s and ‘80s, and paying close attention to how guitar tracks are placed around songs. That music has always been a template for me on how to arrange parts. I look at orchestrating rhythm guitar parts perhaps the same way a string or horn arranger would.”

You can feel the impact of Lettieri’s funky orchestrations on Deep: The Baritone Sessions Vol. 2, scheduled for a April 16, 2021 release on LEOPARD.

Mixed by Maxwell Stark, except for “Sublight,” mixed by Joey Lomas
Mastered by Marko Schneider at Imagion AG, Trierweiler, Germany

Eric Gerber at Royal Artist Group
This email address is being protected from spambots. You need JavaScript enabled to view it.

This record is the direct result of a sudden burst of inspiration, ignited by circumstance, and fueled by the vibrancy of those involved in its creation. In order to further explore the expanse - and depth - of where these sounds could travel, it required assembling the incredible cast of colleagues credited herein to join me on this latest journey. My sincerest gratitude for their immeasurable talent and time. They have made this music come alive in ways I could not have imagined, and I am honored to showcase their gifts at high levels of volume. 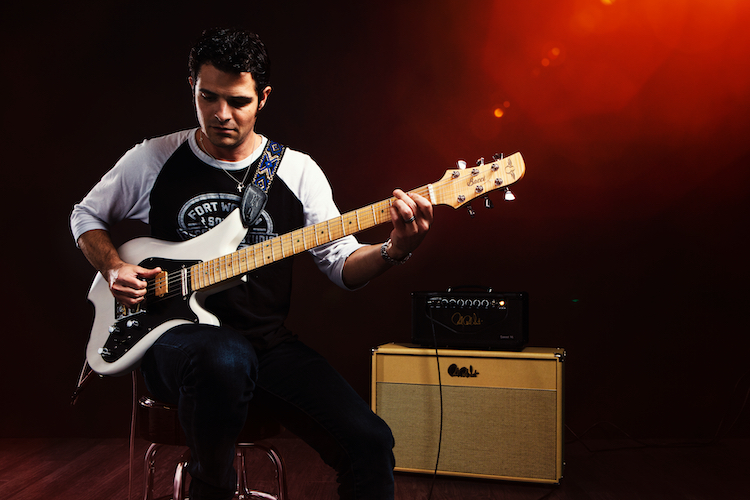 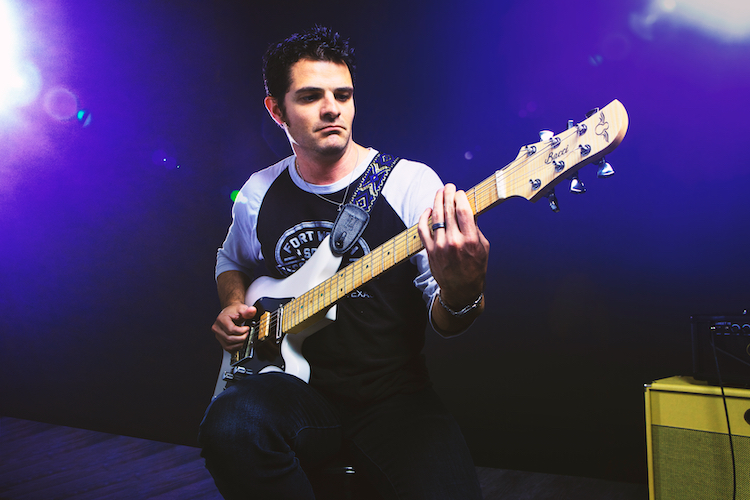 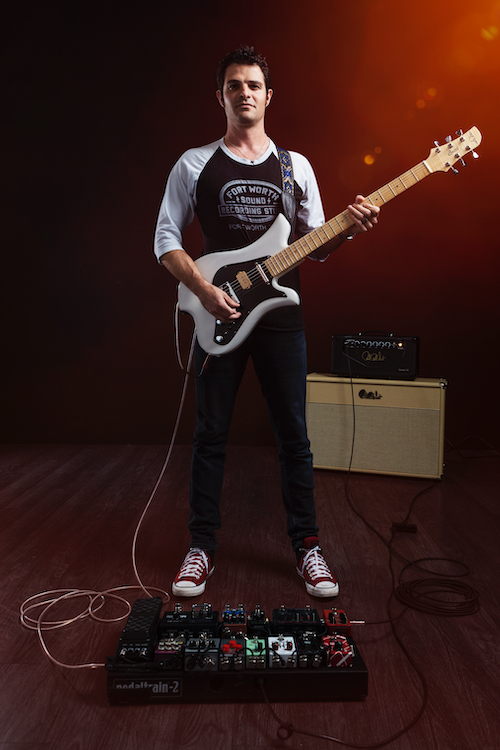 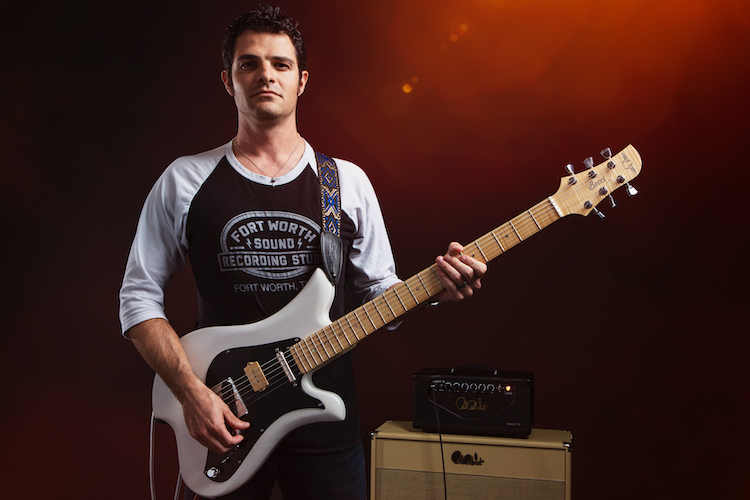 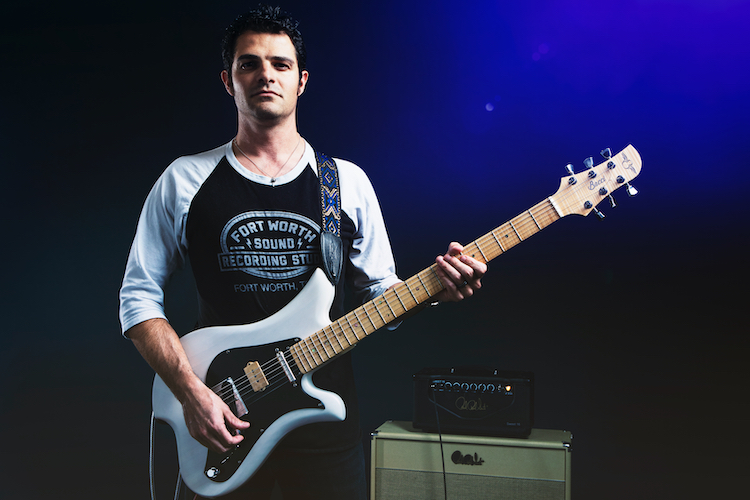 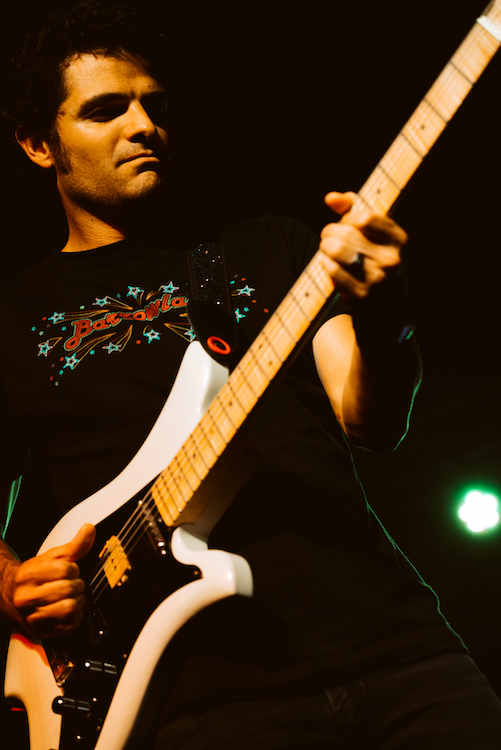