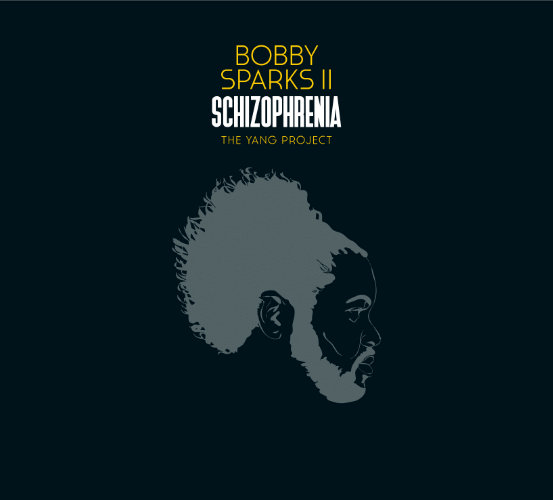 The influences of Bernie Worrell and P-Funk, George Duke, Stevie Wonder, D’Angelo, Dizzy Gillespie and other key figures in Sparks’ long musical journey come to bear on this ambitious project, his first as a leader.

Born to a musical family in Corsicana, Texas in 1973, Sparks was playing organ in the Sixth Avenue Baptist Church at age six. “My mother was a gospel organist and pianist at church, so she was showing me all of the popular church hymns of the day,” he recalls. “And then my daddy was pushing the jazz thing. He was a trumpeter and a straight bebop man. Dizzy Gillespie was his favorite trumpet player but he also loved Sonny Stitt, Sonny Rollins, Dexter Gordon and Count Basie, so I grew up with all that music. Later on he turned me on to Miles Davis and would always play Kind of Blue for me. And he also turned me on to Jimmy Smith and Jimmy McGriff, which is how I learned to play organ. Also, my daddy was a big Albert King, Albert Collins, B.B. King and Freddie King guy. So he got me into the blues too.”

The Hammond B-3 organ that Sparks received from his parents on his sixth birthday, and which he still plays to this day, is just one of the many keyboards in his arsenal on Schizophrenia. He favors vintage gear, including the Mellotron 4000, Hohner D-6 clavinet, Fender Rhodes electric piano, Mini-Moog, Oberheim OBXA, ARP Odyssey and Prophet-5, all of which had their heyday in the 1970s. ‘I just love all of those keyboards from that era,” he says. “They just have a different character.” Those vintage keyboards, which helped Sparks forge a distinctive voice as a highly sought-after sideman and studio player, come to the forefront on Schizophrenia.

“We Play What We Want” blends the influences of P-Funk, hip-hop and jazz within the same tune. Based on Thelonious Monk’s “I Mean You,” it slams with authority on the strength of Mark Simmons’ flam beats while paying homage to the high priest of bop in the potent rap of emcees No D’finition, Brother Polite and Dontae Winslow.
Bassist extraordinaire Marcus Miller’s signature slapping and drummer John “Li’l John” Roberts’ slamming groove fuel the instrumental funk opus “Bobby Sparks Sr.’s Famous Chili.” Bobby II quotes from his father’s favorite trumpeter (a lick from Dizzy’s “Birk’s Works”) in the middle of his solo while alto saxophonist Keith Anderson makes like Maceo Parker on this urgent throw-down.

The rock-fueled “The Comanches Are Coming” features bassist Dywane “MonoNeon” Thomas Jr. in tandem with frenetic drummer Robert “Sput” Searight while the slow-grooving “So Fine” features sly, sexy vocals by James “J. Rob” Robinson. “James is my favorite singer right now,” says Sparks. “He’s from Memphis…very soulful like Bilal or Stevie Wonder. He’s definitely going to to be a star, once everybody catches on to who he is and what he has to offer.”
Another soulful singer, Frank McComb, delivers the romantic message on “I Miss U,” with Sparks providing lush synth string accompaniment beneath his acoustic piano solo.

The dynamic “Black Man Running from the Police,” recorded just last year, is fueled by drummer Mike “Blaque Dynamite” Mitchell. “Mike plays with Stanley Clarke,” says Sparks. “He’s like the young Tony Williams, he’s definitely the future. And for this track I told him, ‘Just play! Let’s create something that’s never been done. Let’s approach it where you just bash!’” Guitarist and co-writer Todd Parsnow provides the rock muscle here while Sparks unleashes on B-3 organ and Mini-Moog on this instrumental opus.
“Stono River” is more slam-funk fueled by Simmons in tandem with bassist Mark A. Walker and features guitarist Lucky Peterson in some fiery call-and-response exchanges with Sparks’ Mini-Moog. “Lio Is Weird as Hell” is a ferocious fusion number out the Billy Cobham-George Duke Band playbook. Anchored by bassist MonoNeon and drummer Simmons and featuring a sizzling guitar solo from Mark Letteri, it has Sparks pulling out all the stops on B-3 organ, ARP Omni 2, PolyMoog and MicroMoog.
“All Mine” is a mix of neo-soul and hip-hop featuring emerging Dallas artists Mental Chaos while the grandiose “Let’s Take a Journey” features orchestrations by Novsky with additional live string arrangements by Phillip Lassiter and Joel Mott. Vocalists Jermaine Holmes and Rojo “Redd” LaVoe front the sexy R&B ballad “Can We Make Love?,” which features turntablist Eric G.

Sparks’ father, who died in 2009, is featured on the humorous spoken word interlude, “Too Late Now, Boss Man!” Says Bobby II with a laugh, “My dad was a character.”
Sparks explores a decidedly Middle Eastern vibe on “Islam,” a collaboration with Snarky Puppy bassist-founder Michael League, Snarky Puppy drummer Thomas and turntablist Eric G. Sparks mans his Mellotron 4000, Prophet-5, Obeheim and OBXA and Logic 8 on this exotic track.
“Take It!,” the very first track recorded for this collection, features the late, great Roy Hargrove, whom Sparks was touring with as a member of the trumpeter’s RH Factor. “We cut him in my hotel room in Tokyo during the Tokyo Jazz Festival,” Sparks recalls. This potent number concludes with an impassioned snipped from the late Baptist preacher of Dallas, Rev. H.L. Steger.

“Zelin” finds Sparks stretching in Herbie Hancock-esque fashion on the Fazioli grand piano, accompanied by percussionists Didolanvi Gbetognon Bonaventure and Ulrich “Yul” Edorh. “Black Change” is a sociopolitical-charged number with James Robinson on vocals, reciting a powerful poem by Shonna Blumenberg. “I wrote that when I was on the road with Dennis Chambers and Dean Brown,” Sparks explains. “Me and Dennis were talking about what was going on in the black community and I just went into my room and started writing that song. Once I got off that tour, I came back home and finished it.”
The closer, “Mark vs. Simmons/A Secret Story of Houston, TX,” has a number of drummers praising their Texas colleague Mark Simmons, as the drummer wails on underneath their testimony. “Mark is a childhood friend,” says Sparks. “He was Al Jarreau’s last drummer, having played with Al for the last 17 years until he died. He also played with George Duke and Dianne Reeves. He’s the only drummer I know who can be Max Roach, Elvin Jones, Dennis Chambers and Vinnie Colaiuta. He can play any style of music without an accent. Some people can’t make that transition from one style of music into another, but Mark can. With Mark, you could have one drummer and do everything you to do.”

An inspiring set of music that has finally come to fruition after a successful 20 years of supporting and influencing music of many genre, Schizophrenia — The Yang is Bobby Sparks II’s crowning achievement in an outstanding career. — Bill Milkowski

8. I Miss U Featuring  Frank McComb

12. All Mine Featuring Mental Chaos & Damascus 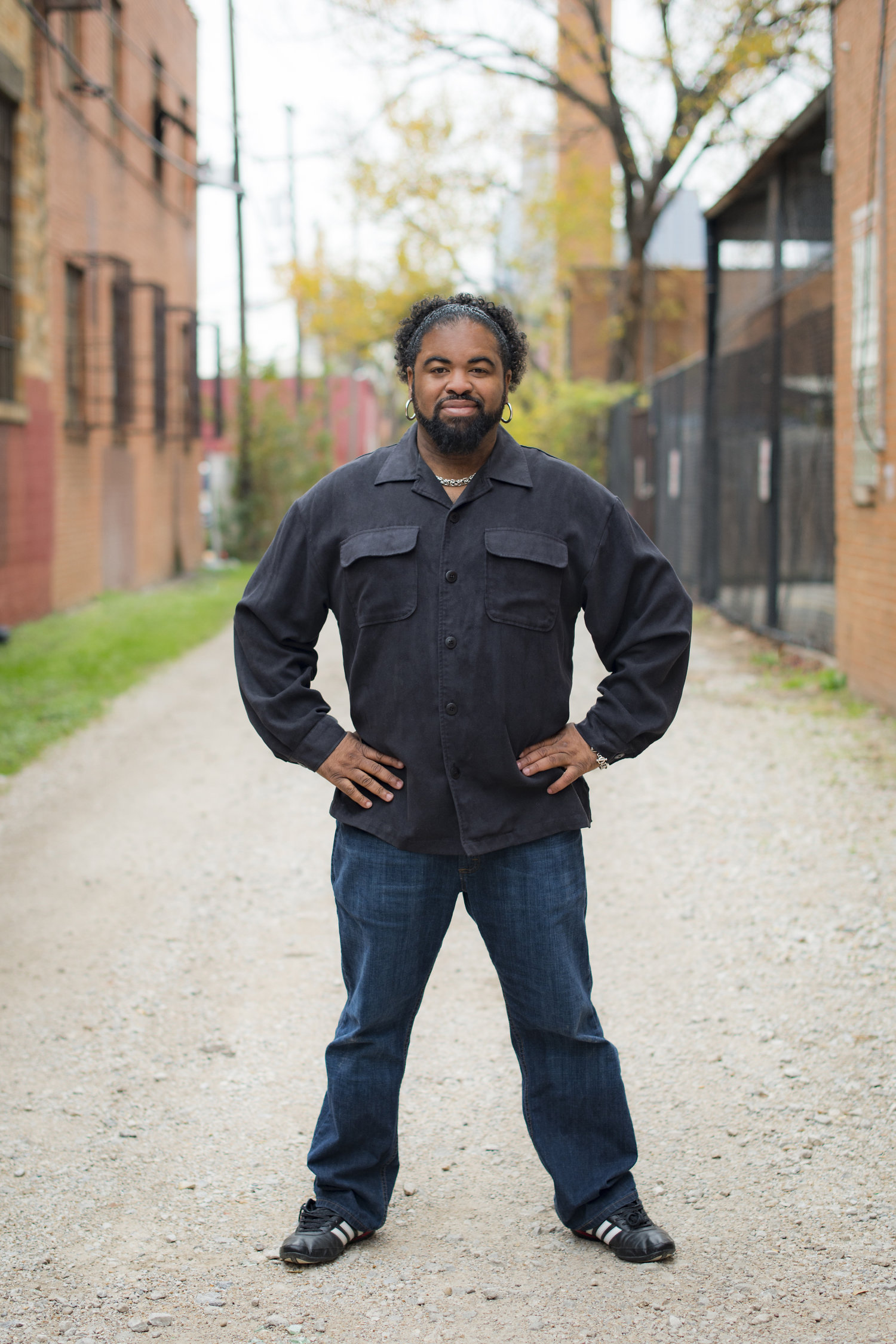 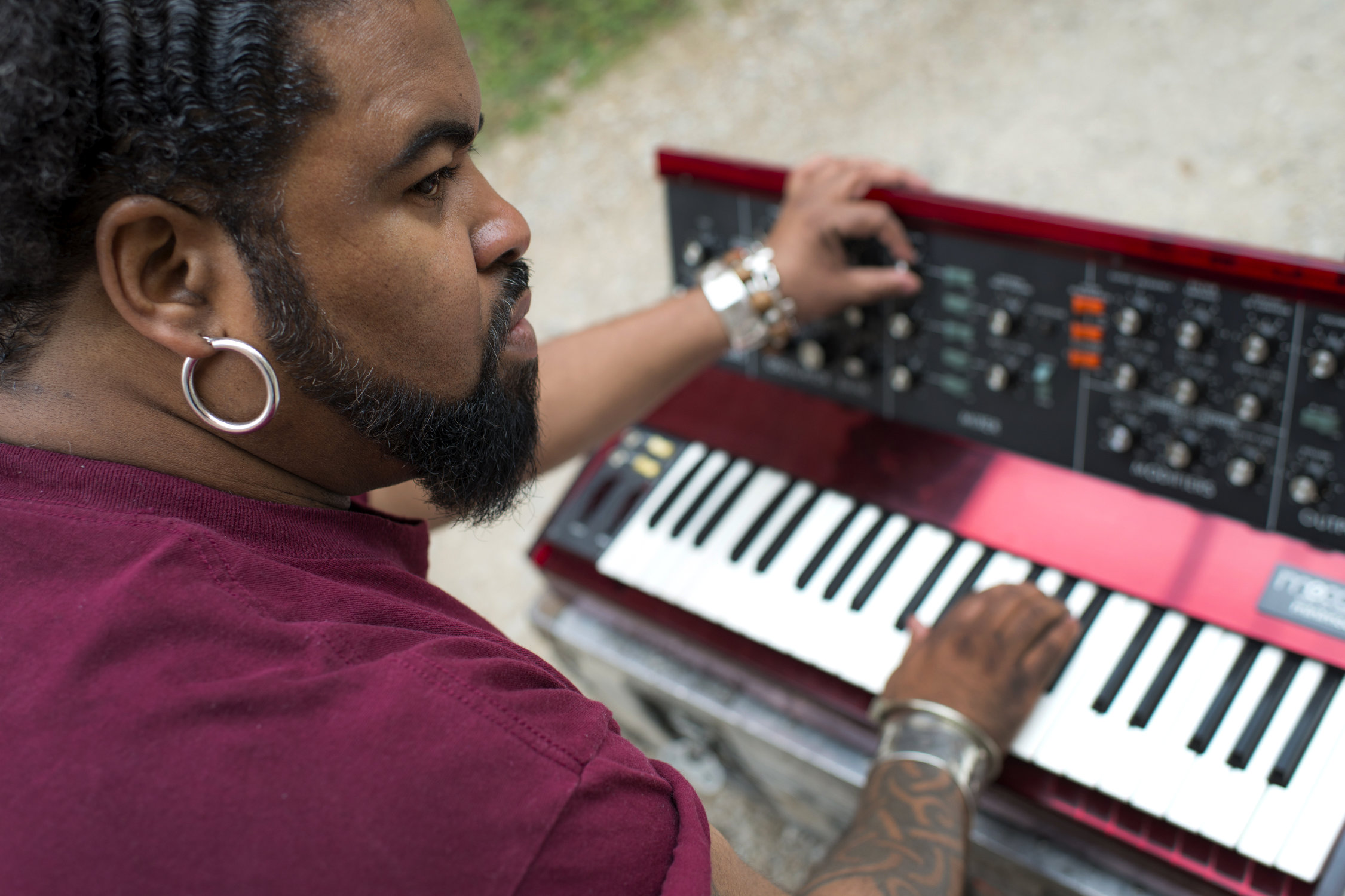 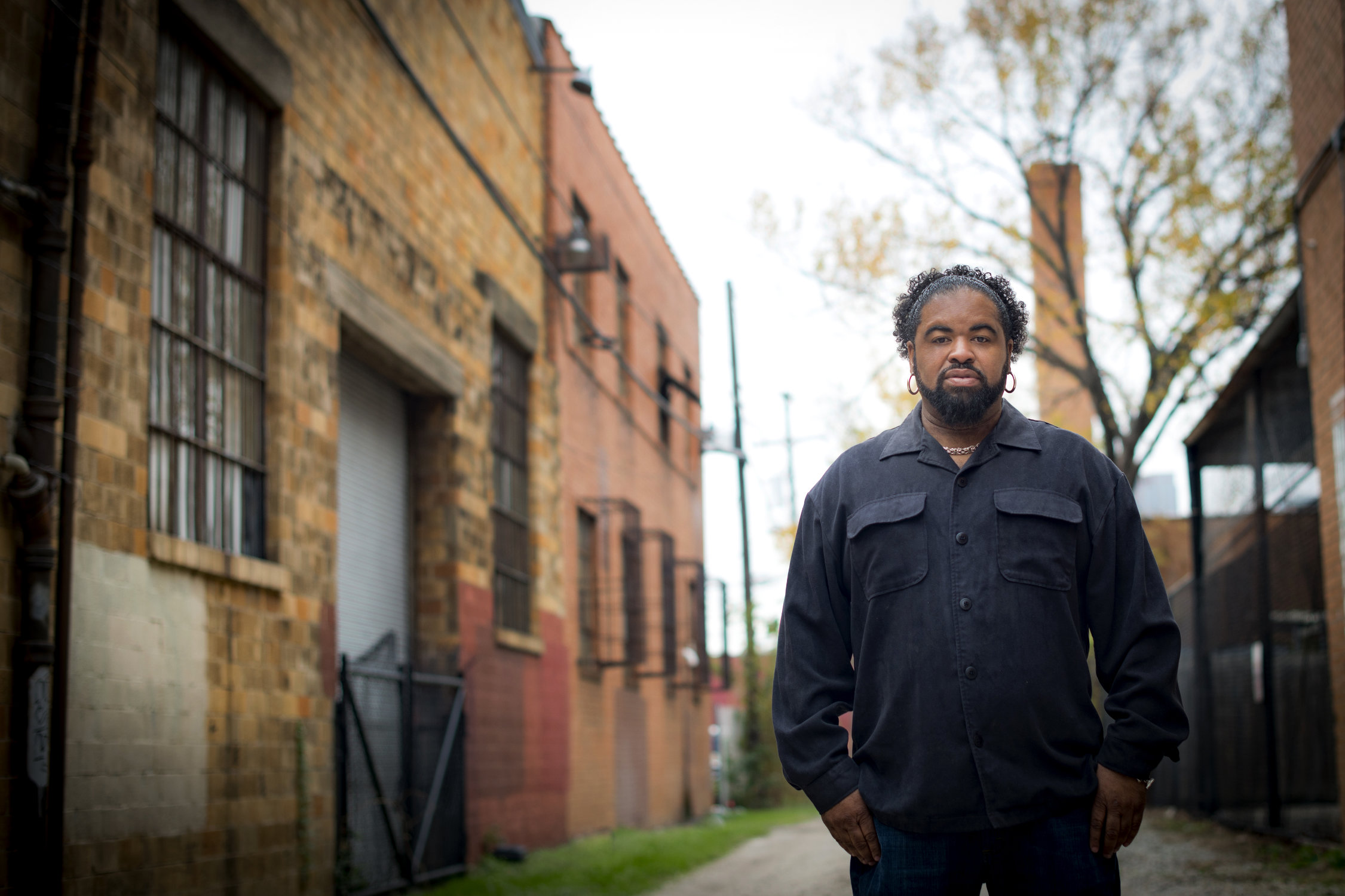 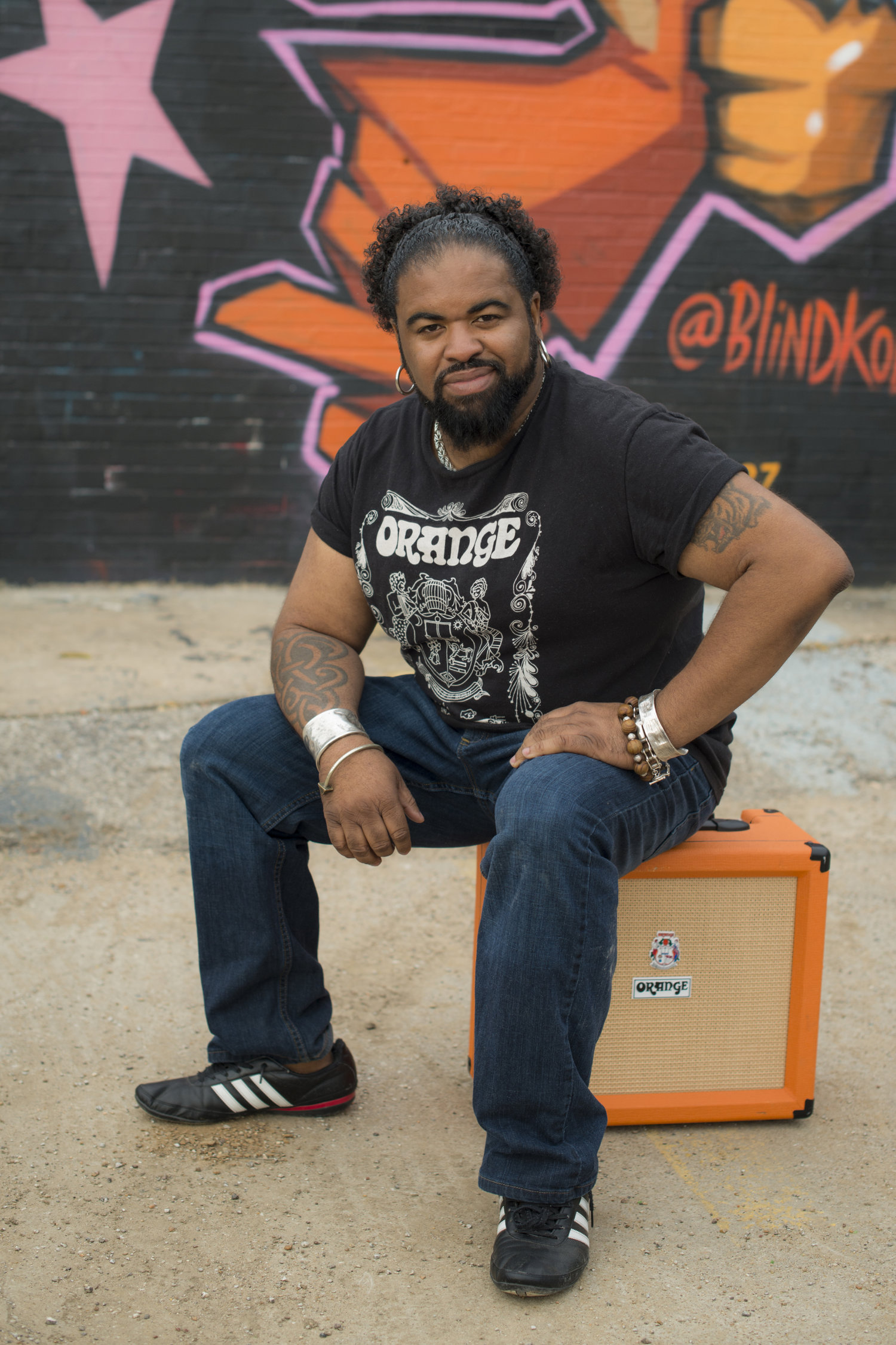