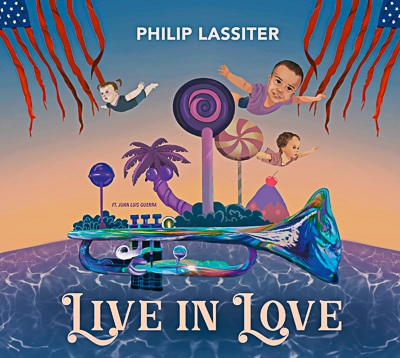 “We were honored to have Juan on Live In Love,” said Lassiter. “We connected through Prince Montreux shows that we did, which are on YouTube, and he started following me on Instagram. I’m a huge fan of his music because my wife’s from Curaćao and we listen to Juan Luis Guerra all the time down in the Caribbean. So, when he started following me I picked my jaw up off the ground and we became friends. I asked him if he'd be a part of the project and he said ‘yes’, which is really rare; he doesn’t do a lot of collaborations.”

Multi-faceted, multi-instrumentalist bandleader Philip Lassiter has been knee-deep in the funk since his days as trumpeter and horn arranger in Prince’s New Power Generation. Born in Mobile, Alabama, the son of a Pentecostal preacher, he gravitated to the thriving Dallas music scene, where he came under the wing of mentors keyboardists Bernard Wright, Bobby Sparks and saxophonist Keith Anderson. He also connected in Dallas with Snarky Puppy bassist and founder, Michael League. “That’s where my career kicked off, arranging horns for gospel artists. Word spread quickly and, on one of my first projects, I earned my first Grammy-winning record with Kirk Franklin. Stevie Wonder was on that record and they flew me out to L.A. for the first time to cut the horns. Then after that, more and more people started calling and I was able to make a career out of that. I wanted to be creative and just work on my writing chops and trumpet playing and, finally, I was able to do that.”

Following his tenure on the Texas gospel scene, Lassiter spent four years in Nashville, where he collaborated with saxophonist Jeff Coffin and also had a regularly jammed with Future Man and the Wooten brothers. He next moved to New York City, where he spent two years recording and performing with gospel groups, before hooking up with Prince, a life-changing gig that would last three years and result in him arranging for the 11-piece New Power Generation horns. Lassiter explained how the Prince gig kind of fell in his lap. “A guy named Andrew Gouché, the bass player for Chaka Khan, got called by Prince to come into Paisley Park to do some recording and Prince said to him, ‘I’m looking for a new horn section. Particularly, I’m looking for someone who writes. Do you know of anyone?’. Andrew knew my work because we had played on a lot of the same gospel records together. Meanwhile, I had been doing my thing, putting in a lot of work playing gigs and recording. It wasn’t glamorous, especially living by myself in New York City, trying to pay rent on a hope that somebody calls this month for a session. It was a struggle at times for me. But, I was doing what I love and I was getting better at it every day. My name had circulated in the Black gospel music genre, which is one of the most respected scenes in the world because they’re the most skilled players. So, when Andrew Gouché recommended me to Prince, it wasn’t because we were buddies or pals, it wasn’t a ‘right place, right time’ thing. I had put in the work for a decade and I didn’t get the gig, the gig got me.”

Lassiter subsequently moved to Los Angeles, where he formed Philthy, a 14-piece band he led which was inspired by the music of Prince, P-Funk and Earth, Wind & Fire. He has previously recorded four albums under his own name — 2014’s Philthy, 2014’s Dreamzzz, 2017’s Chill Mode and 2018’s Party Crashers. As an arranger with multi-platinum artists including Kirk Franklin, Ariana Grande, Mariah Carey, Kelly Rowland, Jill Scott, Fred Hammond, Al Jarreau, Anthony Hamilton, Ledisi, Chris Cornell and Timbaland, Lassiter has earned eleven Grammy Arranging Awards and gained due respect as one of the premier horn section arrangers in the business.

“I cut my teeth in Dallas,” he said. “That's where my career began. I started out working in a church in Dallas, playing B3 organ, arranging for the band and directing the choir. That's where I met all of my big brothers in music, cats that were associated with Kirk Franklin and Erykah Badu. And Bernard Wright was the master sensei of us all.” Lassiter soon found a niche on the Dallas music scene as “the horn guy,” which launched his career in gospel music. “But all along the way I was writing songs and producing music on the side, just for fun,” he recalled. “That’s where I learned the funk; from cats like Bobby Sparks and all of my big brothers.”

His deep funk schooling paid off, as heard on “Repent,” which carries a very persuasive allusion to the bridge on James Brown’s “Give It Up Or Turn It Loose.” His jazzier side comes out on his intricate horn arrangements and solos on pieces like “Suga Coat Me,” “Babayaga,” “Root Chakra” and “Make America Love Again.” Said the longtime funkster, “I'm a bebop trumpet player, too. I wouldn't put myself up there with Randy Brecker but we definitely listened to and were influenced by the same cats. Loving funk and loving jazz, there’s a commonality there between us. So the Brecker Brothers tune ‘Some Skunk Funk’ was definitely very influential for me coming up. Weaving the jazz language into the funk language has always been really interesting to me.”

Lassiter added that since his days with Prince he’s been back in the woodshed with his trumpet, digging deeper into jazz. “I’m getting back to my roots and studying changes again. I’m working on playing standards like ‘Cherokee’ and ‘Invitation’. I’m working on just trying to develop my language and my understanding of keys. It’s something I’m passionate about and I want to be a part of that lineage, but I want to earn it. Jazz is one of the highest art forms and it’s important to respect it and to spend time with it. If you really love it, then you will.”

Regarding his own personal trumpet heroes, he cited Roy Hargrove as one of his biggest influences. “Roy has gone down as the guy who fused jazz and hip hop on the trumpet and started the whole trumpet stack thing, which is my bread and butter now. He’s one of the great jazz innovators of our time. I don’t know that there’s anyone else alive quite like him. He just had that spirit and the energy of all of the OGs of jazz. This guy was really special, man. Really connected, deeply spiritual to the music. Man, what a force.”

His list of trumpet heroes includes Terence Blanchard, Randy Brecker and Tom Harrell. And he adds, “Wynton Marsalis is in league all of his own. He’s like the Beatles…you can’t really compare him to anybody. If we’re going to go back, I was influenced by all of the great trumpeters from Louis Armstrong to Dizzy Gillespie, Harry James, Freddie Hubbard, Woody Shaw, Lee Morgan and Clifford Brown. I checked them all out. But one of the biggest influences of us all would have to be Satchmo. You can tell when a younger player hasn’t checked out Satch. To pick up this instrument and not spend enough time with that cat…it’s just the worst mistake any trumpet player could ever make. He’s like the real history and the spirit of the music and where it all comes from. You gotta go back and check out the roots of this music to really understand the spirit of it.”

Lassiter and crew explore a rainbow of colors within the funk on Live in Love. “I’ve always been kind of on that,” said the trumpeter-composer-arranger-bandleader. “I’m very eclectic in what I like to listen to and what I write. So, it’s always going to be funky, but I’m also a jazzer, but I also come out of the church, but I also love world music. So I’m really interested in fusing things and trying to create sounds that I haven’t heard before.”

With one foot firmly planted in old school funk, Lassiter confidently strides somewhere else on each of the ten tracks of Live in Love. “You hear a lot of hip hop blended with jazz nowadays and also neo-soul blended with jazz,” he said. “But, I don’t know that I’ve heard a whole lot of large ensemble neo-soul/hip-hop/jazz. That’s what we do.” 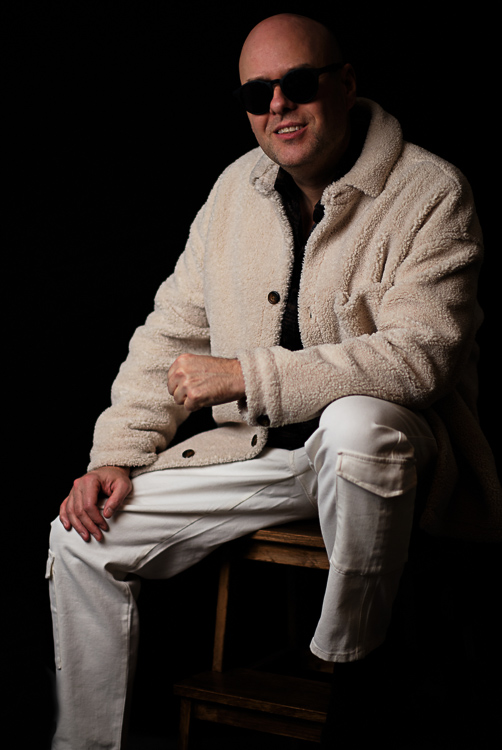 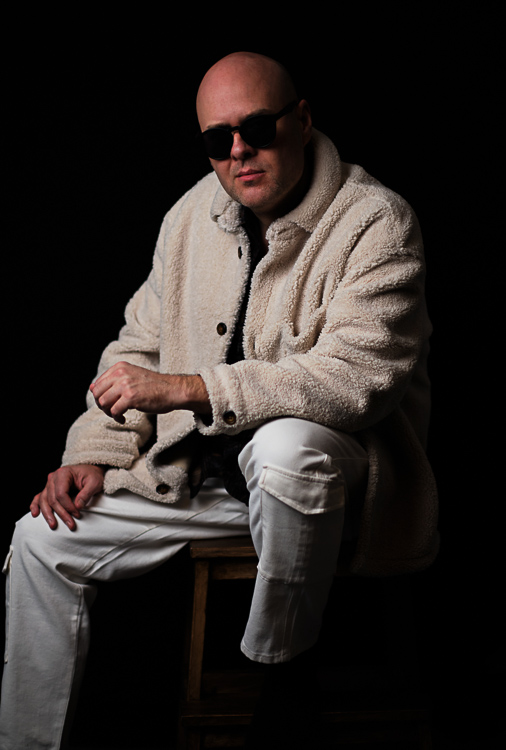 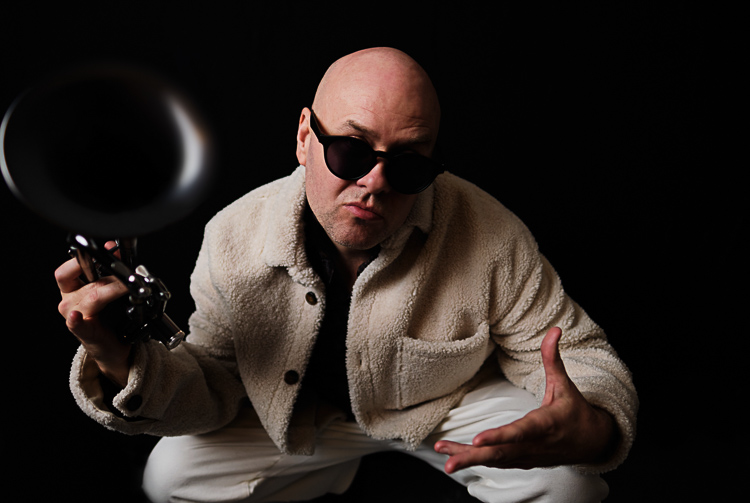 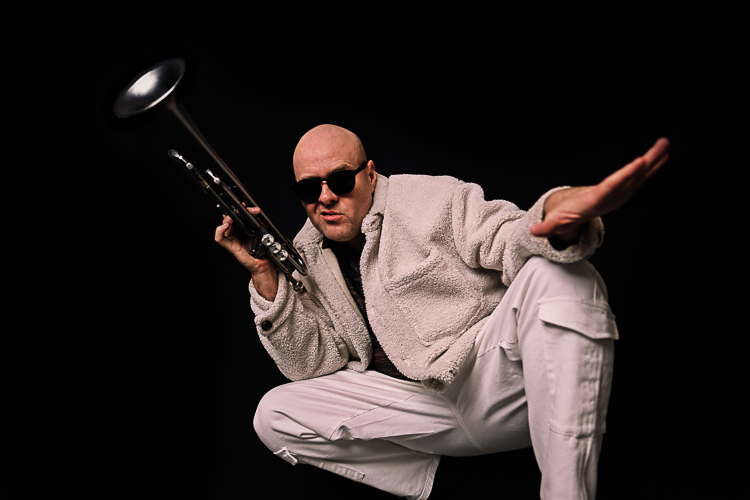 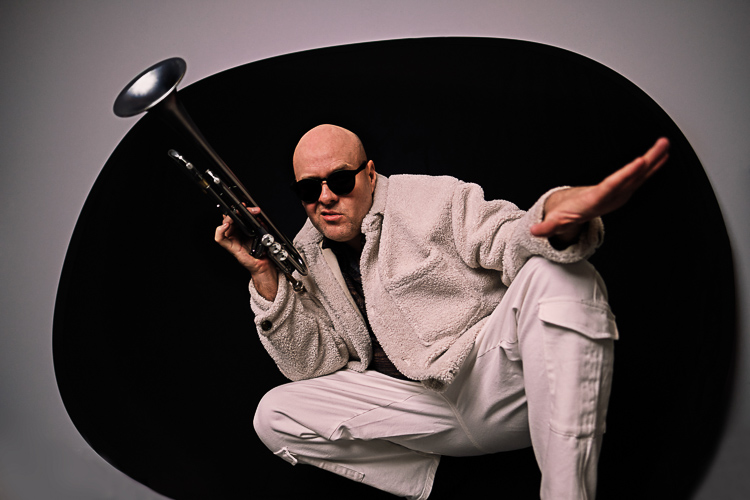 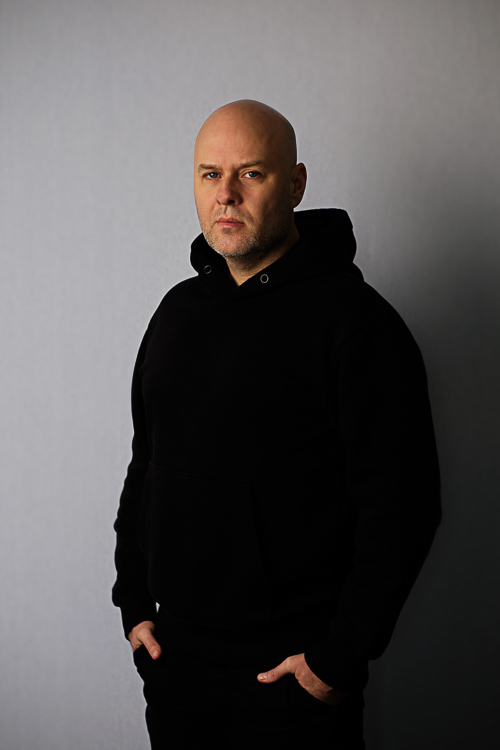 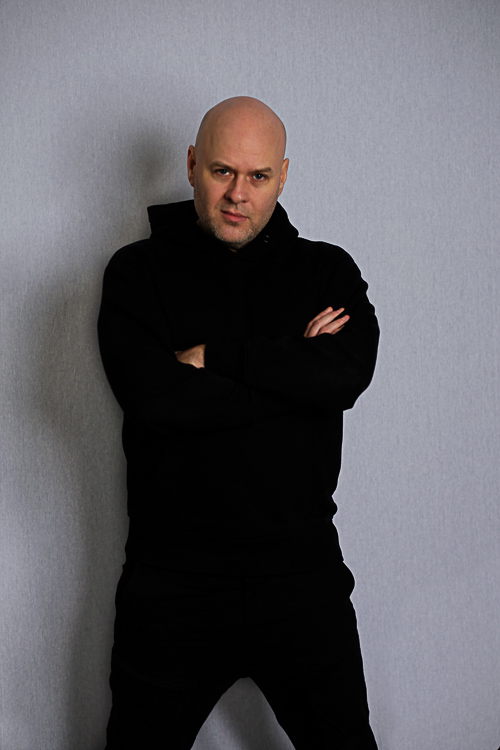