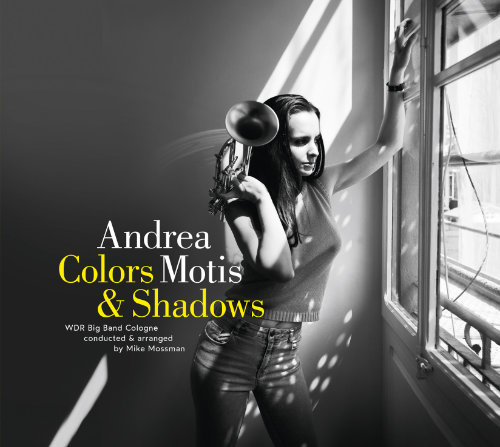 It all started by chance: Sometime in 2017 one of those innumerable promo-CDs ended up on my desk. Renowned jazz label, on the cover a young woman with a trumpet. Andrea Motis? Never heard that name before! My first verdict was: another marketing scam. Was the idea to use a young and attractive musician to help an ailing industry giant attract a new audience? This strategy is well known from the classical music industry, but it did not always deliver the hoped-for results. Despite these reservations I listened in and was most pleasantly surprised. I experienced a self confident musician with a pronounced latin feeling, expressive voice and imaginative trumpet playing. An apparent talent for songwriting was also part of the mix. Andrea has paired four of her own compositions with pieces by such luminaries as Antonio Carlos Jobim, Cole Porter and Horace Silver.
Two years later her second album was released and the rapid evolution of Andrea Motis as an artist was clearly recognisable. In the meantime I had learned that the twenty-four-year-old has been educated at the legendary jazz talent pool of renowned bassist, saxophonist and teacher Joan Chamorro in Barcelona. She also made her first experiences as a musician in the same city, as a member of the Sant Andreu jazz band. Her development from student to independent musician is documented extensively in several videos available on the usual social media platforms.  Already as a teenager she performed successfully alongside the great tenor saxophonist Scott Hamilton in a sestet.

In late autumn of 2019 we eventually met face to face in Berlin and arranged a production with the WDR Big Band. For Andrea this effectively meant a return to her musical roots. It was clear from the start that her original compositions would reach a completely new dimension thanks to the big band sound. As an arranger I had bandleader and trumpeter Michael P. Mossman in mind, whose affinity for latin rhythms was known to me. Lo and behold, when I approached him he enthusiastically agreed to participate in the project. As it turned out the two already knew each other. Despite all the problems caused by the pandemic we managed to get the job done early in 2021. Alongside the current album several videos were made at the studios of the West German Broadcasting Corporation (WDR) in Cologne-Bocklemünd. Some of them have well and truly turned viral and became summer hits: “Brisa” for example, an uptempo number, opening with a hot scat-intro that Michael had written for Andrea and - by analogy with the original version - culminating in collective singing. However, in this version the singing is that of the WDR Big Band!

I highly recommend to the numerous members of this young Spanish musician’s fan base, who celebrate every new video posted online, to compare the originals to the newly arranged versions recorded on this album. Andrea has selected three tracks from each of her two combo albums to have them “refitted” by Michael. In the case of “Sombra de Lá“ for example, it is obvious from the first bar, that the new version is completely different from the original track. Another example is the just mentioned “Brisa”. Originally the use of the cavaquinho (a sort of ukulele), the pandeiro, acoustic guitar and strings resulted in a folkloric touch. In the adapted version it is turned into an orchestral feel-good track, making you want to dance along straight away.

The more than 10-minute-long track “Sense pressa” represents the calmer, more thoughtful side of this album. Simply “Colors and Shadows”! Besides the half a dozen Motis-originals and the “Senor Blues” by Horace Silver, three previously “unheard” numbers were included and round out the album: “Iracema“, a marvellous samba by Adoniran Barbie, who passed away in 1982, “Motis Operandi“, a track composed by Michael Mossman especially for our production, which will delight fans of the jazz trumpet, and finally “Tabacaria“. Its composer Joan Mar Sauqué is only slightly younger than Andrea Motis and also has his musical roots in the circle surrounding Joan Chamorro in Barcelona. The track has a specially appealing central section, a sort of melodrama - a recited text accompanied by the piano only.  When we posted a video of one of the repetitions for “Tabacaria” on Facebook in April 2021, Andrea Motis was accorded a very special honour.  Some users compared her to one of the true masters of bossa nova - the legendary Astrud Gilberto!

9. If You Give Them More_4.19
music & lyrics by Andrea Motis (Copyright Control)
Andrea Motis (voc)
soloist: Karolina Strassmayer (as)

All arrangements by Mike Mossman

“It was 2010 when my father found out that Michael Mossman was teaching at Tallers Musicals d’Avinyó, and he encouraged me to join them.

That's how I got to meet Mike, and those days with him are among my best and more inspiring musical experiences.

With that in mind, it is surely easy to imagine how proud, grateful and full of joy I am to present this album you have in your hands, a mixture of my compositions and songs of my choice, with Mike's masterful-arrangements, and the powerful sound of the WDR Big Band.

Thanks for being a part of it, I hope you enjoy." - Andrea Motis 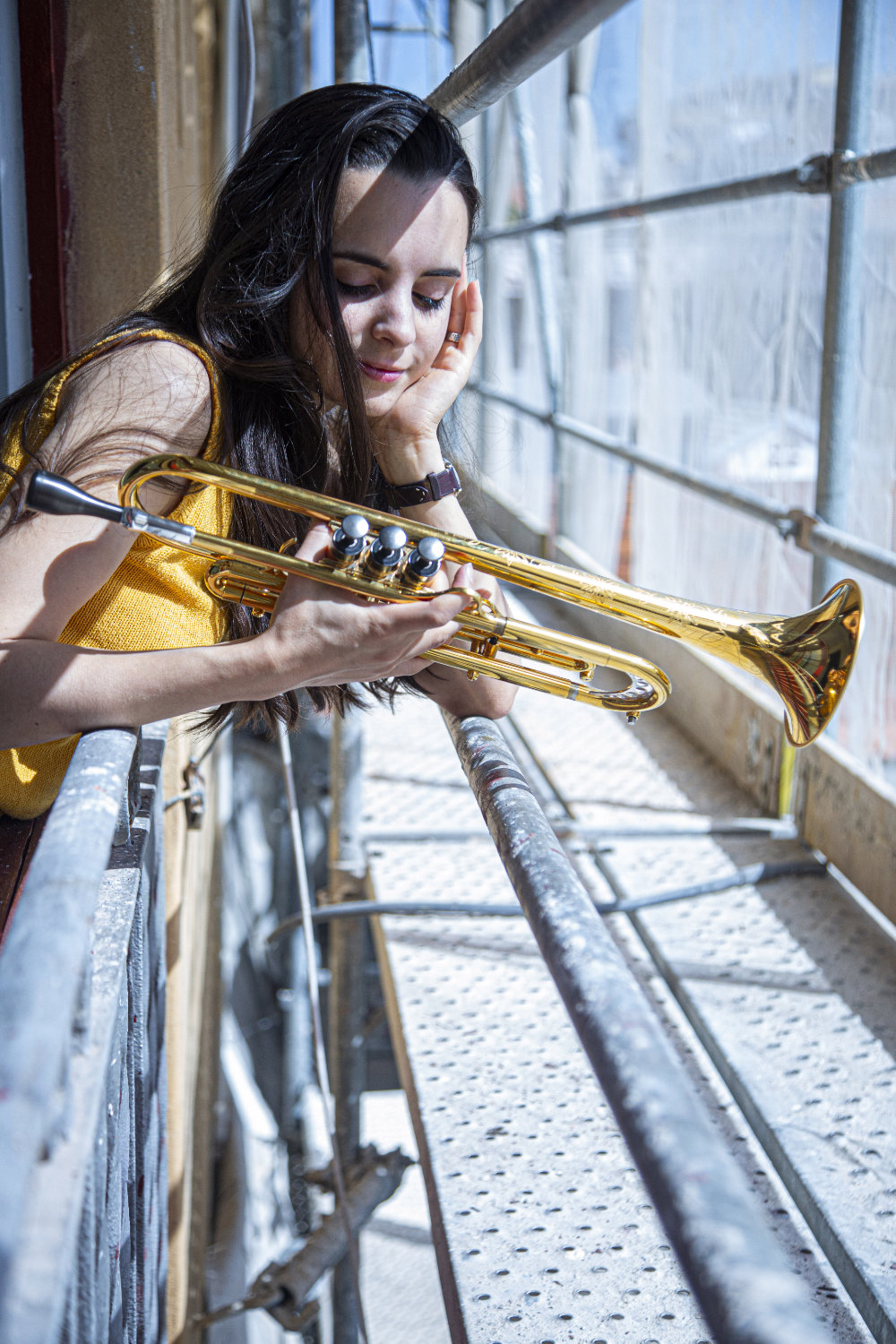 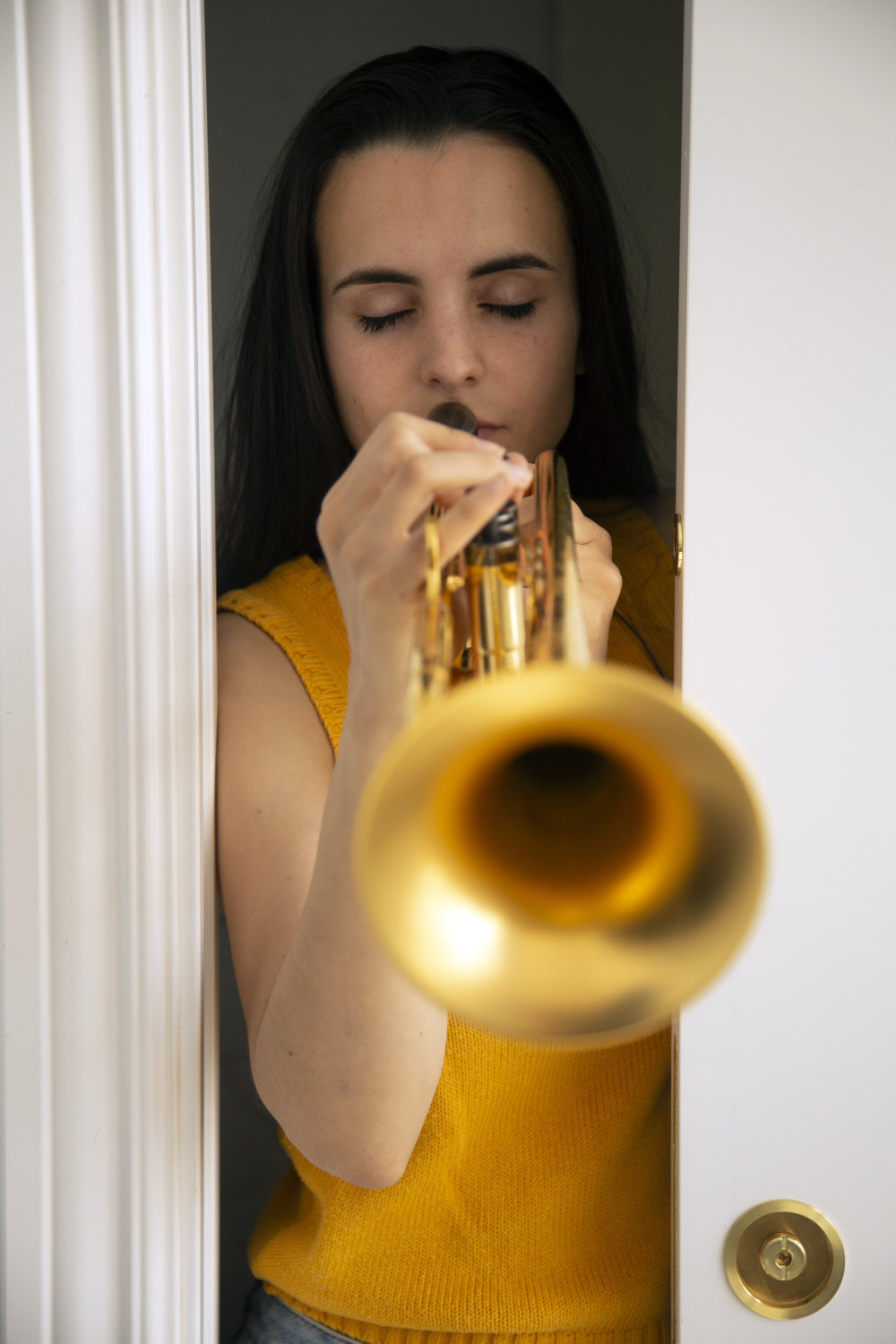 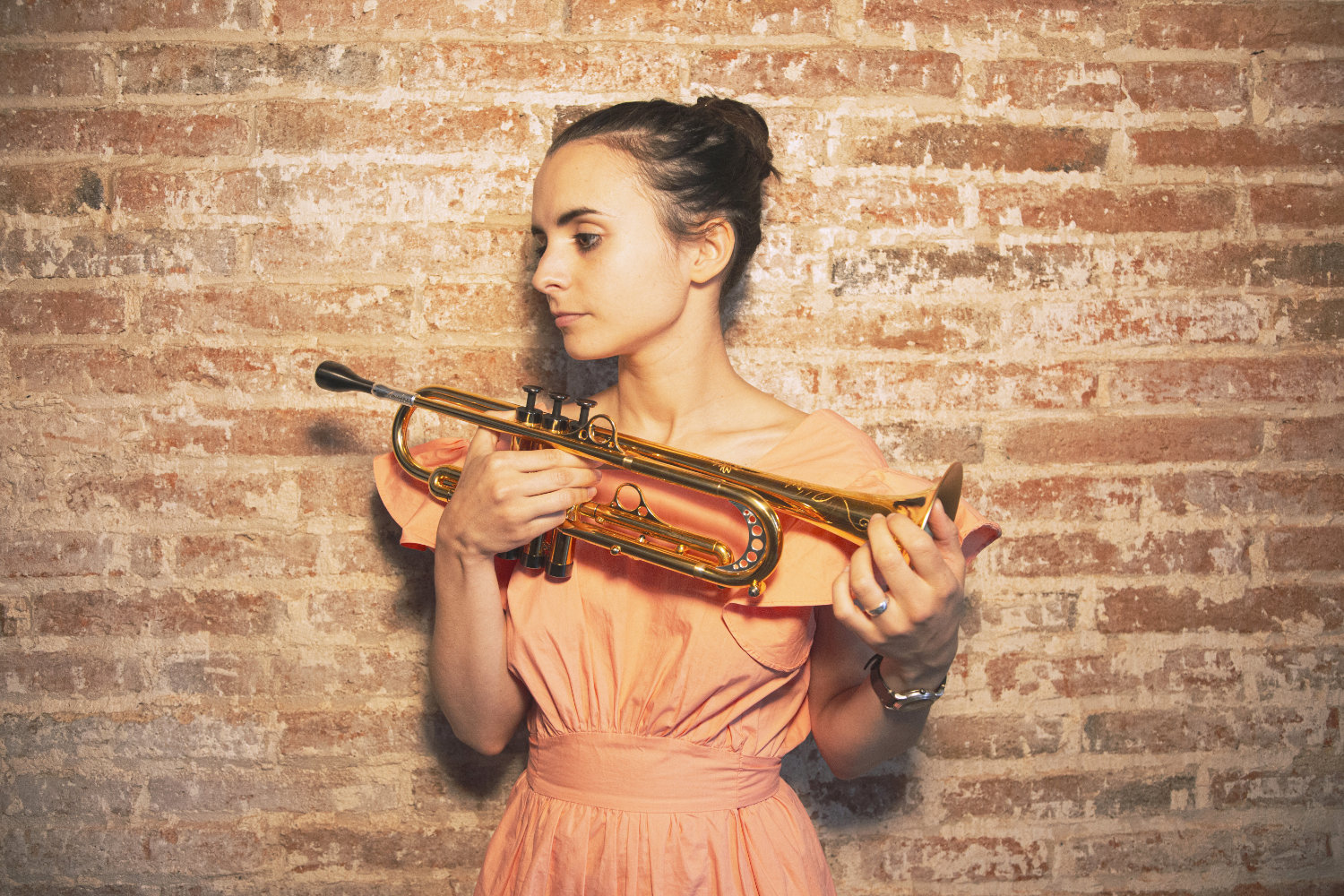 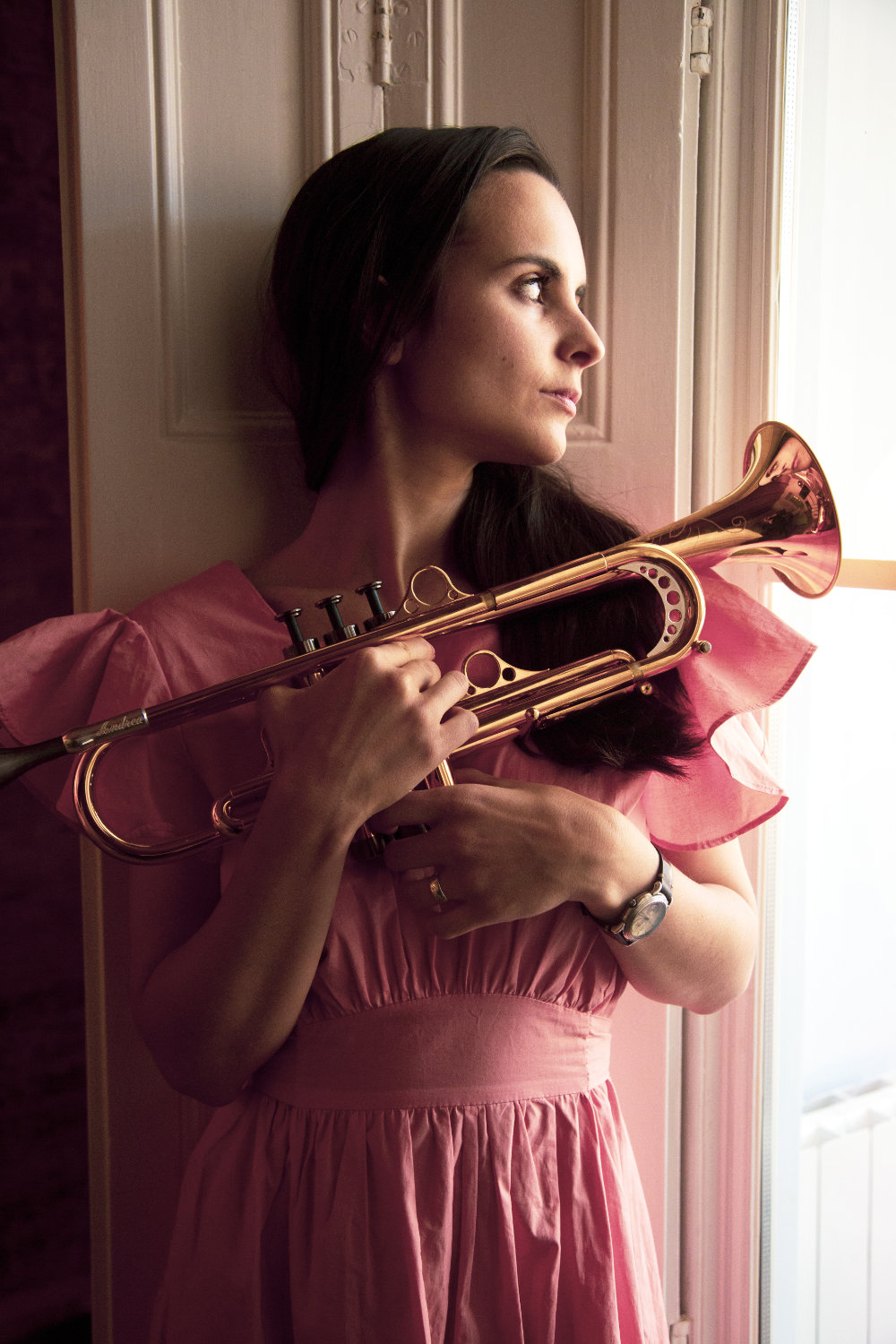 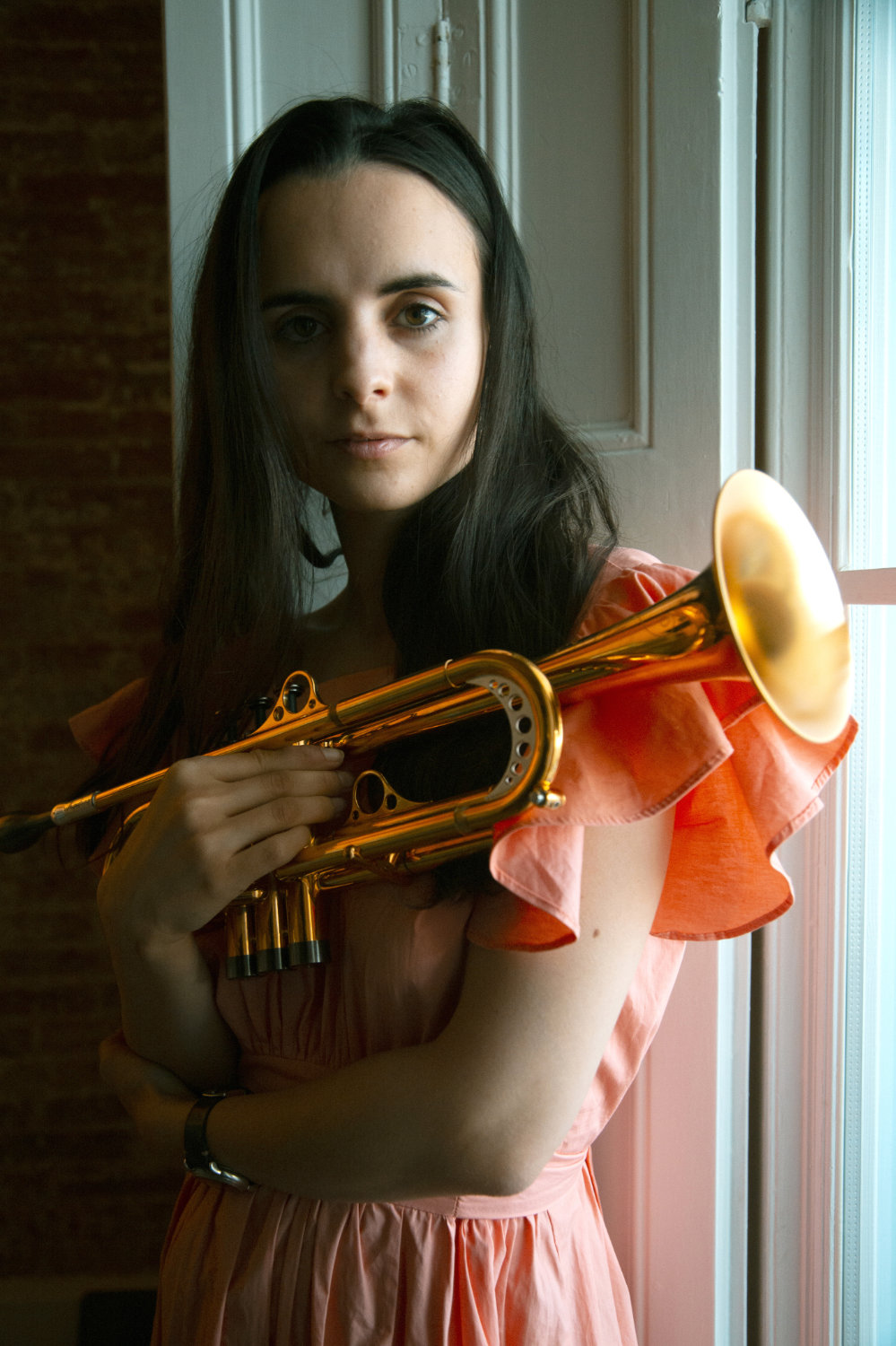