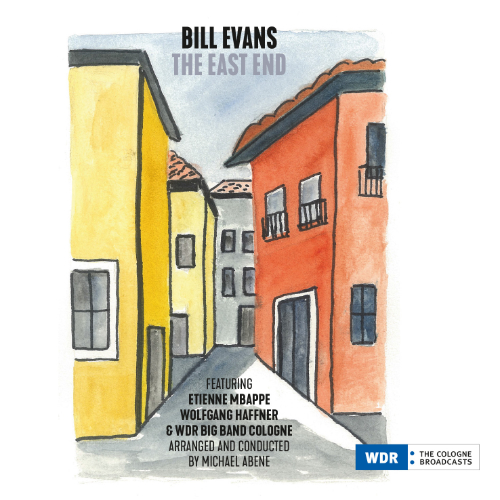 The Cologne Stadtgarten venue was crammed that mid-February eve in 2011. A very special concert was scheduled for the night – and the audience did arrive in crowds at the Stadtgarten in Cologne to be part of this rare opportunity. The American saxophonist Bill Evans was in town to perform with the WDR Big Band. The crowd’s anticipation of a sublime live-concert made the air crackle with excitement. The temperature was rising quickly and the vibe was getting better and better. Evans has always loved that sort of setting. When the audience is already excited before the show even starts and the musicians are incredibly focused on what is about to unfold, he reaches his true working temperature which enables him to deliver a top performance on stage, performing on the tenor- or soprano saxophone.

But before we return to that magic evening in Cologne in February 2011, we have to go back in time for some biographical notes. Evans, who was born in 1958 and raised in the Chicago suburb of Clarendon Hills, started playing the piano and clarinet as a child before switching to the saxophone. As a teenager in Chicago, that great metropolis on Lake Michigan in the Midwest of the USA, he absorbed jazz and blues at concerts by the likes of Sonny Stitt or Stan Getz. Already back then Evans knew that one day he wanted to become a musician himself. Evans moved to New York in 1979. It was there that a momentous phone call influenced his career decisively: He became the saxophonist in the comeback-band of trumpeter Miles Davis. “I learned to be myself”, he remembers. “The best you can do is to follow your instinct. That’s just what the great musicians I was able to work with did.”

The four years with Davis were decisive for the development of the young man in his mid-twenties.Evans and he and Davis became close friends. Evans introduced Miles to Marcus Miller, Mike Stern AND John Scofield. Evans senses were sharpened for a stylistic openness and his performance on the soprano and tenor saxophone gained its narrative eloquence and melodic finishing touch. The artistic basis for all this was the fusion of jazz and rock, which were influential for Evans growth as a player and composer.
The passion for stylistic diversity: That is the common theme running through the entire career of the saxophonist and bandleader. In the early 1990s Evans incorporated hip-hop and rap into his musical universe before turning to his American “Roots Music” and experimenting with Bluegrass and other “Americana”- genres.

Right from the start this stylistic diversity and openness for all sorts of musical traditions made Evans a sought after sideman for jazz grandees the likes of Herbie Hancock or John McLaughlin among many others. Evans is known for crossing musical genres, whether its playing with Rock legends or Jazz greats. His special qualities are most obvious in his own releases: From his debut album “Living In The Crest Of A Wave“ 1984, via “Push“ 1993 to “Soulgrass“ 2005 and “Vans Joint“, his first cooperation with WDR Big Band, in 2009. To date , Evans has recorded 25 solo Cd’s ( 2019 ) “For me it is inspiring to play and record the elements of other types of genres with my own ideas and not be afraid to experiment ”, says Evans. “It bores me if I have to perform the same pieces over and over again. I feel compelled to create new styles of music that inspire me. I think the urge to do that runs in my blood.”

This digression into the biography of Bill Evans has a lot to do with the concert at the Stadtgarten in Cologne. Because on that particular evening not only new pieces were performed but also arrangements of older compositions by Evans, exemplary for the creative life of the tenor- and soprano saxophonist. A very special retrospective indeed: What made it so special was not so much the fact that it was the second time Evans performed alongside the musicians of the WDR Big Band but even more so because back then the American Michael Abene was the chief conductor and arranger of this radio big-band. It was this compatriot of Evans whose own style added another twist in a different direction to the already multifaceted style that characterises most of Evans’ compositions. “Every time I received the arrangements from Michael I could hear clearly that the music had been enhanced. He made so much from what he had received from me to work on”, remembers a convinced Evans.

Already the opening piece “Big Fun” illustrates the quality of the composition by Evans and of Abene’s arrangements as well as the saxophonist’s playful elegance and eloquence. The rocky funk-jazz of the rhythm section inspires the wind section of the WDR Big Band, which in turn provides the tenor saxophone with the resistance it needs to spark a firework of imagination. In the consecutive piece “Road To Bilbao” the presence of funk and R&B is even stronger. It is in this setting that Evans can fully demonstrate his brilliance as a soprano saxophonist and display his infallible instinct for the best suited melodic style. Here he can let his strongly modulated phrasing shine and with unerring instinct he accentuates the tutti of the wind section of the WDR Big Band with his soprano.

The chorus by John Marshall, following an Evans-solo, shows this orchestra’s outstanding quality besides its compelling performance as an ensemble. Performing on a muted trumpet and based on Miles Davis he pics up Evans’ melodic impulse and adds additional shades of colour to the music. “In a traditional succession of movements you have just one soloist, here you have five”, Evans remarks. “Every musician in the WDR can play jazz at the highest level. They are all committed to the music.”

But what would Evans’ multi-layered fusion-sound be without a suitable rhythm section? Especially for the WDR Big Band concert with Bill Evans two “Groove-Masters” were invited; the German drummer Wolfgang Haffner and the Cameroon-born and France-based Etienne Mbappé. Not only is their playing technique fully developed but both, Haffner as well as Mbappé, are gifted with the ability to roll out a densely woven groove-carpet while simultaneously electrifying the rhythmical roots of a piece of music. As a result of this, the stylistically diverse music of Evans and the WDR Big Bans is well and truly animated – and starts to sound like a living organism.

Produced by Joachim Becker
A production of Westdeutscher Rundfunk, Cologne 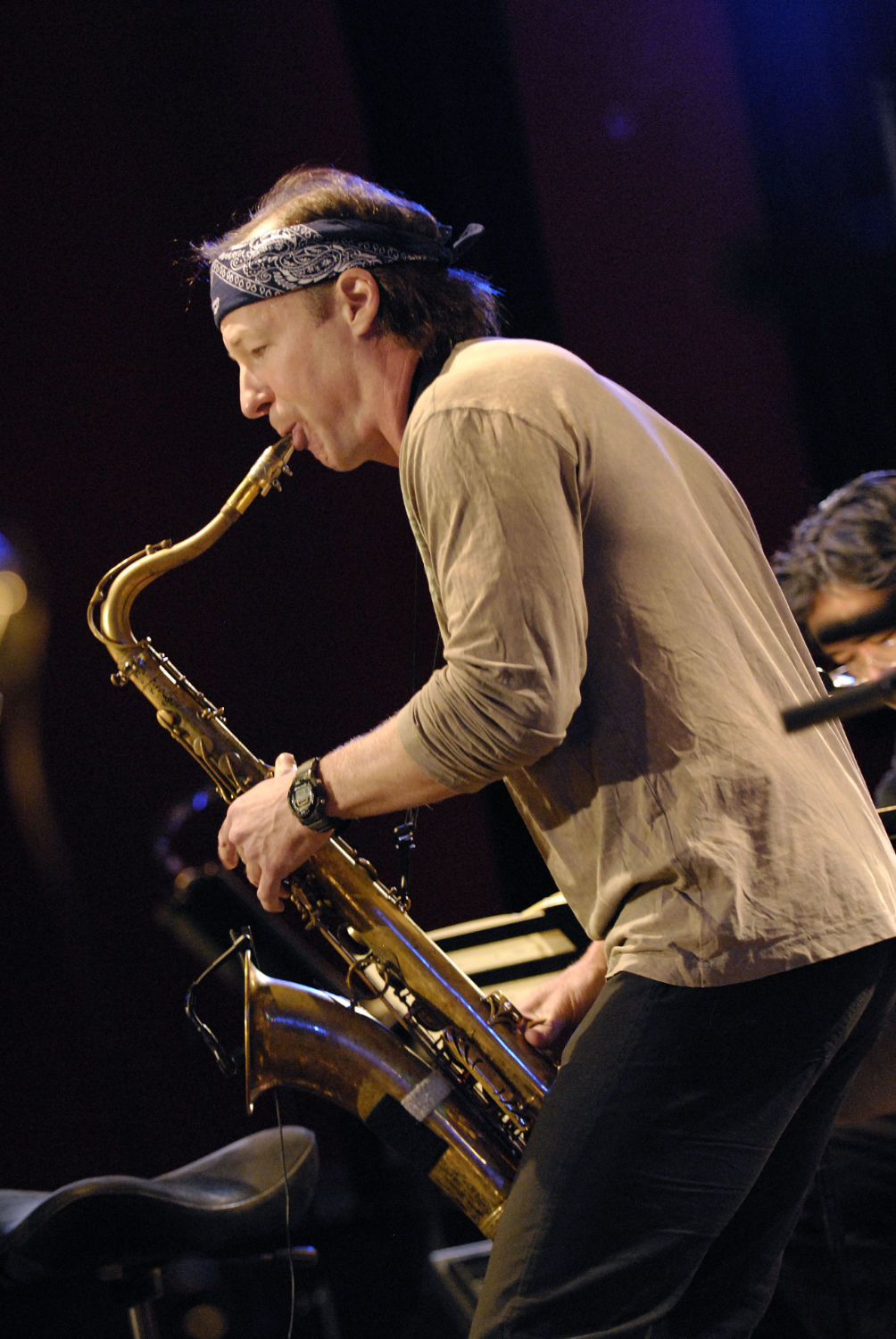 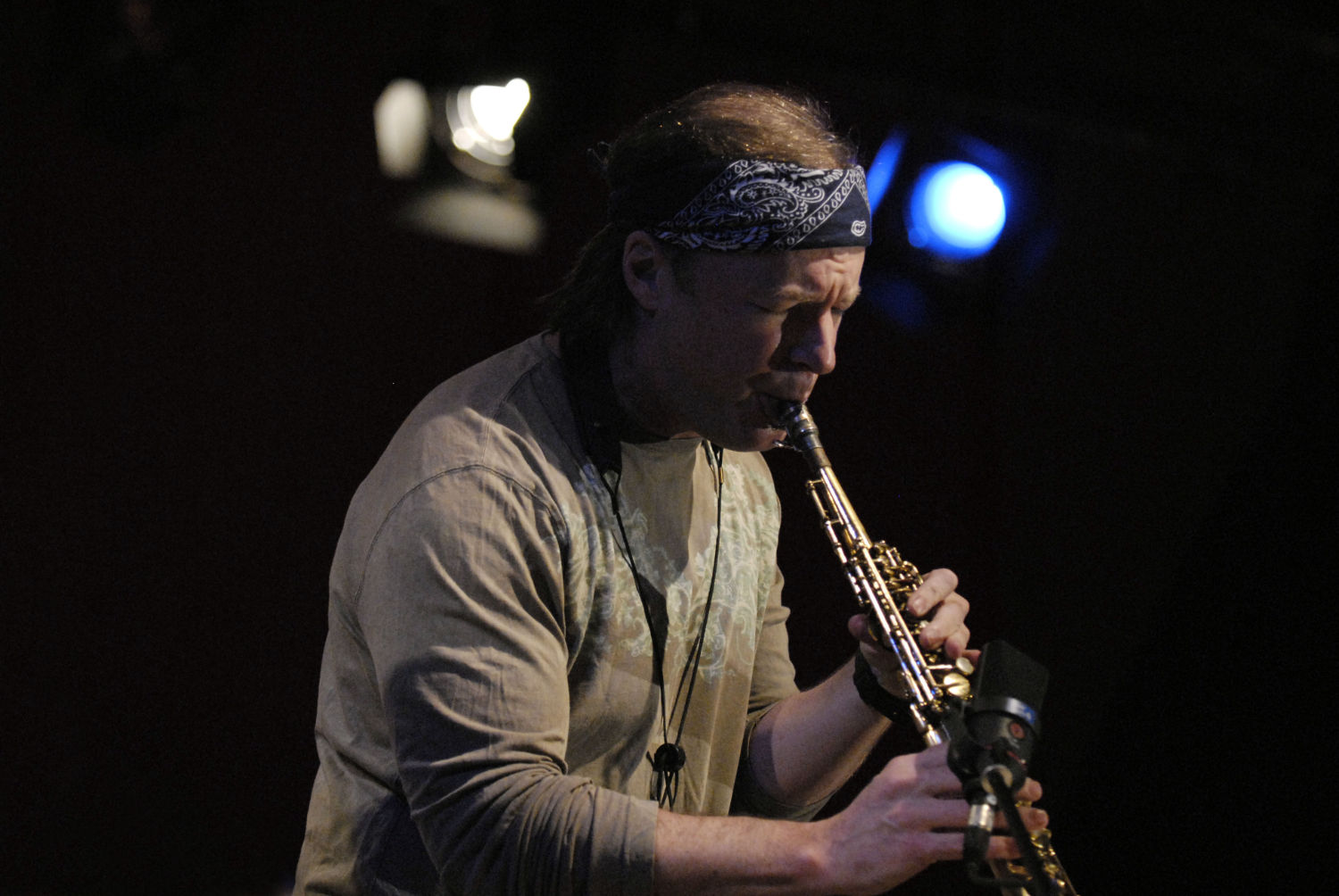 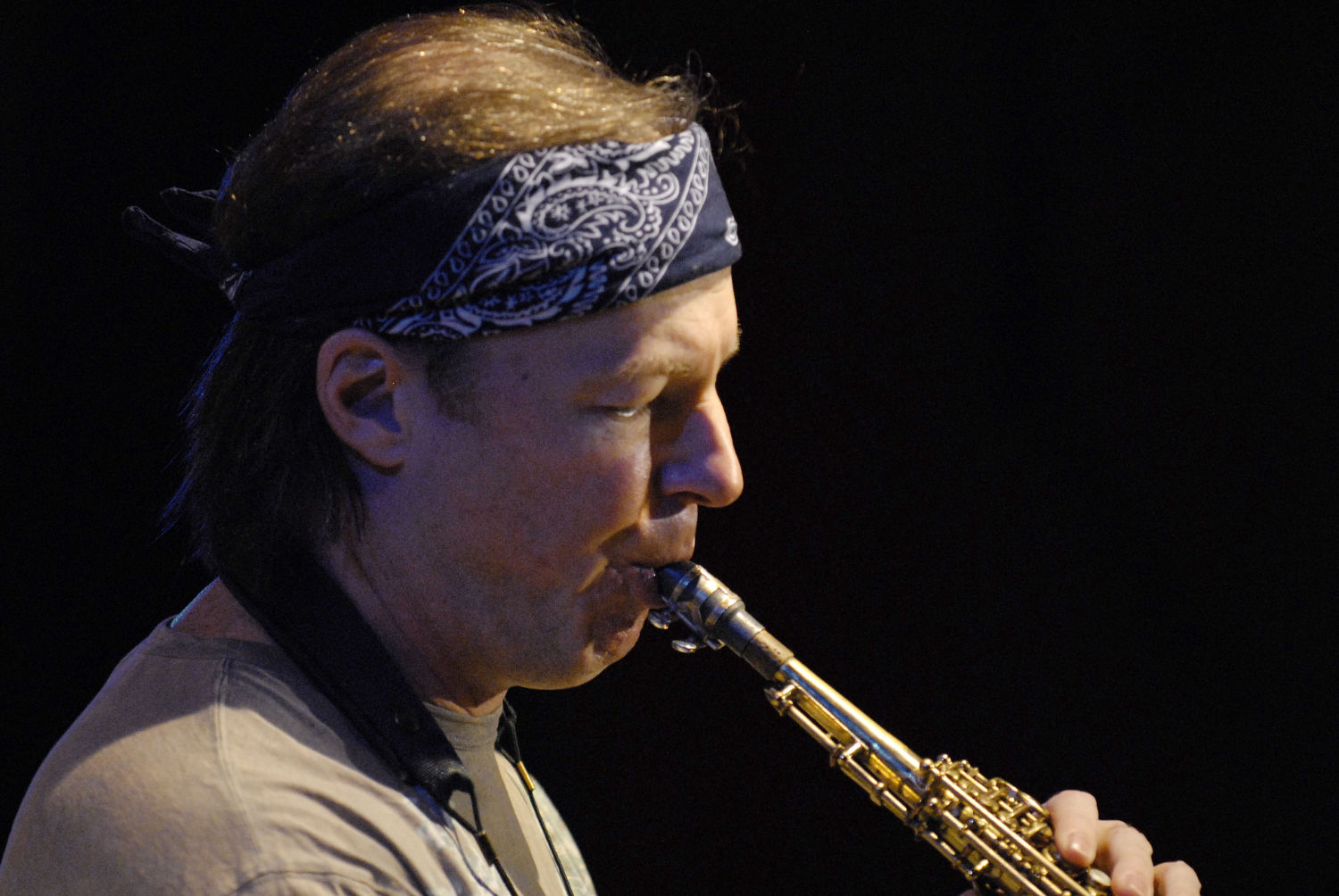 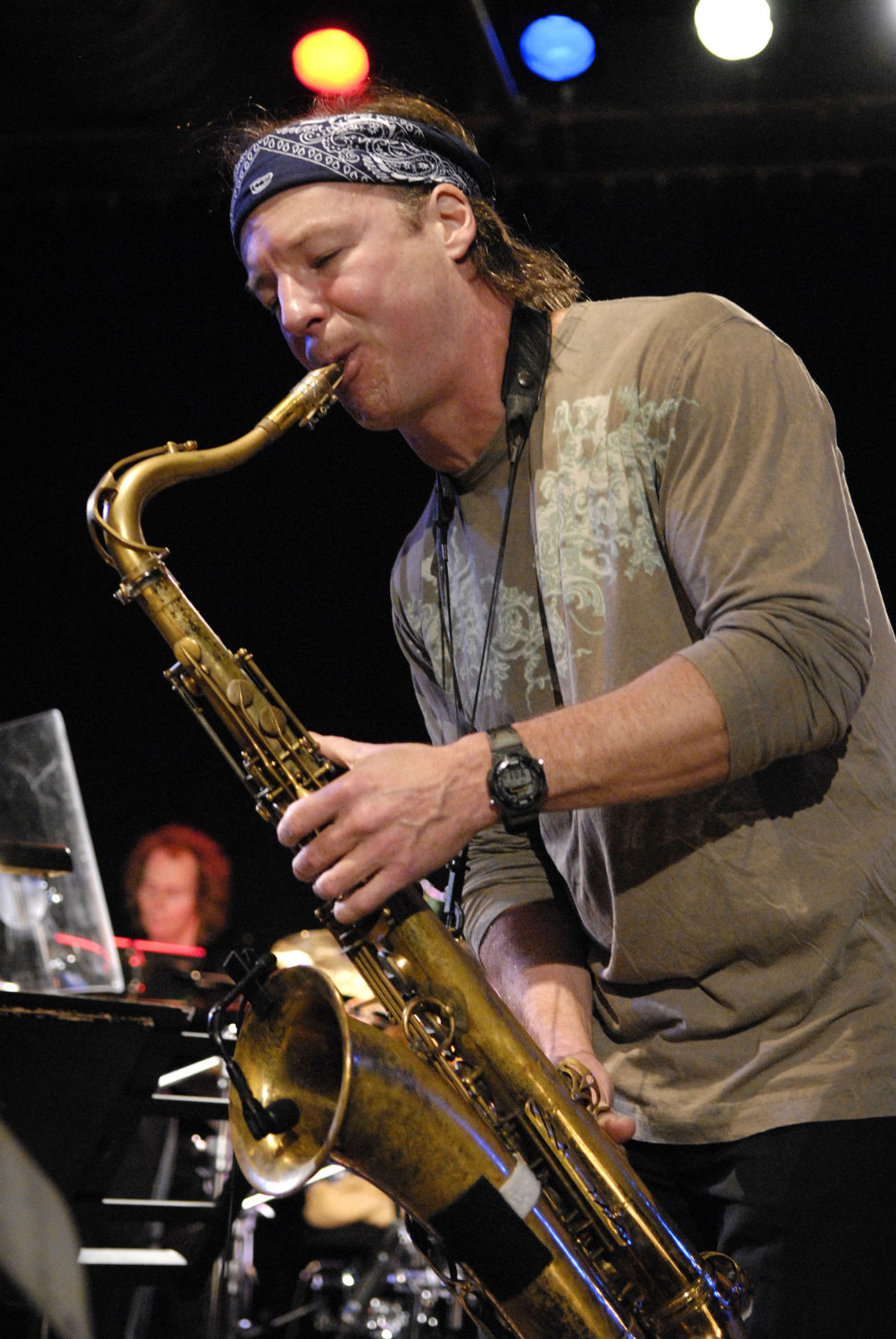