On The Way To The Sky 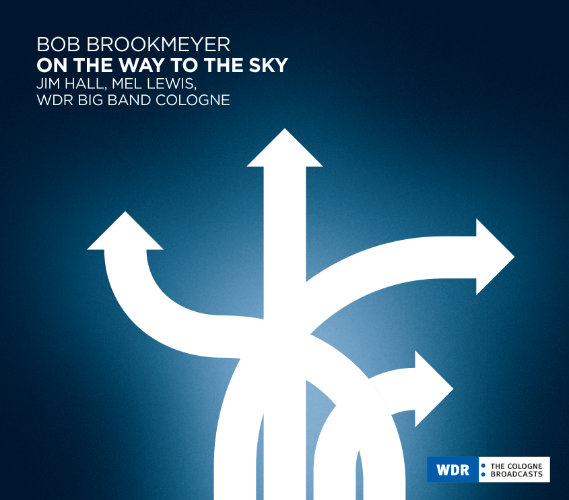 Tell me your name and I will tell you which music you play.

Musicians‘ names can also be a sort of aesthetic programme. Immediately we assign certain styles or sounds to them. It is not surprising, that the name Bob Brookmeyer does not make us immediately think of “modern” music – even though he has left behind quite a bit of it. We are quick to associate him with artists such as Chet Baker, Stan Getz or Gerry Mulligan, names linked with cool music, not experimental one. However, already as an arranger for Mulligan’s Concert Jazz Band Brookmeyer delivered unconventional results. This applies even more to his work as composer and arranger for the Thad Jones/Mel Lewis Orchestra, let alone his membership in the Jimmy Giuffre Trio. There he also met the guitarist Jim Hill – a similar case.

Him too, we usually associate with cool sounds first. Best known for his warm sound, delicate chords and completely relaxed performance, Hill could also display a different side of his: thrilling, vibrant and loose, abstract and sometimes sombre. The guitarist was by no means only the gentle lyricist, the faint poet. He was also a proponent of a very open performance and eager to try out new things. As if Bob Brookmeyer had wanted to say “They did not only underrate me all the time, but also you, Jim”, he invited him for the production of On the Way to the Sky.

Even closer than his connection with Hall was Brookmeyer’s bond with Mel Lewis. The percussionist played a direct or indirect role in almost all phases of Brookmeyer’s professional career. They were constantly supporting each other, in happy as well as in less happy days. They were constantly opening doors for each other; it was also Lewis, who introduced his friend to important contacts on the other side of the Atlantic. And there was something else they had in common: They again and again acted as mentors, especially in Europe. The quasi “institutionalised” manifestation of this was Brookmeyer’s New Art Orchestra, established in 1994, uniting young musicians from Germany and the Netherlands and furthering the rejection of the classical Big-Band aesthetics.

Early in his life Bob Brookmeyer started to be interested in modern music and contemporary New Music. At a young age he delved into the works of Webern, Debussy and Stravinsky. Later on he also turned to composers such as Witold Lutoslawski, Luciano Berio and Pierre Boulez. In this context one may not forget his longstanding friendship with Earle Brown, an American composer of the New York School, who had worked with John Cage among others and who himself influenced many with his own graphic principle of notation for “open forms” – from Karlheinz Stockhausen via the New York Downtown Scene and John Zorn, right through to younger composers. Brookmeyer’s adventurous interest in new forms and means of expression of contemporary music within the idiom of jazz was certainly nothing new in 1989. However, it was a new idea to do this with the help of electronics.

In the course of this, also as an instrumentalist, he frequently let his uncompromisingness peek through – less obviously when performing his elegantly flowing, smooth improvisations on the valve trombone (the instrument he is best known for). More obviously as a pianist (e.g. in a recording with Bill Evans): sometimes awkward, unconventional and certainly not “strictly by the book”.

Wolfgang Hirschmann, a producer and manager at the WDR Big Band from 1987 to 2002, sometimes experienced him as a pianist during orchestra rehearsals: “What you could hear him perform on the piano during rehearsals was certainly not ‘pianistic’ in the classical sense. However, one could pick out his arrangements: Every note was already discernible and one could immediately figure out, who was going to perform what.” Pianists or rather keyboarders – and in fact two of them (Rainer Brüninghaus and Joachim Becker) – figured prominently in the suite On the Way to the Sky. Brookmeyer’s passion for timbre took on even more significance here, embedded in linear, horizontal processes, sometimes broken up by sudden chordal clusters.

On the Way to the Sky was commissioned by the WDR. Hirschmann knew about Brookmeyer’s interest in experimental forms and the exclusive opportunities public broadcasting offered. Furthermore, the purpose was to broaden the profile of the Cologne orchestra. “It is always the same problem with composers: On the one hand they want to write the music their instinct or taste advocates, on the other hand they also have to live of the proceeds. That is where the problem starts. Public broadcasting can sometimes offer the opportunity to realise projects not intended for recordings but radio only. Also Stockhausen made a living doing just that. Bob was intensively at work with tone colours and I thought that this might be an interesting counterpoint to what one usually listens to.”

Brookmeyer was aware that this was the beginning of a new phase. On a handout for the only live performance of On the Way to the Sky at the Cologne academy of music one day after the studio recording, he wrote: “I am slowly entering the world of electronic music – the sounds of synthesizers are becoming part of my language.”
In the early-80s the composer was drawn to Europe. In the Old World the American discovered a more creative environment and “artistic freedom” (Brookmeyer), not least because of an infrastructure, which allowed for creative work beyond convention. Cologne offered him (as well as Lewis) a fertile soil. “I believe the WDR Big Band to be probably the best radio band in Europe, followed by the one in Copenhagen” (from 1996 to 1998 he was in charge of the Danish Radio Big Band). Mel Lewis even called Cologne his “second home” and the Cologne orchestra his “second love” and admitted that he had “spent almost more time with them than with my own big band”.

In 1999, once again in Cologne, Brookmeyer looked back on that period of his work: “I am now married happily for eleven years, which has changed many things in my life. During the 80s I was not happy in my previous marriage and started to experiment. I tried to express the sorrow in music, my version of avant-garde. When I accomplished On the Way to the Sky in the late-80s, it meant the start of a calmer period for me.“
The CD Electricity (nomen est omen), recorded in 1991 also with the WDR Big Band, consequently continued on the path set by the suite recorded in 1989. Again, two keyboarders from Cologne were part of the team - Rainer Brüninghaus and Frank Chastenier -, this time the guitarist was John Abercrombie. Brookmeyer: “Electricity is the child of On the Way to the Sky“.

The present music was the first composition he completed after the wedding with his fourth and last wife Jan. Repeatedly Bob Brookmeyer expressed the wish that this radio production would one day be available as a recording. Once asked by an American journalist which of his works most reflected his life, he replied: “On the Way to the Sky“.
Karsten Mützelfeldt 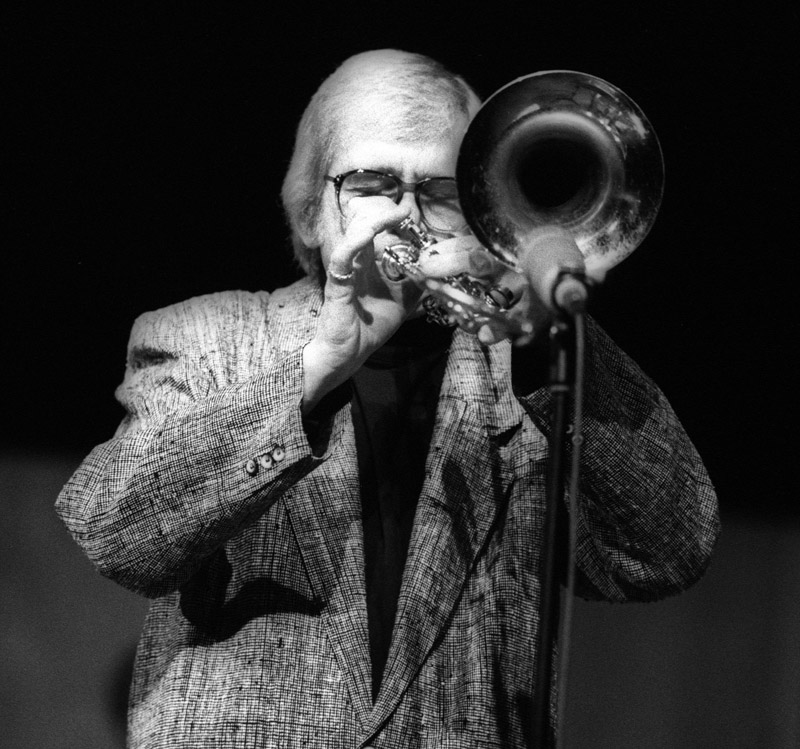 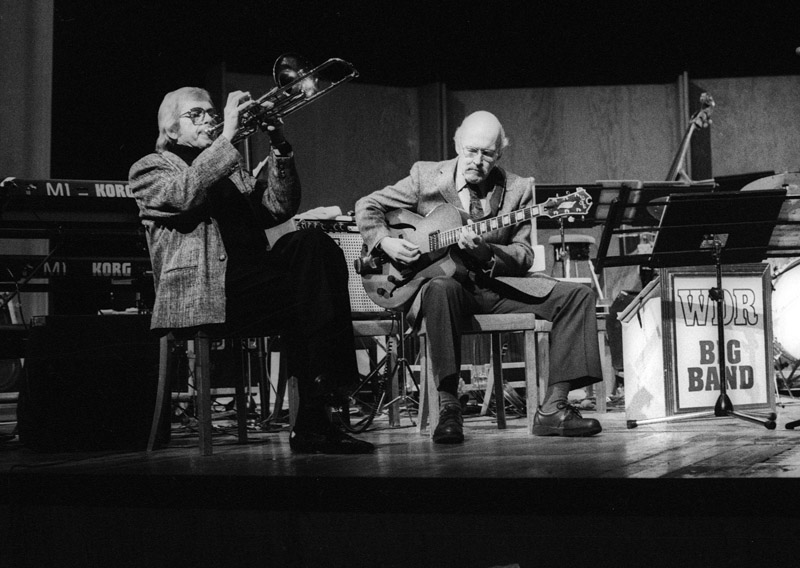 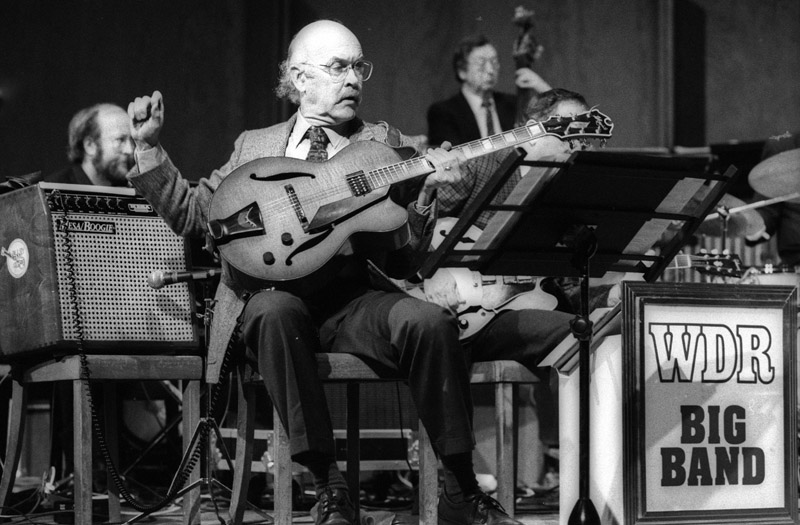 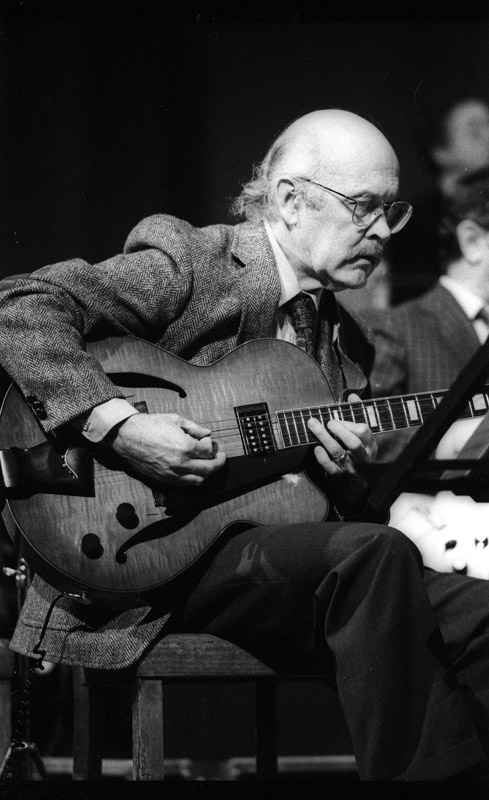 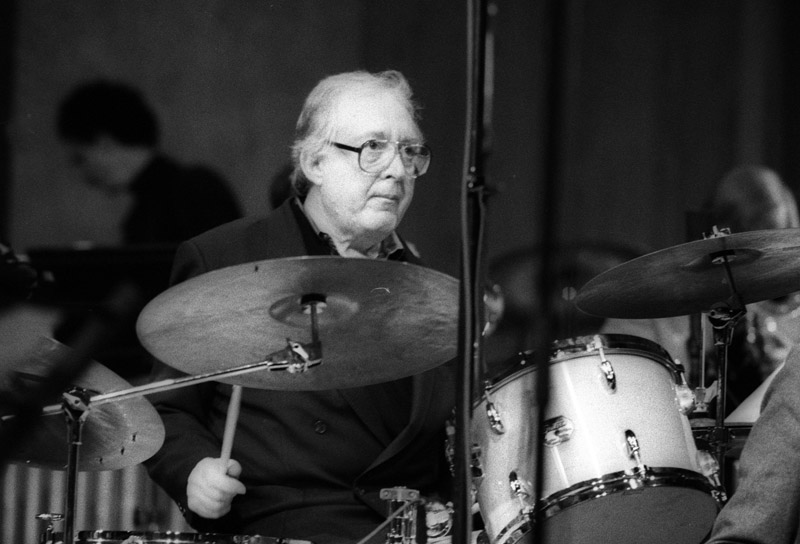 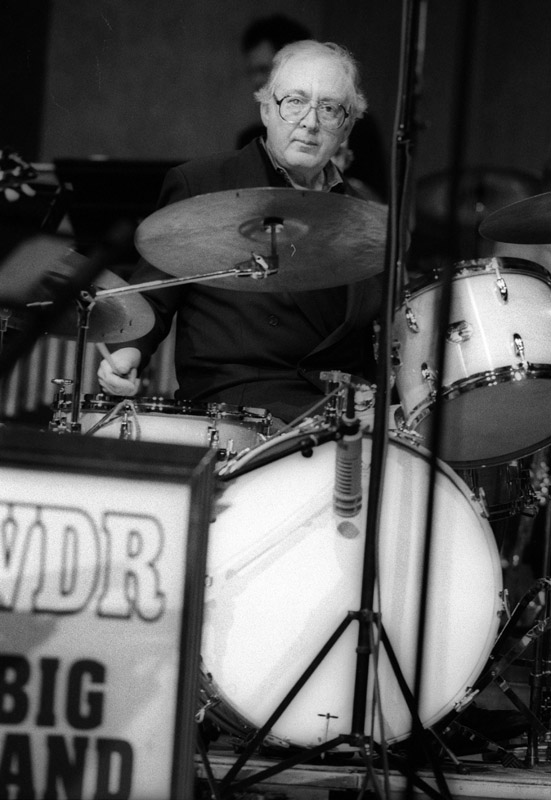 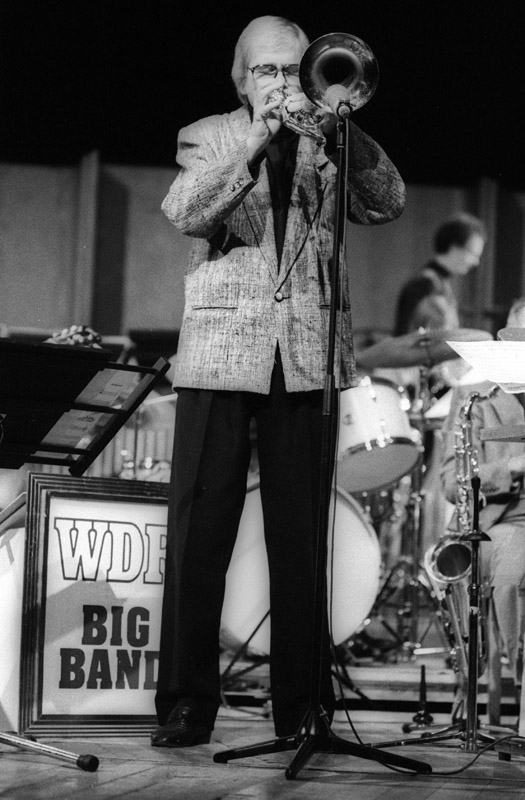 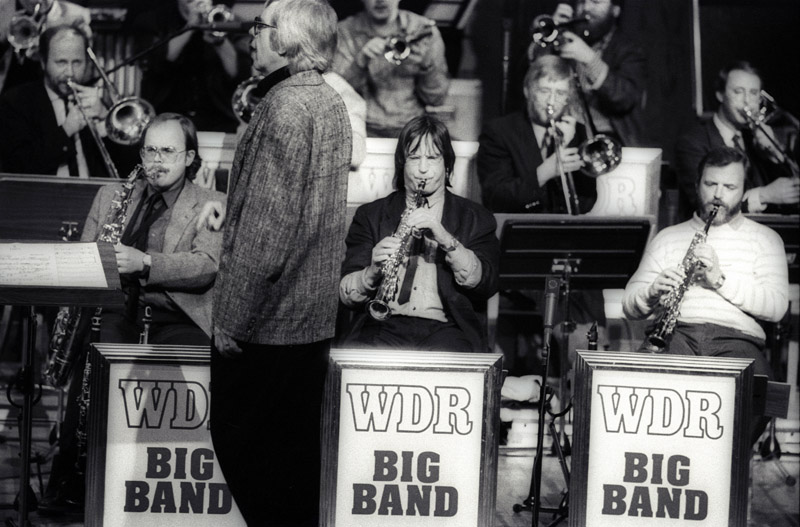