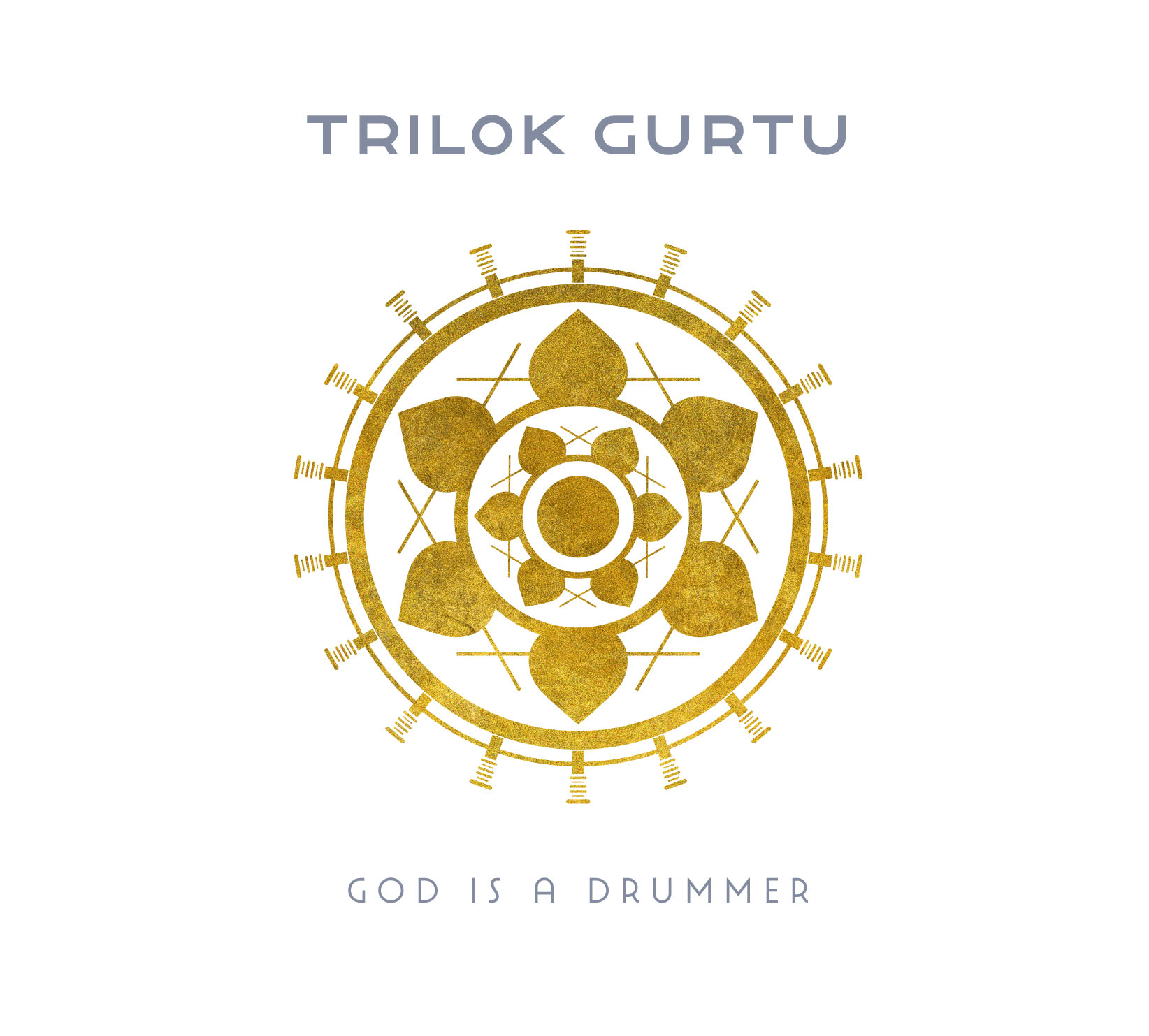 Throughout his illustrious career, master drummer and world music pioneer Trilok Gurtu has stood at the confluence of where Indian classical music, Western jazz and funk, African music and Brazilian music meet. It’s been part of his modus operandi for five decades — making music that defies easy categorization.

Dedicated to his own guru, Ranjit Maharaj, God Is A Drummer is a stunning showcase of matchless precision, dazzling solos, passionate vocals, percolating rhythms and deep-rooted grooves. Regarding the title, the leader says, “I named it that because without the drummer, nothing will move. And without movement, the world will stop. The Earth rotates, which is movement. The waves in the ocean, the leaves falling from trees, people talking to each other…it’s all movement, it’s rhythm, it’s energy. So with every movement, I say, god is a drummer.”

He adds, “It’s such a beautiful way of expressing yourself, through drums. Some people think it’s a noisy instrument, but when it’s played beautifully with space and melodically, it’s a beautiful instrument to play and to compose on.”

And Gurtu has been doing precisely that in his 40-plus years of music-making. Born to Hindu Brahmin parents on October 30, 1951 in Bombay (now Mumbai), he began playing tablas at age six, encouraged by his mother. He later studied under Shah Abdul Karim and by age 13 accompanied his famous mother. After relocating to Europe in 1976, he began playing with trumpeter Don Cherry and by 1977 collaborated with saxophonist Charlie Mariano, keyboardist Rainer Bruninghaus and bassist Barre Phillips. The ‘80s were highlighted by collaborations with the pioneering jazz and world music group Oregon (1987’s Ectopia, 1988’s 44th Parallel) and guitar great John McLaughlin (1989’s Live at the Royal Festival Hall).

On his latest dynamic offering, Gurtu gave explicit instructions to his young charges: “I always tell them not to play cliches and not to force yourself to play jazz. So I just told them, ‘Try to be yourself.’ And it worked. They are bringing their own voices to this music.”

God Is A Drummer opens on a powerful note with “Josef Erich,” Gurtu’s salute to Zawinul, whom he toured with in a scintillating duet setting in 1994 (their performance at the Frankfurt Jazz Festival can be seen in its entirety on YouTube). “Joe, of course, was a genius and a very strong character,” says the leader. “And you have to be strong enough to play with him. So when we went one-on-one in that concert in Frankfurt, I told him, ‘Joe, I know you love boxing. Let’s do it on stage through our playing!’ So we got along very well, musically and otherwise. We were quite close and we enjoyed playing together.” With trumpeter Köster carrying the melody and trombonist Schweizer doubling the line, Gurtu provides the churning groove underneath with his indefatigable tabla work and syncopated, Jaco-like MIDI bass programming. Tirpan also contributes a brilliant piano solo on this transcendent opener.

Indian vocalist Patowary soars in glorious fashion over the top of the Afro-Brazilian flavored “Obrigado,” a rousing number featuring the Junge Norddeutsche Philharmonie that is anchored by the leader’s slamming groove and also showcases his spirited konnakol vocals. The strings that punctuate and support the melody throughout this exhilarating piece add a bracing quality to proceedings. “He’s my brother,” says Gurtu of the late, great Brazilian percussionist Nana Vasconcelos, whom the song is dedicated to. “We were like Sly & Robbie together — very groovy with a great understanding and sharing a great sense of humor. We were both like young kids, pulling each other’s leg and laughing and just enjoying life. He was very close to me as a musician and also as a human being.”

The imposing “Holy Mess,” dedicated to legendary jazz drummer Tony Williams, travels from intricate Hindustani rhythms and tight unisons with the band to a funky backbeat section that has Trilok laying it down in no uncertain terms while Tirpan wails with impunity on synthesizer. The suite-like tune segues to a swinging section that has Köster stretching out with a bright, jazzy trumpet solo.

Regarding the subject of his dedication on “Holy Mess,” Gurtu recalls, “I met Tony Williams in the late ‘80s when I played with John McLaughlin in Boston. During the show I noticed that Tony was looking over at me and smiling the whole time. And then after the music, he came over and told me, ‘Wow, I never heard something like that. You’re revolutionary!’ And he said to John, ‘Where’d you find this guy?’ He was fascinated by my hybrid kit, which at the time I played while sitting on the floor. And he also loved how I was bringing the rhythms of Africa and India together. And he was very encouraging to me. Tony Williams was definitely one of my heroes, so I wanted to dedicated this one to him.”

“Madre” is jointly dedicated to Trilok’s mother Shobha Gurtu and Inge Schlagowski, the mother of his wife Ute. Turkish singer Zara provides passionate, keening vocals on this moving requiem while violinist Meralli contributes some stirring call-and-response here. “Samadhan,” a warm ballad with trumpeter Köster handling the poignant melody while Meralli doubles on violin, carries a special dedication. “That’s an Indian word that means ‘complete contentment with yourself,’” Gurtu explains. “And that is dedicated to my wife and my daughter, because they really help me. I’m not an easy person and I am thankful that they bear with me.” Köster delivers a particularly affecting trumpet solo on this touching number.

The evocative, ambient-sounding “Indranella” is a Gurtu composition he originally wrote for the soundtrack of a documentary film on India. A virtual one-man show, it has the master drummer deftly incorporating electronics with his acoustic drumming and vocalizing.

God Is A Drummer closes in dramatic fashion with “Try This,” Gurtu’s dedication to his adopted city of Hamburg. An imposing orchestral number, it stands as a prime example of the innovative North German ensemble that is “creating future music of today,” as its website proudly states. The piece concludes in dynamic fashion with the Junge Norddeutsche Philharmonie joining Gurtu on some tight unisons and intricate stop-time statements to match his stunning konnakol vocals. “For this piece I told (conductor) Wolf Kerschek, ‘The idea here is that we should really keep it to India, Africa and Brazil.’ It’s a challenging number, to say the least, and they really rose to the occasion.”

The connective tissue for all of these demanding pieces are the various solo tabla interludes played by Gurtu (“Connect,” “Connecting,” “Still Connecting” and finally “Connected”).

For Gurtu, who currently appears on tour as special guest of the Jan Garbarek Group while also leading his own group, his lifelong, uncompromising journey in music-making takes the high road with God Is A Drummer.

“Music can be a good therapy to get rid of this bad feeling that we are going through these days, especially with religion and hatred and all that stuff,” says Gurtu. “So this is the only thing we can do…to be ourselves.” — Bill Milkowski

Bill Milkowski is a longstanding contributor to Down Beat and Jazzthing magazines. He is also the author of “JACO: The Extraordinary and Tragic Life of Jaco Pastorius”

TRILOK GURTU - GOD IS A DRUMMER

This CD is dedicated to my SadGuru Ranjit Maharaj

LYRICS OF THE SONG MADRE:

My soul is dependent on you, it burns
And remember first love 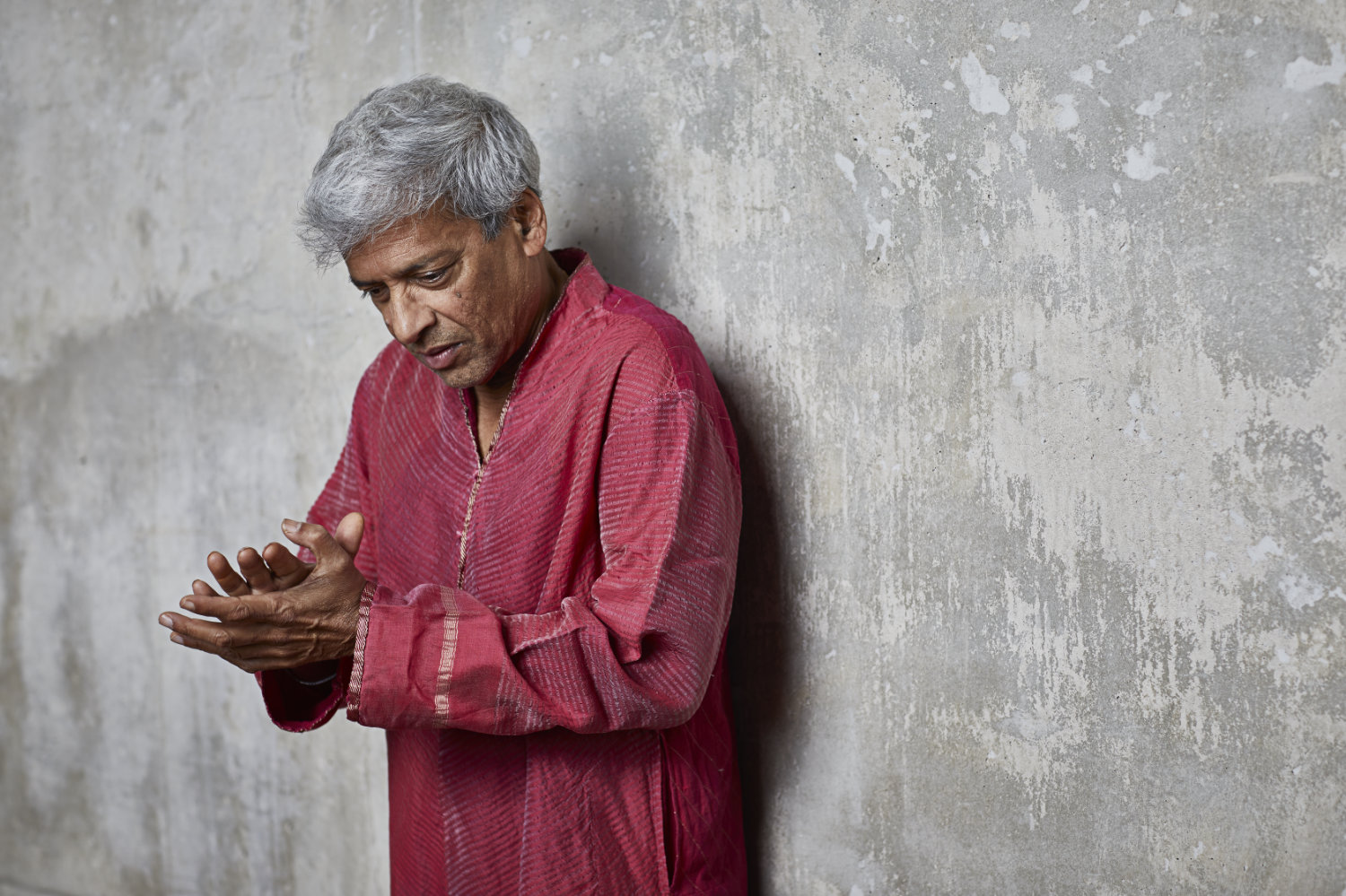 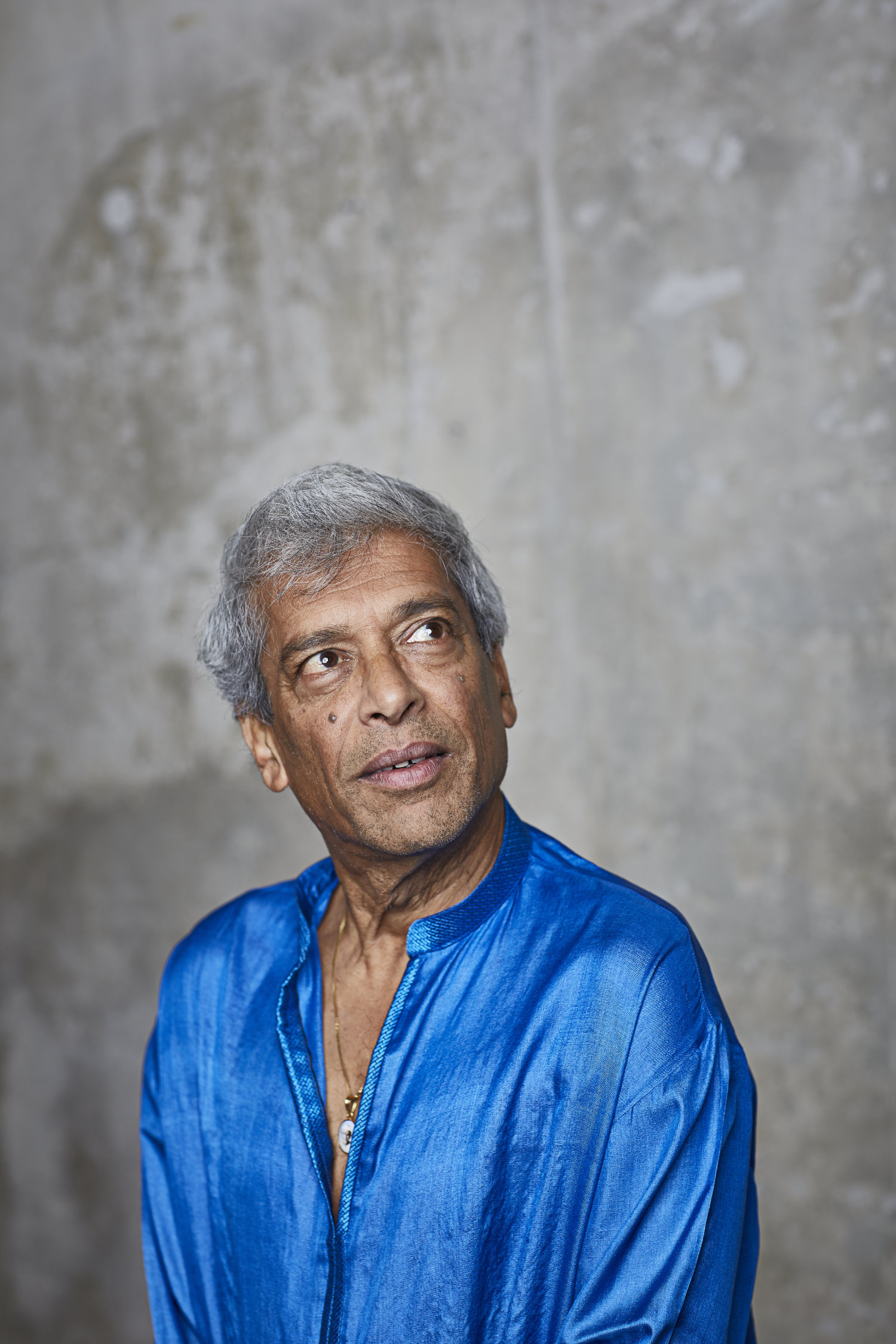 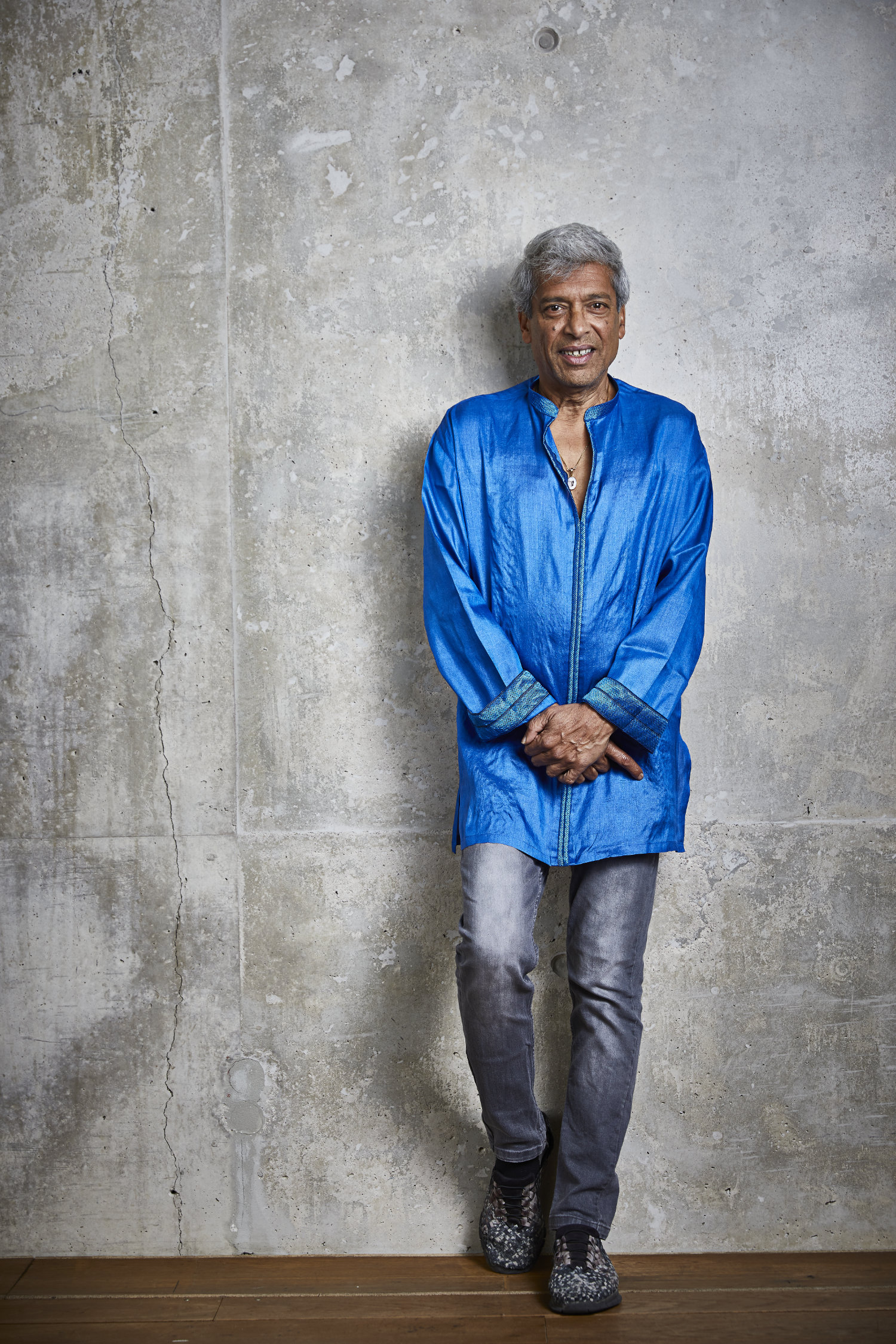 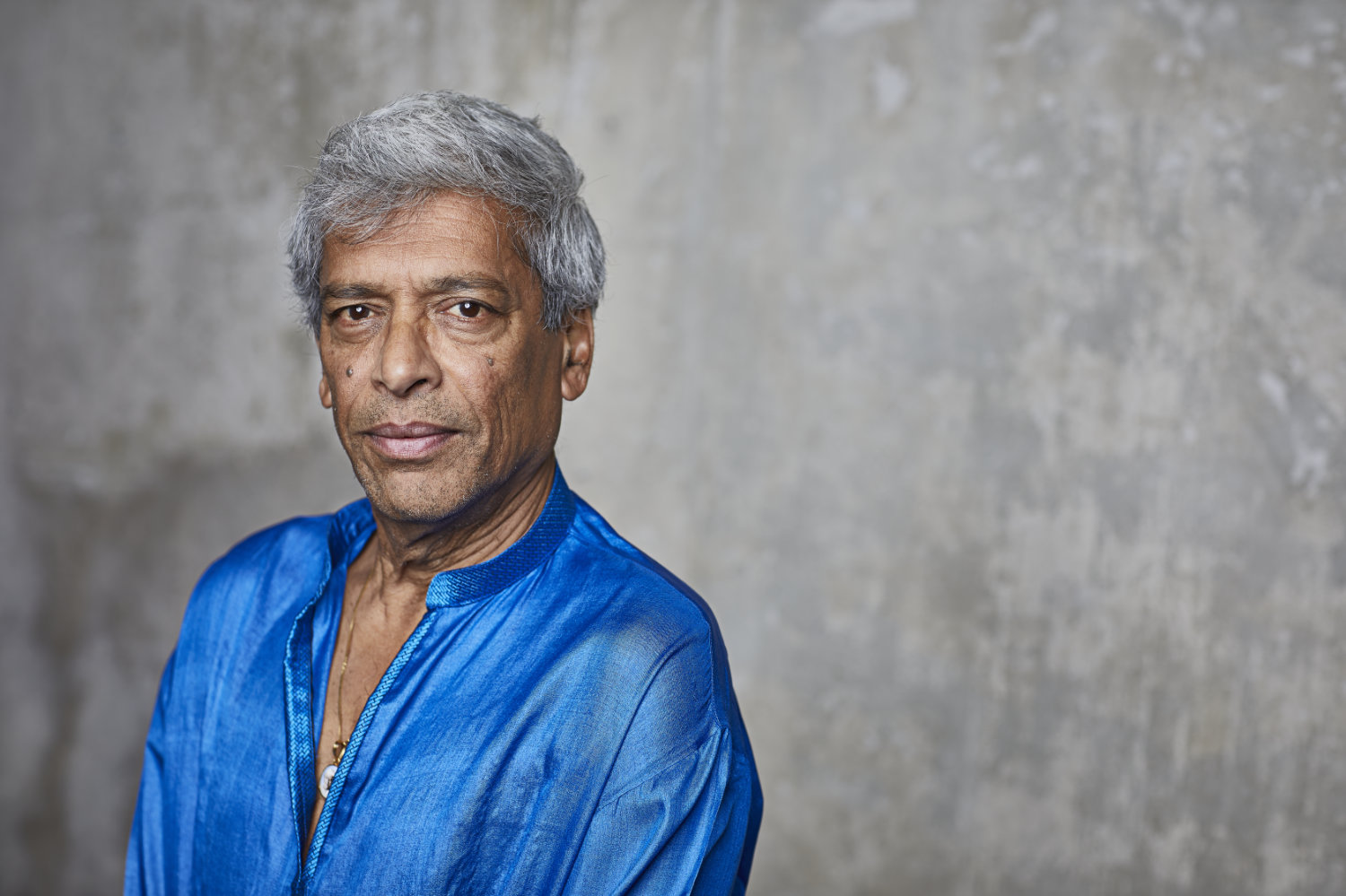 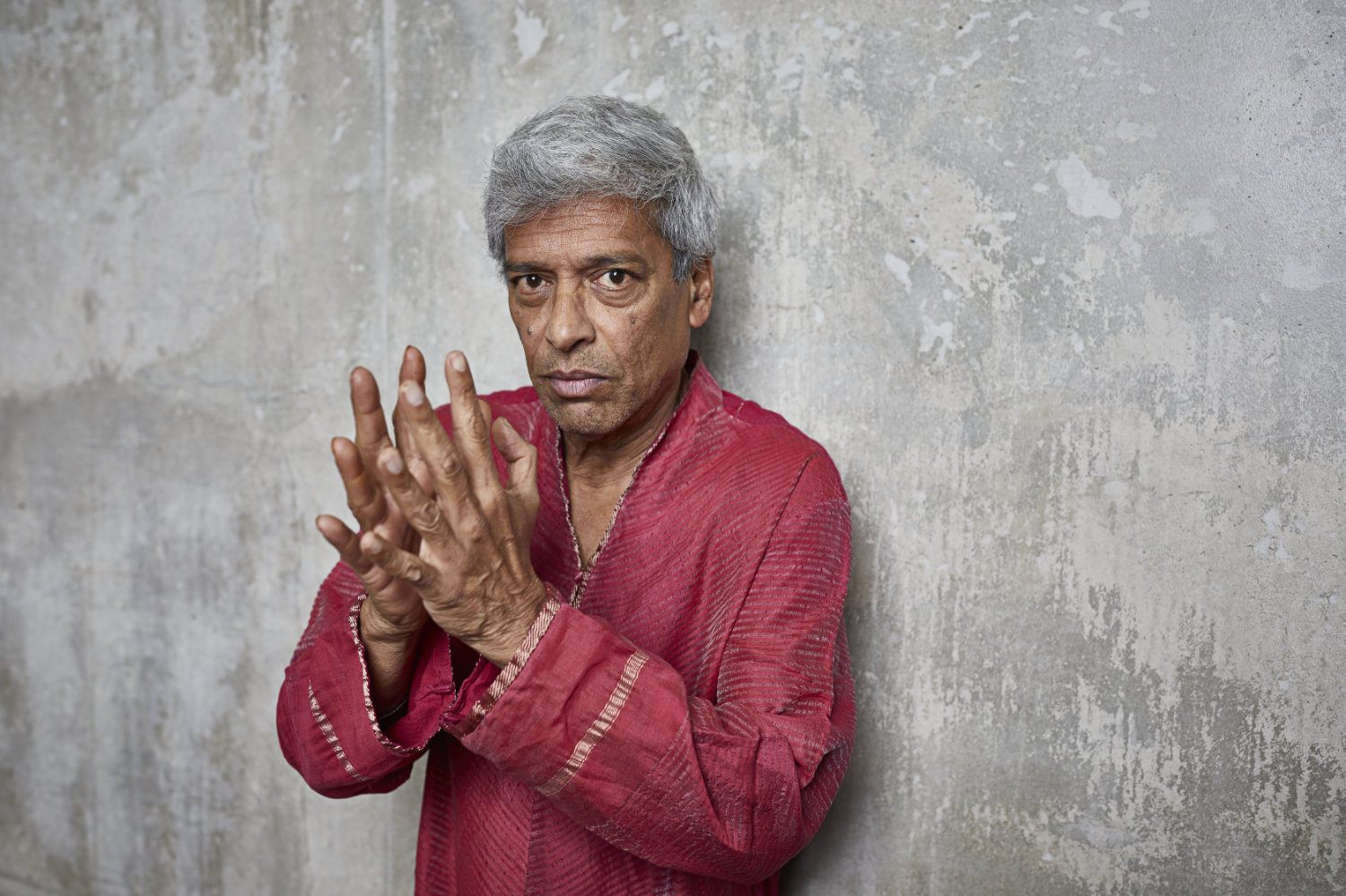 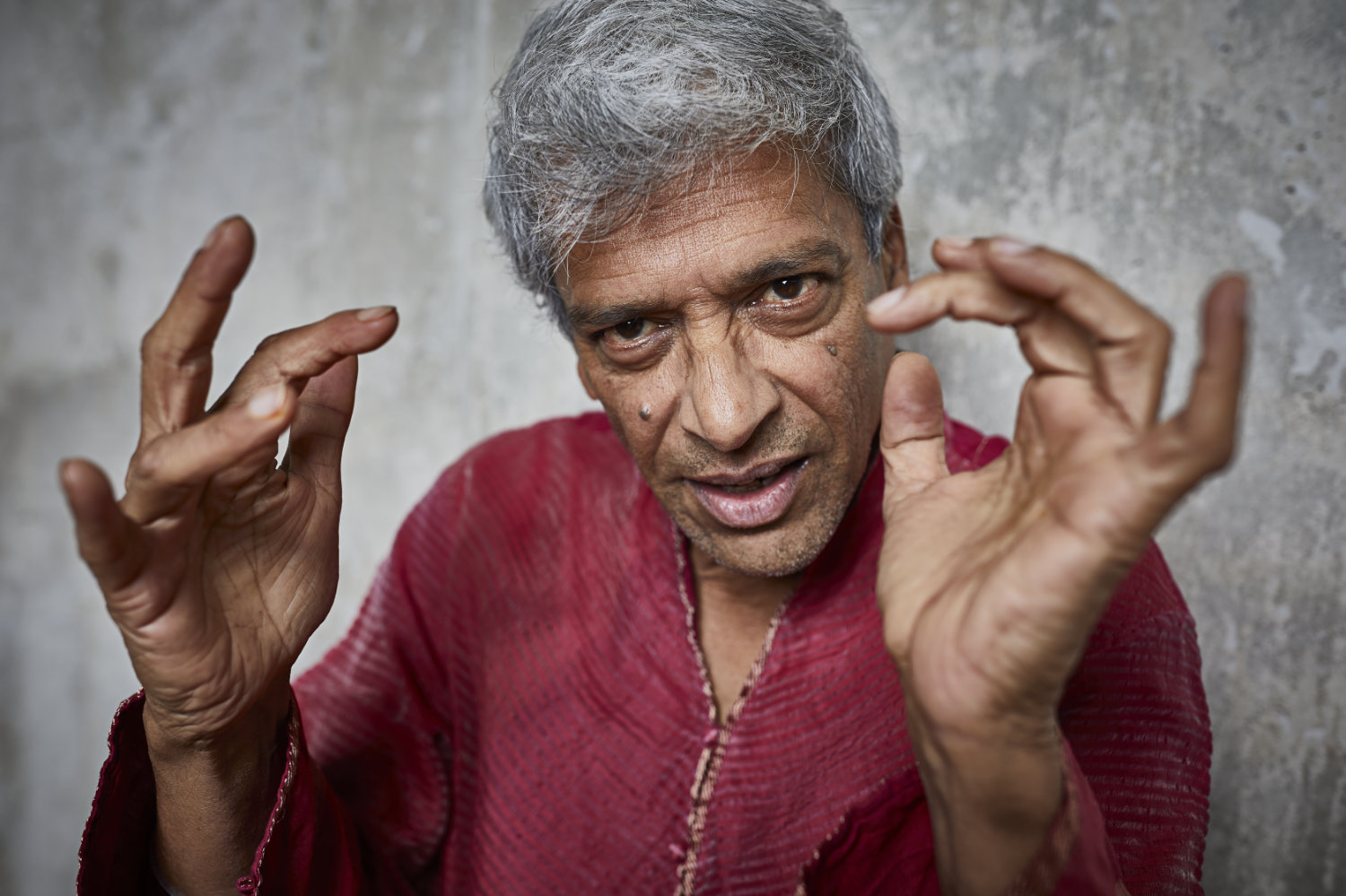 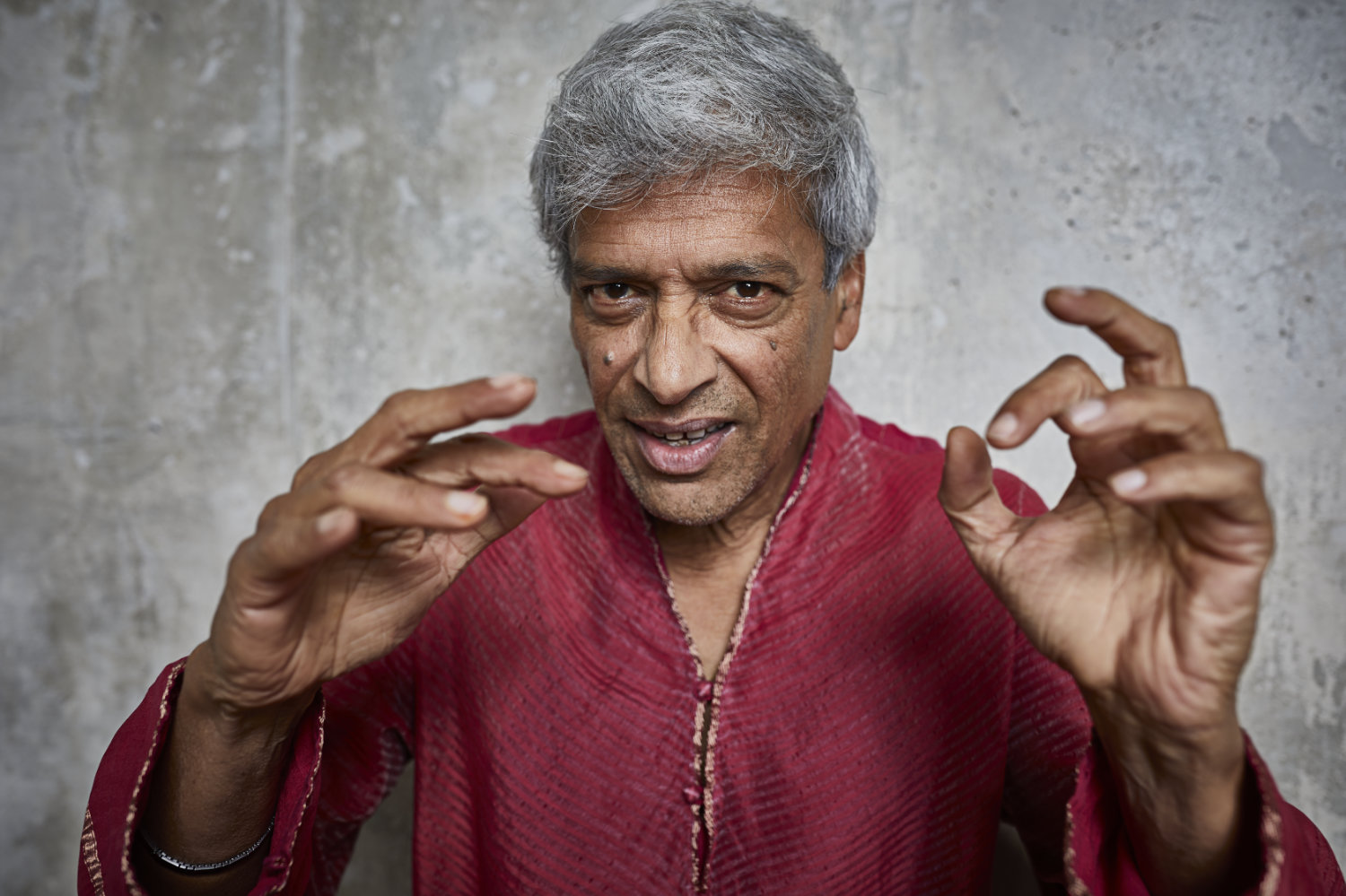 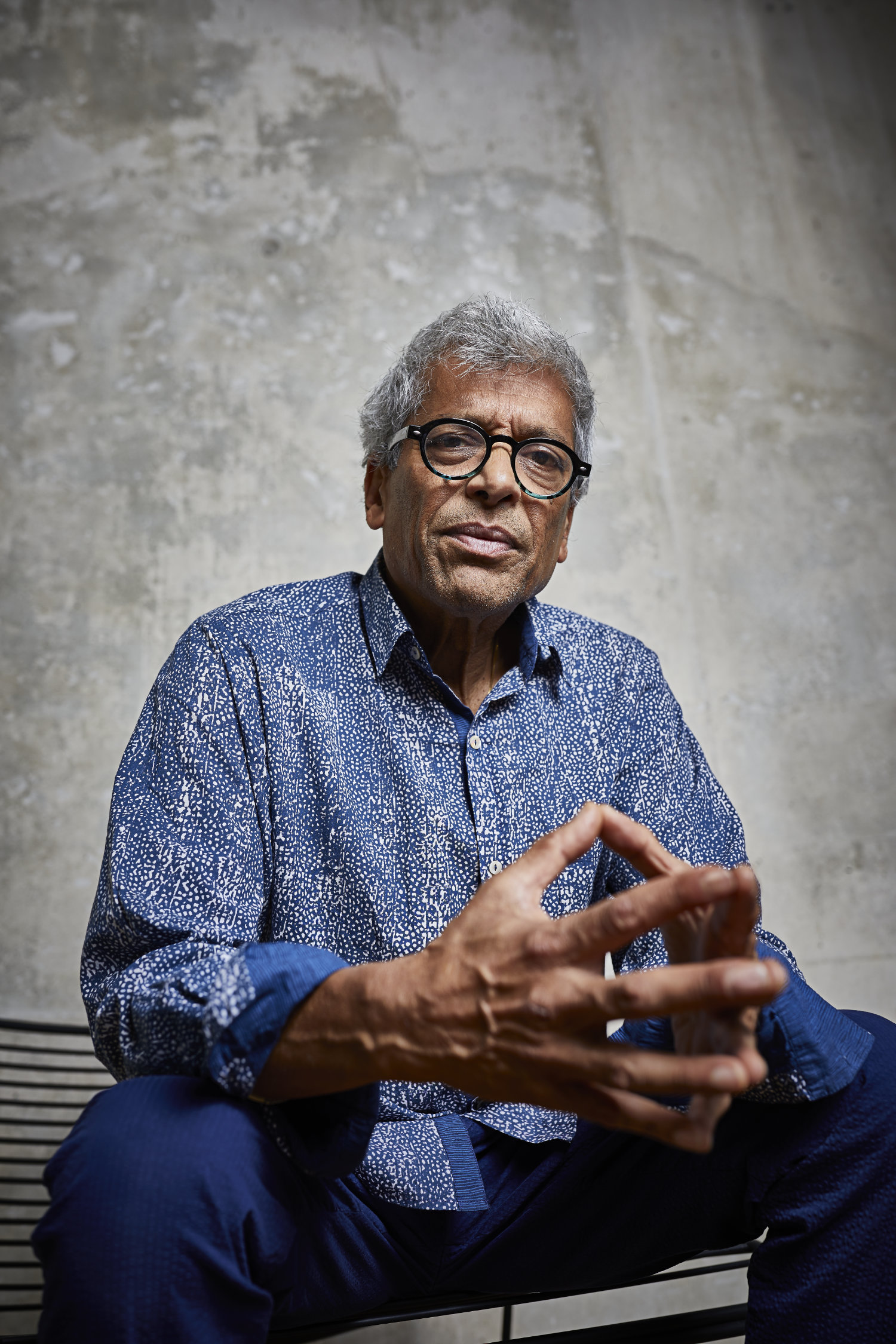 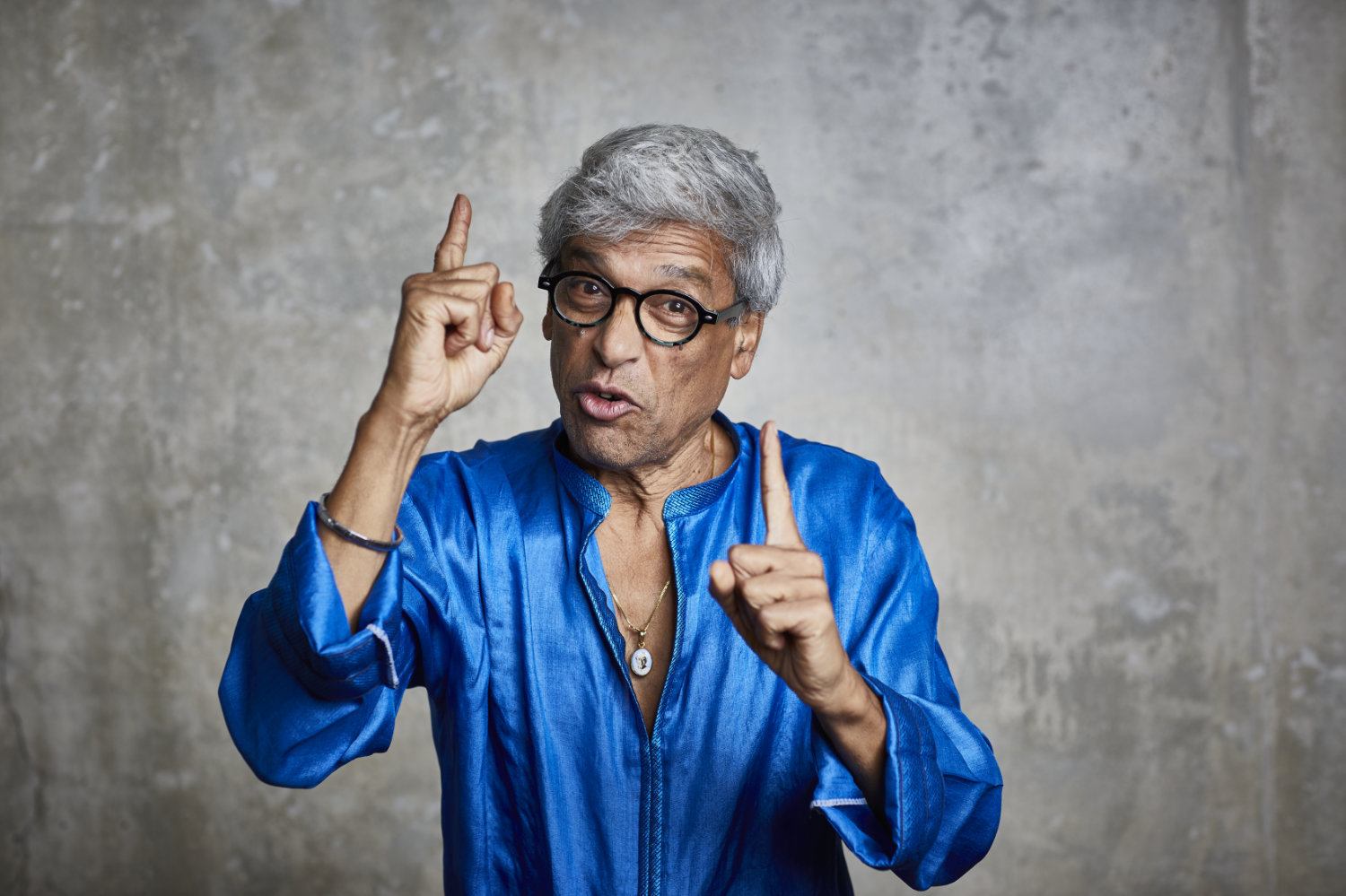 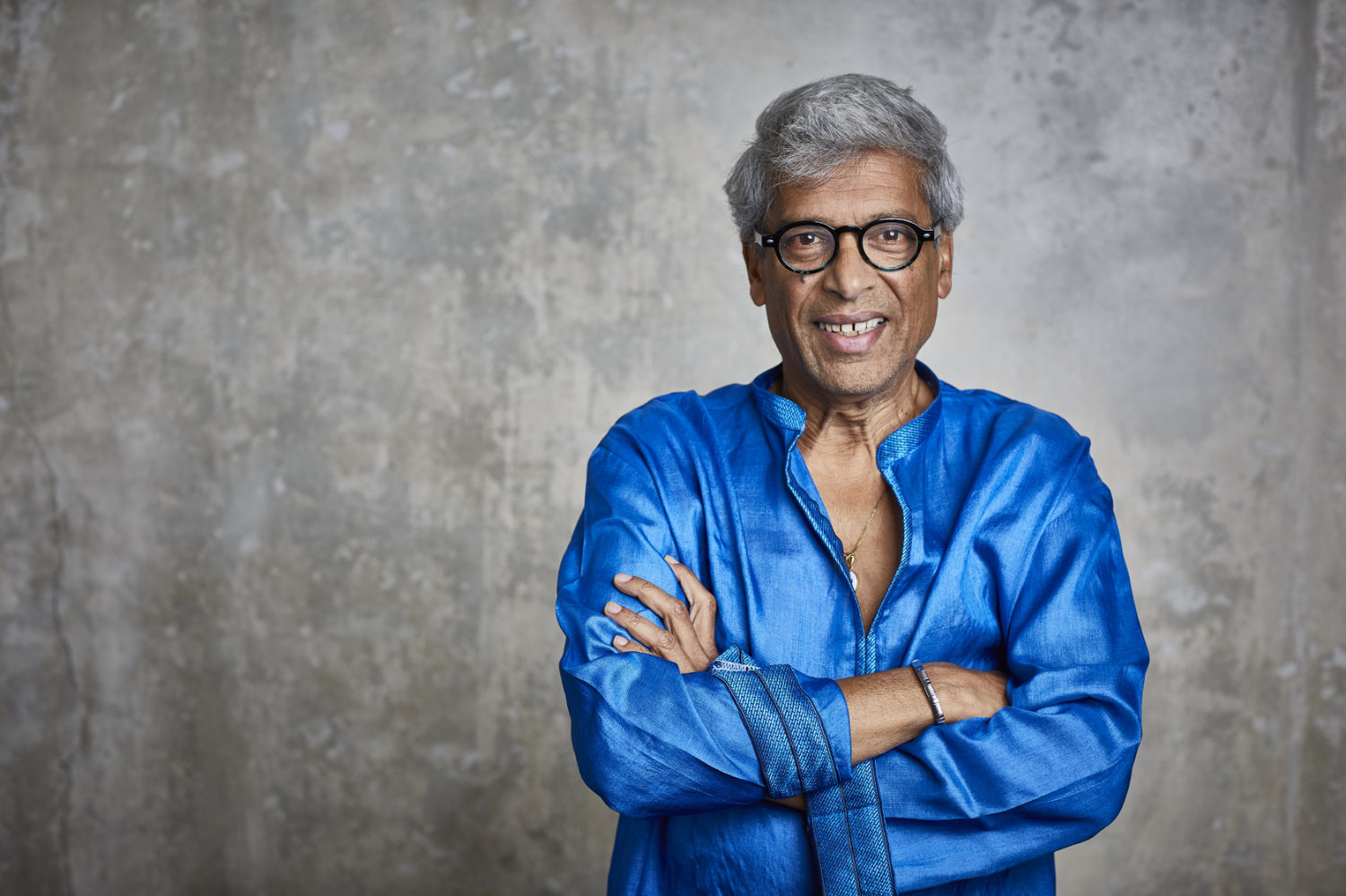