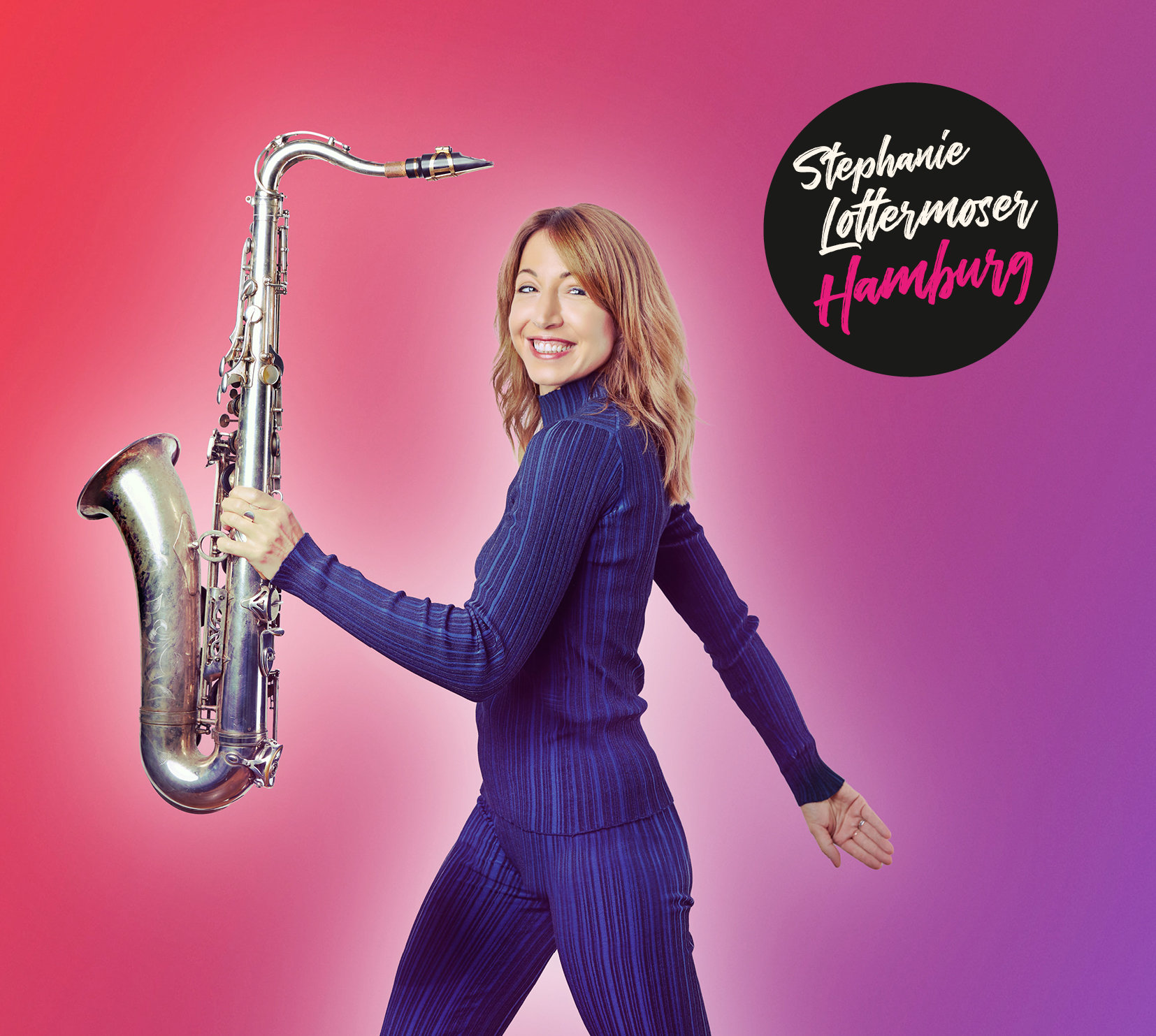 Rural and urban destinations have inspired composers of jazz and improvised music for decades.
For instance, in standards such as Harlem Nocturne, April in Paris, Moonlight in Vermont and London Blues or even on complete albums, such as In Angel City by Charlie Haden, Hudson by Jack DeJohnette, New York Tango by Richard Galliano or Miles Davis’s Sketches of Spain, geographical coordinates have played an important role as catalysts for the musicians’ creative and imaginative powers.

Stephanie Lottermoser’s brilliant and highly anticipated new album Hamburg, her follow-up project to This Time, which was number two in the German jazz charts in 2018 and which was characterised by Jazzthing, as containing feather-light songs (…) with a surprising level of thoughtfulness, could certainly be included in this group but for some decisive differences which set Hamburg apart from the above mentioned recordings: the autobiographical elements in the storyline and the musician’s thoughts on important social topics of our time, which had a determining influence on the structure of the songs. Hamburg – the album – does not only focus on the city itself but lets the eye wander further away.

Thanks to a scholarship I could spend six months in Paris a few years ago and dive into the flair and multiculturalism of this metropolis. My album Paris Songbook was the result of these experiences. Soon after I returned to Munich the city seemed too narrow to me and I felt the urge to change. Briefly I considered moving to Berlin but changed my mind and opted for Hamburg, which I already knew and loved from previous visits. In September 2018 I set out for the city on the river Elbe with only two bags and I haven’t regretted my decision ever since, the saxophonist explains.

The friendly welcome by the locals and the quick and easy integration into the Hamburg music scene – an opportunity for an interview NDR jazz department and an invitation to Jazz Open by the Jazz Büro Hamburg reached her almost immediately – confirmed her decision.

The Hamburg scene is surprisingly outgoing, open and supportive. Hardly anyone here is a lone fighter. I felt immediately welcome and wholeheartedly accepted, remembers Stephanie Lottermoser.

Hamburg is the first album of Stephanie Lottermoser written and arranged in its entirety in her new hometown. It was recorded in spring of 2020 at the Bonello studios in Berlin under the direction of Tobias Ober. The production-credits go to guitarist Lars Cölln who was also responsible for mixing.

The result is an exceptionally entertaining album, agreeably close to the live sound of the band, intertwining elements of funk, jazz, pop and soul splendidly and of a quality rarely to be found on national productions. A world away from any clinically-academic jazz arithmetic, already the first piece Cory makes one sweat bigtime. By the way, the piece is dedicated to the Vulfpeck-mastermind Cory Wong.

Morgen (Hamburg), can be understood as a musical welcome address by the composer to the city, which might become her second home in the course of time. With cinematic energy the ballade evokes impressions of wafts of early morning mist over the slow moving river in the listener’s mind. Quietly the waves ripple and water birds are about to sing the first songs of the day. Then, at first only tentatively, the pulse of the awakening city gains speed and the last remnants of the previous night disappear. This is probably the best soundtrack to watch the ships go bye while sitting on the Elbe beach in Övelgönne at sunrise.

What Kind of Lovesong – the first of three vocal numbers of the album - addresses the topic of starting anew in Hamburg. It is characterised by a positive attitude towards change and lust for life. A beautiful relaxed shuffle, with the Hammond quietly “growling”, the bass casually moving forward, the sax sending a dreamy melody into the evening sky and an earthy guitar solo, which seems to be taken straight from the primeval mud of the Elbe river.

Karma plays with tonal colours. Reverb effects colourize and hatch a canvas on which sax and Rhodes ensnare each other gently.

Hype with its almost hymnic style exudes spirituality, power and masses of energy. This composition reaches its point of culmination with an eruptive solo performance by Lars Cölln before gliding back to earth with soft opalescent piano parts.

The exciting pluralism in style of Hamburg is a direct result of the positive influence of the musician’s new centre of life. The reassuring certainty to be at home and at ease in this city after only a short period of time has unleashed new thoughts in the saxophonist, singer, composer and arranger, which have eventually prompted the desire for experimenting with new ideas in her music.

It fits the mould that Stephanie Lottermoser has included two compositions by other artists, Within by the French duo Daft Punk and Dreaming My Dreams With You by the country icon Waylon Jennings, which are both usually not associated with jazz.

I like the entire Random Access Memories album by Daft Punk, but Within, with this perfect line - There are so many things that I don't understand - is just a perfect fit for the times we live in and it also mirrors my current mood. The world around us constantly challenges us with new questions and uncertainties and we are barely able to find the correct answers. Dreaming My Dreams With You by Waylon Jennings has always been one of my favourites. I quite like the ambiguity of the lyrics which allows us to speculate. You never know if we are dealing with emotional pain caused by rejected love or by something else, explains Stephanie Lottermoser.

The music of the Wolfratshausen-born artist has never before been so fascinating and rich in variety. Nevertheless, she always remains true to herself!

Till Sahm plays NORD Keyboards and KORG Kronos.
Thanks to all the family!

This album is really special to me because it combines a feeling of coming home with the start of something new… and all of that happened in Hamburg since I moved here in 2018.
All of the music on this album was written and arranged in this mood and in this city and there are a couple of people who supported me not only on this new journey but for much longer.

Thanks to my family for their incredible love and support, thanks to Felix, Lars, Till and Thomas for making music with me and for making my music sound like it does and double thanks to Lars for also mixing and producing that album. Joern - you are a really big part of this with all your friendship and inspiration, thank you so much! More love goes out to Jessica, Deborah, Jenna, Monika, Tini, Christoph, Thomas - thank you for always being there! 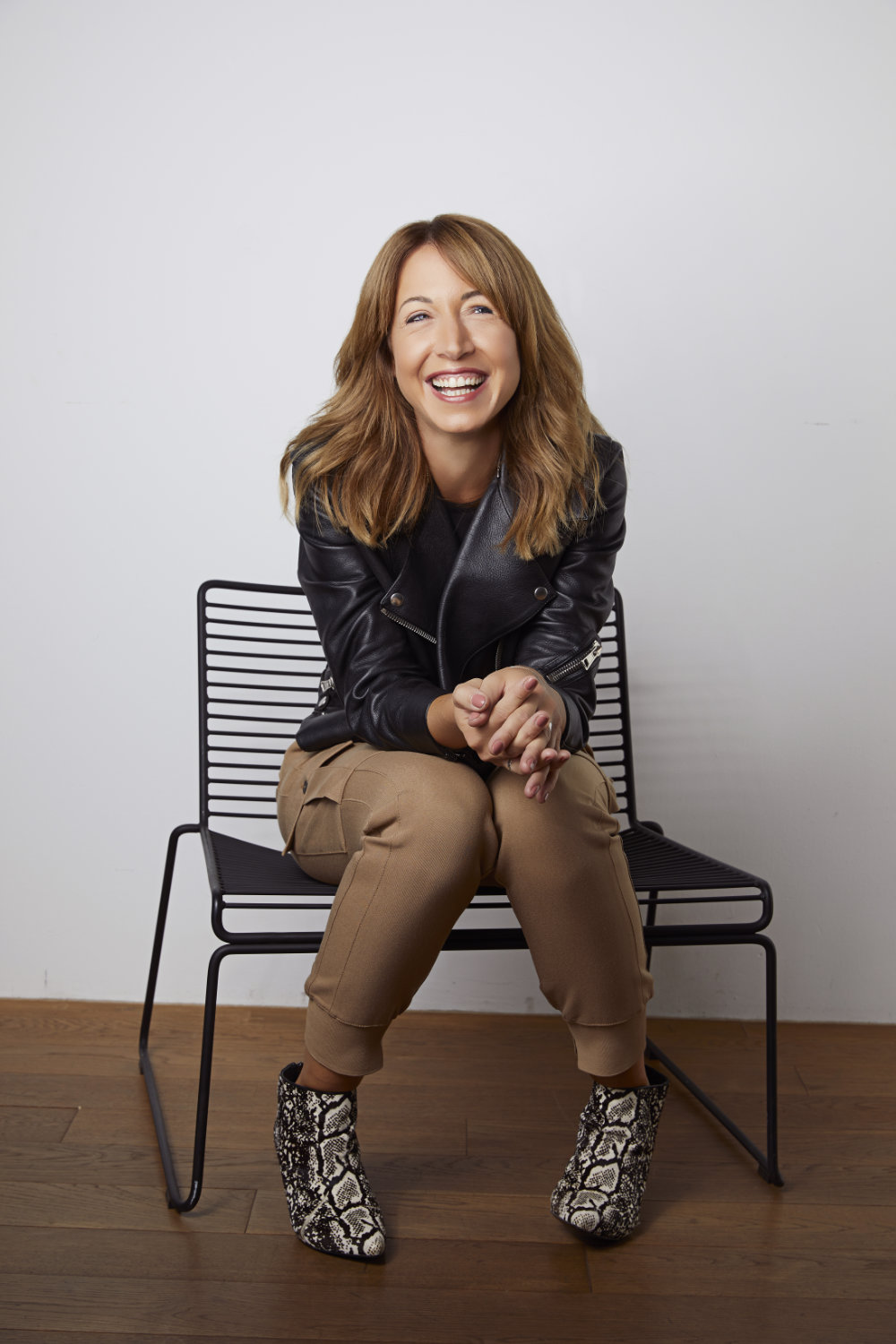 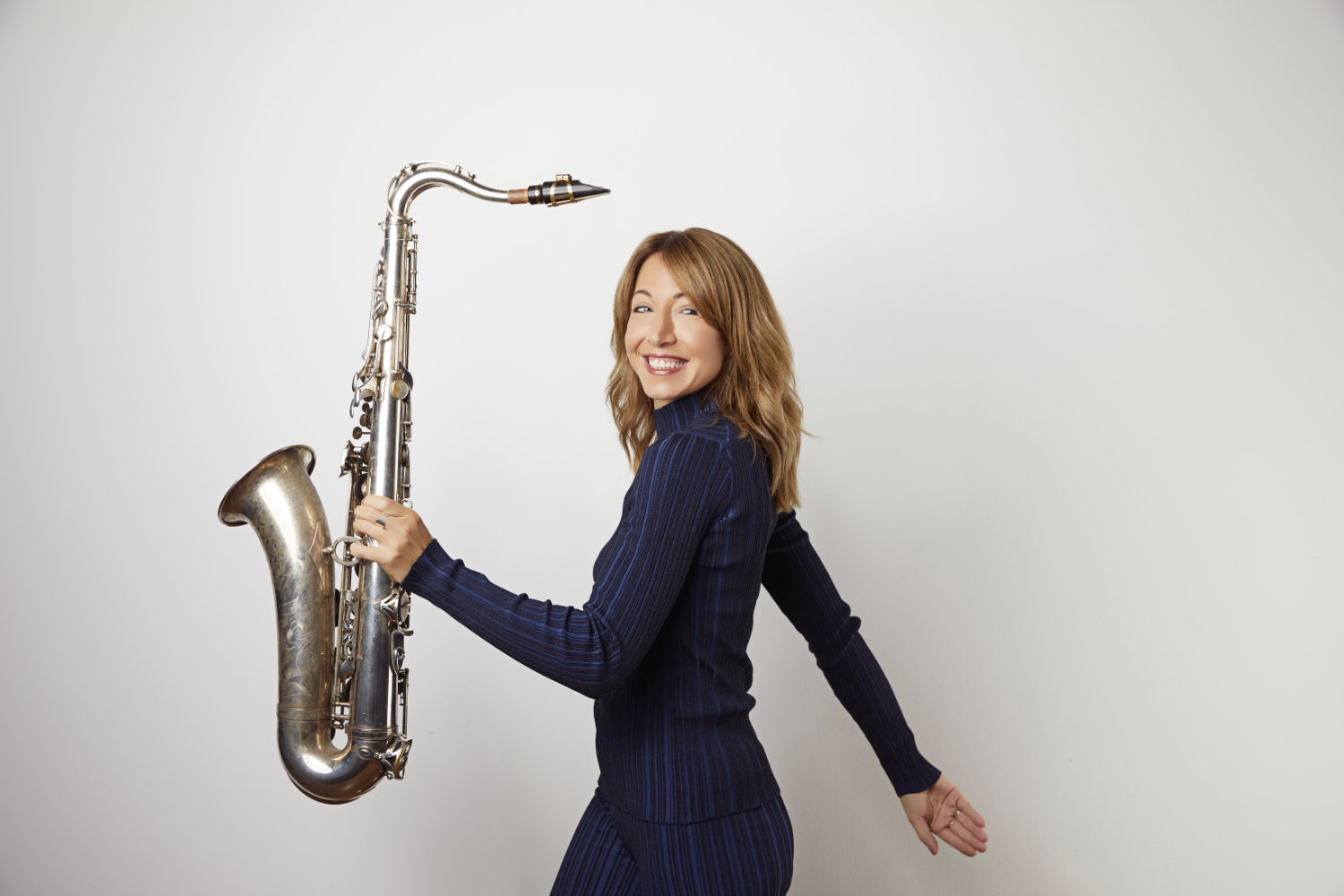 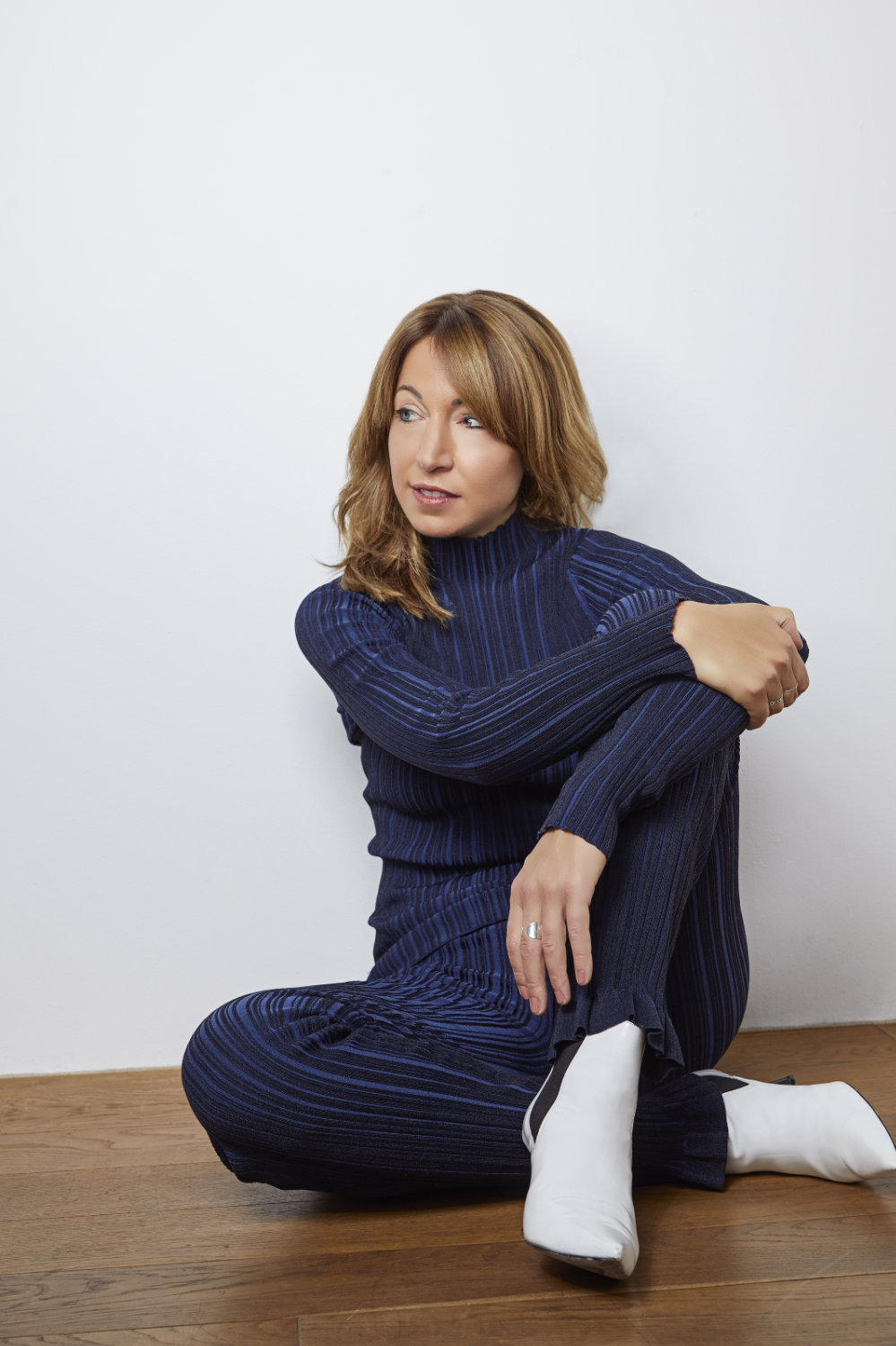 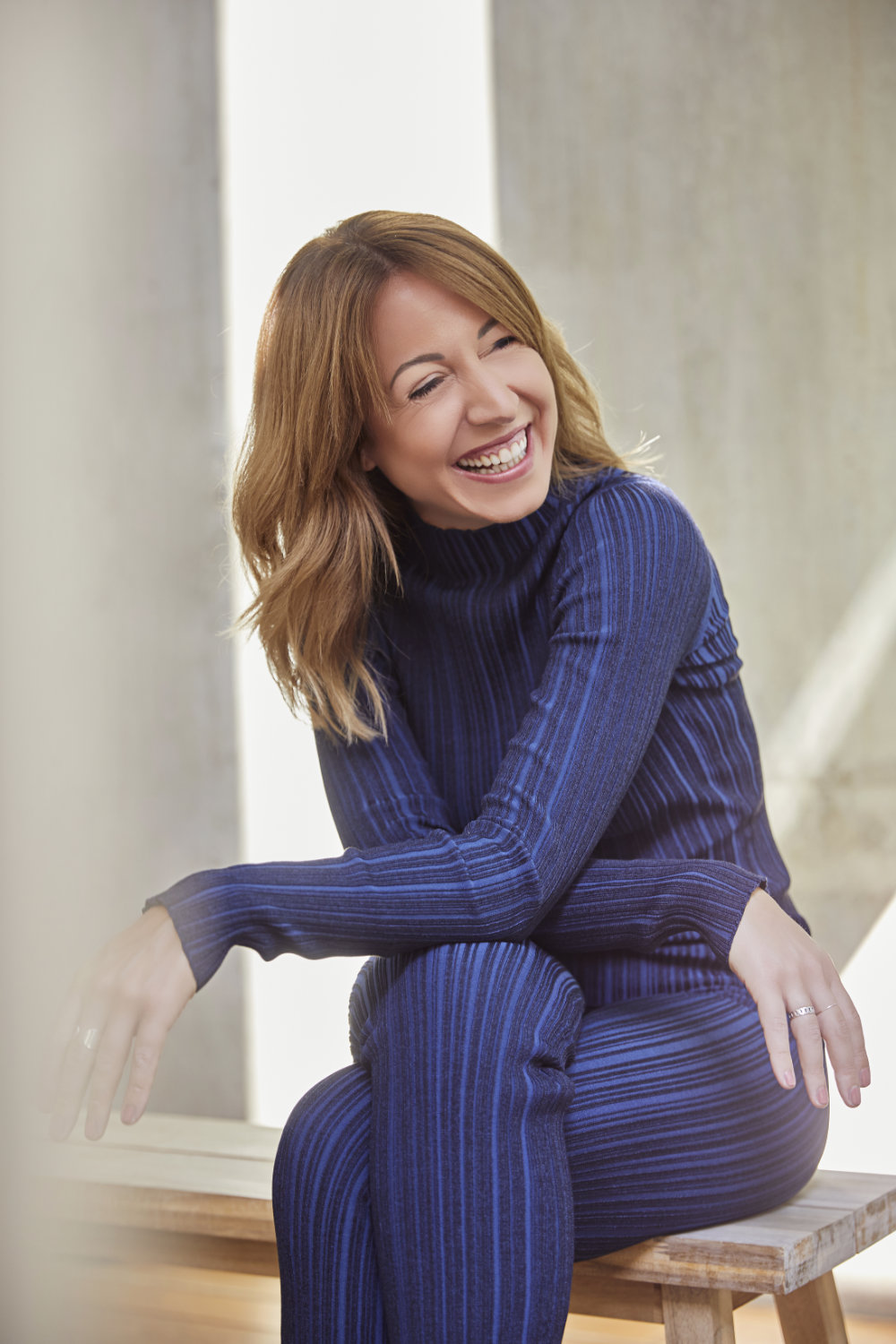 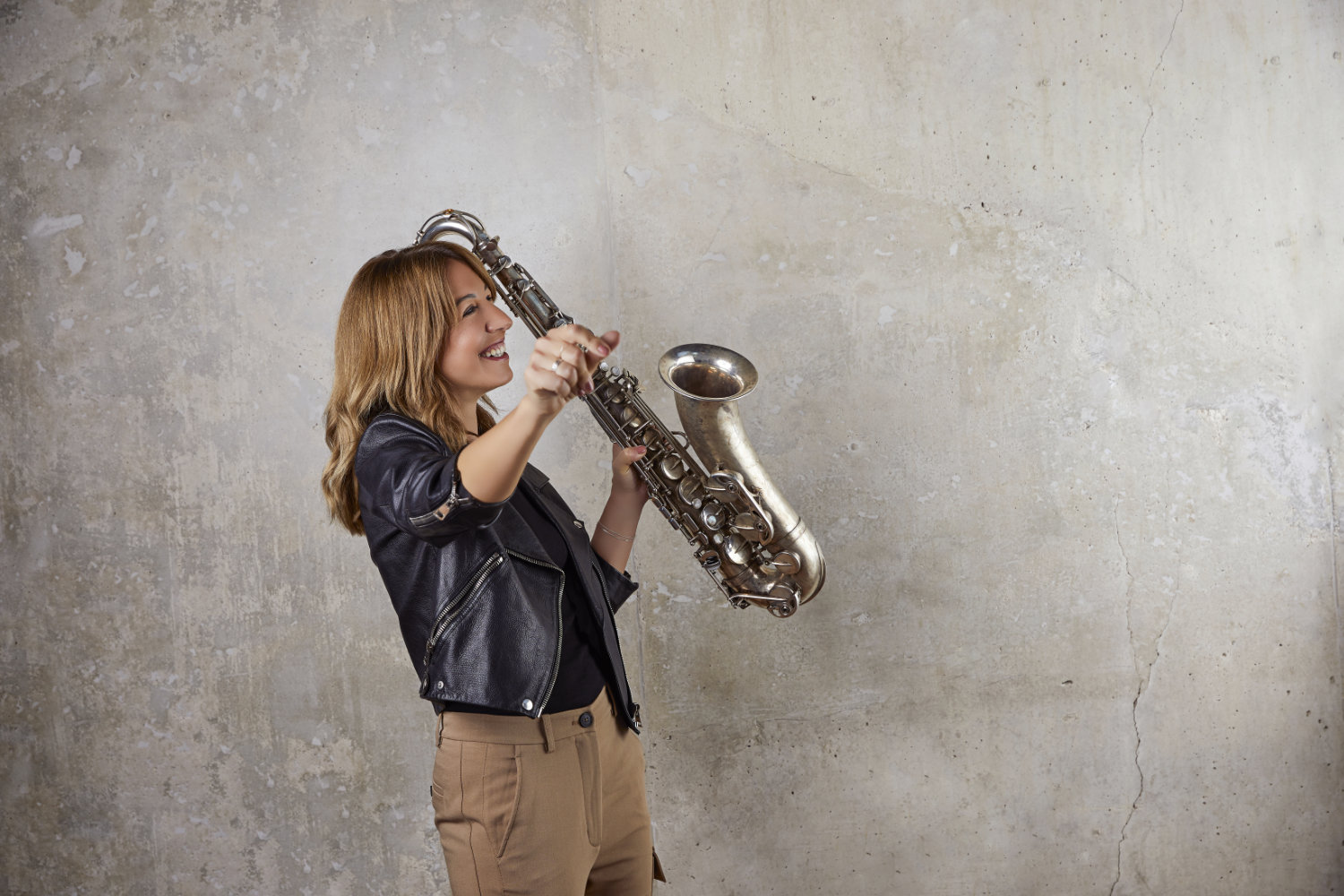 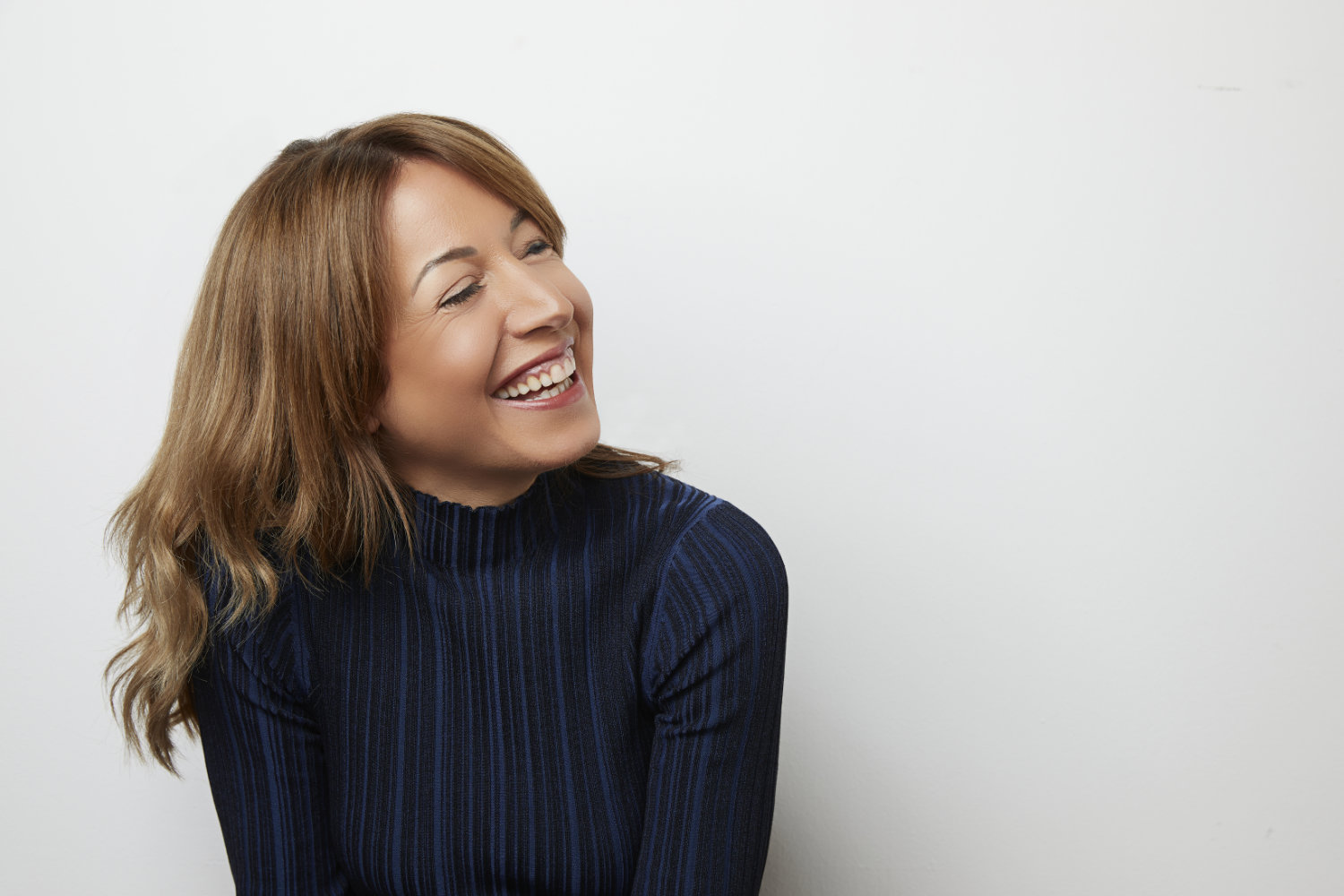 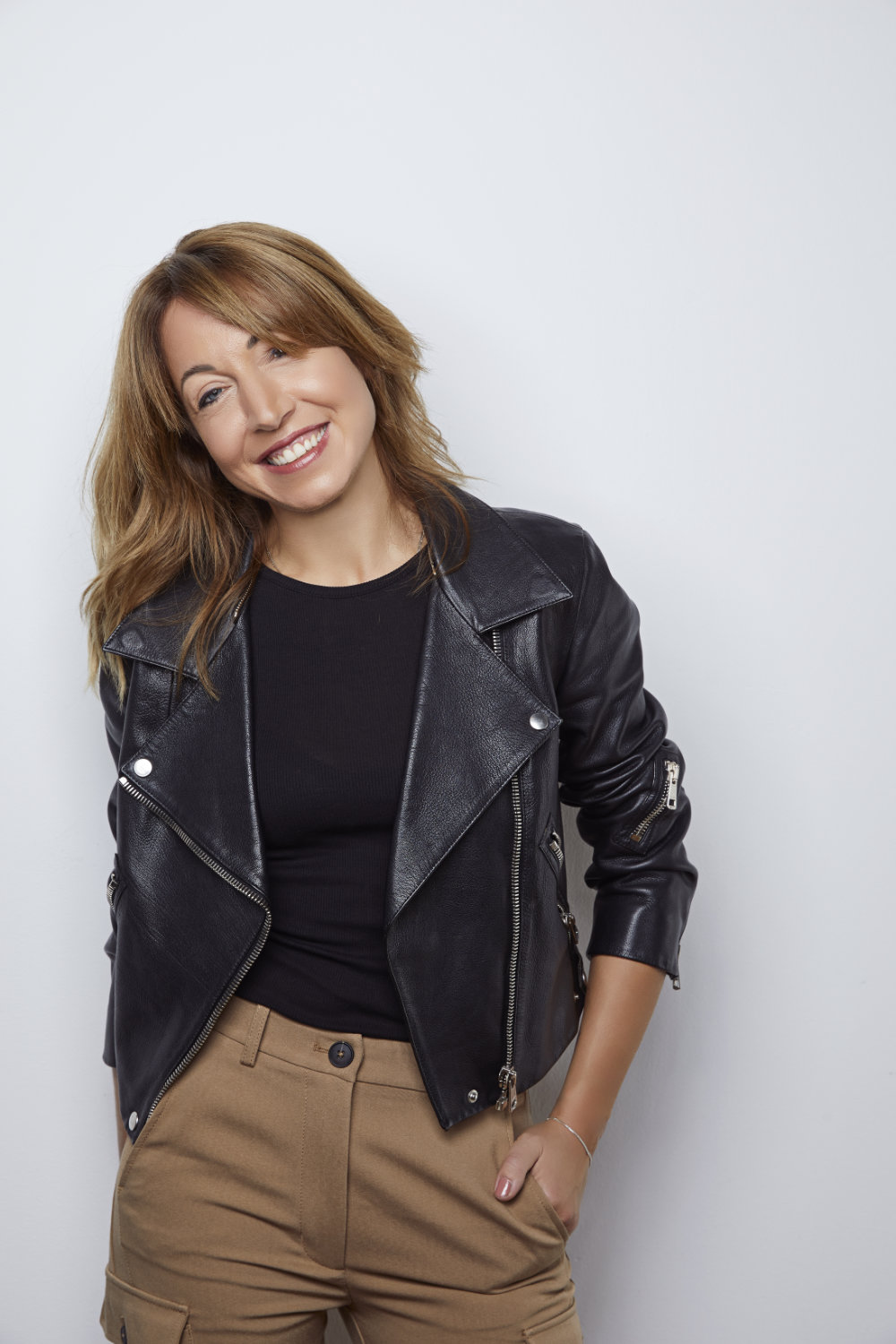 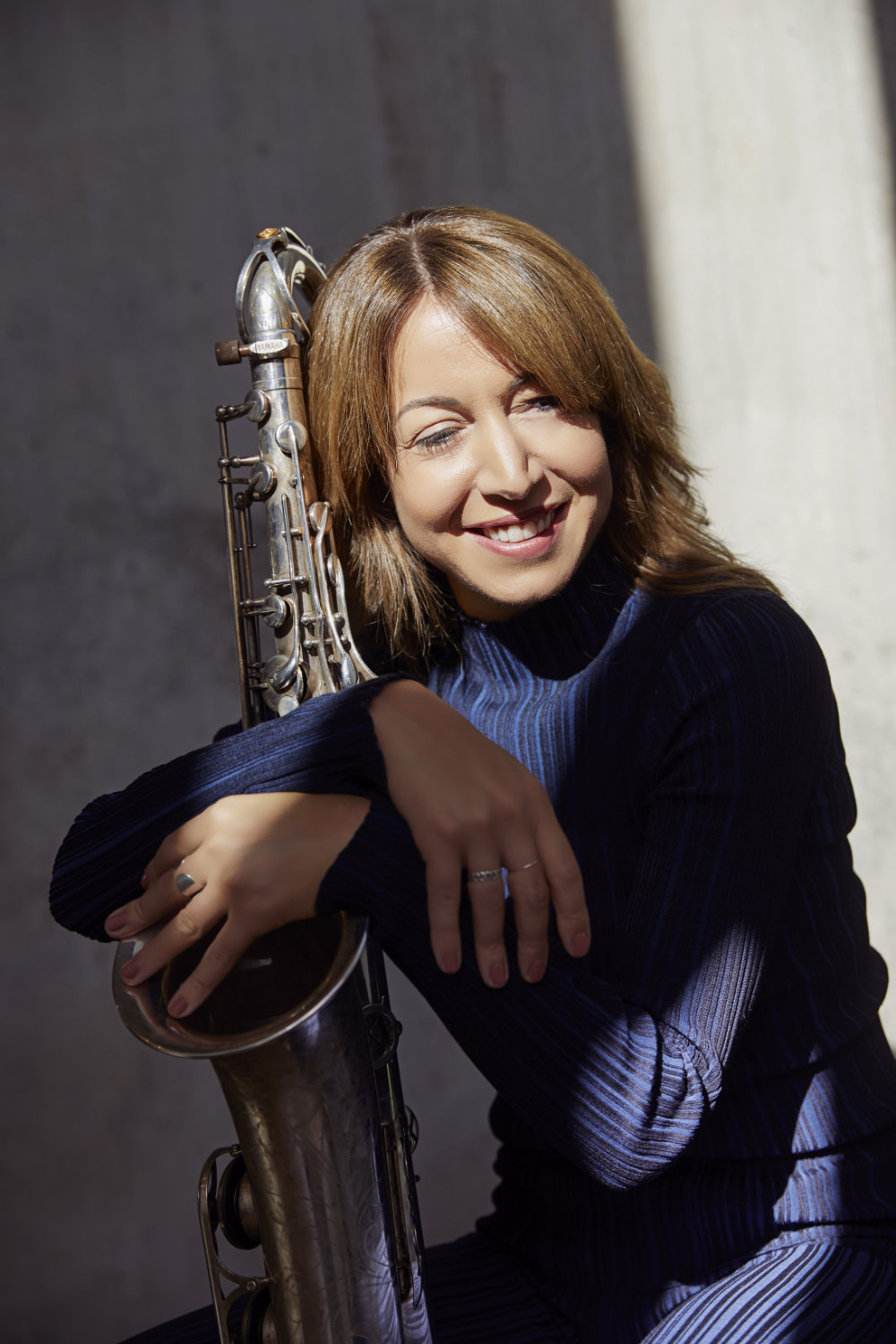 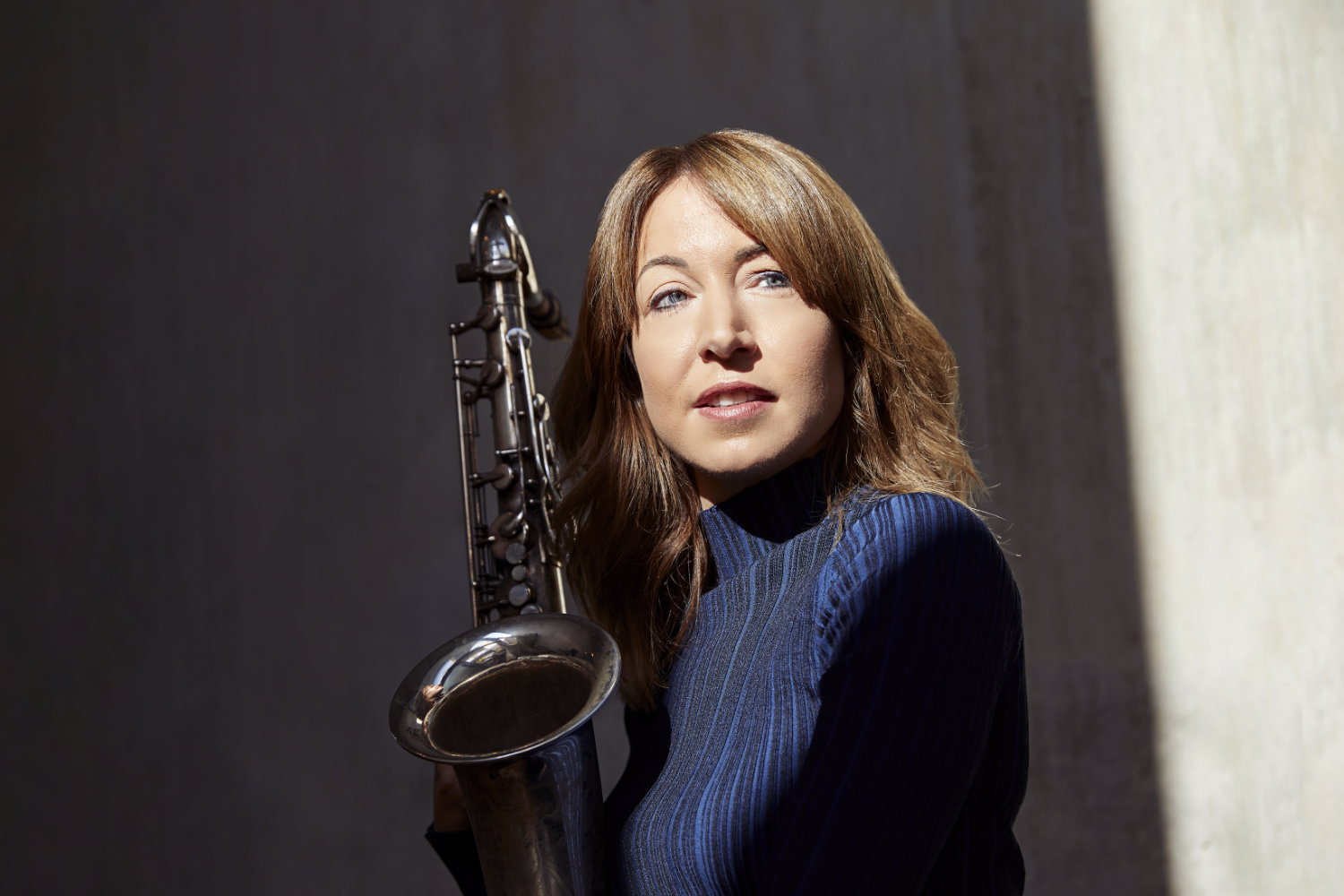 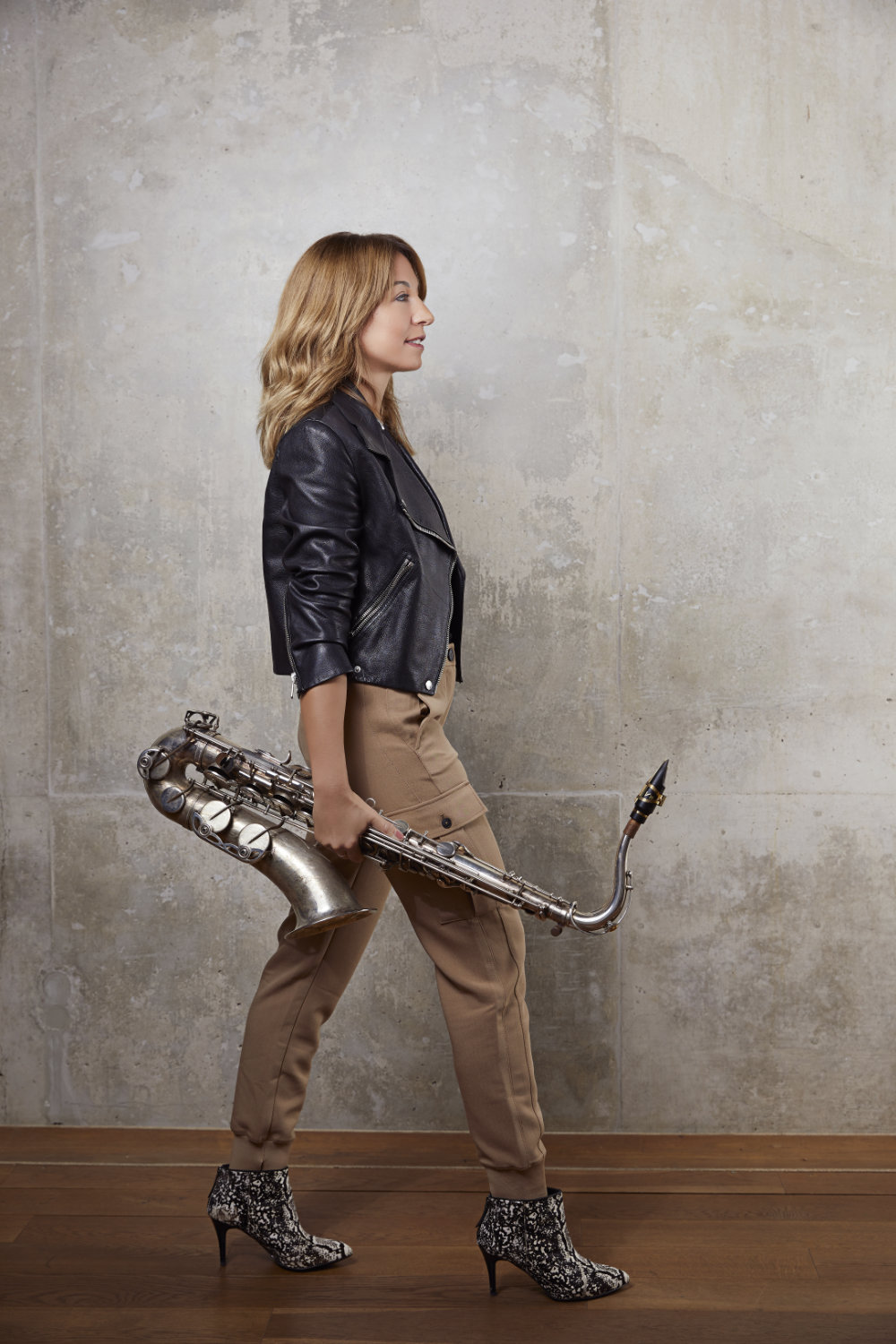