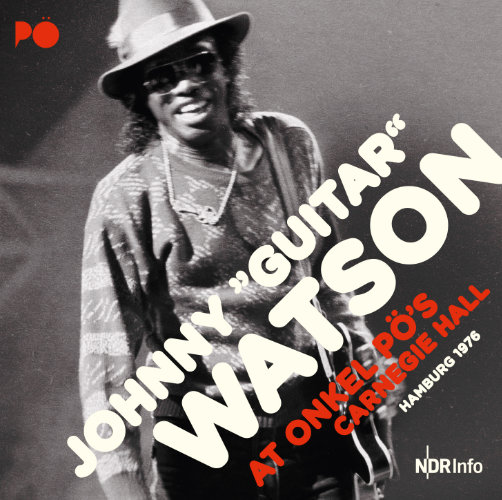 Those, who want to get some idea of the original vibe at the old “Onkel Pö” in Hamburg, have to meet up with Harriet Maué. If possible, at the spot where she always used to sit – on the right side of the stage, slightly centred, in the depth of the space and with a diagonal view on the stage (today the spot is occupied by the kitchen of a very common resto-chain). This is where the bar of “Onkel Pö’s Carnegie Hall” and thus Harriet’s workplace were located; for many visitors, this spot must also have been a sort of mystical “home”. Harriet was the den mother, so to speak, and when she starts talking about how it used to be at “Onkel Pö” in those long gone days, tears appear in her eyes; and a long lost world comes back to life.

Harriet, the lady behind the bar, had already moved to this happening-place together with her then husband, the bassist and programming expert Wolfgang Luschert, in the mid-60s. Their previous place of activity had been the “Jazzhouse”, located on Brandswiete opposite of the “Spiegel”. The illustrious-ironic name of their new home was a reference to the most spacious concert hall in New York: “Carnegie Hall”. The original version of Carnegie Hall had opened its doors to the world of jazz in 1938 with Benny Goodman’s legendary concert; several careers were made at its dimly lit North German miniature copy, which was initially based in classy Pöseldorf and later moved to and re-opened on Lehmweg 44 in Hamburg-Eppendorf. Only shortly before Johnny “Guitar” Watson, the Texan blues and funk musician, stopped by in December 1976, the most famous of all legends associated with “Onkel Pö” had come into existence: the dream-like success story of the until then virtually unknown singer Al Jarreau. In December 2016, four decades later, Jarreau once again toured Europe together with the NDR big band, performing Duke Ellington’s music – the tour must have brought back all the good old memories.

It was already some sort of tradition, that the NDR broadcasting-truck occupied the tiny parking spot next to “Onkel Pö”, when the “Watsonian Institute” (that is how the guitarist and singer called the band as a sort of pseudo-academic joke) was in town. Michael Naura from the broadcaster’s jazz-department had basically moved in permanently at the Eppendorf music-hall, at the latest since the first edition of the “New Jazz Festival” the previous year. Klaus Wellershaus from the NDR rock-fraction followed suite. This is the reason why the NDR-archive is blessed with a large number of recordings made at this rather tiny concert hall, which was already crammed with an audience of 150 people. However, often there were more than twice that many concertgoers squeezed in.

The audience can always be sensed (and heard) on the recordings made at “Pö”; and when a perfect entertainer such as Johnny Watson, born 1935 in Houston, Texas, occupied the stage, the Hamburg audience did play along accordingly, very much not highly reserved…probably the loud enthusiasm of one of the most important characters of “Onkel Pö” (besides Harriet) is clearly audible on the recording of the concert performed in early December 1976: the music critic Werner Burkhardt. Burkhardt (who wrote for “Die Welt” and later for the “Süddeutsche Zeitung” as well as designing exceptional radio programmes) was, together with Naura, Siegfried Schmidt-Joos of “Spiegel” and the bustling producer Siegfried E. Loch, one of the pillars of the media-hype and excitement surrounding the “Pö”. Burkhardt (who was a regular at Harriet’s bar for professional reasons) died in 2008, shortly after his 80th birthday… however, the history of “Onkel Pö’s Carnegie Hall” already ended on 31 December 1985. The building authority had detected that the continuous sound exposure had severely damaged the structural stability of the corner building on Lehmweg; this could not go on.
By the way, Johnny “Guitar“ Watson passed away on 17 May 1996 in Yokohama, Japan. He died in a way every truly passionate musician might hope for: he suffered from a lethal cardiac arrest “live in concert” and “on stage”. Twenty years earlier, on the evening documented on the current recording of the “Watsonian Institute”, “Onkel Pö” vibrated and pulsated; not only because of the powerful acoustics of the location but also thanks to the vibrant performance Watson managed to create anew for every show together with his well-arranged “working band”, strong even in the brass section. The concert took place shortly after the release of Watson’s album “Ain’t that a bitch”, which earned him a top spot among the performers of the then still relatively recent and stout funk-sound movement; and of course, Watson did perform tracks from that album in Hamburg.

However, you can feel that he was not only performing his “I am here to present my new album”-routine; Watson was quite aware that he was playing in front of a well-informed and demanding audience. A public, that wanted to be conquered and convinced. Whoever was willing to adhere to these rules had a good chance to succeed at “Onkel Pö’s Carnegie Hall”.