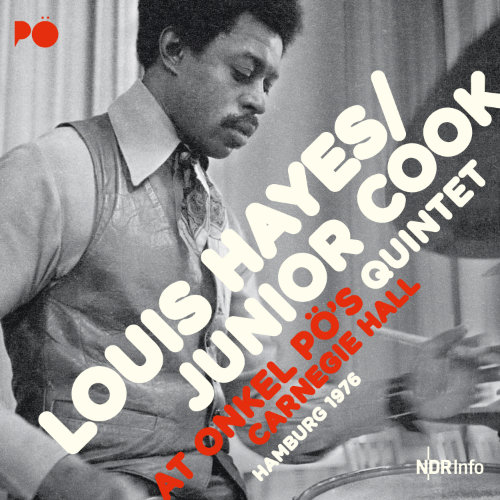 Songs for the Father

When he turned 80 himself, the drummer Louis Hayes once - and with renewed enthusiasm - remembered the master of jazz, to whom he himself owed so much: the pianist, composer and style-forming bandleader Horace Silver, who had passed away three years earlier and who had spent the last years of his life gravely ill. However, another six decades earlier, the very same Horace Silver, who back then had just started his own band after leaving Art Blakey’s “Jazz Messengers”-school, asked a not-yet 20-year old guy from Detroit, who had gained his first experiences side-by-side with saxophonist Yusef Lateef, to join his ensemble. For the following three years Louis Sedell Hayes was the drummer in Silver’s quartet; and although he soon moved on to join Cannonball Adderley’s band and later Oscar Peterson’s trio, his time with Horace Silver has influenced him for the rest of his long jazz-life.

This could also be felt in March 1976 at the concert given by the quintet, whose leader Louis Hayes was, at “Onkel Pö’s Carnegie Hall” in Hamburg-Eppendorf; and this even without any compositions by Silver on the playlist of the evening. Silver was there: also because Woody Shaw had been influenced by him, too. The trumpeter turned 32 in the year this recording was made and was already on track for a career, which would make him one of the most important representatives of contemporary jazz (silenced way too early!). Shaw died in 1989, not even 45 years old. Already almost completely blind, he lost an arm in a subway-accident. Shortly afterwards his body just gave up. Recordings of Shaw together with his own ensemble are among the highlights of the “Onkel Pö”-series and more will follow soon. Shaw is exemplary for the musician at the crossroad between tradition on the one side and change on the other. He was able to perform freely but still keep a close attachment to the masters who had influenced and formed him. Until today he is one of the great forbears and casts a long shadow on young musicians, who again and again explore the narrow path which separates tradition and progress.

Who performed alongside Shaw that evening at “Onkel Pö” under the benevolent leadership of Louis Hayes? The saxophonist Junior Cook, ten years Shaw’s senior, was also influenced (or received his finishing touch) by his close cooperation with the exceptional jazz-stylist Horace Silver. Cook was a member of Silver’s band until the mid-1960s, after having performed with Dizzy Gillespie before. Afterwards he moved on to Blue Mitchell and countless others; in the mid-1970s he was available to join a quintet newly formed by the former Silver-partners Hayes and Shaw. The very same ensemble also recorded “Ichi-ban”, a composition by Hayes with Japanese motives, which also formed part of the playlist at “Onkel Pö”. Bassist Stafford James, born in 1946 and the youngest member of the quintet performing at the “Onkel Pö” that evening,

continued to perform regularly together with Woody Shaw later on, e.g. also at the 1982 visit to “Onkel Pö”; just like pianist Ronnie Matthews, James was also a graduate of the most important hands-on jazz-academy ever, the “Jazz Messengers” ensemble of Art Blakey. Matthews passed away in 2008 at the age of only 53. Cook had already died aged 58 in 1992, after a life of teaching and performing with his own ensemble and the big-band formed by McCoy Tyner.

It is certainly not self-evident that a person like Louis Hayes turns 80 in good health and is still full of creative energy (as his homage to Horace Silver from 2017 proves). The veteran from Detroit shows some qualities that are beneficial for his long-term wellbeing. For instance, he is an expert in conserving his energy; Louis Hayes is certainly no showman behind drums and cymbals. He is never ostentatious but knows precisely when his input is needed, not only to enrich the overall sound of the ensemble but to decisively shape it. He also has the ability to wait in the wings, even if it takes a while – remember, the “Onkel Pö” recording dates back to a very relaxed period, when soloists regularly took quite some time to perform individual pieces. Sometimes one track could last for half the concert.

This is one of the reasons why the current recording is presented as a double-CD. Quite often it was Harriett, the legendary ruler over bar and beer tap at the old “Onkel Pö”, who had the final say when it came to deciding when to stop the show, by calling last orders – especially when (as was the case on the evening in question) the musicians themselves would have gone on ‘forever’. Many in the audience would have probably preferred to continue listening to this well-matched quintet for the rest of the night. The artists would certainly also have honoured Horace Silver – with Silver’s very own “Song for my father”. But Silver was present all along: as a guiding spirit.