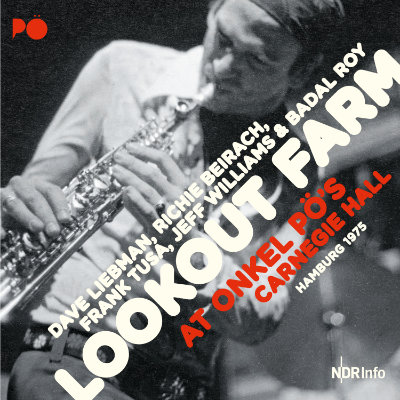 Reverberations from the Future and the Past

Just recently two brilliant minds of modern jazz celebrated a truly exceptional anniversary. David Liebman, the 1946 born saxophonist from New York and Richie Beirach, one year his junior and a leading exponent of the modern jazz-piano who, just as Liebman, came from New York and spent much of his life in Cologne, have literally met 50 years ago for the first time. Thus, the pair knows each other since 1969 and highly appreciates the work accomplished together. As it should be with two masters of their standing, they celebrated the special occasion with a small party and a major CD; on a double CD (released on JAZZLINE just as this recording) the two take on European classics of concert music, ranging from Johann Sebastian Bach to Bela Bartok, and tell stories full of reverences – how do these musical traditions of past centuries interact with the contemporary language of jazz and which inputs can the methods of jazz offer to the compositional stringency of the classical repertoire? It is indeed a wide subject Beirach and Liebman are exploring …

Now, only a short time later, follows the second come-together of the two jubilarians commemorating times long gone with music that remained very much relevant over the years. In 1975 the NDR established its own festival to provide the then so-called “New Jazz” with a home base in the Hanseatic City of Hamburg, which was suffering slightly under the omnipresent and highly respected swing- and Dixieland traditionalists, who provided a cosy but hardly innovative version of jazz. The golden age of the endeavour to establishing a “new sound” of jazz on the river Elbe had ended in the 60s with the closure of the legendary “Jazzhouse”. To put “New Jazz” in the title of a festival could therefore be considered courageous indeed. The most daunting task was taken on by Wolfgang Kunert, who was responsible for programme and structure of the NDR Bigband, back then still named “Studioband” and which - at times - also performed as a dance orchestra and a harbour-side band. It was this orchestra which in the “Fabrik” at last perform in front of a jazz-audience. Also with the help of some famous guests, like the trumpet player Dusko Gojkovic, the band was immediately and permanently acknowledged as a full-fledged classic-modern style big band in the Duke-Ellington tradition. But that is a story of its own. As a second venue of the “New Jazz” festival “Onkel Pö” was selected – the club which had established itself as a new home of jazz in Hamburg. Also for the club the festival meant a substantial boost.

Part of the 1975 festival programme was a band founded by Liebman and Beirach some two years previously under the enigmatically beautiful name “Lookout Farm”. The first and universally acclaimed record was released on the German label ECM. Liebman, Beirach as well as bassist Frank Tusa and percussionist Jeff Williams were undoubtedly at the centre of this vehement awakening of a newly liberated music; ostentatiously, at the Hamburg festival concert the quartet invoked themes and motives by John Coltrane, back then the visionary leader of everything new in the world of jazz. Undoubtedly, Liebman - still a twenty-something in 1975 - had established himself very quickly at the centre of the post-Coltrane era; those in the audience who were able to follow the shimmering lines he educed from the instruments with radical techniques always also discovered elements of the stories once told by Coltrane. In the course of their collaboration Williams (who was still very young back then and has remained an incredibly agile musician until today), bassist Tusa, the Bengali percussionist Badal Roy and – first and foremost – Beirach developed a collective sound, which turned Coltrane’s ideas into strategies for a modern ensemble-sound.

The concert on 6 June 1975 started with two compositions by Liebman, whose closely set motives were developed into spacious phantasies by the unleashed soloists. Next up was a standard from Frank Sinatra’s repertoire and a curtsy to the master Coltrane, to whom the quartet owed the new freedom. A jointly worked out cheeky short piece concluded the programme: “Fireflies” are flying shimmering and glimmering through the concert hall …

From today’s perspective it make sense to call to mind the environment in which the adventure “Lookout Farm” took place – for example, the destructive momentum present in the radical free jazz scene of the 1960s was almost overcome and was replaced by the search for new forms of expression. At the start of the very first Hamburg “New Jazz Festival” precisely this development could be witnessed live on stage: Pure power, energy and the inspiring effect of something new, making use of the traditional and obsolete material to aim at new goals just becoming apparent on the distant horizon. The band formed around Liebman and Beirach remained in business for several years; during this time – touring with the “Lookout Farm” or rehearsing – the two friends grew ever closer, laying the foundation for a friendship of 50+ years.

The concert at “Onkel Pö” already offered a glimpse at this great future laying ahead.